Photographing the endangered Ae’o, also known as the Hawaiian Stilt, at the Kawai’ele Waterbird Sanctuary was a challenge.  There were only two or three pairs that we could easily see and they were foraging on the far side of the shallow pond at the Sanctuary.  We had to carry our tripods and long lenses (Nikon D5 and Nikkor 600mm f/4 and 1.4 X TC) on our shoulders  across the sandbars to approach them and there were eight of us so we were not inconspicuous.  We advanced slowly, keeping our eyes on the birds as we walked.  As we got closer, to make ourselves the least disruptive as possible, we moved one at a time and, instead of carrying the tripods slung over our shoulders, we held the heavy hrigs extended in front of us, legs down,  ready to quickly set them down in case  we disturbed the birds.  It was a slow approach. 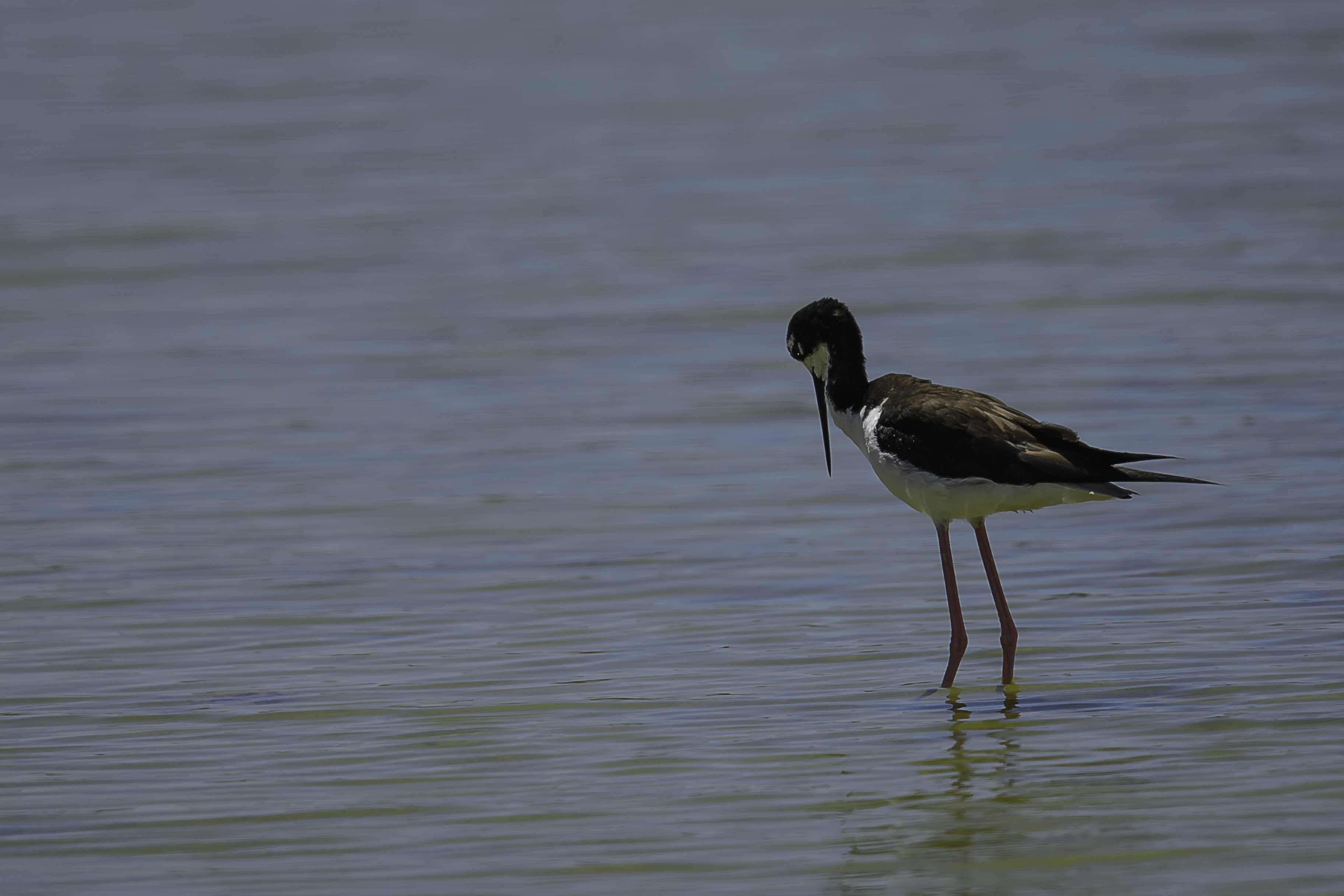 Female Ae’o, identified by brown back

It was also mid afternoon and the temperature was  in the high 80’s maybe low 90’s with humidity to match.  We would have welcomed a rain shower but there was none in sight.  We finally got close enough and the birds cooperated by moving toward us.  We took advantage of the opportunity we had to photograph these endangered birds despite less than ideal conditions with harsh, midday light and heat shimmer. 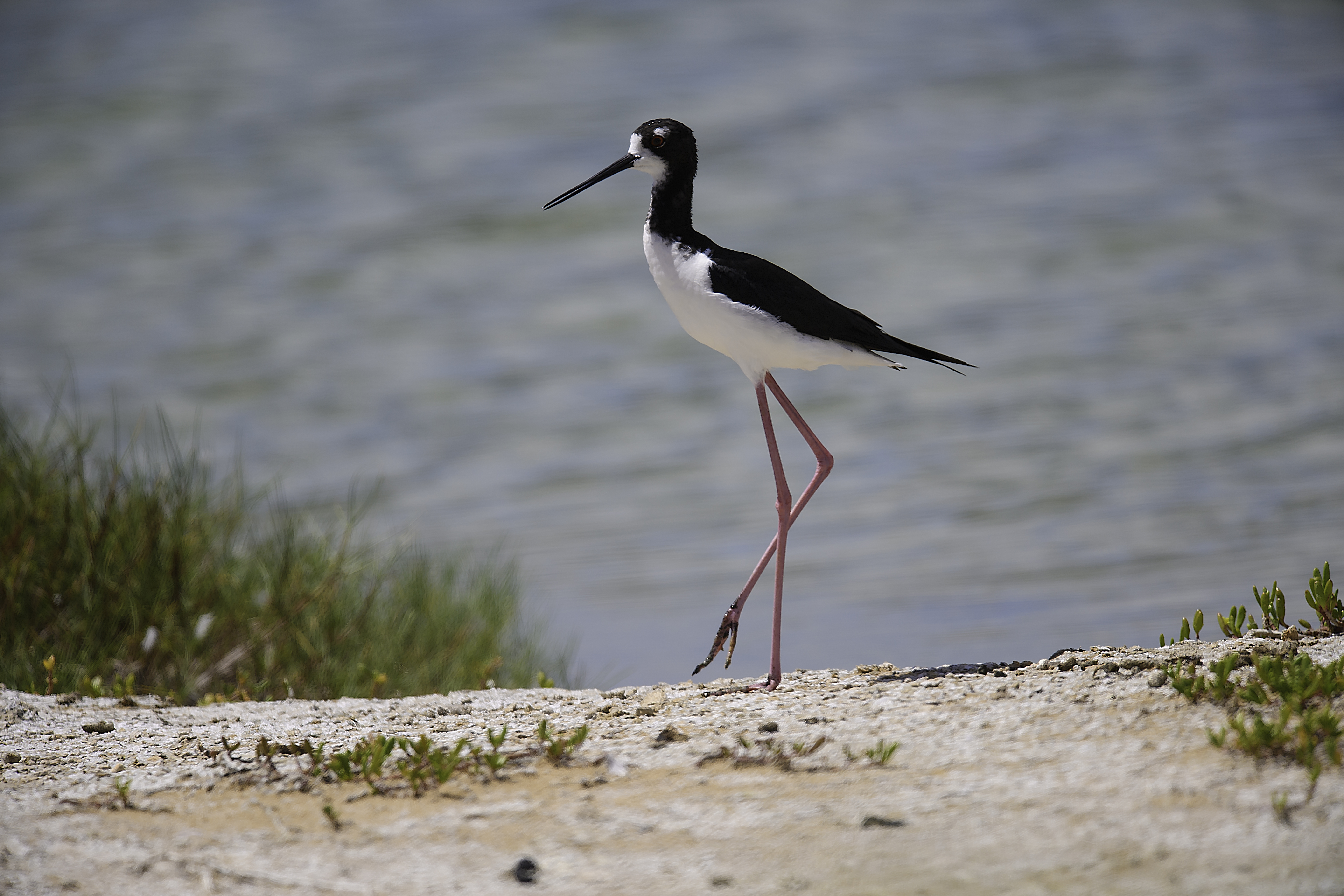 Male Ae’o, identified by black back

At one point, one of the Ae’os moved out of the water onto a sandbar, showing all of the stilt’s incredibly long pink legs.  He strutted proudly across the sandbar.  According to the Cornell Lab of Ornithology, the stilt has the longest legs, compared to body size, of any other bird species.  Those long legs are on parade, so to speak, in the photograph above. 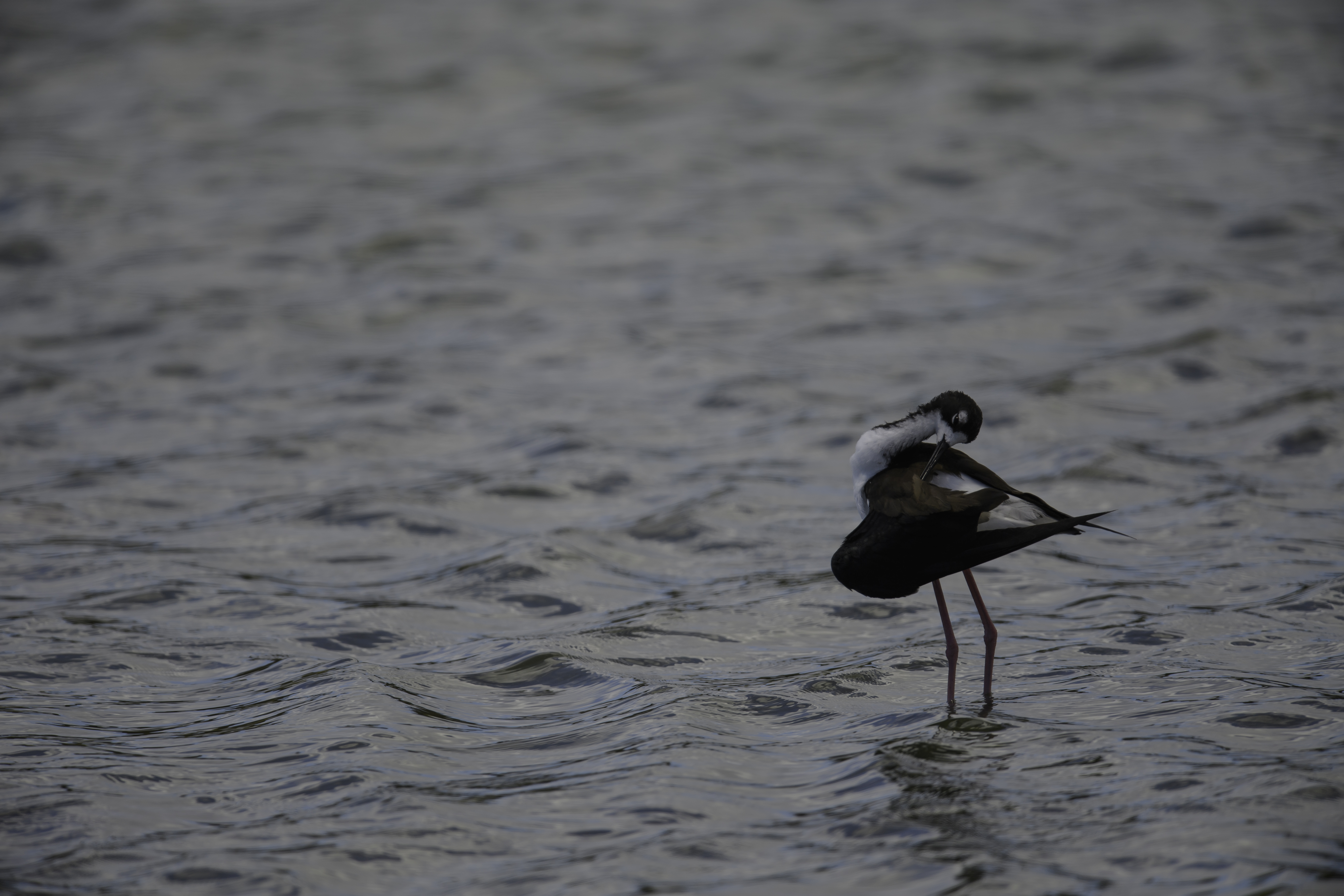 When clouds briefly obscured the sun, giving us a few moments of relief, this Ae’o took the time to preen. 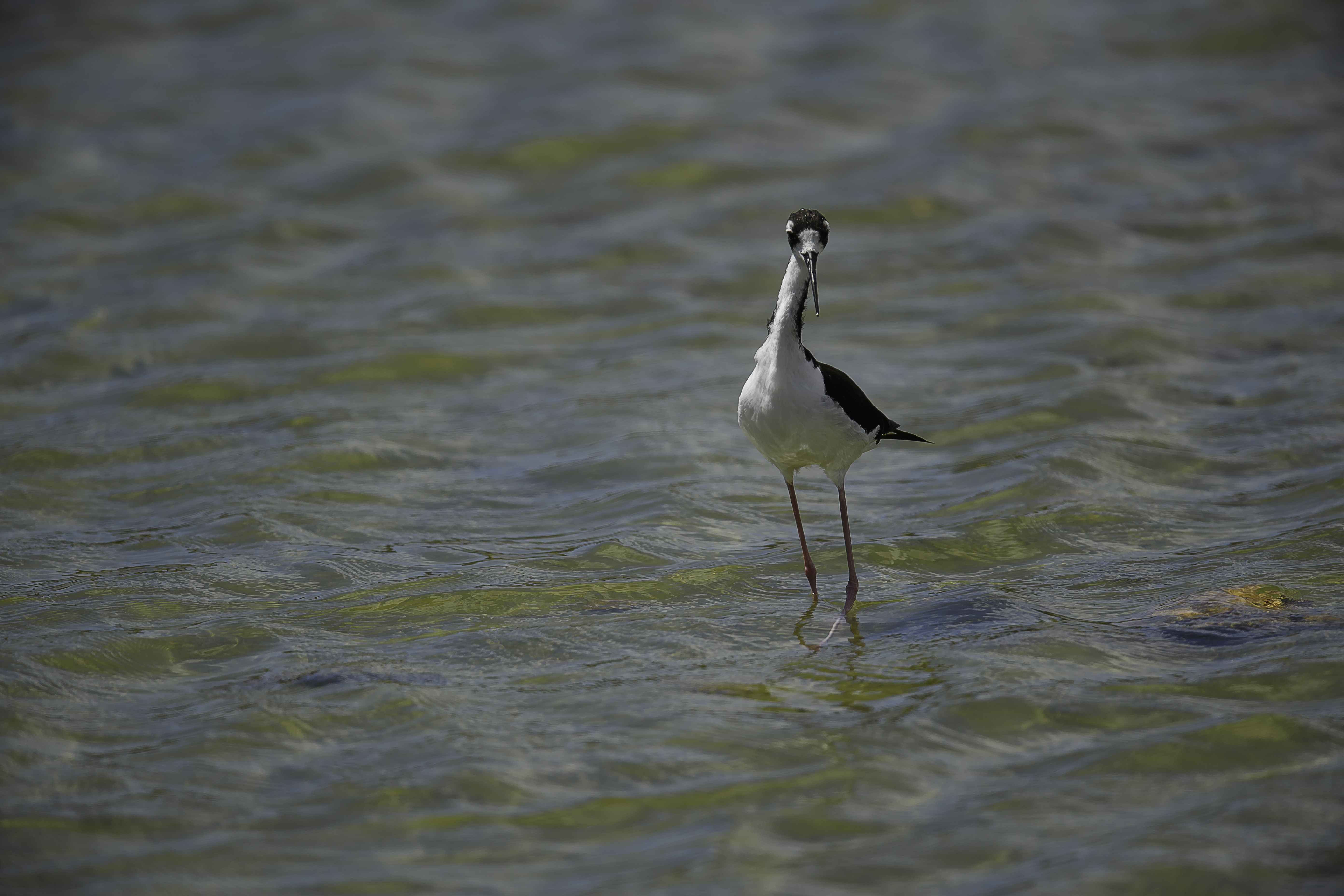 While we watched them, the Ae’os spent most of the time wading and probing and watching for invertebrates under the water.  The Ae’o above sees something to investigate in the water.

When we could no longer tolerate the punishing heat and humidity, we slowly backed away from the birds the same way we came in and made our way back across the sandbar to the vehicle.  By our slow approach, making no sudden movements, and keeping our eyes on them to know whether they were bothered by our presence, the birds were not upset and we were rewarded with time to spend observing the fascinating, endangered Ae’o.