It’s late spring in the Blue Mountains of Oregon and it is beautiful.  I’m here to photograph Great Gray Owls but they are elusive creatures.  And, so far, despite having a Forest Service map that indicates possible nest sites and despite walking more than seven miles in a day and a half on dirt roads, dusty trails, and across wildflower covered meadows in search of some of the possible thirty nest platforms installed by the Forest Service and the owls that might be using them, we have come up empty.  We have discovered four out of thirty nest platforms in the area, only three intact, and those were empty.  Discovering the nest platforms on Saturday after finding nothing on Friday has inspired us.  The only other evidence we have found so far is a fallen stump with remnants of an owl nest some years in the past, and a single feather from an owl branchling —a branchling is what young owls are called when they leave the nest but have  not yet fledged.

Although we haven’t seen, let alone photographed, any Great Gray Owls, we are enthused about our mission and awestruck by the beauty and serenity of this place.  Wildflowers are sprinkled across the meadows and birds sing surrounding us with their melodies.  Columbine, wild rose, blue and yellow lupine, larkspur, yarrow, and mule’s ears are everywhere.  After about five hours criss-crossing meadows and forests in search of the owls, we decided to go to breakfast.  We’d been at it since 4AM and needed a break.  But, we decided we couldn’t leave without taking some photographs so instead of going to breakfast right away, we spent another hour photographing the Mule’s Ears. I used my 10.5 mm fisheye with my Nikon D500 for a different perspective on these rather ordinary, daisy-like flowers. 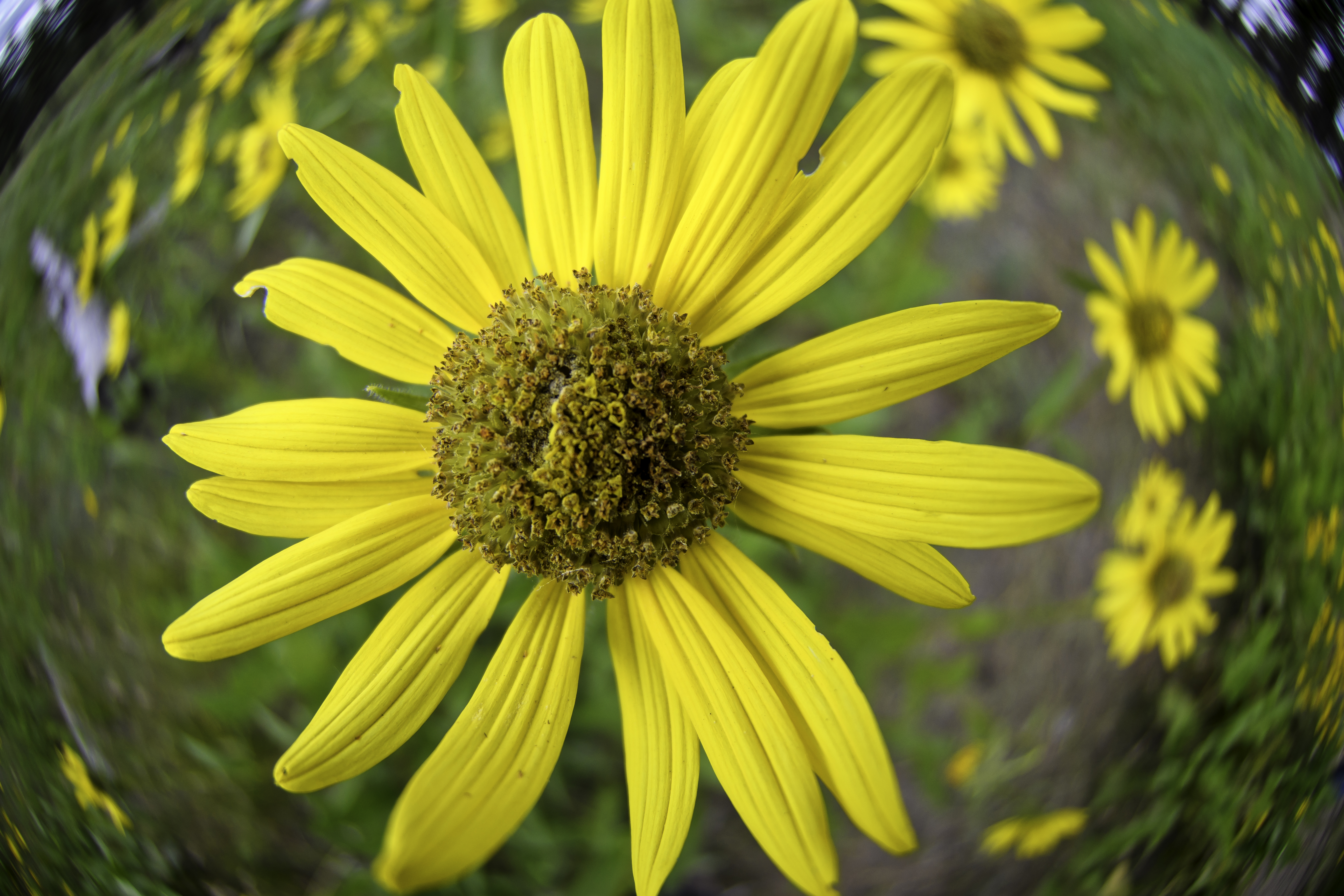 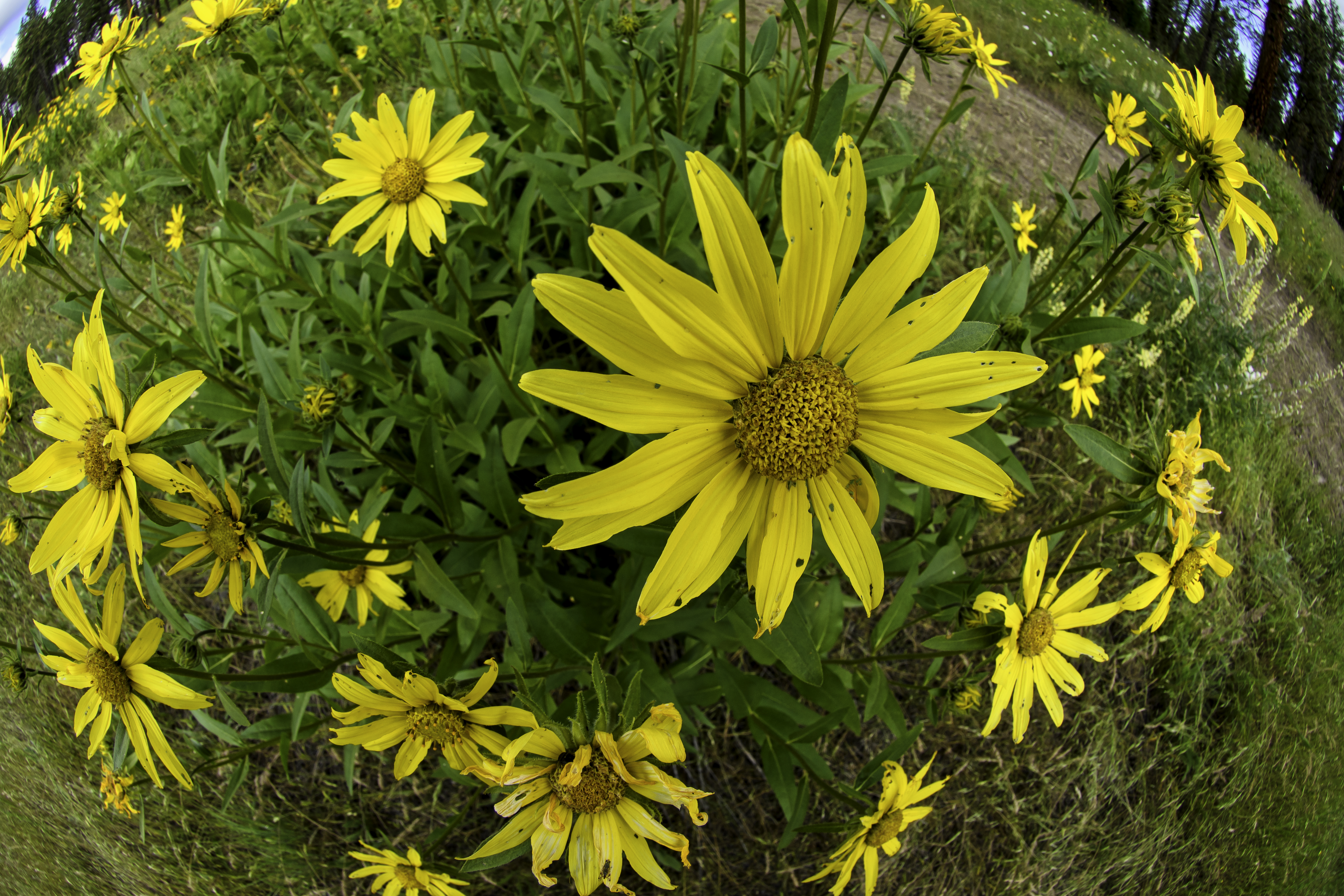