The beauty and serenity of  the meadows of the Wallowa-Whitman National Forest in the Blue Mountains of Oregon made our unsuccessful quest for Great Gray Owls there a pleasant and delightful experience.  Each meadow that we visited, as we sought the elusive owls and their equally elusive nest platforms, seemed to have its own unique ecosystem; birds and wildflowers varied depending on where we were.  We found Pileated Woodpeckers in one area, Northern Flickers in another. Oregon Juncos were prevalent in some places, Western Bluebirds in another.  The wildflowers changed with each meadow as well.  Tiny pink Wild Roses spread out in some meadows, Larkspur and Columbine dominated others.  I regret that I was so focused on the owls that it wasn’t until late in the week that I started to take photographs of some of the wildflowers. 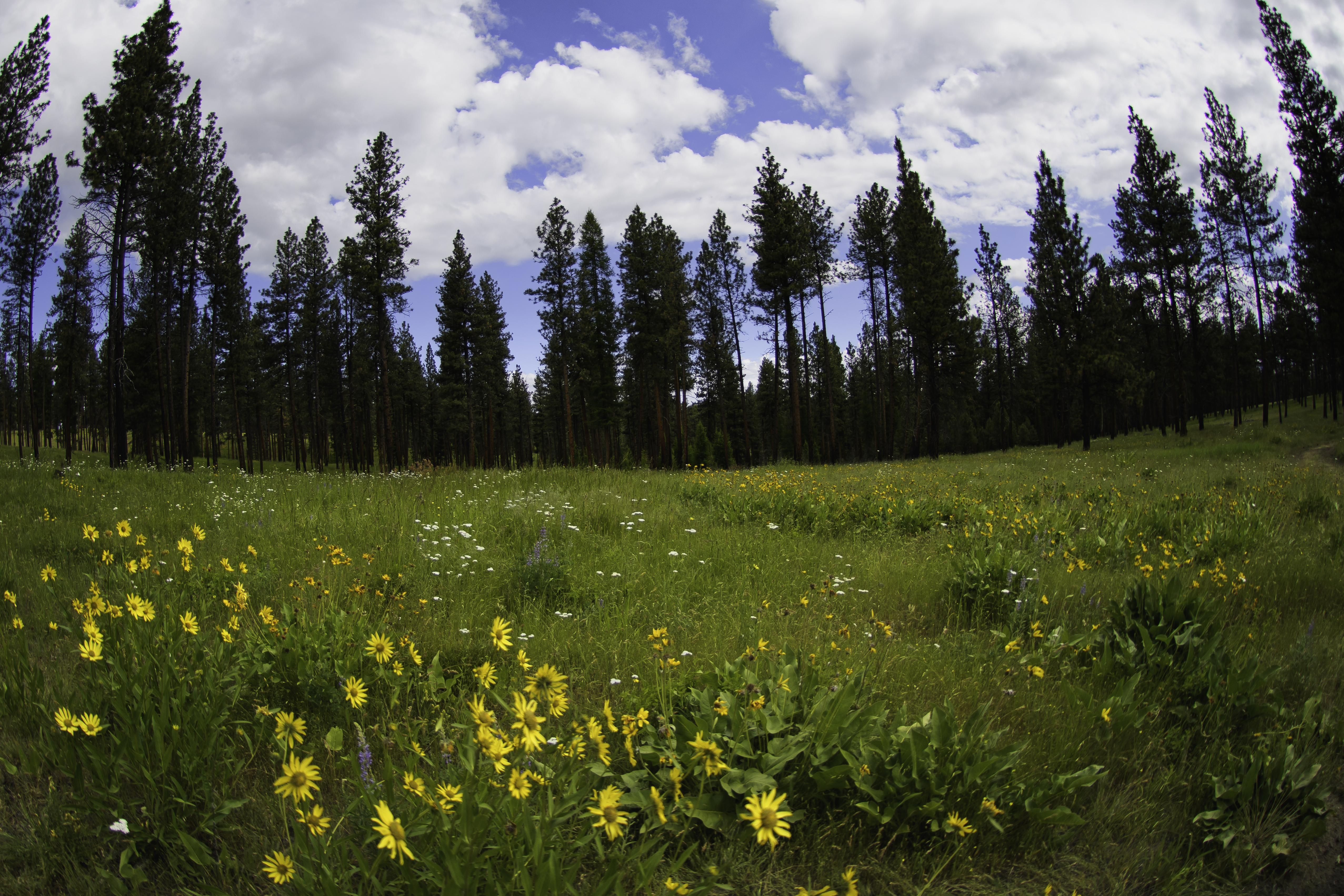 The meadows were small oases in the center of Ponderosa Pines and Douglas Firs.  The dominant species of wildflowers on this particular meadow were Yarrow, Balsamroot, Lupine, and Mule’s Ears.  I was able to identify the flowers from a US Forest Service brochure on commonly found wildflowers of the area.  To take this photograph, I used my Nikon D500 and my 10.5mm Fisheye.  By placing the horizon line at the center of the viewfinder, most of the distortion from the fisheye lens disappears except at the outer edges where the distortion is visible as the trees curve inward.

When I finally started to photograph the flowers, I wanted to showcase the individual types of wildflowers so I used my Nikon D5 and 70-200mm lens to isolate them at 200mm.   And, appropriately enough, while photographing the flowers, we were serenaded by a Western Meadowlark from the top of a Ponderosa Pine. 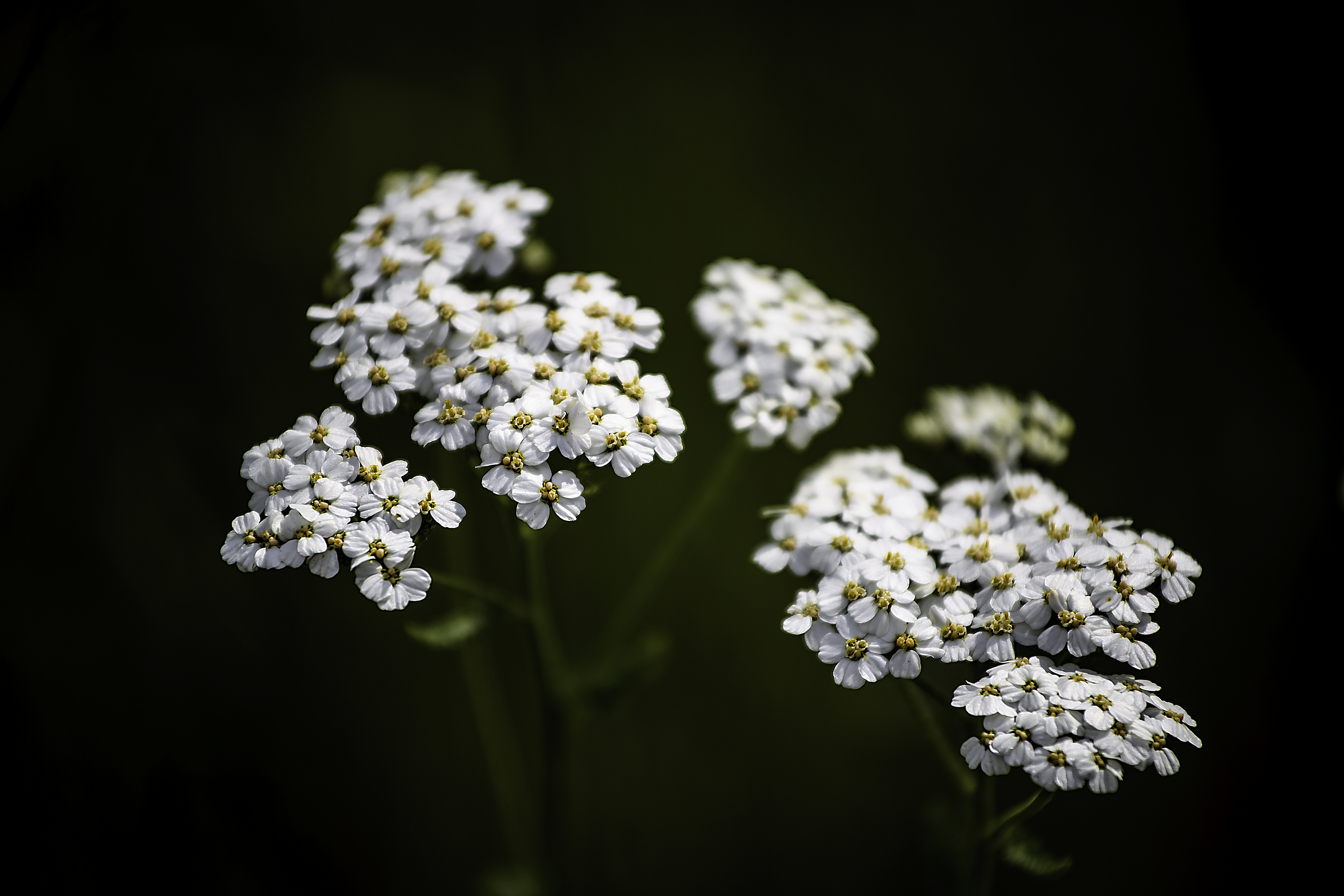 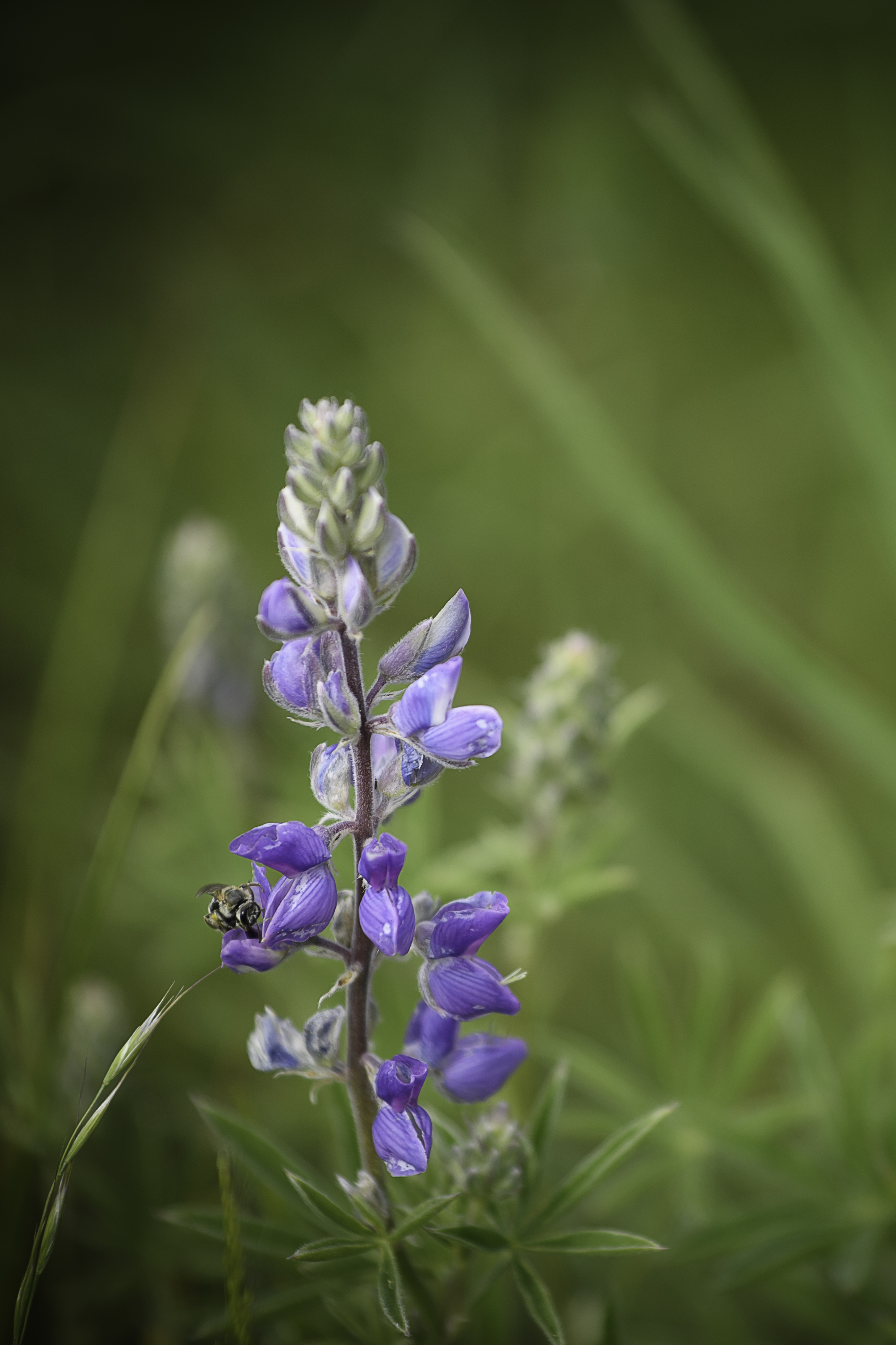 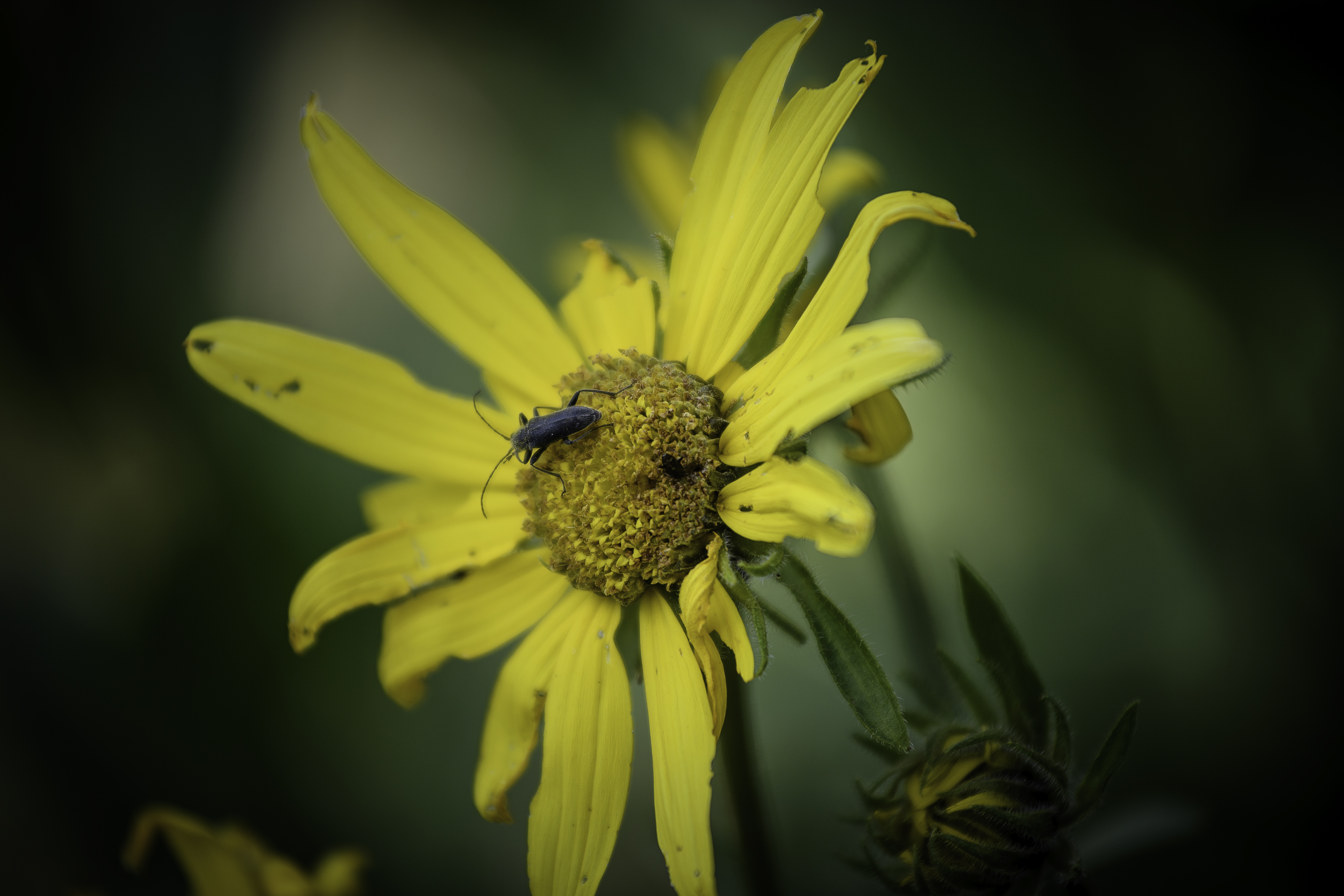 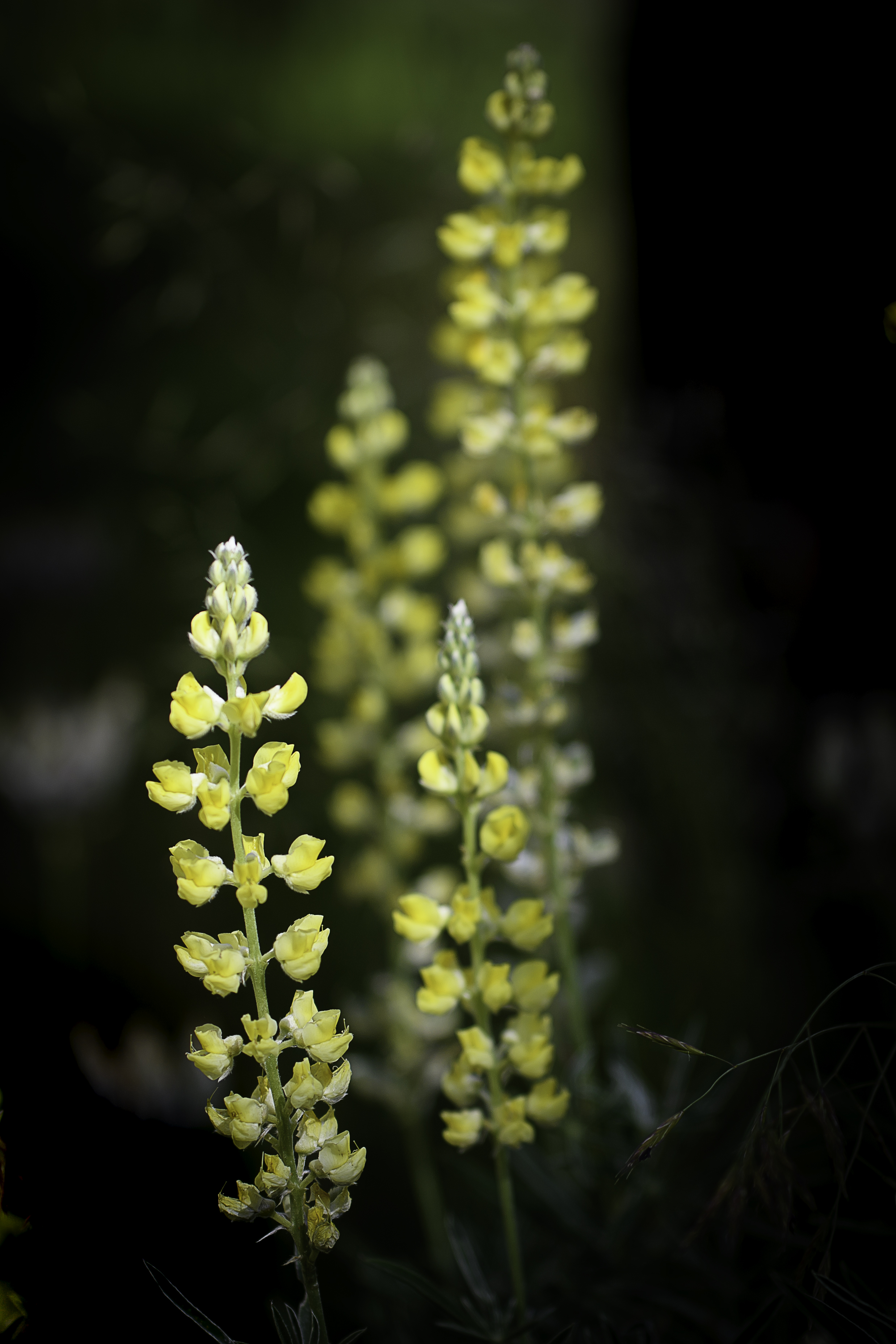