It’s not too early to start practicing for my July trip to Madera Canyon, AZ to photograph hummingbirds.  The hummers have been active in my yard again but it is either females or juveniles.  I haven’t seen any brilliant red gorgets so far this spring.  There are several skirmishes each day at the feeders.  I’m not sure if it is young males or aggressive females but it seems only one can feed in the yard at a time, despite the three feeders, each with four spigots.  I’ve never understood that about my feeders.  Others have one feeder that is crowded with hummers.  I have three feeders and only one bird in the yard at a time.

I first thought this was a female Anna’s Hummingbird but on closer inspection, it might be a juvenile male Anna’s Hummingbird.  It is hard to tell because they both have white on their tails and some colored feathers on their necks.  The bird(s) visited the feeder over a 30 minutes period that I sat outside.  One of the birds had buff sides which might indicate it is a female Black-chinned hummingbird.  I got only one shot (not a great shot) of that bird which shows the buff sides and the different coloring under the beak.  I’ll have to try to get better photographs when I try this again

We’ll be using flash a little differently in Madera Canyon this year.  Instead of using a reflector, we’ll be using two mini soft boxes on the same mount we used last year.  I won’t get a chance to practice using that rig until I’m home from my next trip because my order from B&H won’t be arriving until Friday, too late for me to try it out.  Instead, I just mounted a single flash in the hot shoe and used Shutter Priority instead of Aperture Priority.  Nikon D500, 300mm PF, 1.4x TC @ 1/250 second shutter speed and with high speed sync to allow the flash to work with the faster shutter speed.  My goal was to pay attention to the background to avoid clutter and to avoid getting feeders in the shot since the bird opted for the feeders and not the flowers. 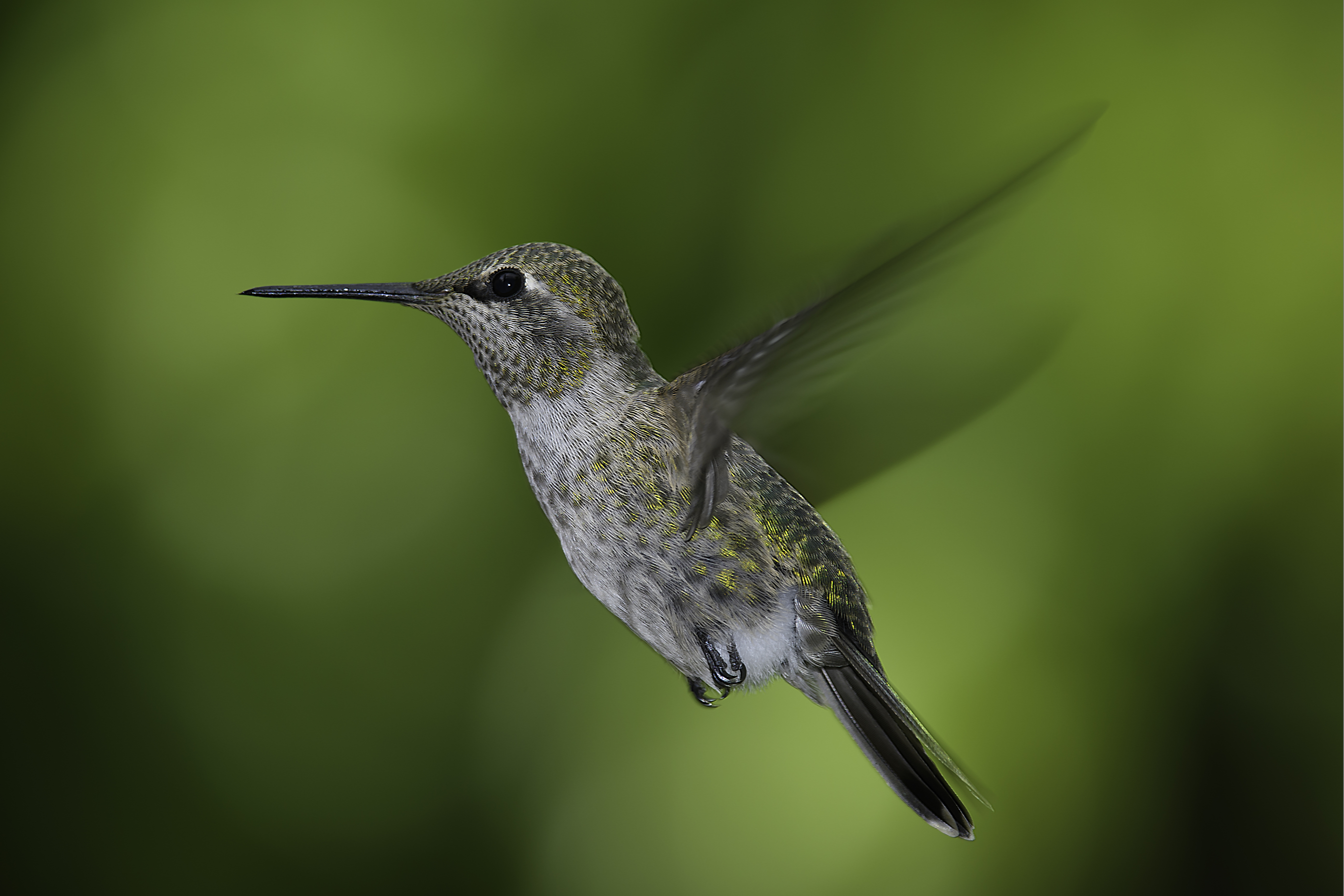