Aviators stationed in the Pacific nicknamed the albatross Gooney Birds.  They are anything but gooney.  They are large with a 6 to 7 foot wingspan and graceful and they stay aloft for hours without flapping their wings.  The Laysan Albatross is a summer resident in Hawaii, nesting on the islands and soaring on the Trade Winds.  We watched at least one as it circled the Kilauea Point Lighthouse near where we believe it had nested.  It is so large and flew so close that I had difficulty keeping it in the frame without clipping wings because I had my Nikon D5 and 300mm lens with the 1.4x teleconverter.  We visited the point twice and these photographs were taken on different days.  The birds are banded.  Sometimes its easy to read the band, other times, not. 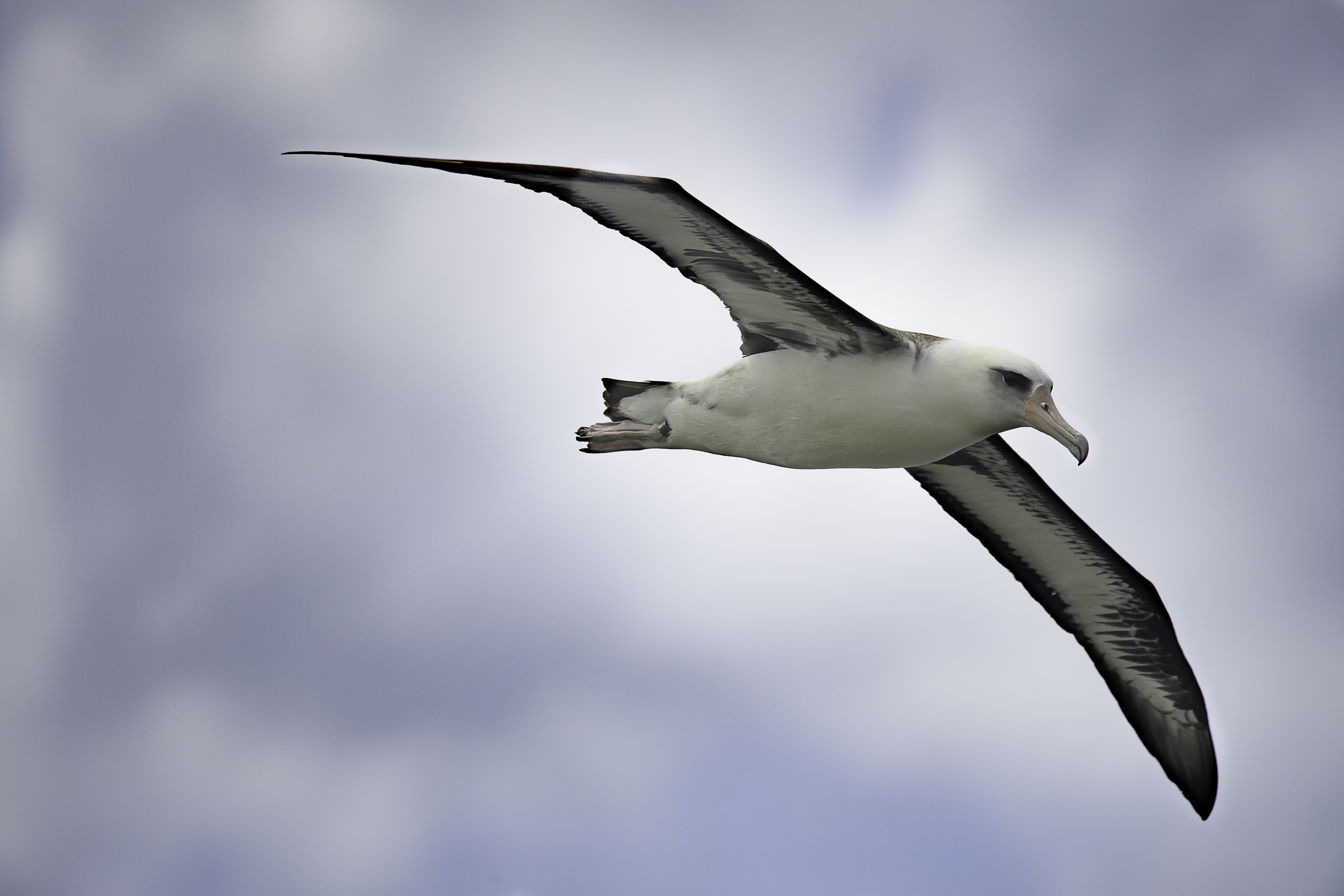 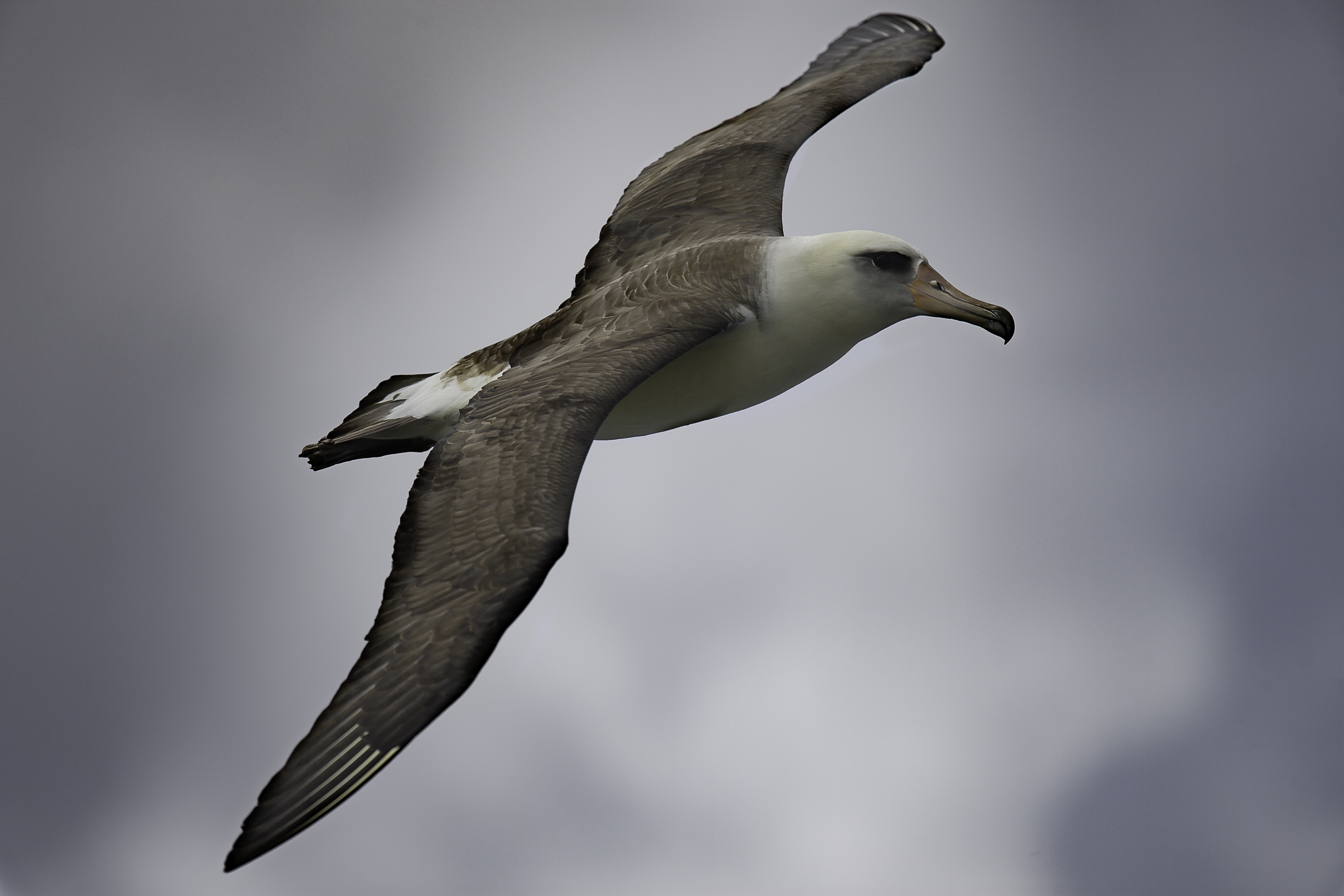