There we were, rounding the turn on Road 21 heading into the straightaway when Eric asked Moose to stop to investigate a noise.  “Left rear tire’s flat,” Eric said.  It was the morning of our first day in search of Great Gray Owls at the Spring Creek Management Area of the Wallowa-Whitman National Forest in the Blue Mountains of Oregon.  Our mission to find the Great Gray Owl hit a snag.  Our rental vehicle, a Chevy Tahoe, was disabled and wasn’t going anywhere and time was at a premium.

The Pit Crew sprang into action.  Moose took charge and started loosening the lug nuts.  Eric worked on removing the spare from its cradle underneath the vehicle.  Richard wrestled with the jack housing but eventually prevailed and managed to wrench the jack from an almost inaccessible well in the back but not before threatening the engineer who designed the jack storage system with unprintable mayhem.   I felt helpless but offered the vehicle’s operating manual, only to be rebuffed with the words, “We’re men.  We don’t need manuals.”  I knew that was said in jest so  I laid it on the bumper in full view.  When they finally realized the manual was the only way to figure out how to jack up the vehicle, I got my camera to record the crew in action.

From flat to fixed was less than 30 minutes, a darned good record for changing a huge tire in an unfamiliar vehicle on a rural dirt road.  Kudos to The Pit Crew!  It probably didn’t rise to the level of Indy pit crews, but I was sorry I didn’t have a big bottle of milk to dump over their heads to celebrate. 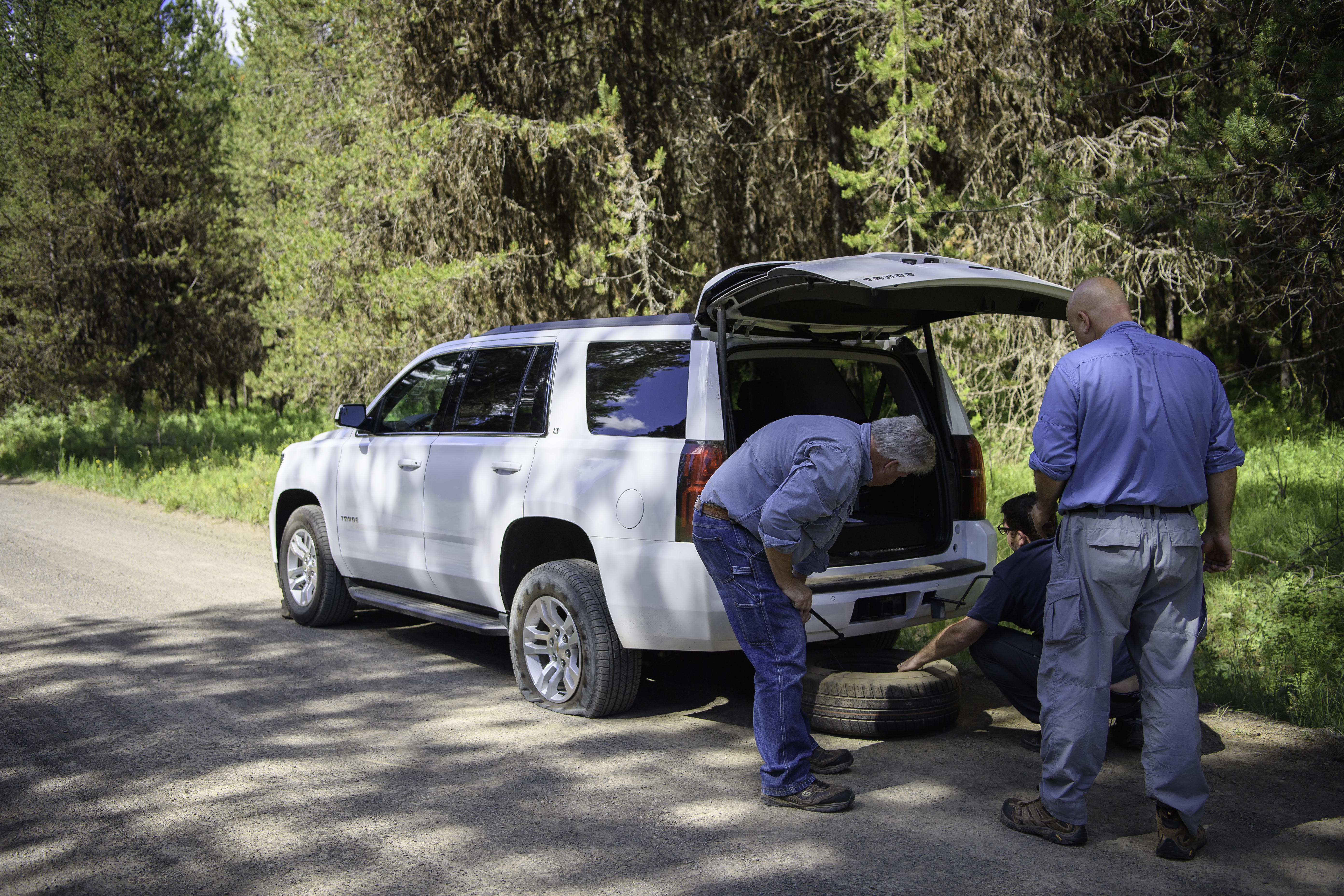 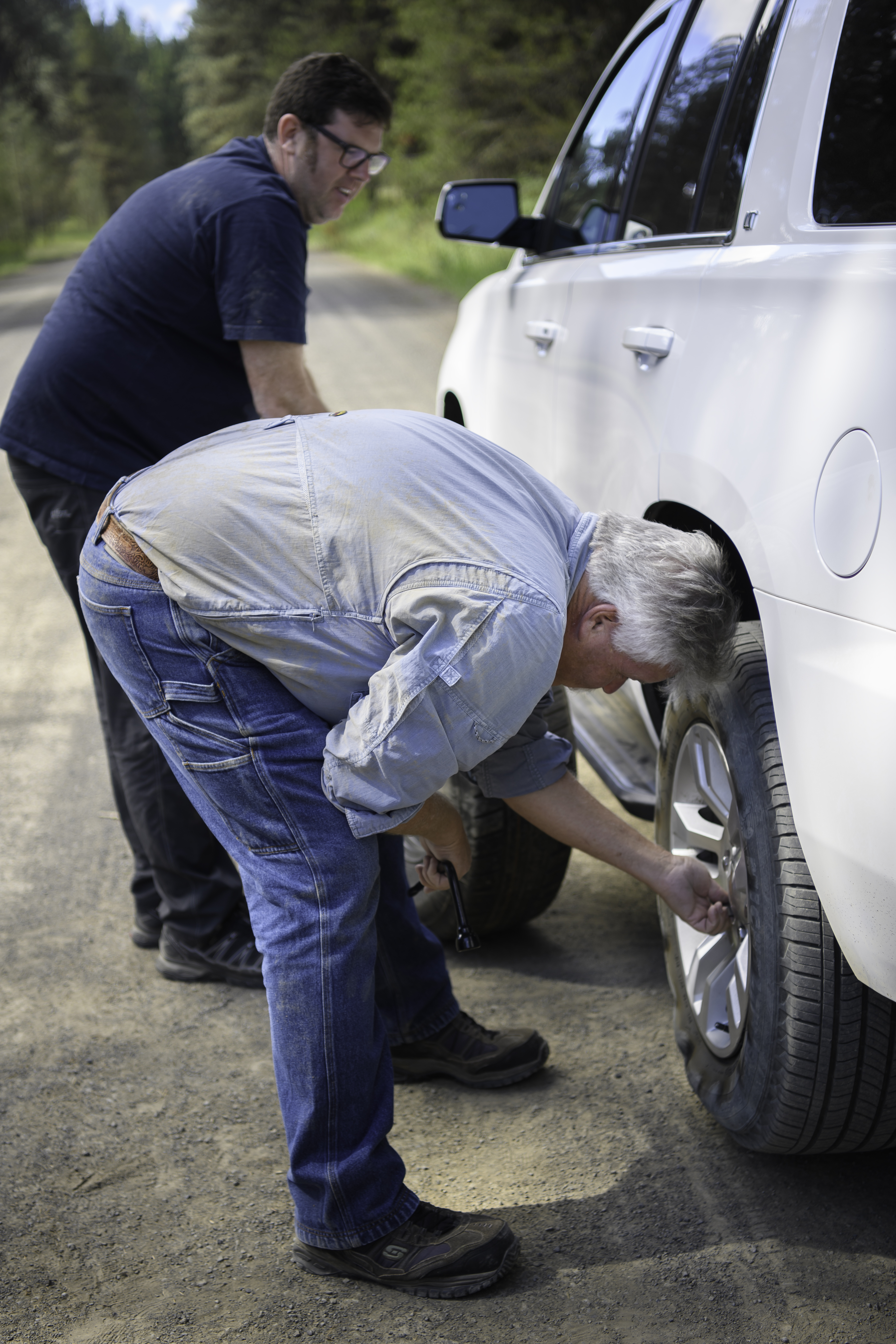 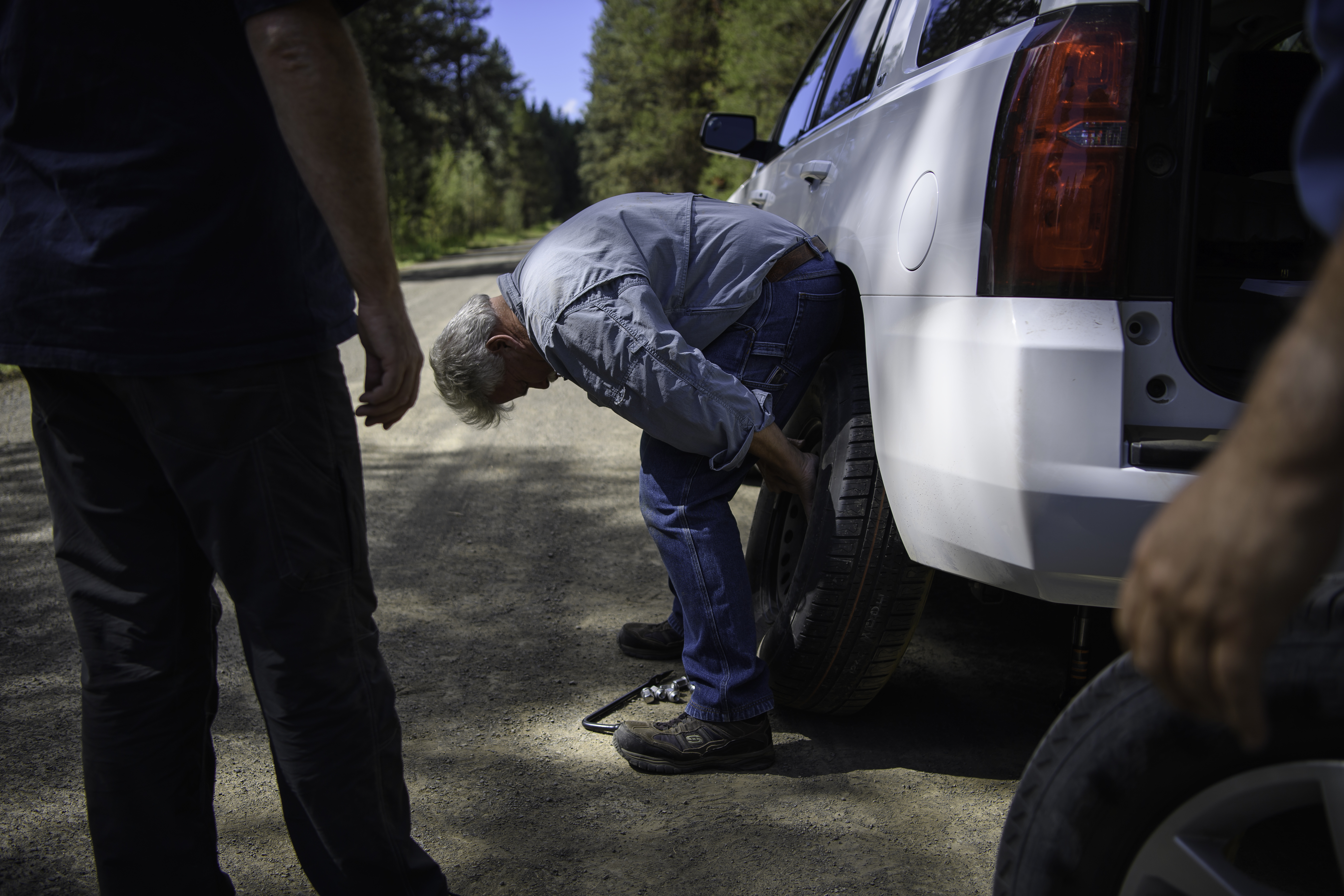 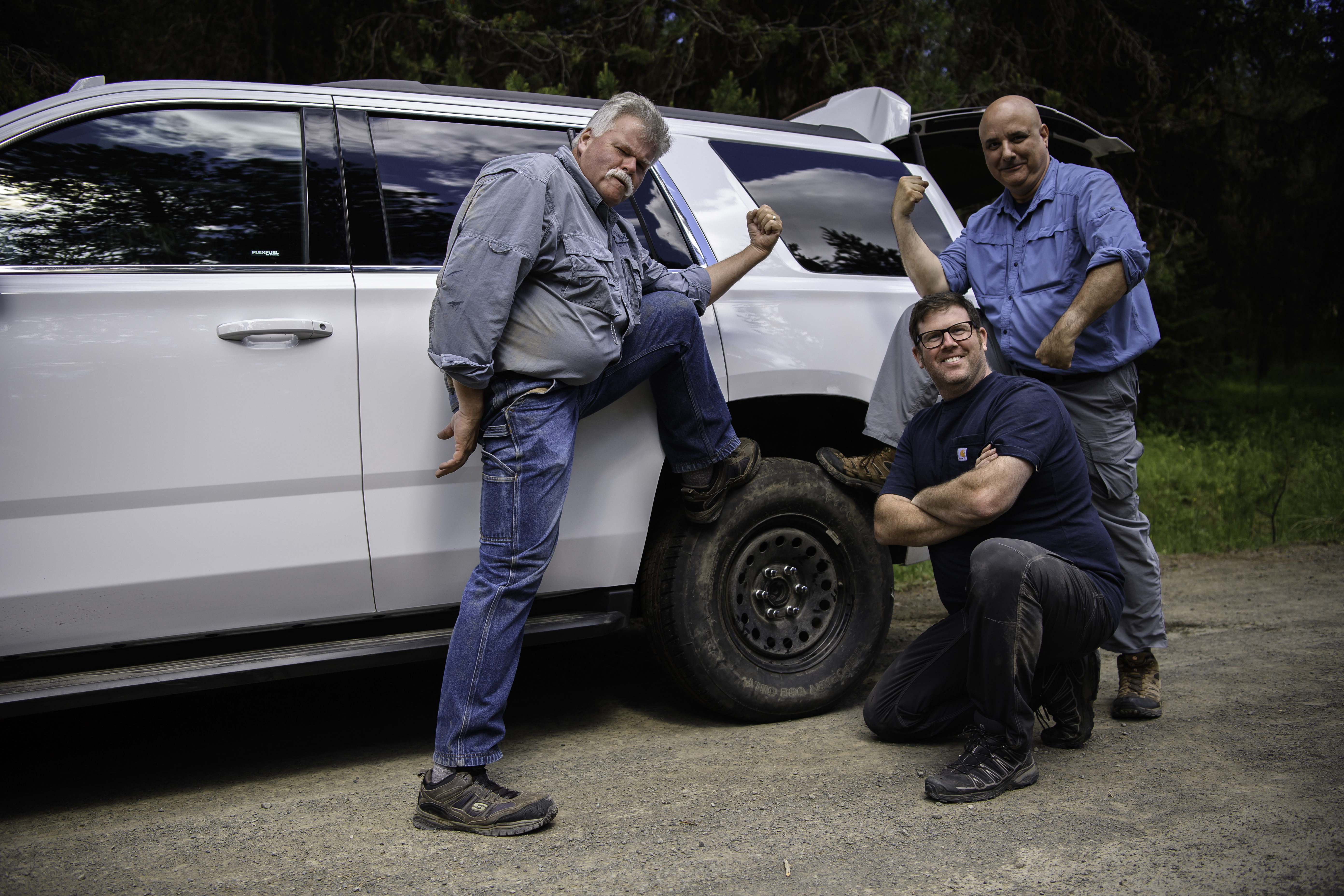