Great Gray Owls in Oregon remained elusive for us.  Despite our efforts which included arriving each morning by 5AM so that we would have the best chance of locating their nesting sites, we never found any more nesting platforms let alone nests with owls on them.  But, Great Gray Owls are, after all, wild creatures.  They don’t have a schedule and they certainly weren’t fitting into our schedule.   We were all disappointed that we couldn’t locate our target bird but we were not defeated.  Owls weren’t the only birds in the forest.  All week we watched Western Bluebirds flying around us, often in mated pairs, so it was only a matter of time before we located one of their nests.  Late on our last afternoon, we found  a Western Bluebird nest cavity.  We were happy to have a new target to photograph. 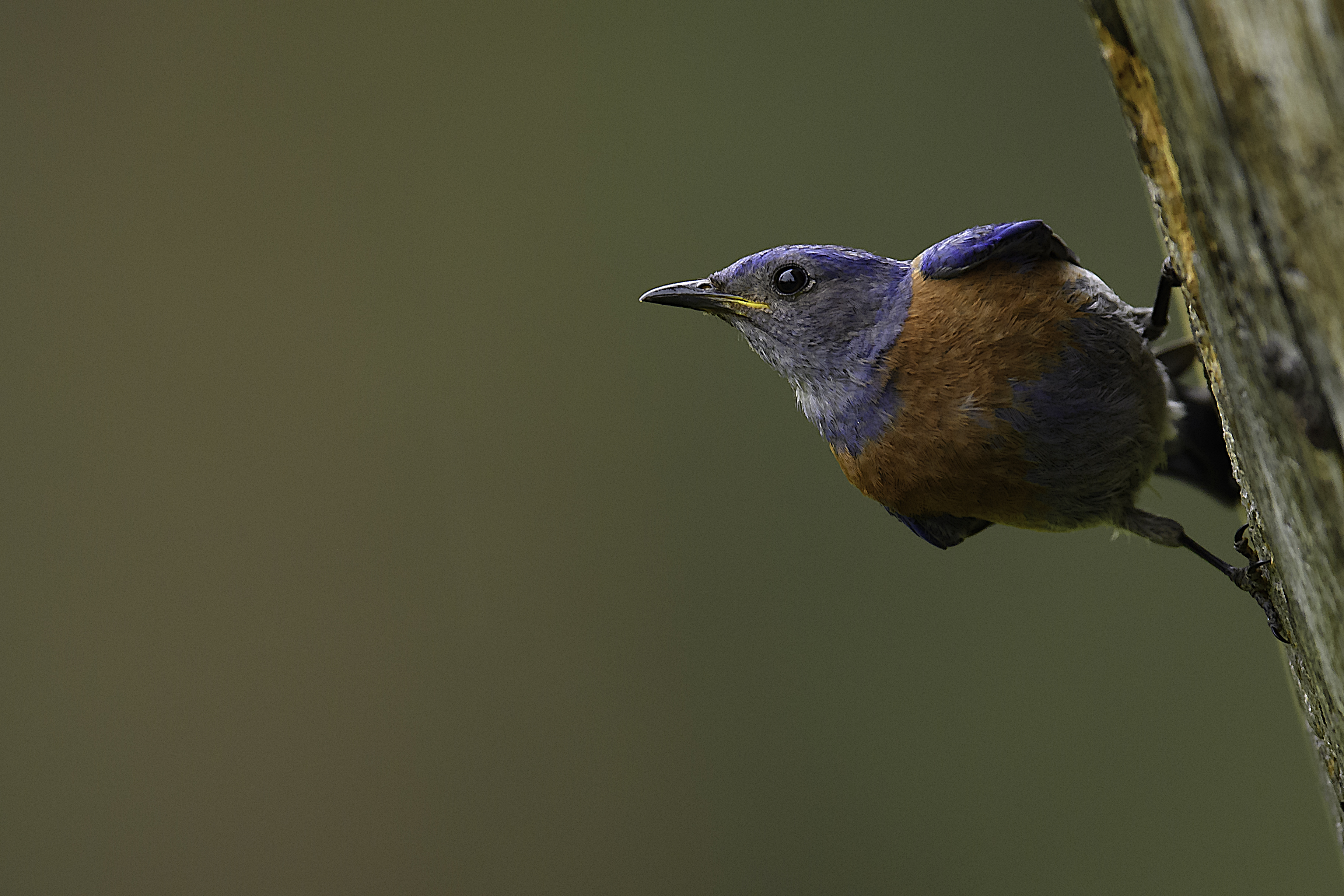 We set up our tripods and long lenses and one by one carried them across the road and set up as close as we dared without disturbing the birds.  The Bluebirds watched us from the nest which was near the top of a tall snag of a tree.  They had young in the nest and they took turns carrying food and, as with the Pygmy Nuthatches, removed the fecal sacs to keep the nest site clean.    The male Western Bluebird has brilliant blue wings and tail, a paler blue head,  and a rusty breast. 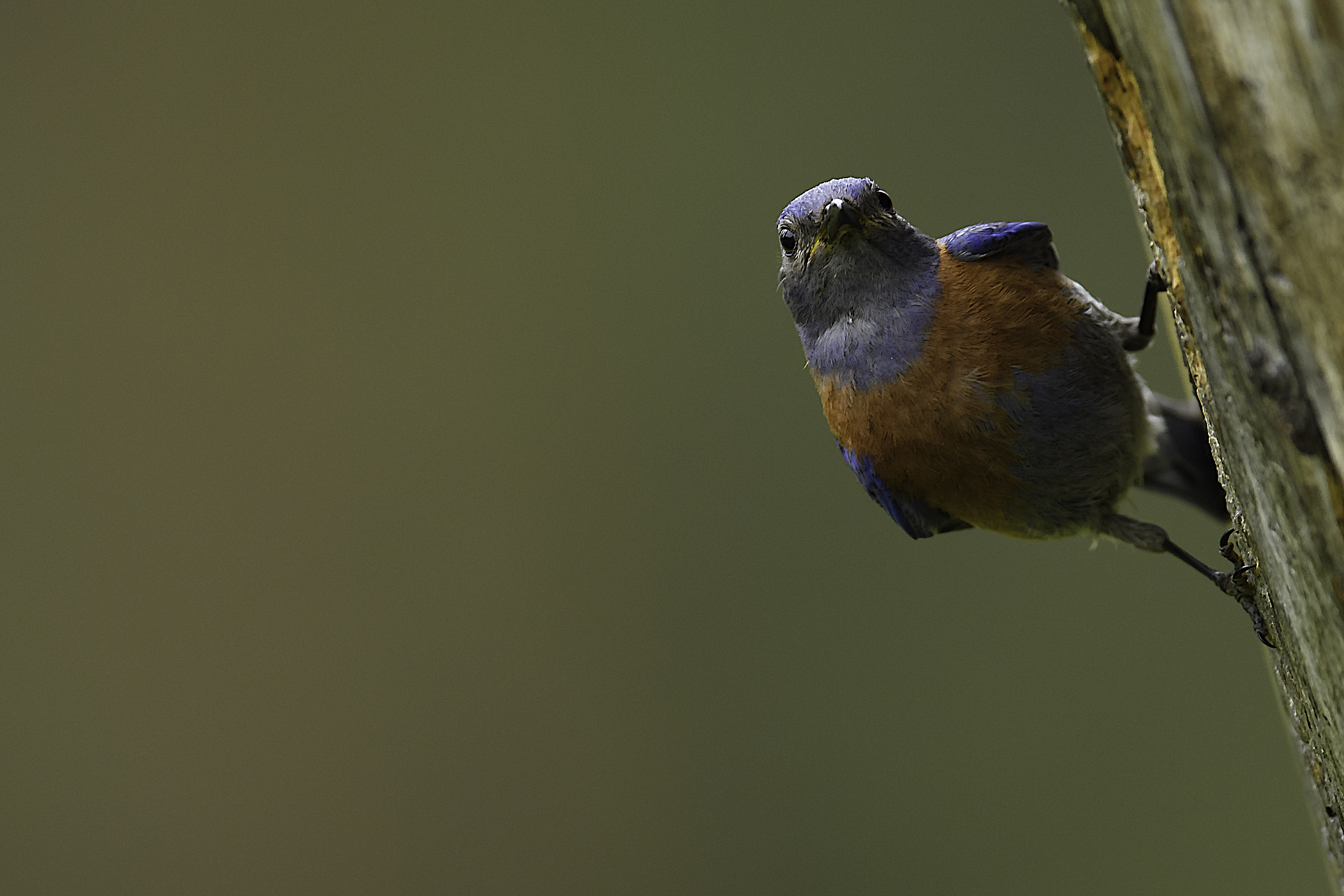 The female is drab compared to the male. 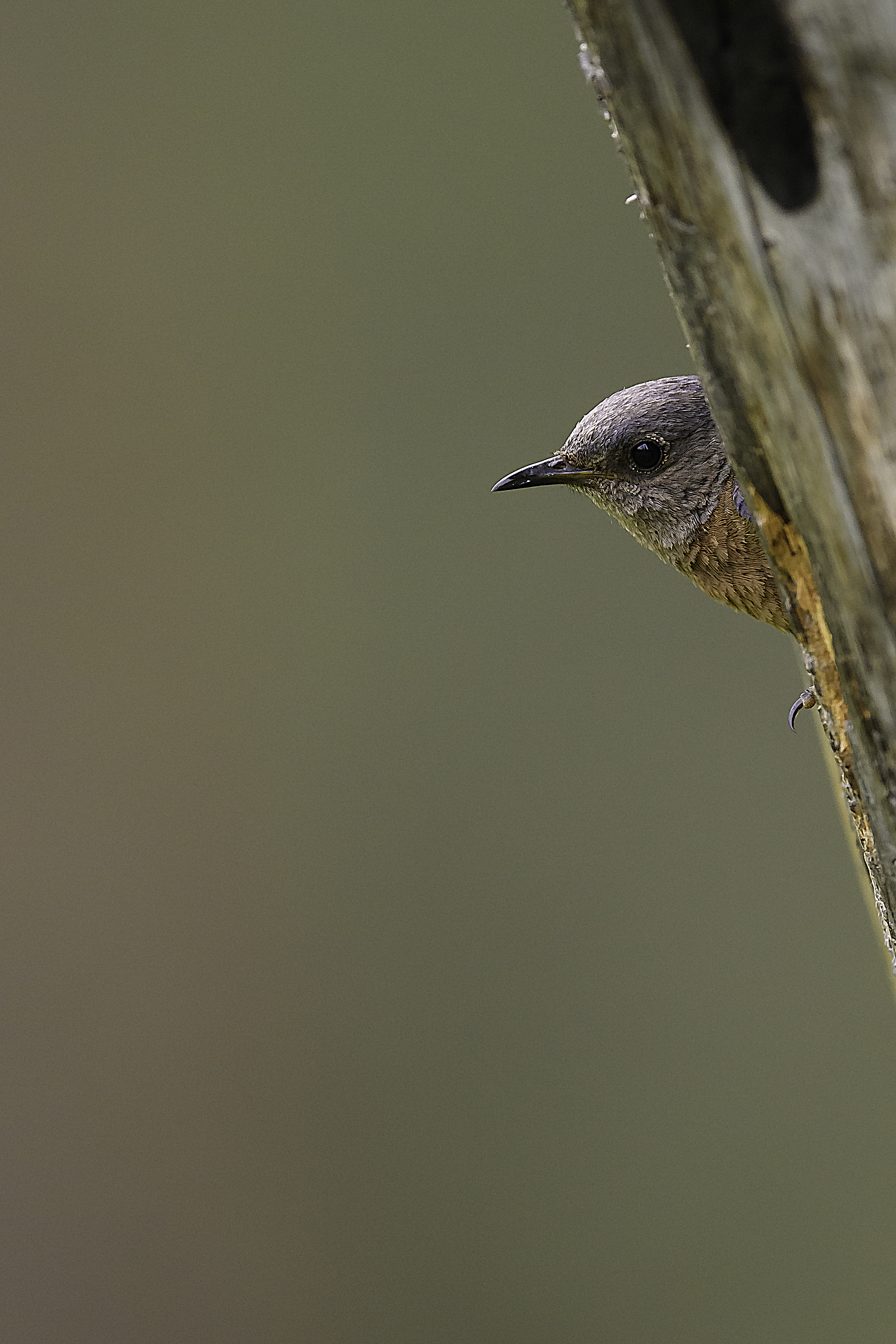 On a low perch jutting out from the grasses near the nest, the male sang to his mate while he surveyed the area for grubs and bugs to bring to the nestlings.  We didn’t get nearly enough time with these cute little birds because the sky darkened and the rain returned.  But, for me, this male was the bluebird of happiness.  Because of him, we ended our trip to the Blue Mountains on a high note. 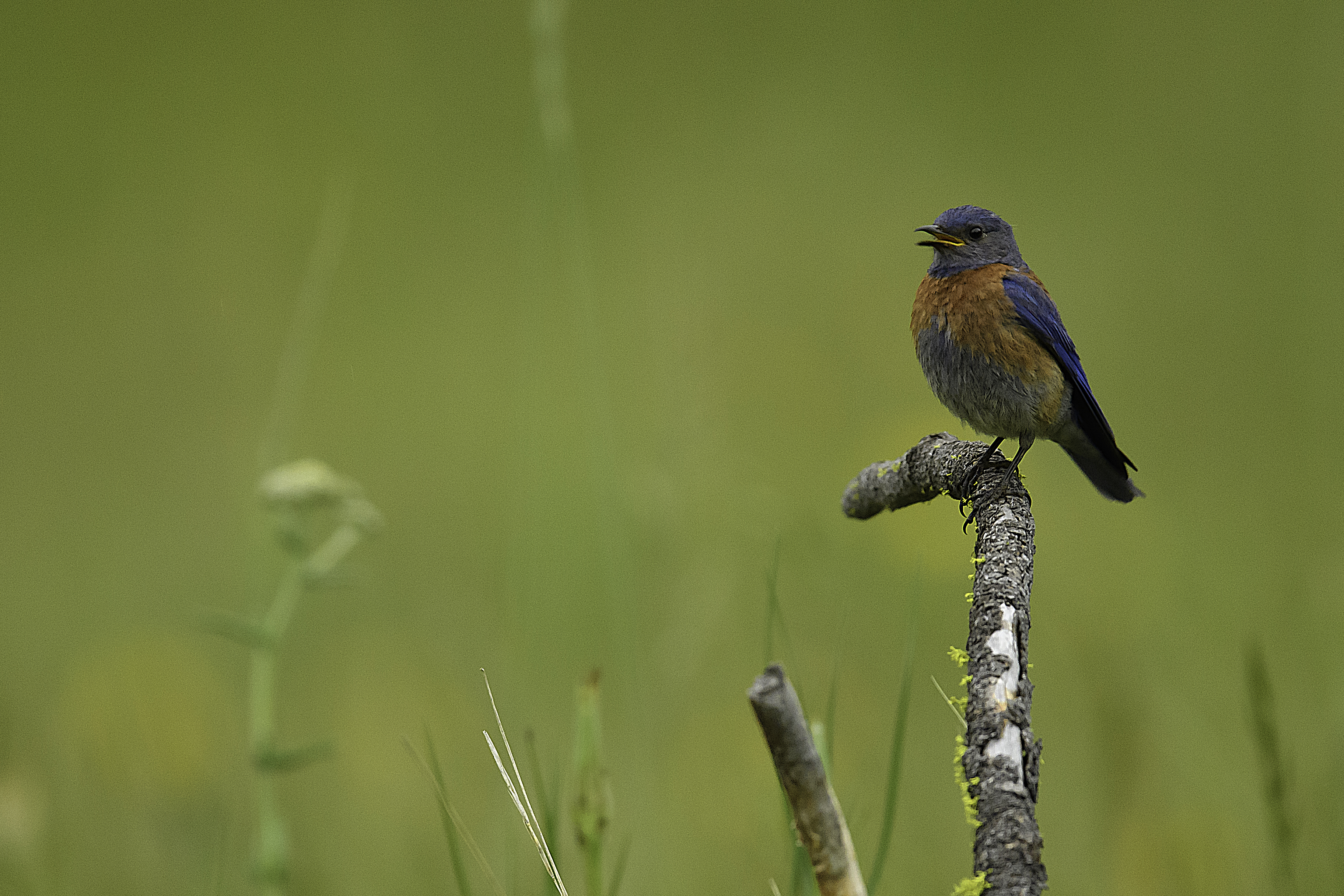