Turkey Vultures are ugly.  They seem synonymous with evil.  We watch them circle overhead as they close in on a dead carcass.   Their unattractive—some might even say repugnant—appearance and preference for scavenging roadside carrion create a wicked, sinister aura.  But, what if there are three vultures,  not soaring as we most commonly observe them, but three vultures up close, hunched menacingly in a tree, fog surrounding them?  Their malevolence is palpable.  Something wicked this way comes. 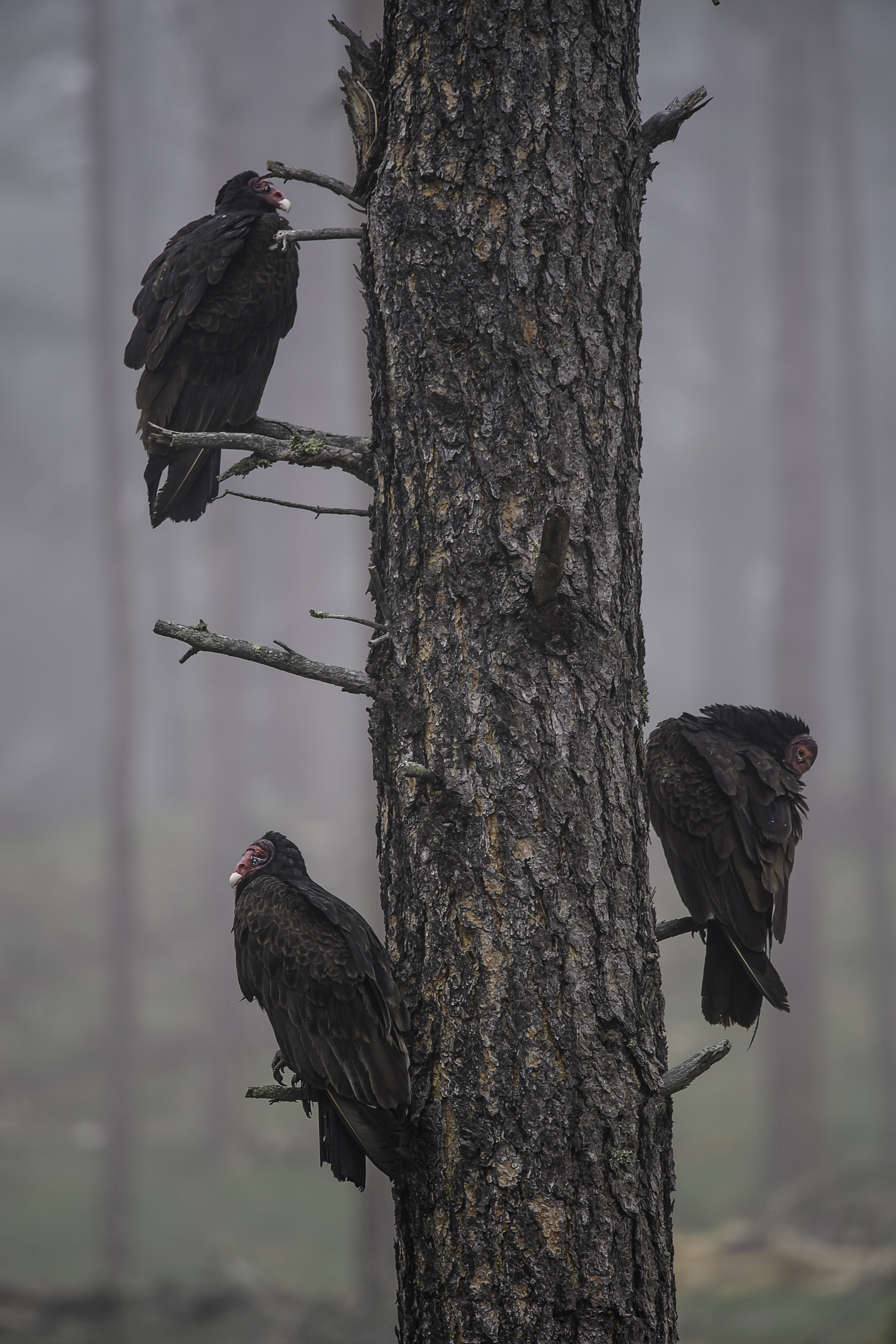 If ever there were a true depiction of Eeyore, the depressed and morose donkey conjured from A.A. Milne’s imagination in the Winnie the Pooh books, this burro from Custer State Park in South Dakota, must be it.  This burro and his compatriots are known in the park as the Begging Burros.   They are said to be descended from the burros abandoned by the gold miners after the Black Hills Gold Rush of the mid 1870’s played out.  While the other burros surrounded our vehicle and tried to stick their snouts into any open or partially open window, this sad burro did not move nor did he break from his “woe is me” demeanor. 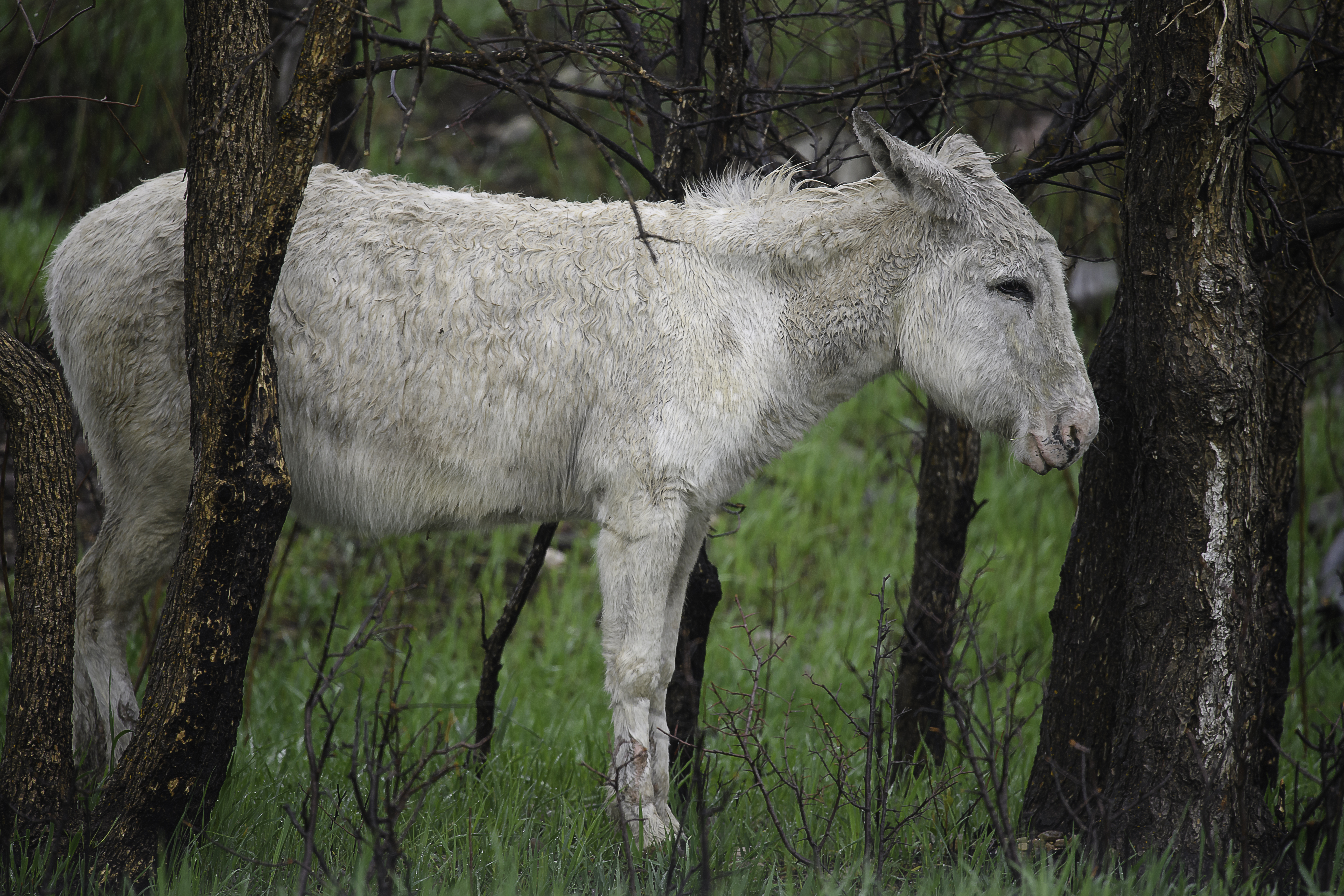 There were lots of new born  bison calves in Custer State Park earlier this month.  The umbilical cord is still attached to this little guy (visible between his legs) and he seems to be using his mom’s horn as a scratching post to scratch under his chin. 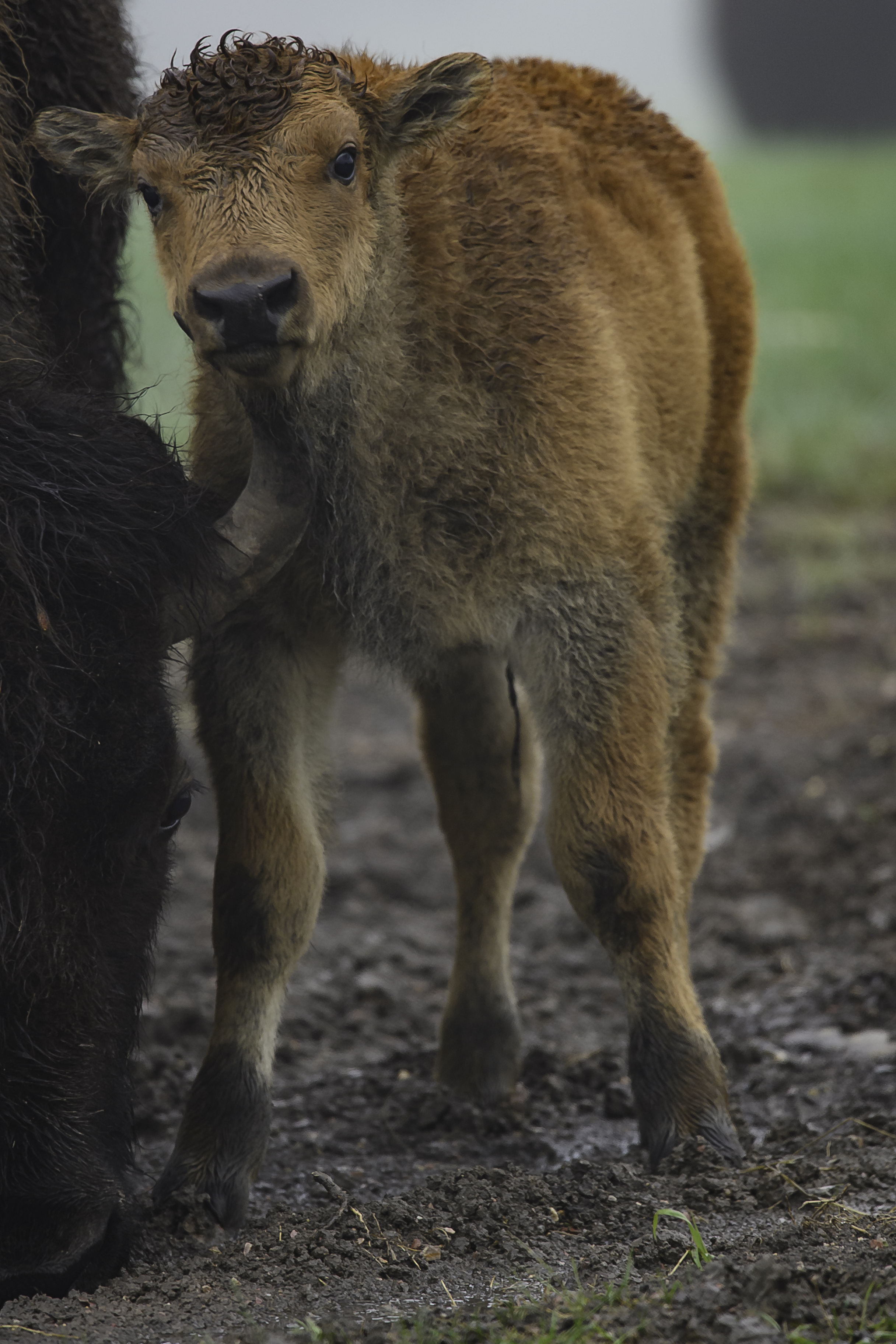 The hummers have been elusive the past couple of weeks.  Wednesday morning I noticed at least three frolicking in the fountain.  I didn’t see them clearly so I’m not sure if there were any mature males in the group but one of the females stuck around when I went outside to refill the feeders.  So I went back inside, attached the 1.4x teleconverter to the D500 with the 300mm f/4 PF and walked outside again.  The female Anna’s took her time sipping the nectar from the salvia blossoms and I was just a few feet away.  At slower shutter speeds, the wings are very blurred and the camera captures ghost images of the wings at various positions.  The wings appear  to surround the little bird like a cloud.  Focal length 420mm, f/5.6, ISO 100, 1/60s 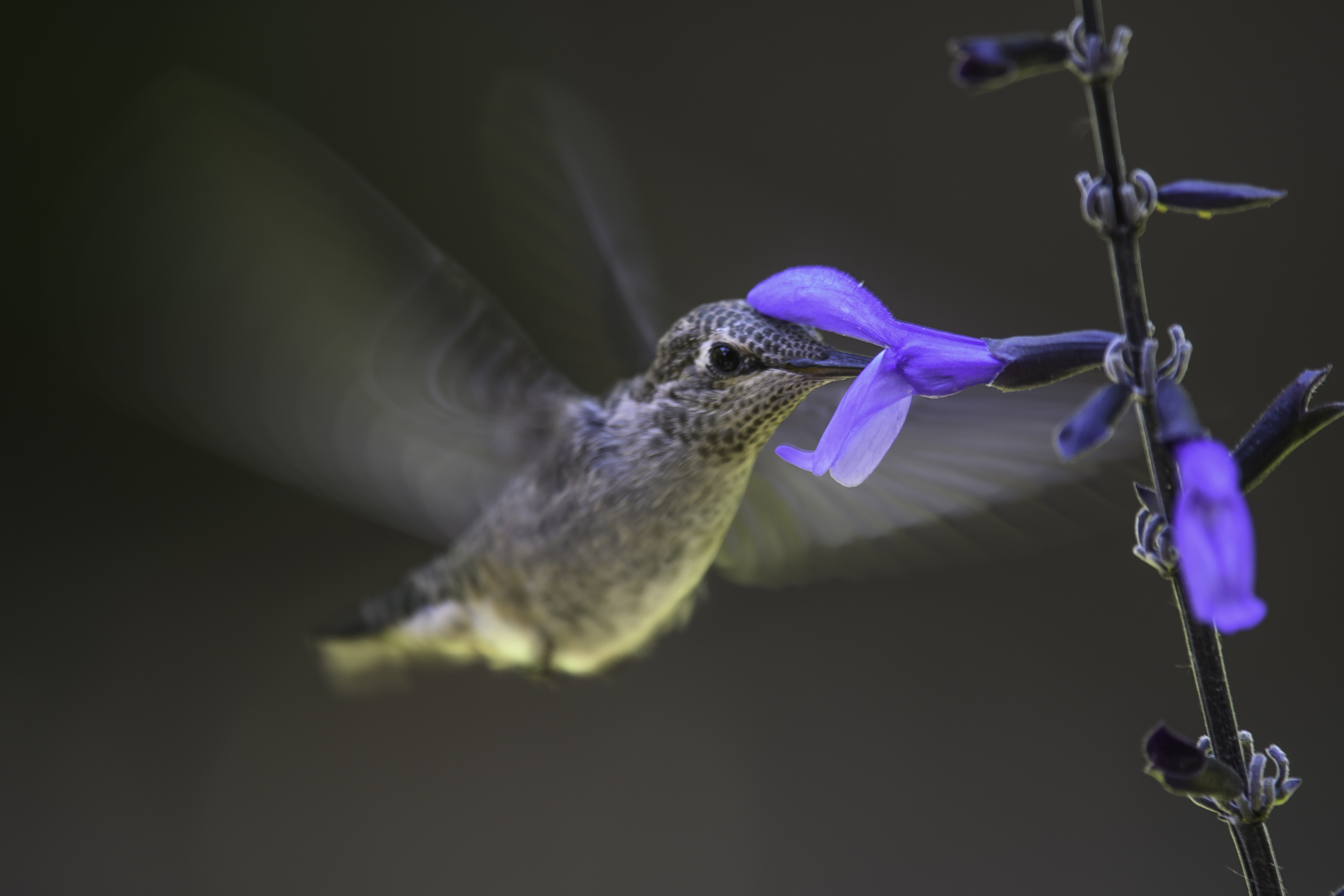 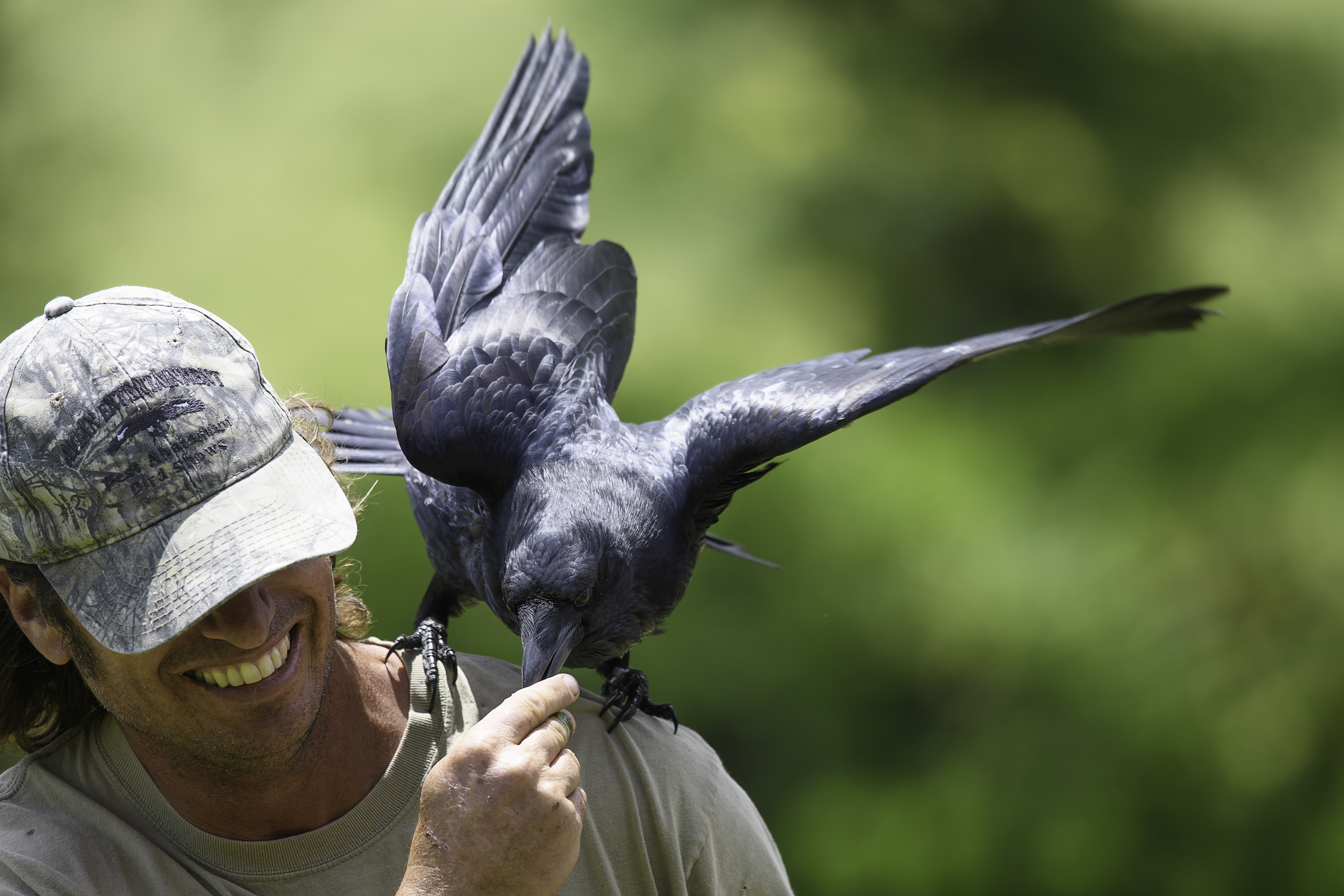 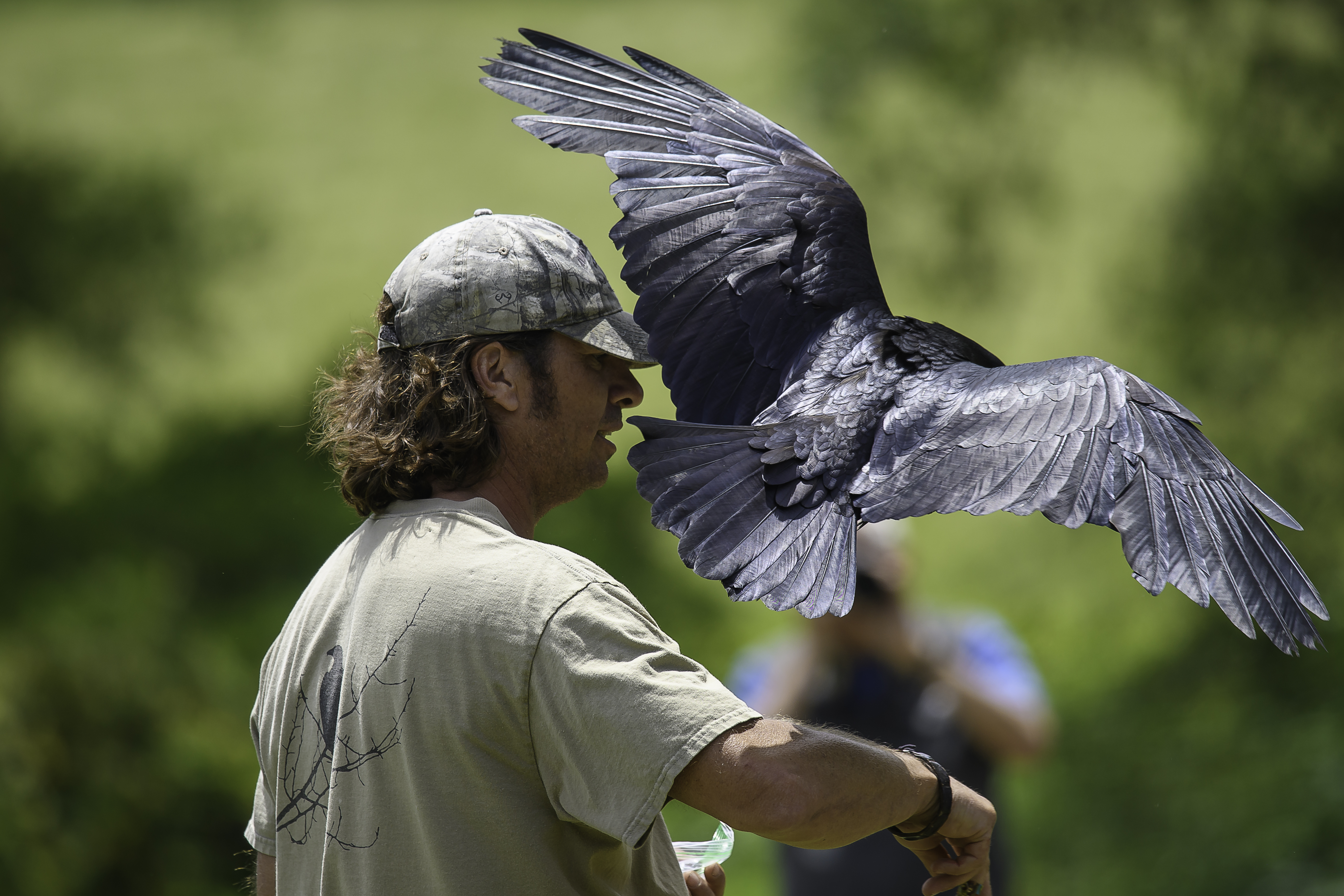 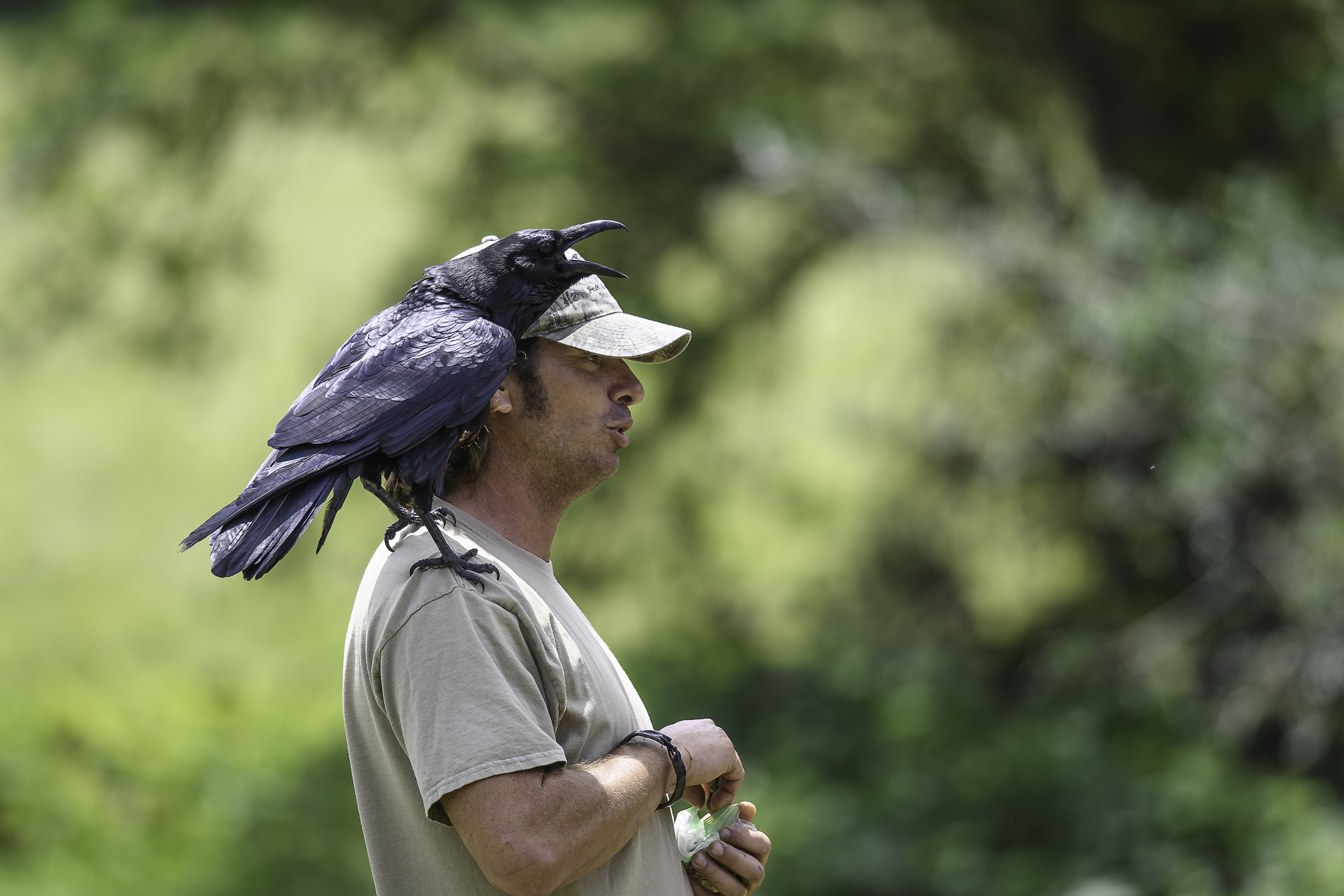 One of the things I missed while we were in South Dakota was the prairie dog pups.  Two years ago there were lots of prairie dog pups popping out of random burrows but unlike my visit two years ago, there were no adorable pups to entertain us this time.  My preference for photographing these cute creatures is with the 600mm lens because the depth of focus is so narrow with that lens that the subject is unmistakable.  Everything in front of the narrow plane of focus and everything behind it is blurred.  In the first photograph below, I used the 600mm lens from a distance.

In the second photograph, I used the 300mm and shot from the car.  Although I was much closer to the prairie dog,  I really prefer the depth of field in the first because the subject is the only thing that is in focus and there are no distractions.  In the second, even though the prairie dog is larger in the frame, everything around it, including the grasses and the dirt, seem to compete with the prairie dog. 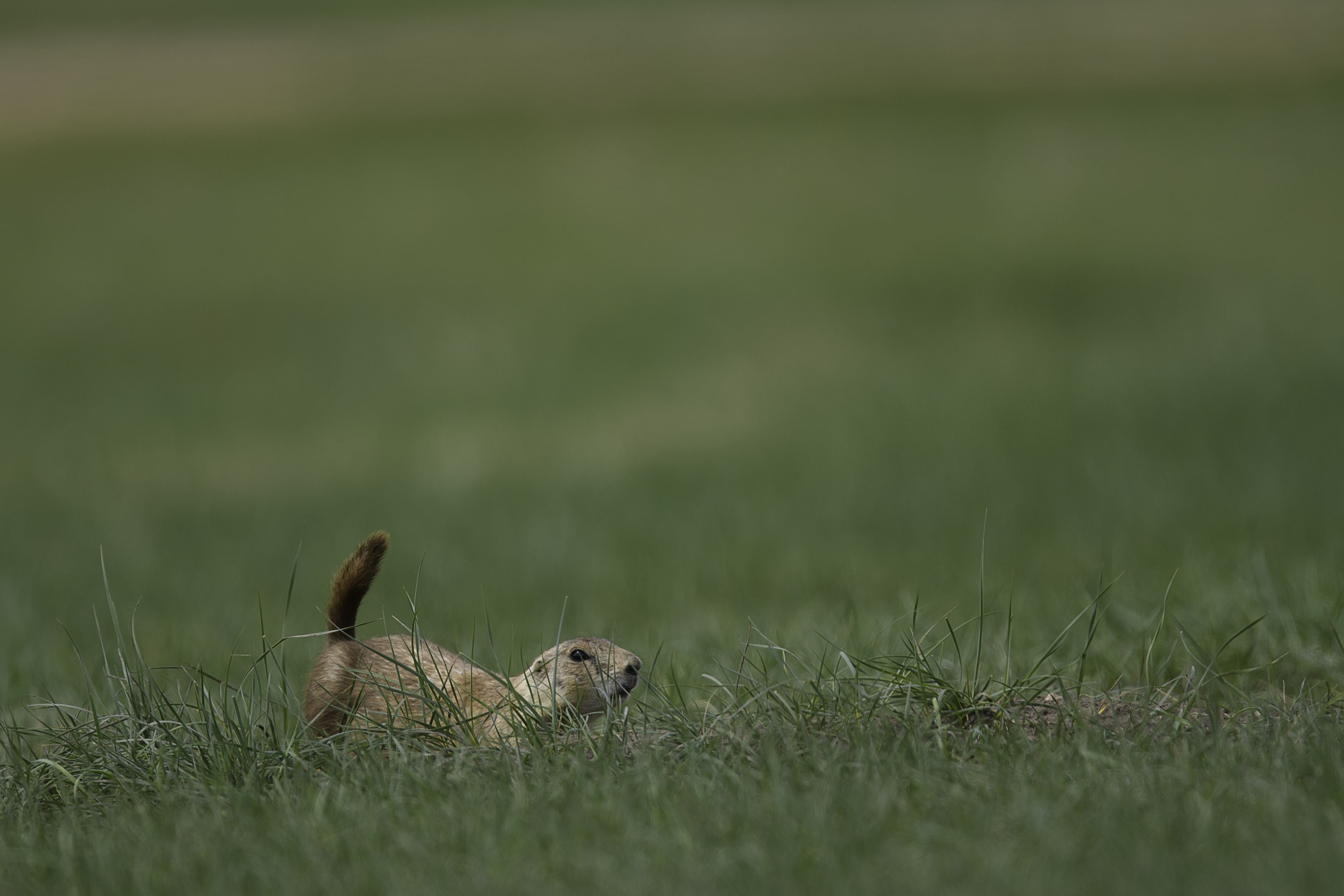 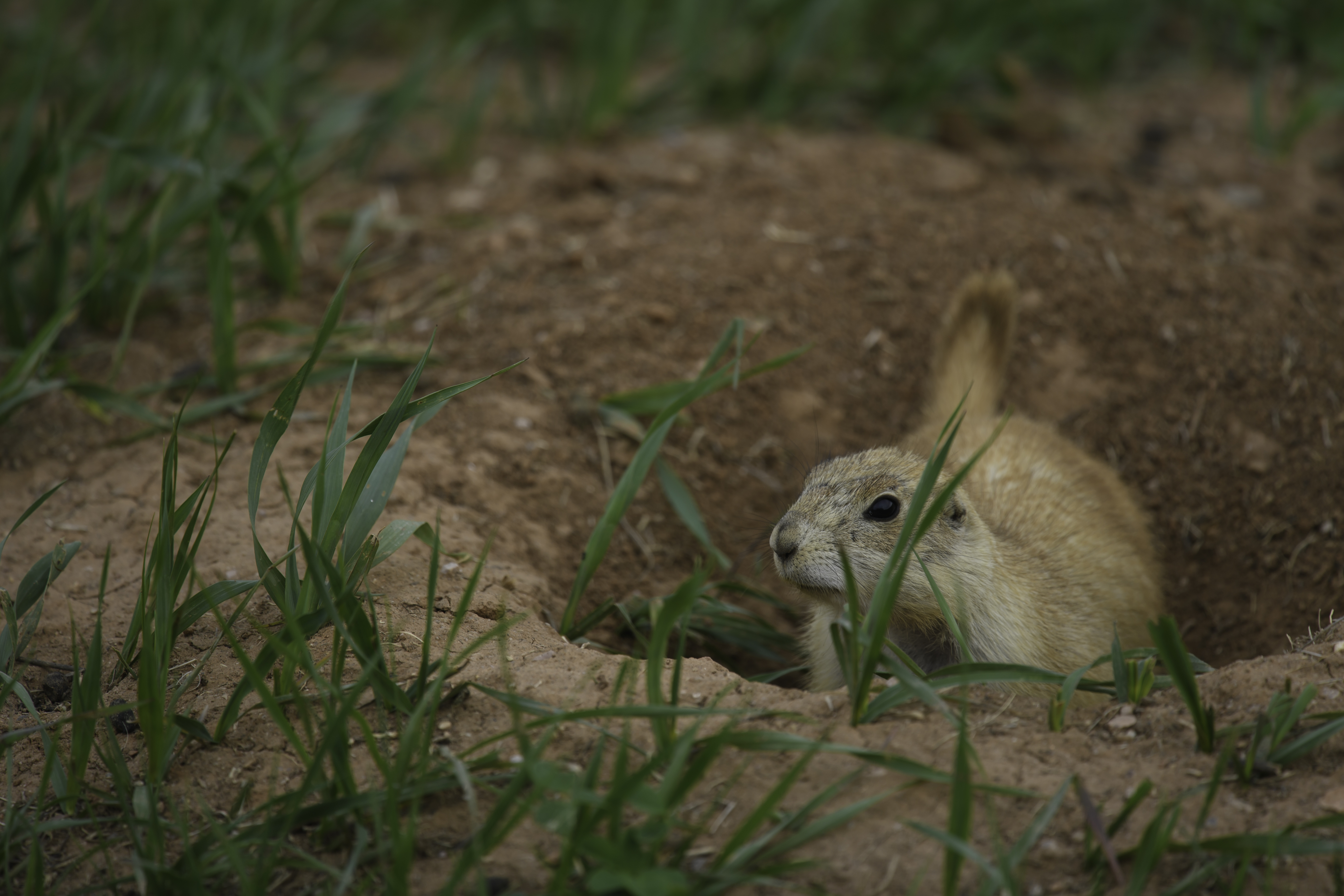 No, not Merlin the Magician of the King Arthur legends.  I’m talking about Merlin the falcon,  one of the smallest raptors, about the size of a robin, and only slightly larger than the American Kestrel which is the smallest falcon.   This Merlin came under the care of the California Foundation for Birds of Prey a couple of years ago with a broken wing after being trapped in a barbed wire fence.  It is now an education bird for CFBP.  Damage to the bird’s foot, a missing talon, is clearly visible.  His diminutive size is apparent as he perches on the gloved hand of Kim, his diminutive female handler. 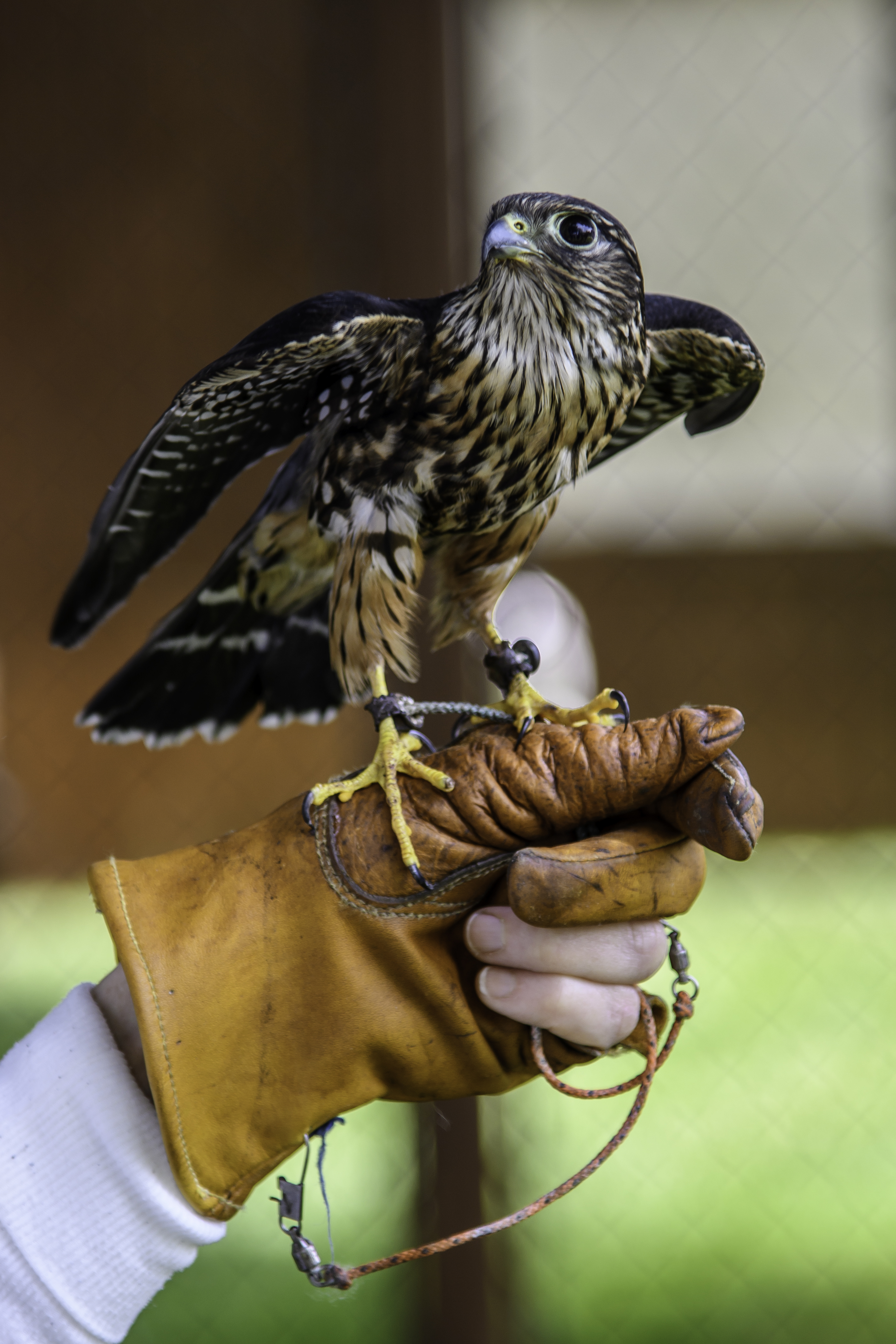 He’s back there somewhere!  Two years ago when I visited Mount Rushmore for the first time, I took the first photograph below of George Washington’s profile from  a vantage point around the side from the typical front view of the monument.  This year, the fog completely enveloped us and George.  For comparison, I took a photograph in the direction of George’s 60 foot tall profile but could only guess where it might be.  On review, I realize two years ago I was closer to the end of the parking lot so the tree on the left does not appear in the photograph but the cluster of trees on the right is in both photographs.  Even Adobe Camera Raw’s powerful Dehaze filter produced only a brownish smudge where the mountain and George are. 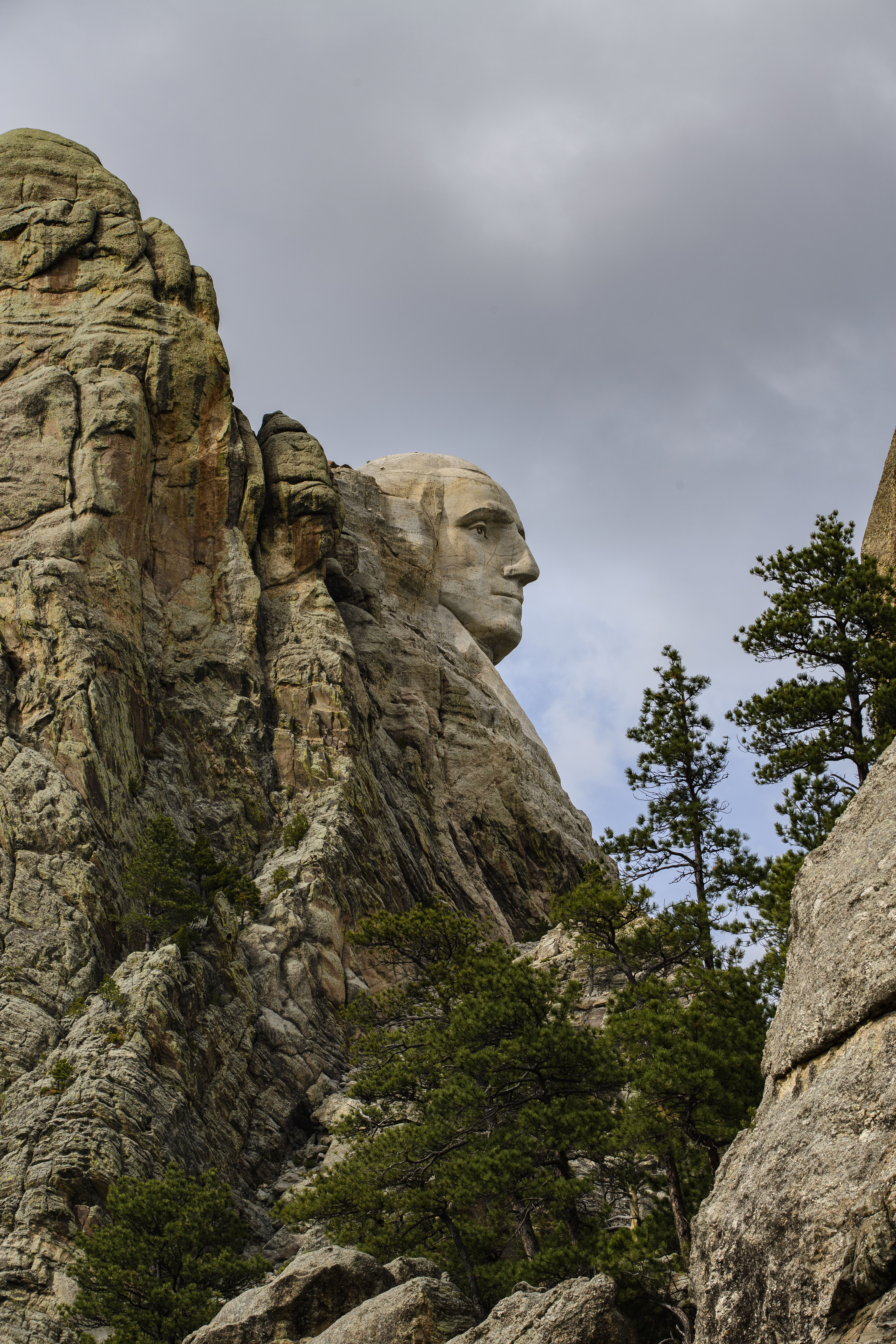 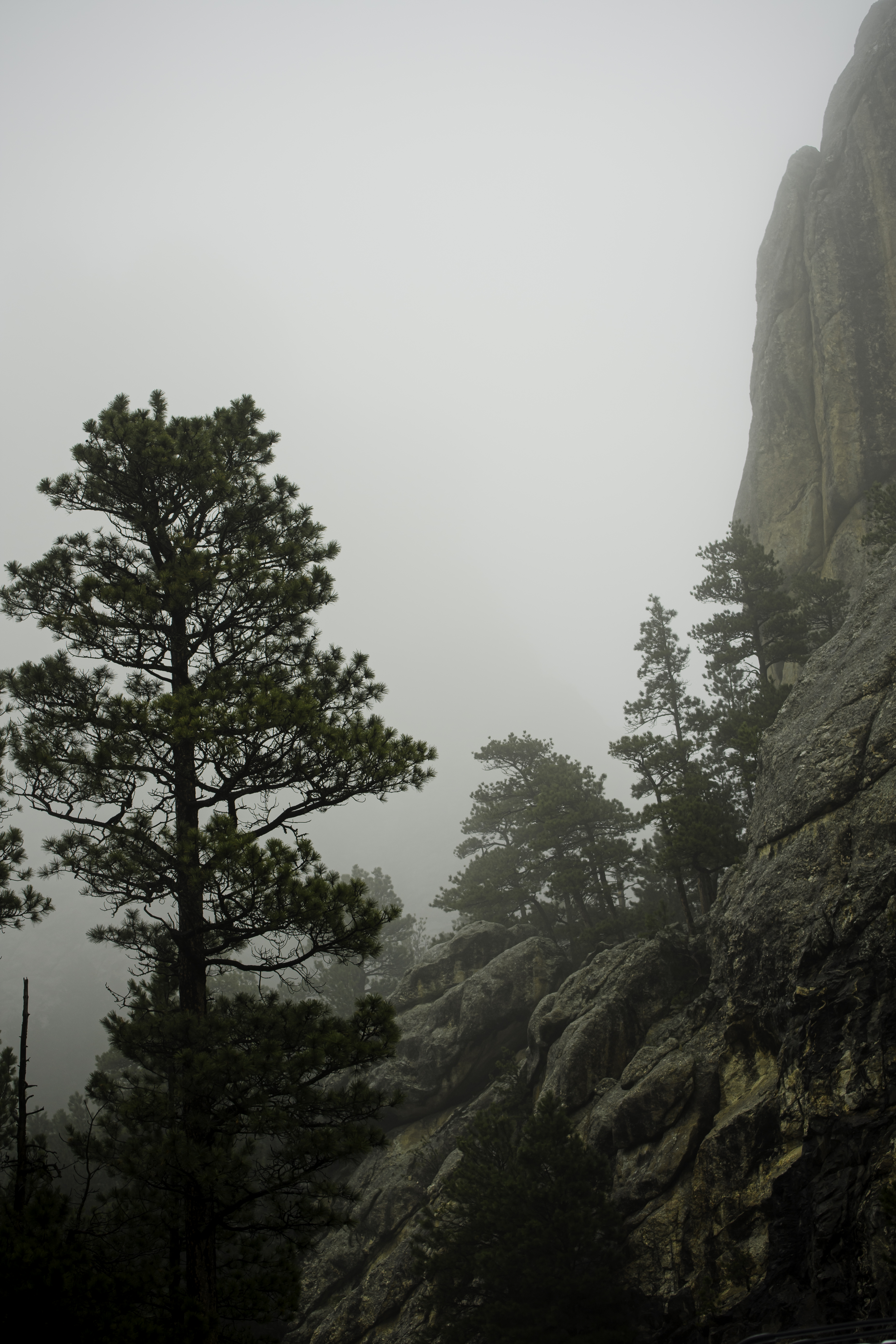 I’m  not talking about John Travolta or Harrison Ford.  Meet Shytran, a Saker Falcon trained by Tony Suffredini, a professional animal trainer and master falconer.  Shytran is a movie star and put in an appearance at the California Foundation for Birds of Prey’s annual open house recently with flight demonstrations.  One of the movies that features Shytran is Hidalgo, a 2004 feature film also starring Viggo Mortensen and Omar Sharif.  I have not seen the movie and Netflix has it only on DVD so I will have to wait a while to see Shytran in action in the movies.  In the mean time, I managed to capture some of her flight demonstrations at the CFBP Open House.

The Saker Falcon (Falco cherrug) is a large falcon, only slightly smaller than the Peregrine Falcon.   It breeds from Eastern Europe across Asia to Manchuria.  It is a popular falconry bird, especially in the Middle East, but it is now endangered in the wild.  These birds are capable of diving after prey at 200 mph but their average horizontal flying speed while much slower, at 50-60mph is still a challenge to keep in the viewfinder, let alone to photograph.

I managed to get a few that didn’t clip the wings but it was not easy to keep track of such a fast flying bird circling in the relatively small space surrounded by trees.  I used my Nikon D500 with 300mm PF lens.  Because the D500 is a crop frame camera, I was effectively shooting at 450mm.  For me, this is the perfect birds-in-flight camera and lens combination.  If I add a 1.4X teleconverter, my focal length is 600mm extending the reach even further in an extremely lightweight package and no tripod needed!

I love my full frame Nikon D5 and 600mm prime lens and I will continue to use them to capture gorgeous wildlife photographs that I can’t get any other way but that combination is a monster. I must use a heavy duty Gitzo Series 5 Tripod and a gimbal head to accommodate the pair.  Although the gimbal head and the tripod are both carbon fiber which makes them relatively lightweight, together they weigh just under 10 pounds and the 600mm lens and the Nikon D5 together weigh 11.5 pounds making that rig almost 21.5 pounds.  Add on the teleconverter and I’m picking up 22 pounds and slinging it (so to speak) over my shoulder in search of wildlife. While I am used to and able to do that, I love having the freedom of the lightweight D500/300mm combination, a mere 3.5 pounds. 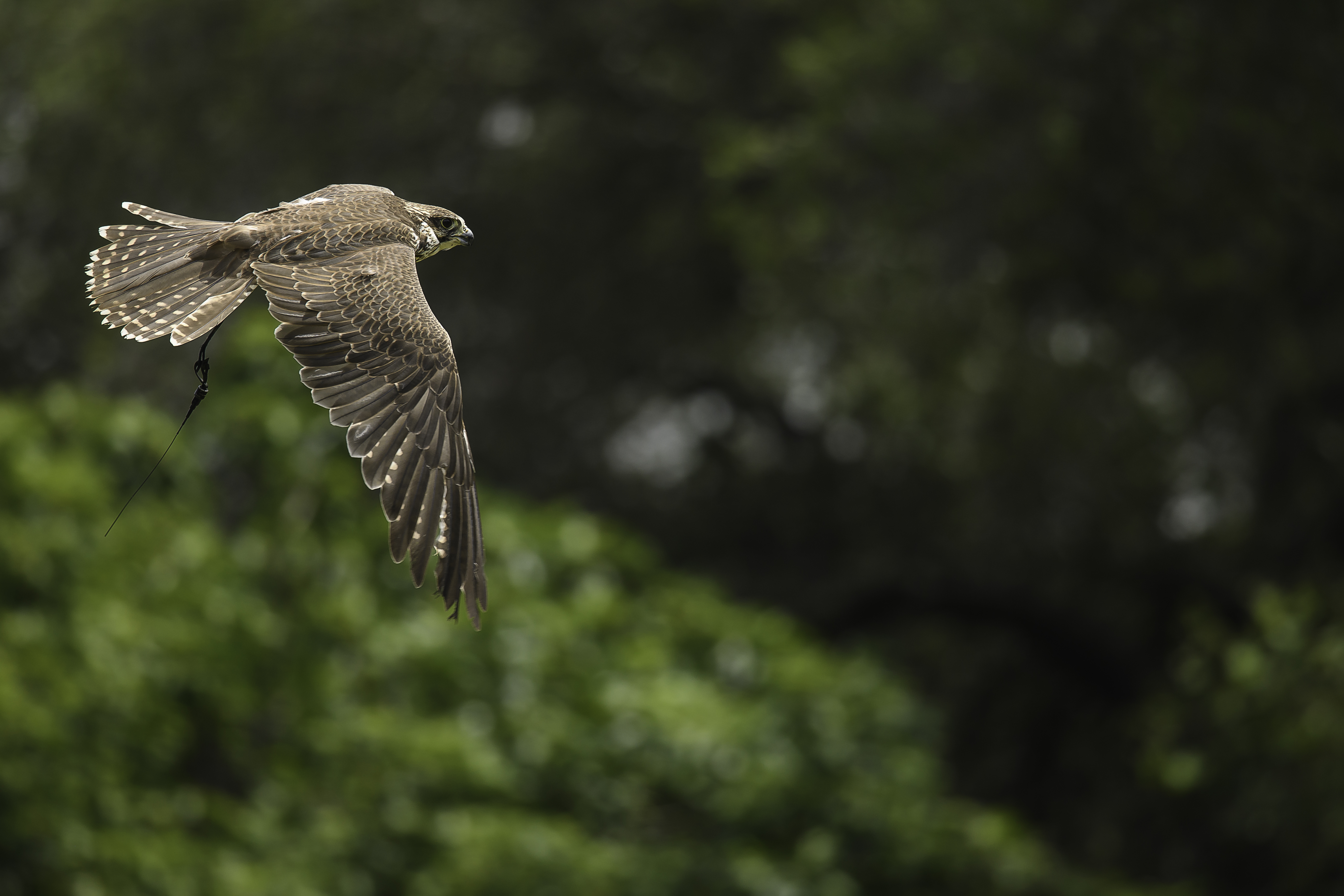 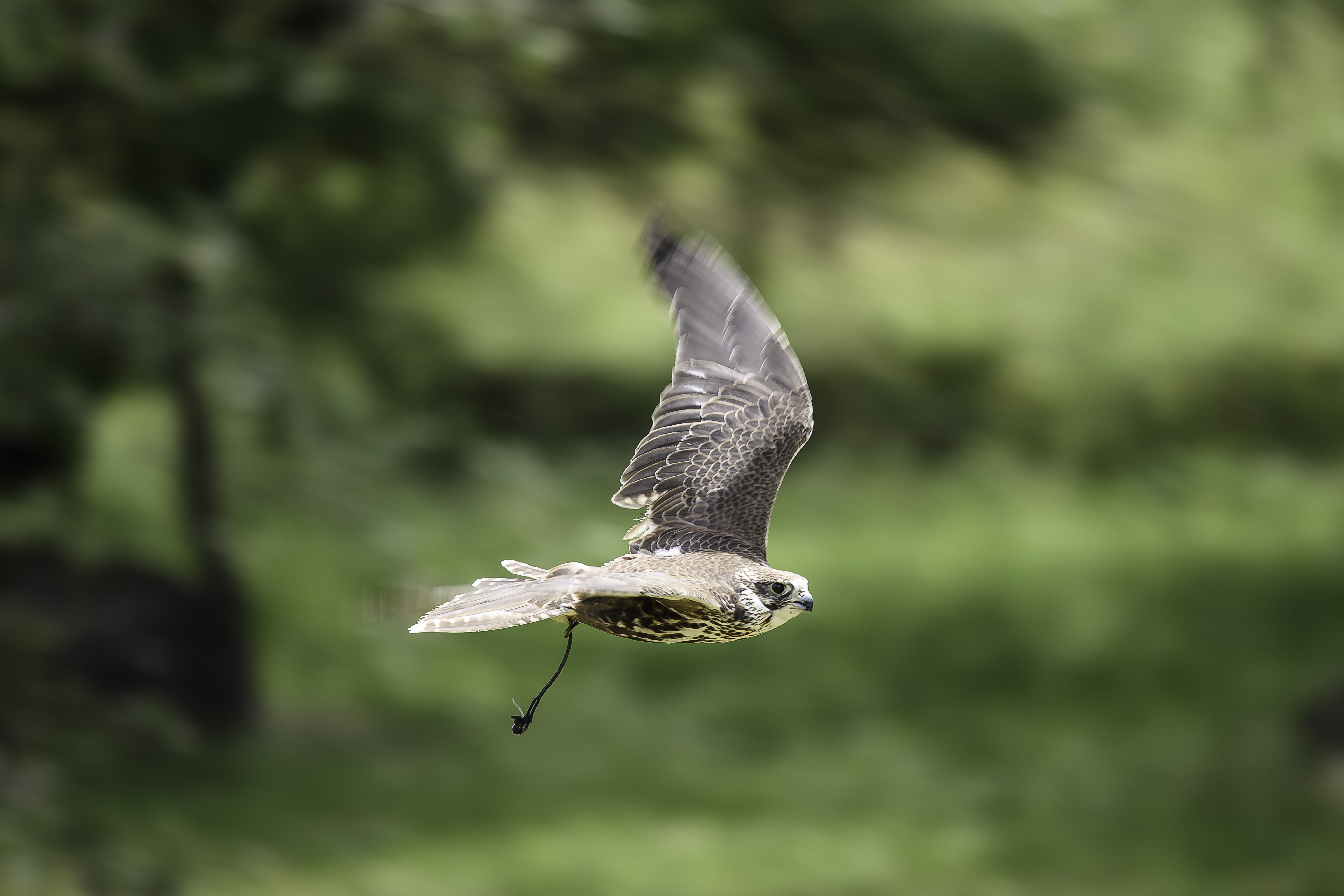 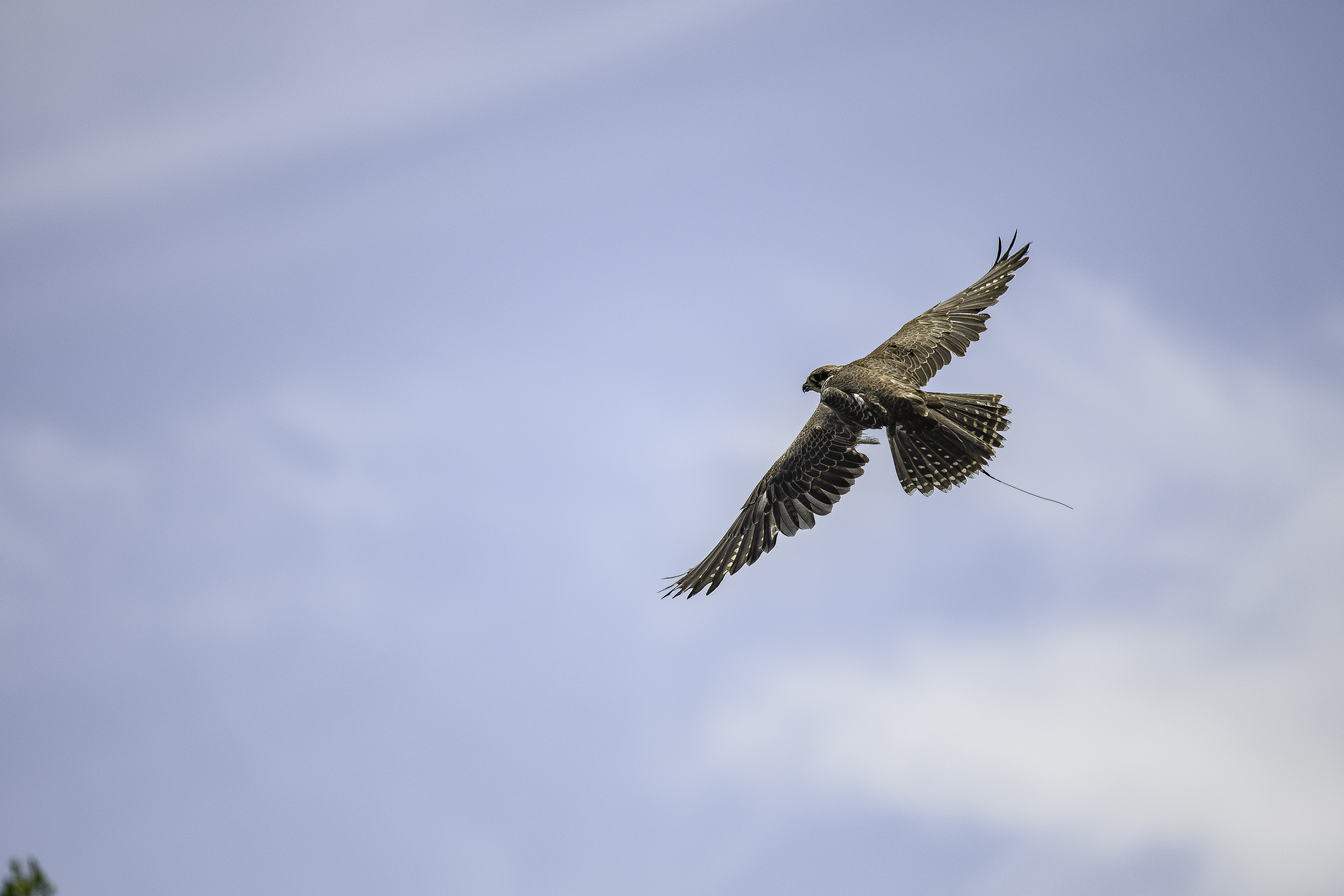 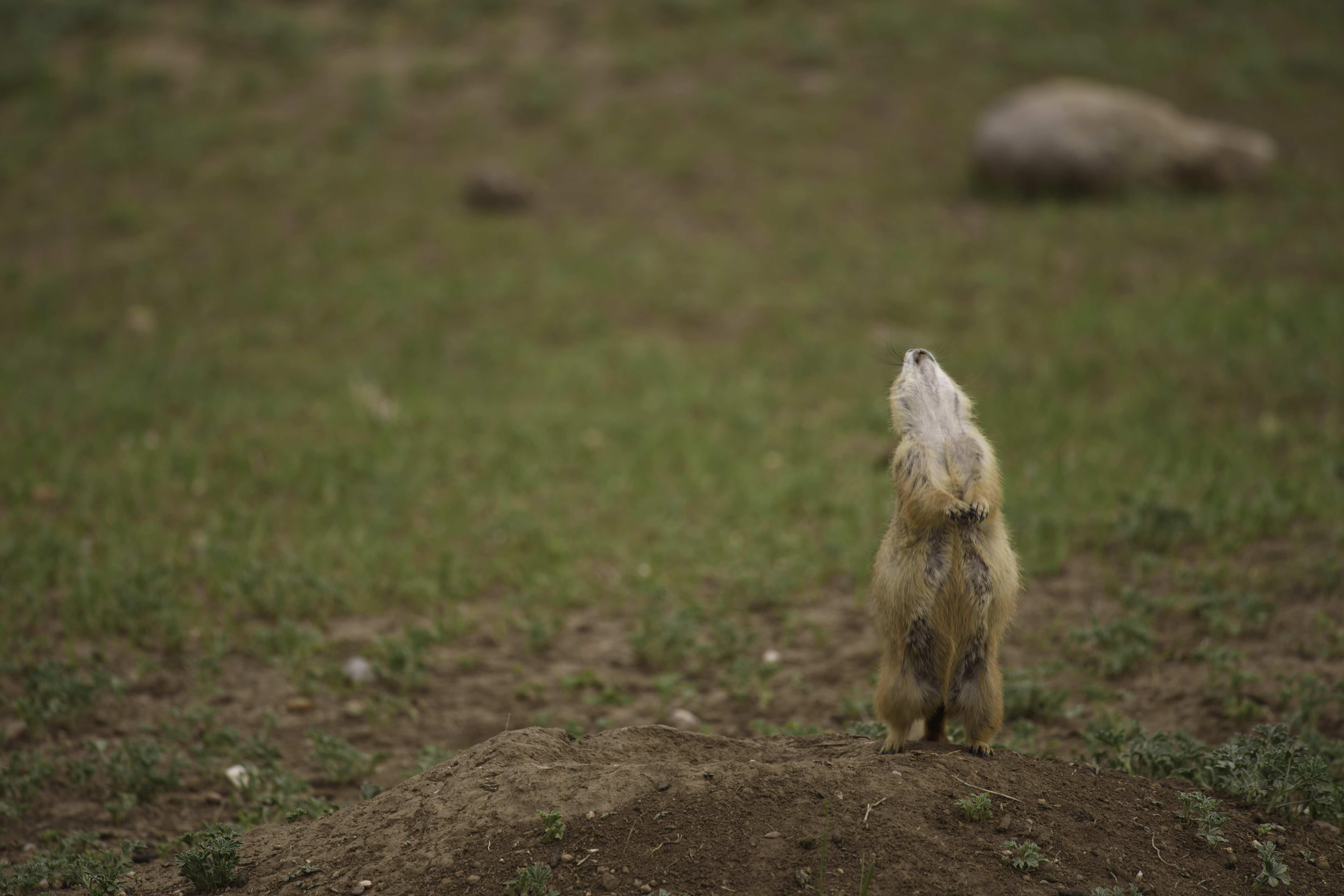