I’m on Hawaii’s island of  Kauai, far from the Big Island of Hawaii where an angry Pele has wreaked havoc with the eruption of Mt. Kilauea.  Here in Kauai, it is warm and breezy, partly cloudy and occasionally rainy, and there is a high surf advisory with no volcanic activity.  On Monday afternoon, we spotted our first sea birds flying close to the surf.  We were told a shearwater had been spotted down the beach by our hotel.   We walked down the beach to investigate and after about 15 minutes, we spotted four birds flying in formation toward us, into the wind.  Instead of the expected Shearwater, our  iBird Hawaii confirmed them to be Red-footed Boobies, another bird I’ve never seen. 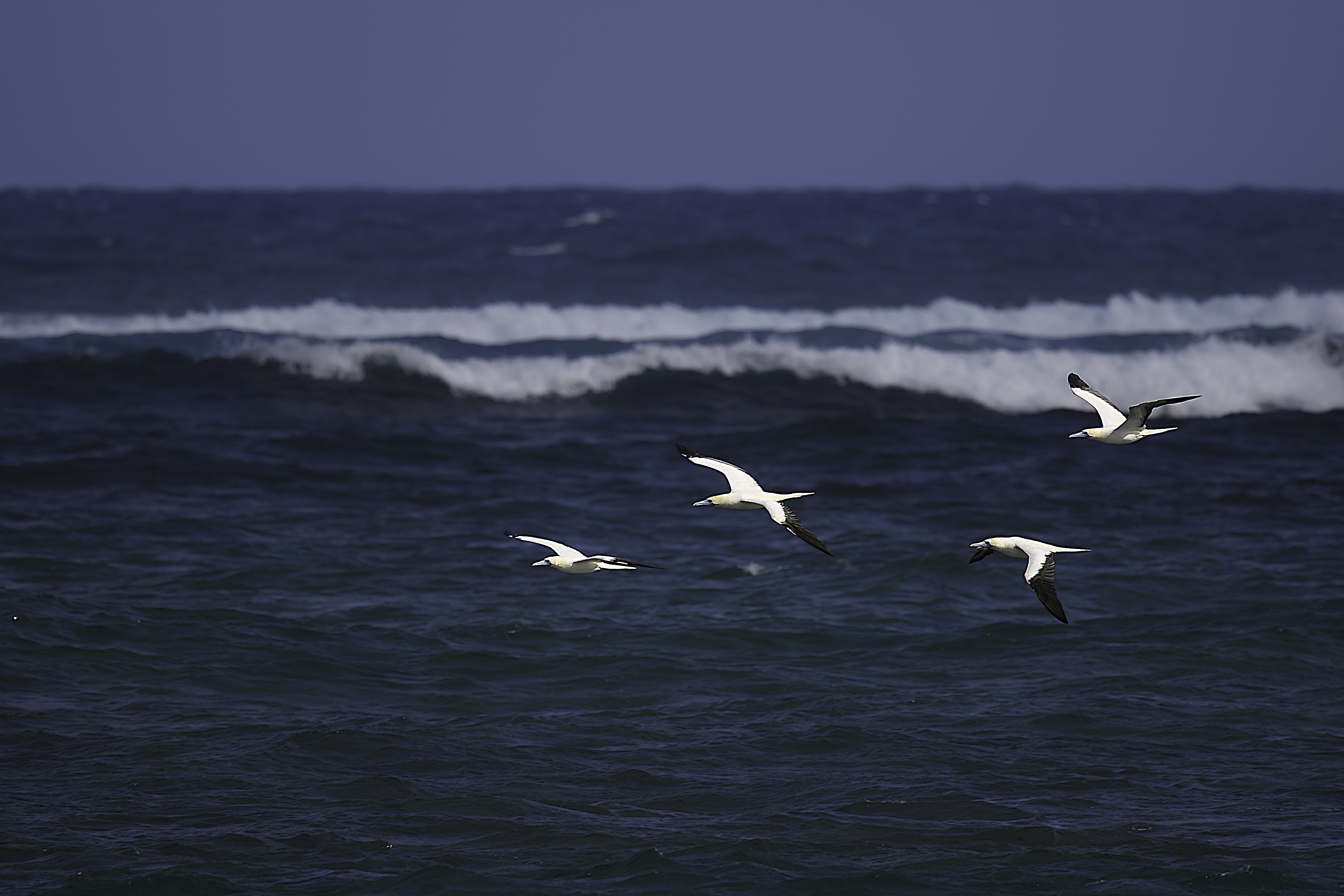