Once again I have taken no photographs today. Instead, I spent much of the day looking for this photograph of my great grandfather, Magnus Erik Magnusson. After spending the day with my cousin Lynda yesterday, I have been thinking nonstop about the Ericksons and what little I know about my mother’s side of the family. Yesterday, Lynda and I realized that the birth certificates for her father and my mother both state Grandma’s name as Emma Manganson not Magnusson as we’d always been told. When Grandma arrived in the United States through Ellis Island in 1903, the ship’s manifest lists her name as Emma Kristina Magnuson. Grandma came to the US alone as a teenager. What courage. I have a letter written in 1985 to my mother from a man in Sweden that says the photograph was taken in 1887 and that the men are “Big Erik,” my grandmother’s father, on the left and Olav Larsson on the right in their Swedish Army uniforms. The man, who was about 80 when he wrote the letter, was Olav’s son Edvin Olson, but unfortunately, he doesn’t mention Big Erik’s last name.

The photograph was probably a copy of a copy and I have no idea what the original format might have been, so I used Perfect Suite B&W and chose a Tin Type filter to enhance the shot. 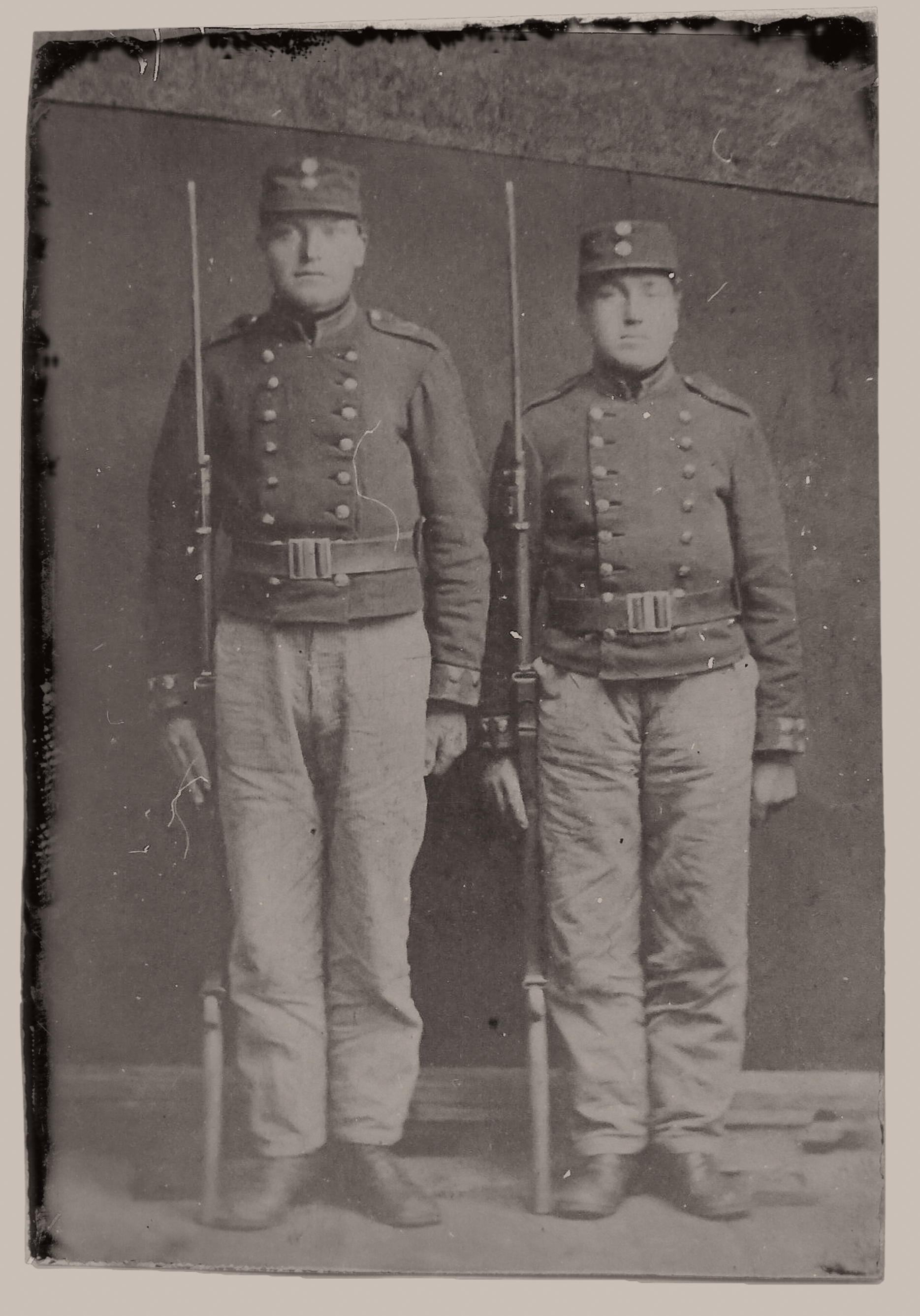