What an exciting day I had on Tuesday. Action Camera called to tell me that my new Nikon 600mm f/4 lens had arrived. The new lens was announced a few weeks ago and I immediately ordered one because I have at least 5 birding trips coming up in the next year and I thought owning one was a better idea than renting one over and over. I don’t have to have it until November when I’m scheduled to go to Alaska with friends to photograph bald eagles, and I didn’t expect the lens to arrive before September, so I certainly didn’t expect to be one of the first to receive it. Charlie, the owner of Action Camera, kept in close touch with his Nikon rep and succeeded in securing one for me. I would have had it last Friday but Nikon sent the 500mm lens, not the 600mm lens he’d ordered for me. Nikon had to overnight my 600mm lens. I opened it at the camera store with the help of Action Camera’s Charlie, Melinda, and Pete. As we unwrapped it, it felt like Christmas for everyone there, not just me. I don’t even know how to describe this lens except to say that it is huge, it comes with its own hard sided suitcase, and it has a lens hood the size of a 3 pound coffee can. But the new lens is 3 pounds lighter than its predecessor. In fact, when it arrived at Action Camera, they were concerned that the lens wasn’t in the box because it was so much lighter than expected.

I didn’t do more than set it on the tripod when I got home. Then, Tuesday evening, I had my camera club meeting. When I got home from the meeting, I was itching to see something from the lens. I decided my only option this late in the evening was to photograph the moon. So I traipsed outside with it to capture the rapidly setting waxing crescent moon. It was quite breezy and the lens was vibrating from the wind; Italian cypress trees were swaying back and forth blocking the moon; and then wave after wave of wispy clouds drifted by, creating a shadow on the moon. I have been singing “moon shadow, moon shadow” over and over ever since. Cat Stevens (or is it Yusuf Islam still?) would probably not approve. Here are two shots that I took with the clouds obscuring parts of the moon. And, a shot that Melinda at Action Camera took of me as I hefted the lens for the first time.

I took the two moon shots (an appropriate subject because it was actually Moon Walk Day —July 21— when I took these shots) at ISO 320, f/8, 1/100 using the D7100. On this crop frame camera, the lens in effect has a focal length of 840mm. Neither shot is cropped. 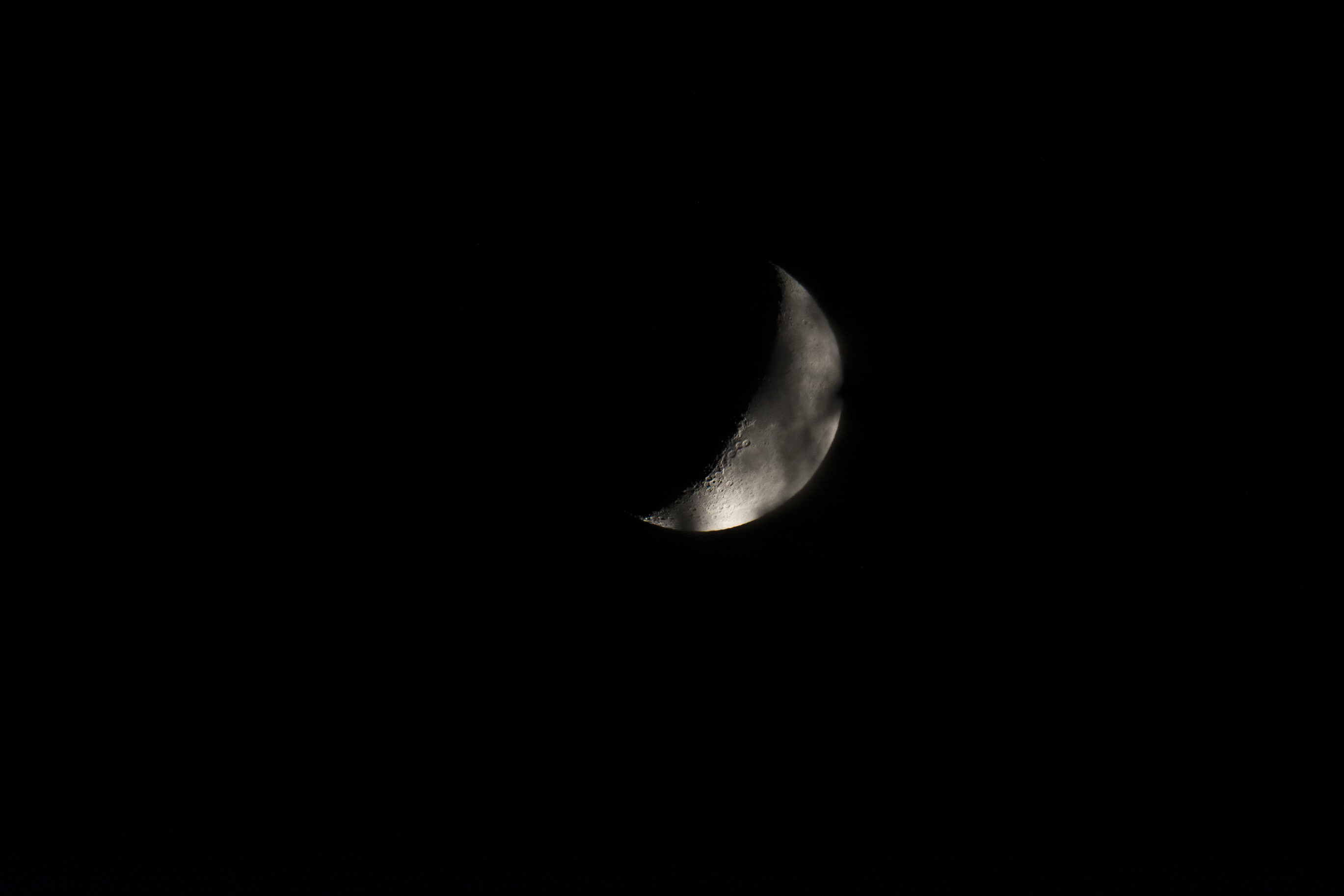 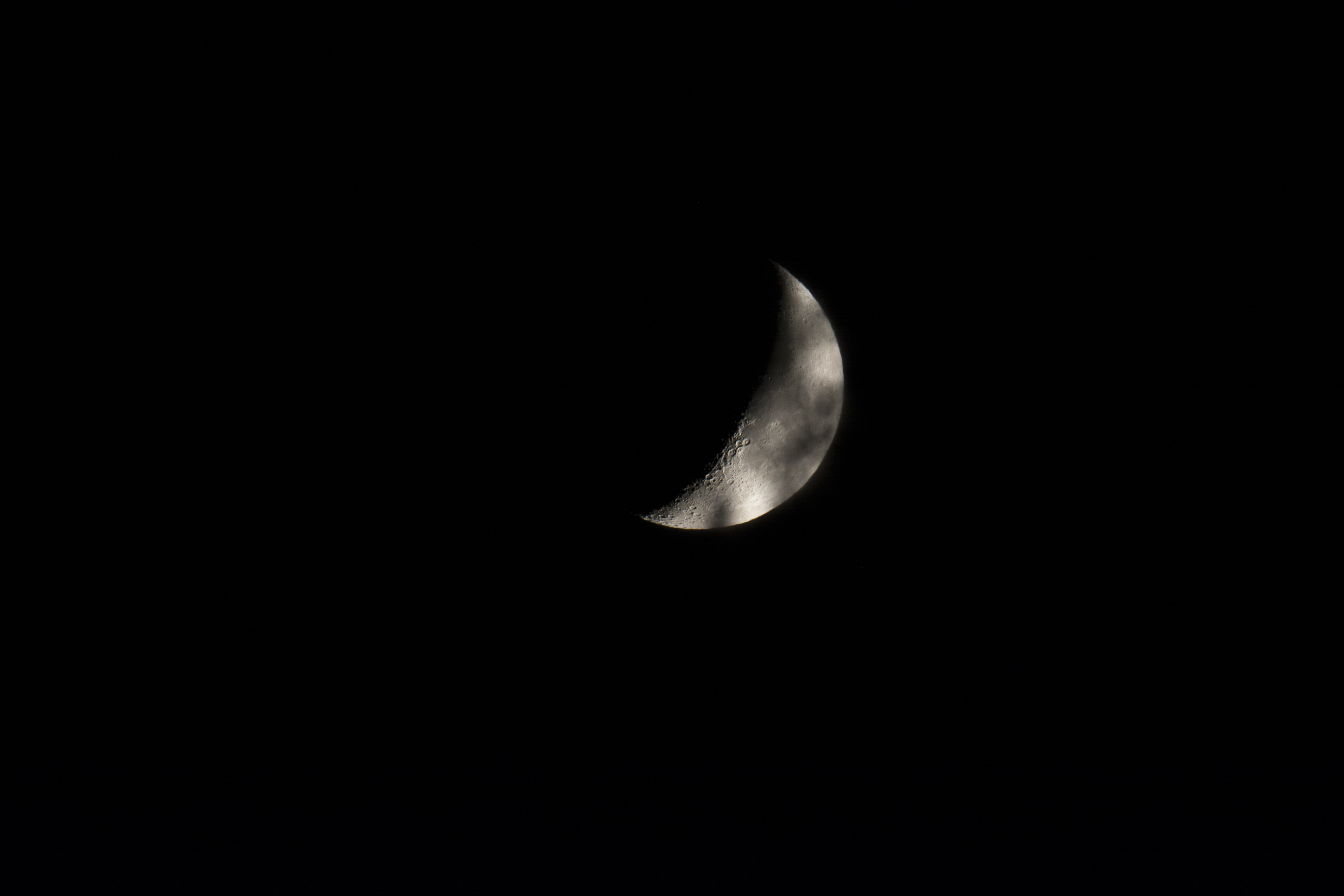