I took no photographs today. Today’s blog photo is one I scanned after finding it in a scrapbook that belonged to my mother. The photograph was developed (according to the information on its reverse) on January 5, 1938, by the Bear Photo Service. It is a photograph of my mother’s family standing in front of the little house my grandfather built (probably from a Sears Roebuck kit) in 1920 in Escalon, California. They raised chickens and almonds on the property, across the street from the railroad tracks. Left to right, my grandfather, Nels Erickson, my grandmother, Emma Magnusson Erickson, my Uncle Roy, my mother, Evelyn, and my Aunt Ethel. My grandparents both immigrated from Sweden in the early 1900’s arriving at Ellis Island as teenagers a couple of years apart. I don’t know how they met. I think the three siblings (at least Evelyn and Roy) were born in Wyoming where Grandpa worked building trestles for the railroad.

When my mother died in March, five days shy of her 98th birthday, instead of losing a family member, I regained family. I didn’t realize that her passing would result in the family coming closer together, but that is exactly what has happened. I’m sharing this photo because today I reconnected with my cousin Lynda, Roy’s daughter, after probably 50 years. We met in Walnut Creek for lunch. Our cousin Penny, Ethel’s daughter, was supposed to join us but at the last minute she had to cancel. We’ve already scheduled another get-together for the three of us. What fun to reminisce and compare notes. So much of our family history is a mystery…those stoic Swedes were tight lipped. 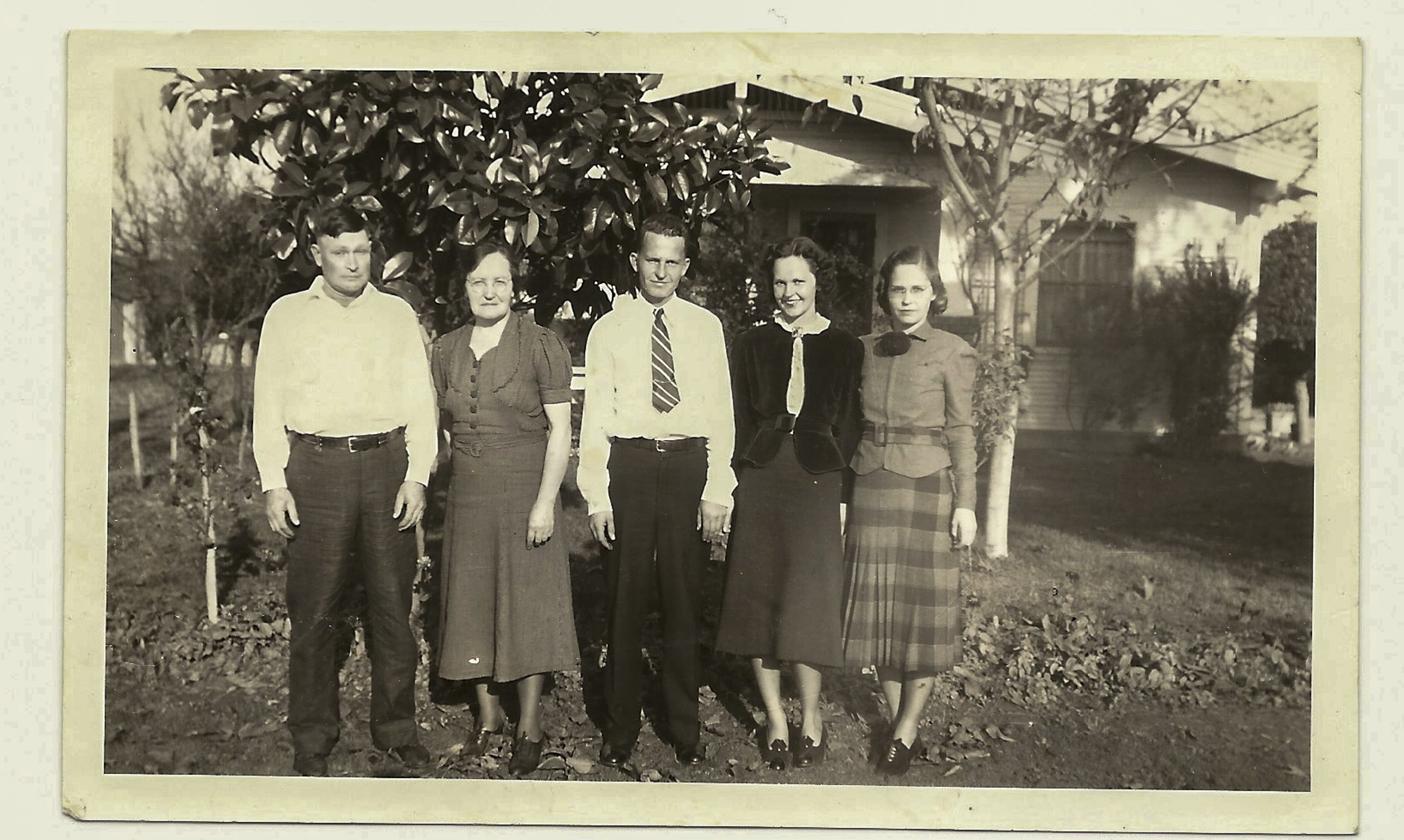