On Wednesday evening we walked from the Tap & Vine on High Street in Auburn down Lincoln Way to the Old Auburn Firehouse #1.  On the way, we passed the historic Auburn Courthouse and found the contrast between the brightly lit courthouse in the background and the unlit light standard in front an interesting subject.

In the first shot, it appears as if the photograph is rendered both in color and black and white or that some Photoshop shenanigans were involved.  Neither is the case.  The entire photograph is in color. In the second shot, the colors changed when I moved to my right just a few feet.  The lamp takes on a blue cast and the courthouse more of a yellow glow.  I used a tripod for both shots and both were at ISO 64 and Auto natural Auto white balance.  In the first, the aperture was f/4.5 and a shutter speed of 1/2 second; and the second was shot at f/20, and a shutter speed of 25 seconds. 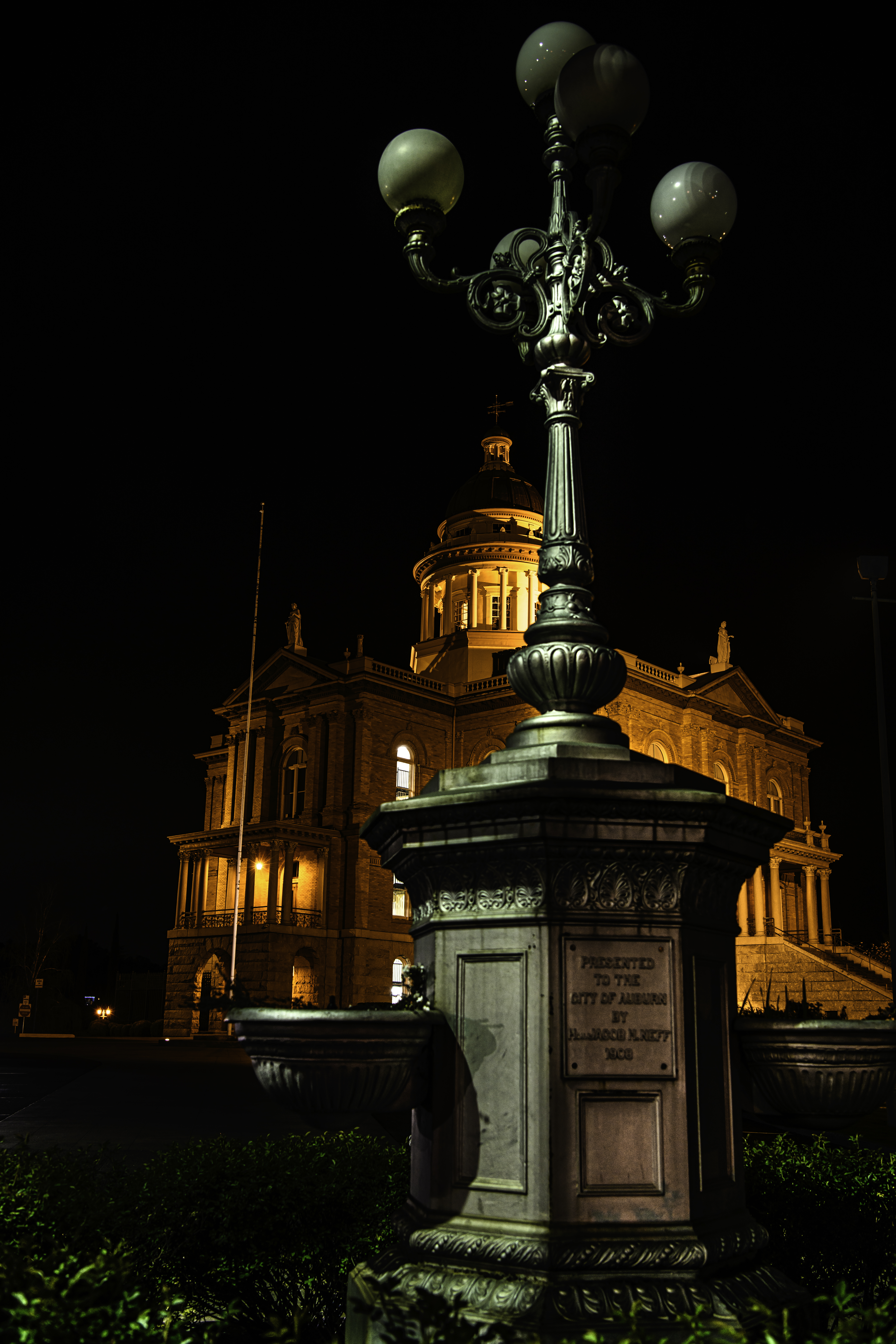 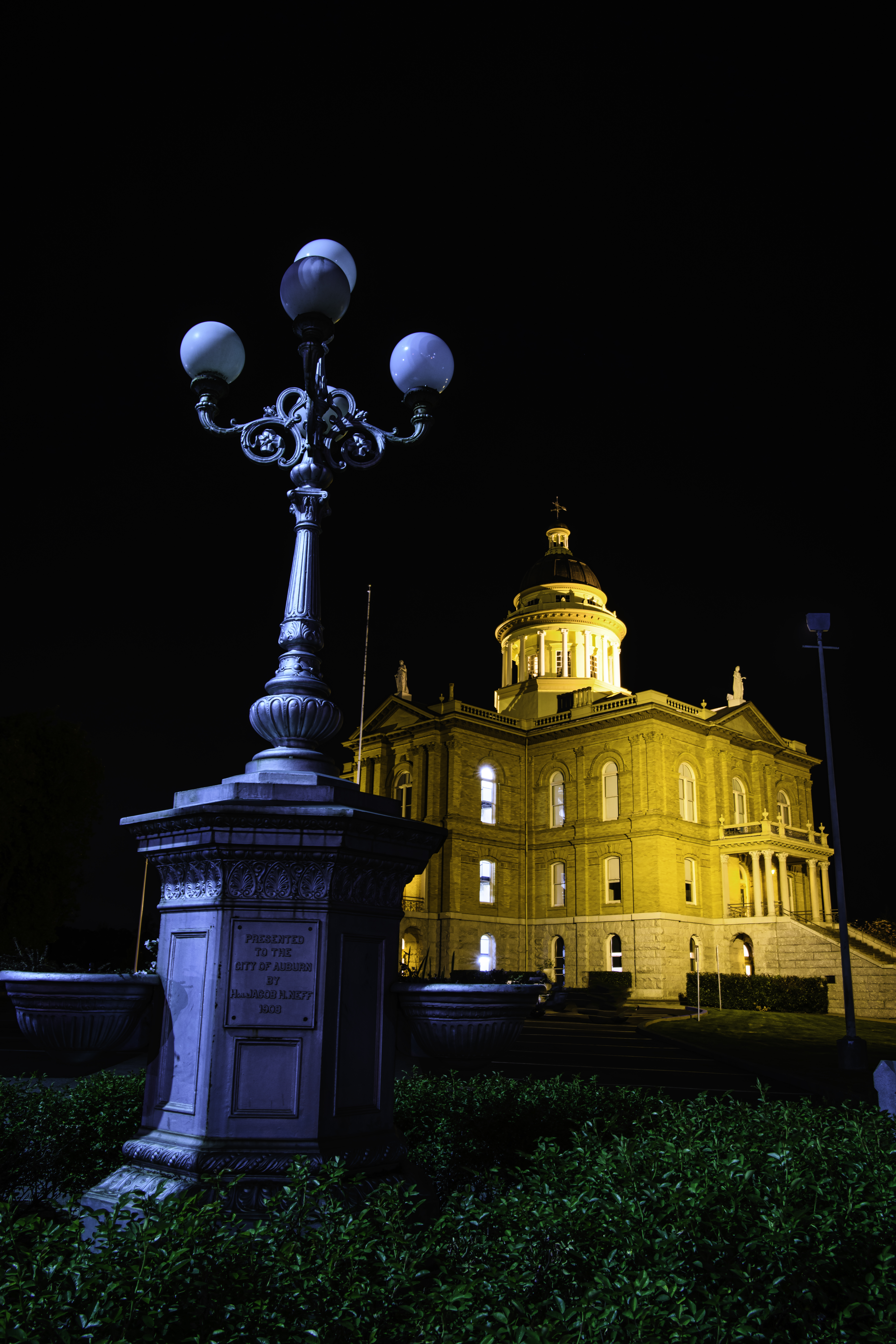