Well, I had a screw loose.  Actually I had three screws loose.  And then, they were screws lost because I didn’t know they were loose.

When I got home from Nebraska and removed gear from my camera bag, the lens collar for my 300mm lens fell apart.  Two screws were gone.  Then, I checked the lens collar for the 80-400mm lens, and one of those screws was missing.  Although I clean and examine my gear often, it never occurred to me to check the tightness of screws, especially screws on the inside of a lens collar.  This short-sightedness could easily have resulted in disaster for me.  Had the collar failed while on the tripod, the lens and the camera would have plummeted to the ground.  The missing screws were not in my camera bag nor were they in my “tiny screws” box where I put odd small screws that I find and don’t know where they belong; they’re usually from eyeglasses but I was hopeful.  They were  nowhere to be found.  The screws are so tiny that if they fell out on a trip, I’d never notice one on a carpet or floor of a vehicle or on the ground where we’re shooting.  The head is about 1/8 inch in diameter and the length of the screw is about 1/8 inch with only a couple of threads, obviously the reason they loosened in the first place.

Fortunately, the folks at Really Right Stuff    where I bought the lens collars helped me out.  They don’t carry these tiny screws in inventory but were able to get them from their supplier at a tiny cost to match their size (25cents each) which they passed on to me.  I bought 8 screws, four for each lens collar (they’re different sizes of course) so if I fail to check tightness again and lose another screw, I’ll have extras.  It cost as much to ship the screws to me as it cost me for the screws but $4.00 is a small price to pay to insure that my lenses are safely attached to their collars. 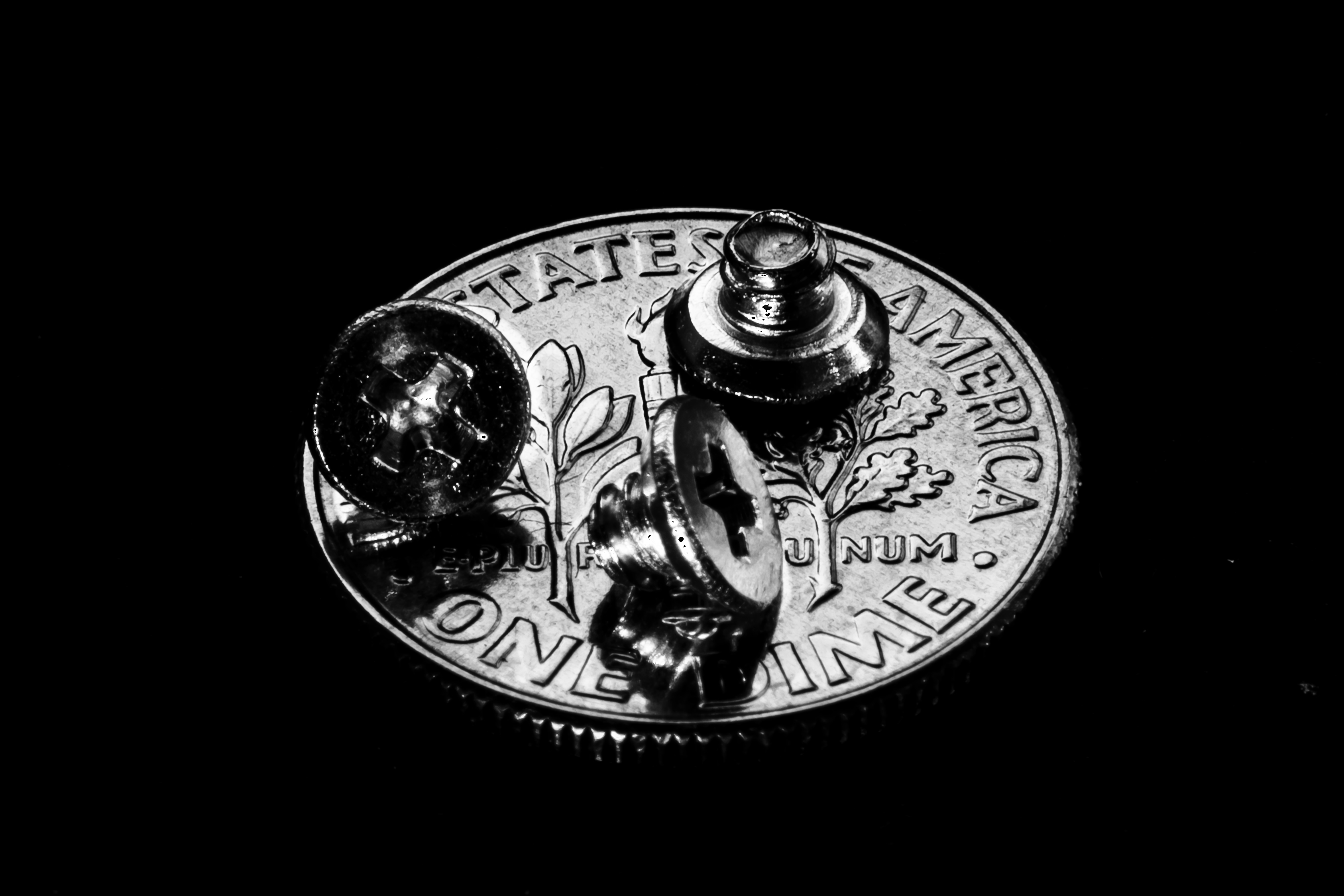