On Tuesday afternoon in Nebraska, we were invited to photograph a control burn on the Sand Hills ranch property where we stayed.  These types of burns are used to control invasive species and to revive the prairie grasses on the ranch’s pasture lands.  The operation was scheduled on this day because of the perfect weather conditions and we were allowed access to areas around the perimeter of the burn.  The fire department and ranch fire crews, driving ATVs, pickups, small fire trucks and massive converted surplus military tankers with water, raced up and down the sandy hills igniting the fires in specific areas, watching closely, and watering hot spots to maintain control.  We were intrigued by the three huge tankers, and one in particular that proudly flew a tattered American flag and was driven by a Stetson wearing fireman accompanied by his dog.  That imposing truck, dubbed Megatron, was my favorite.

As we watched through the heat shimmer, Megatron raced down the hillside to keep control of the fire line.  We stood on the burned perimeter for a couple of hours while flames raced across the prairie and Megatron and the others safely and efficiently controlled the massive burn.

We all reeked of smoke but the excitement of this unexpected privilege that took us so close to the flames and let us watch such an expert crew at work made up for it. 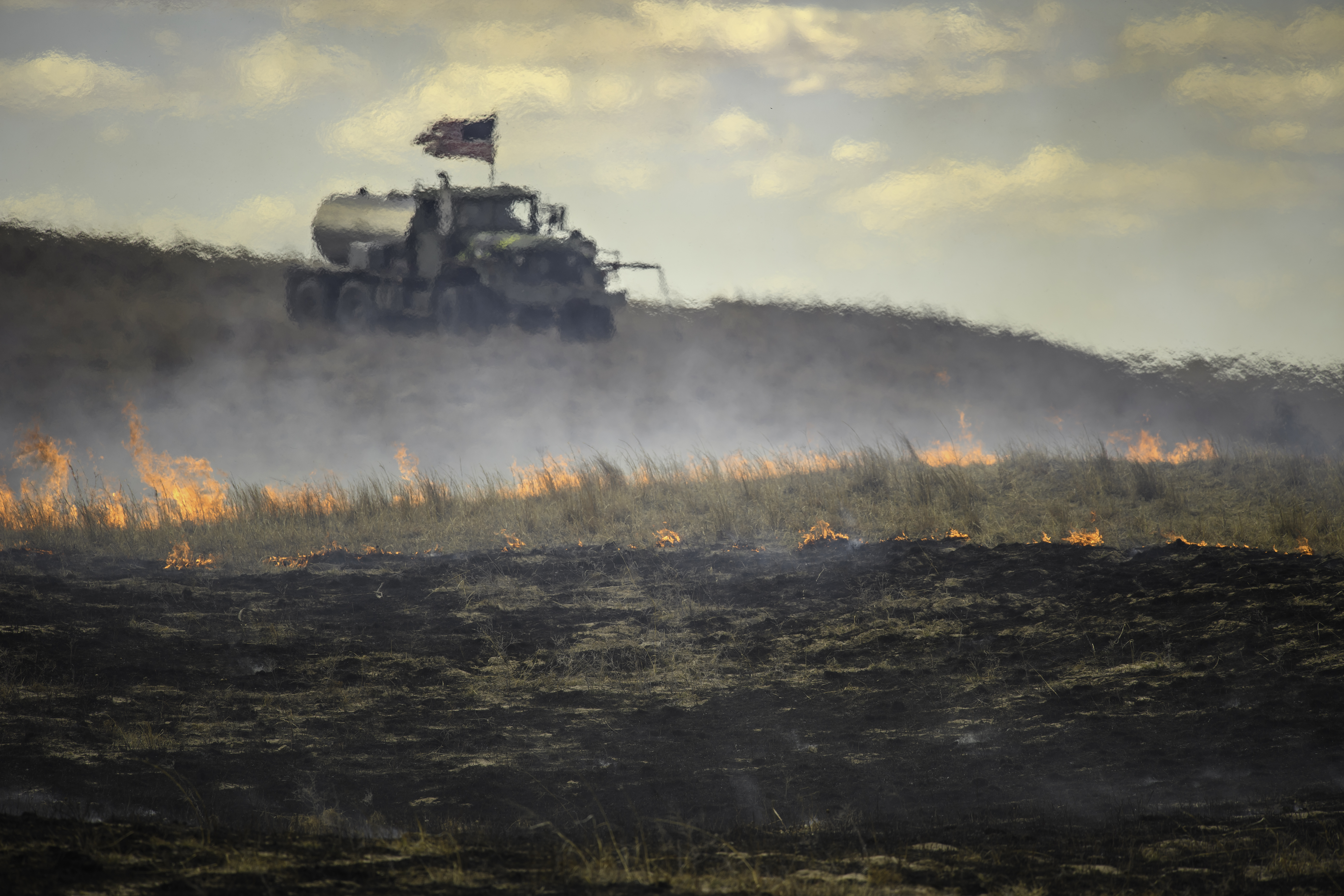