Male Greater Prairie Chickens put on quite a display to impress a female.  The males pair off and posture against each other with calls, booms, foot thrumming, and jumping attacks.    This demonstration lasts for hours each morning on the lek during a short few weeks during mating season.  The females arrive late at the lek after the males have invested quite a bit of time trying to intimidate the other males.  The females stroll across the lek, seemingly indifferent to the males’ efforts to attract their attention.  As long as the females are there, the males continue their dance.  Often, the females observe for a while, then disappear without choosing a partner.  As the females disappear, the disappointed males quiet down and eventually fly off to feed and get sustenance to continue their efforts tomorrow.

This female perched atop the barbed wire, swaying and wriggling trying to maintain her balance as she looked over the males for a potential mate.  One of the smitten males hopped up to the fence post near where she’d perched after she moved further down. He tried to thrum his feet on the small post, only to lose his balance and stumble. When he regained his balance, she was gone. 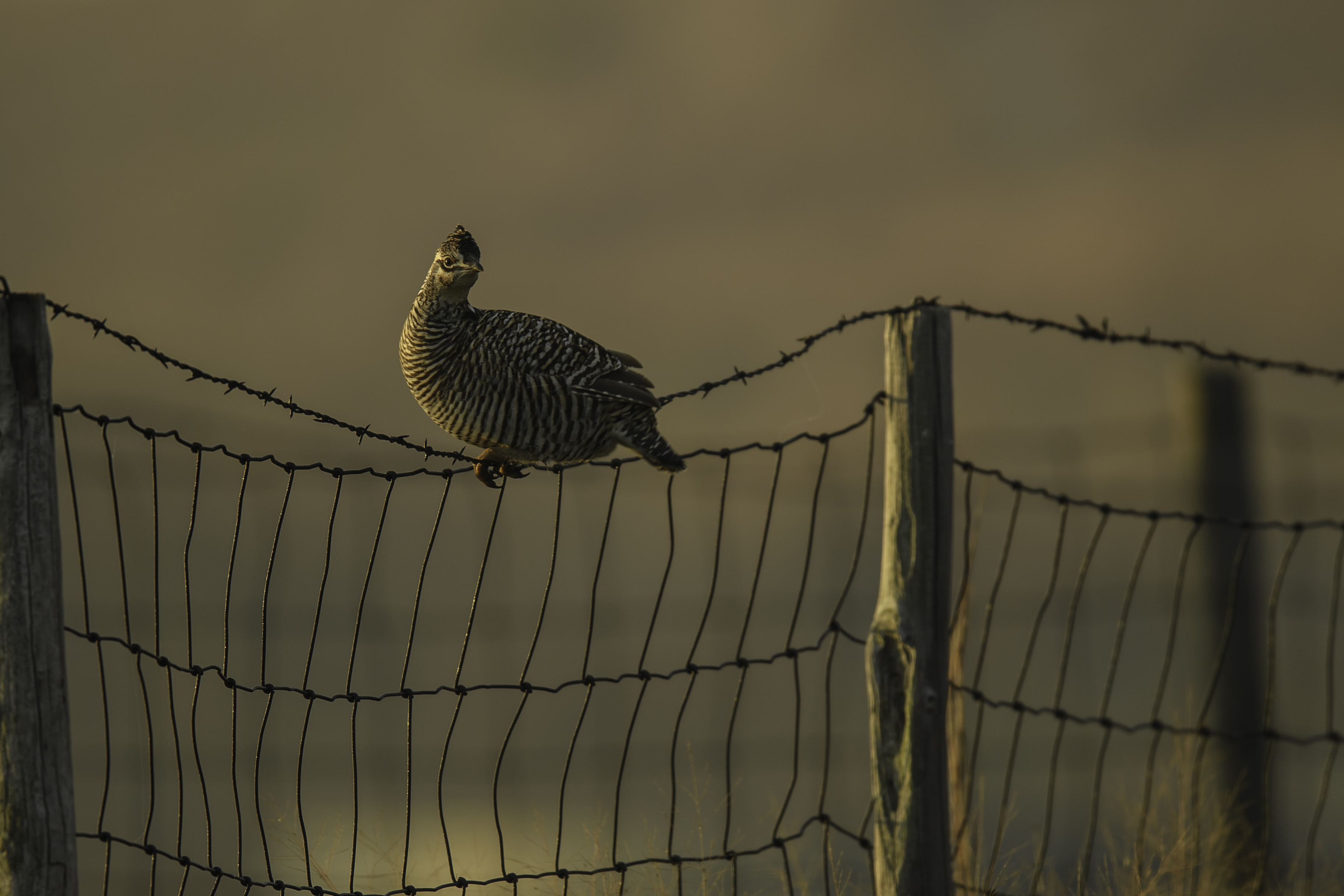 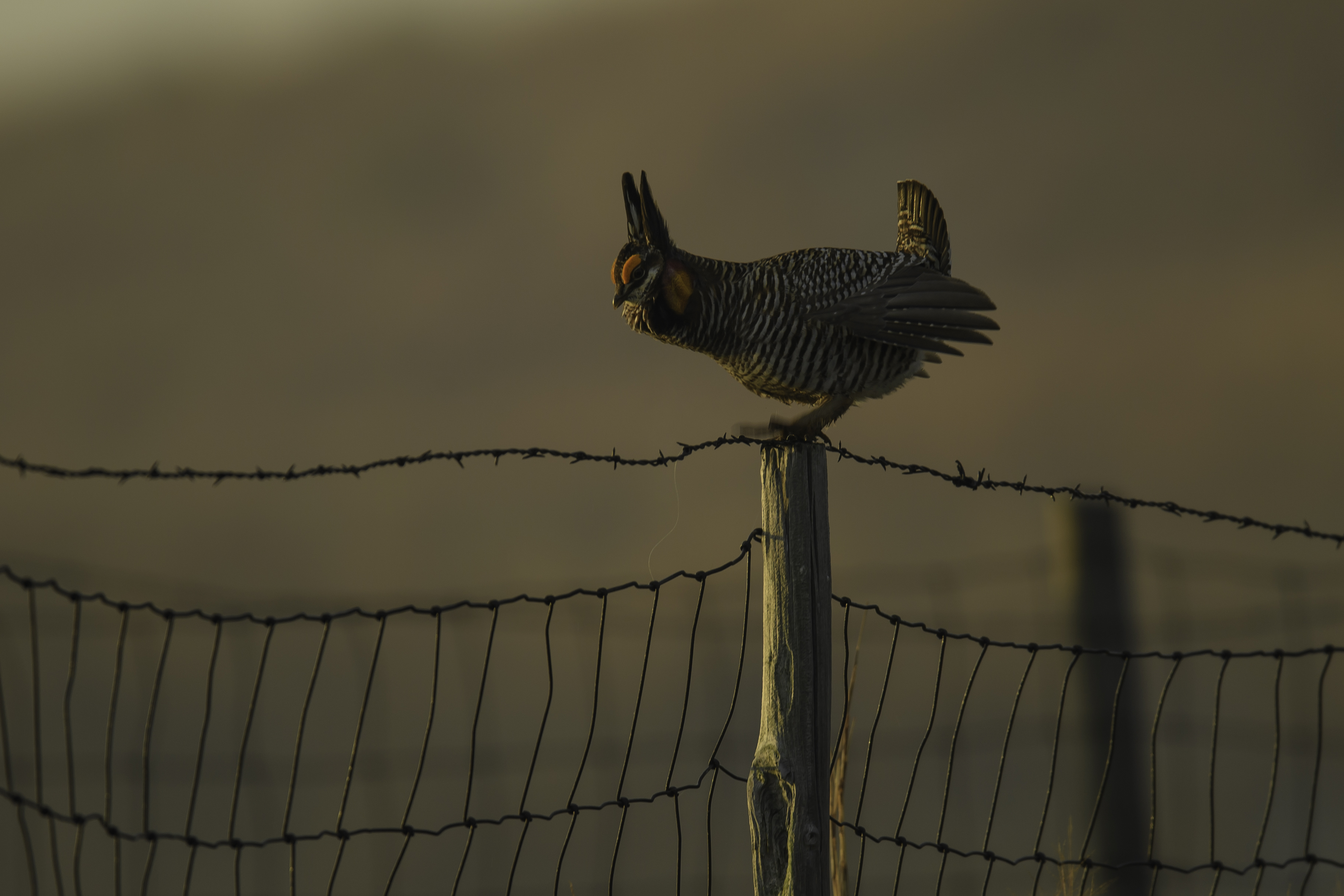