I ran across this undated photograph of my brother and me on a horse.  I love it for some reason.   With the lead rope laying on the ground, I guess my mother trusted that the horse wouldn’t bolt.  I don’t know where it was taken and I’m not even really sure which brother it is but I think it’s John.  My brother Art is five years older and John is two and a half years older.  I’m guessing I’m about 3 in this  and the brother on the horse looks only about 5.  After  scanning it I decided to post it on the blog but thought it was too plain and I needed to spiff it up a bit.  I remembered I had some background textures that might work from my trip to the Grand Tetons in 2013.  I even had a rusty nail that I extracted from a photo I took on that trip.  So, I used my rather crude Photoshop skills to combine all three photos and make a shadow of the nail and the photo on the wood wall.  I should have taken the time to make the photo look like the nail had pierced it but  I’ll try that some other time.  I placed the shadow of the nail  in the opposite direction from the shadow of the horse in the photograph (no, I didn’t add the shadow of the horse) to balance out the shadows.  John seems pretty mesmerized by the shadow of the horse. 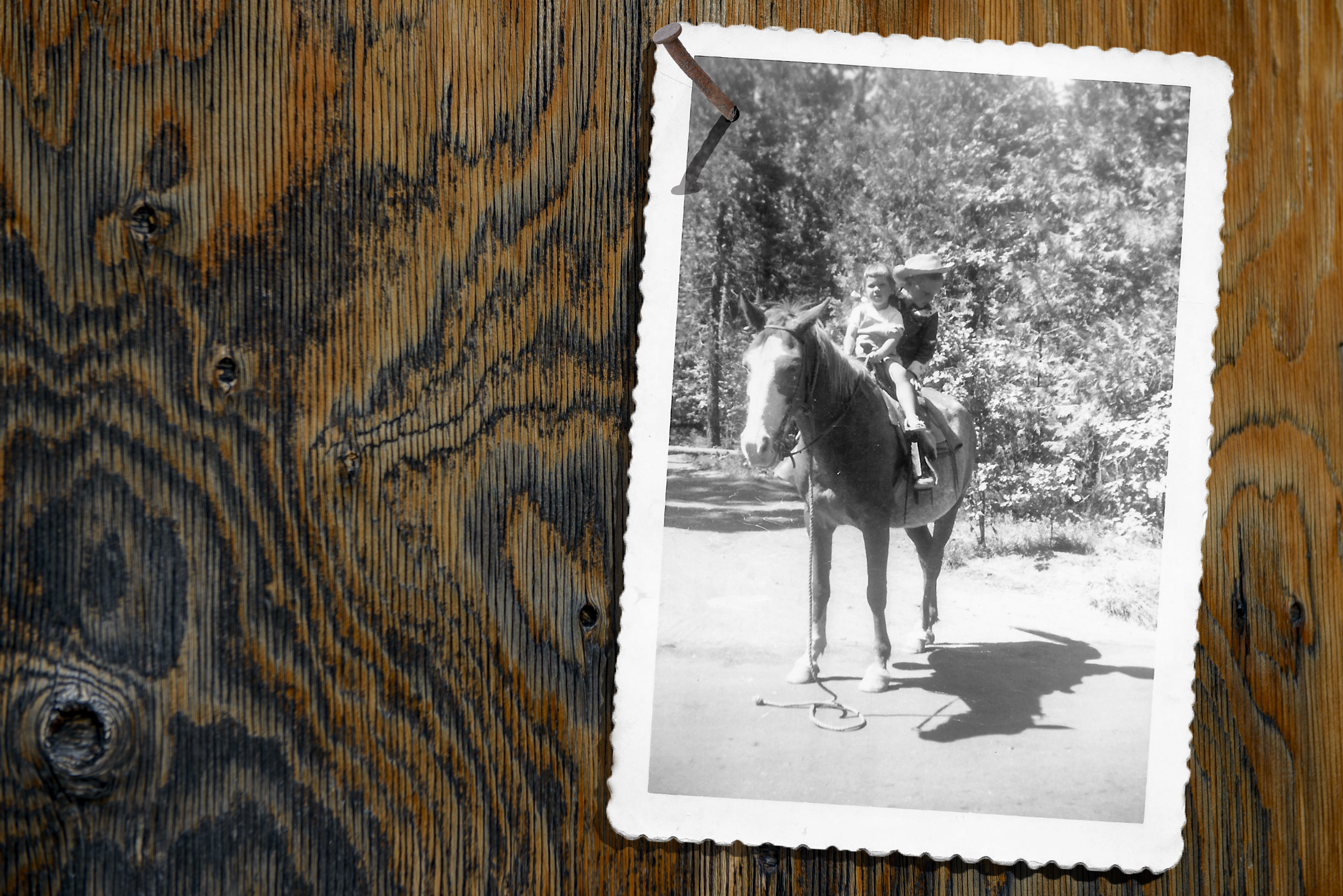