Homer seems to be a bit wary of the new natural flowers on the patio and stays with the feeders but Homer Jr., on the other hand, seems to enjoying testing out the real flowers.  I also bought a red mandevilla  which has a much larger tubular flower than the Black and Bloom Salvia which he’s also tried a couple of times but so far, my only shots him at the red flowers are of blurry blobs retreating.

As much as I’d love to photograph a mature bird with a colorful gorget feeding at the flowers, Homer Jr. is it right now.  And, he seems to be molting.  The large white feather on his tail is a little distracting but until it molts off, it’s part of him. 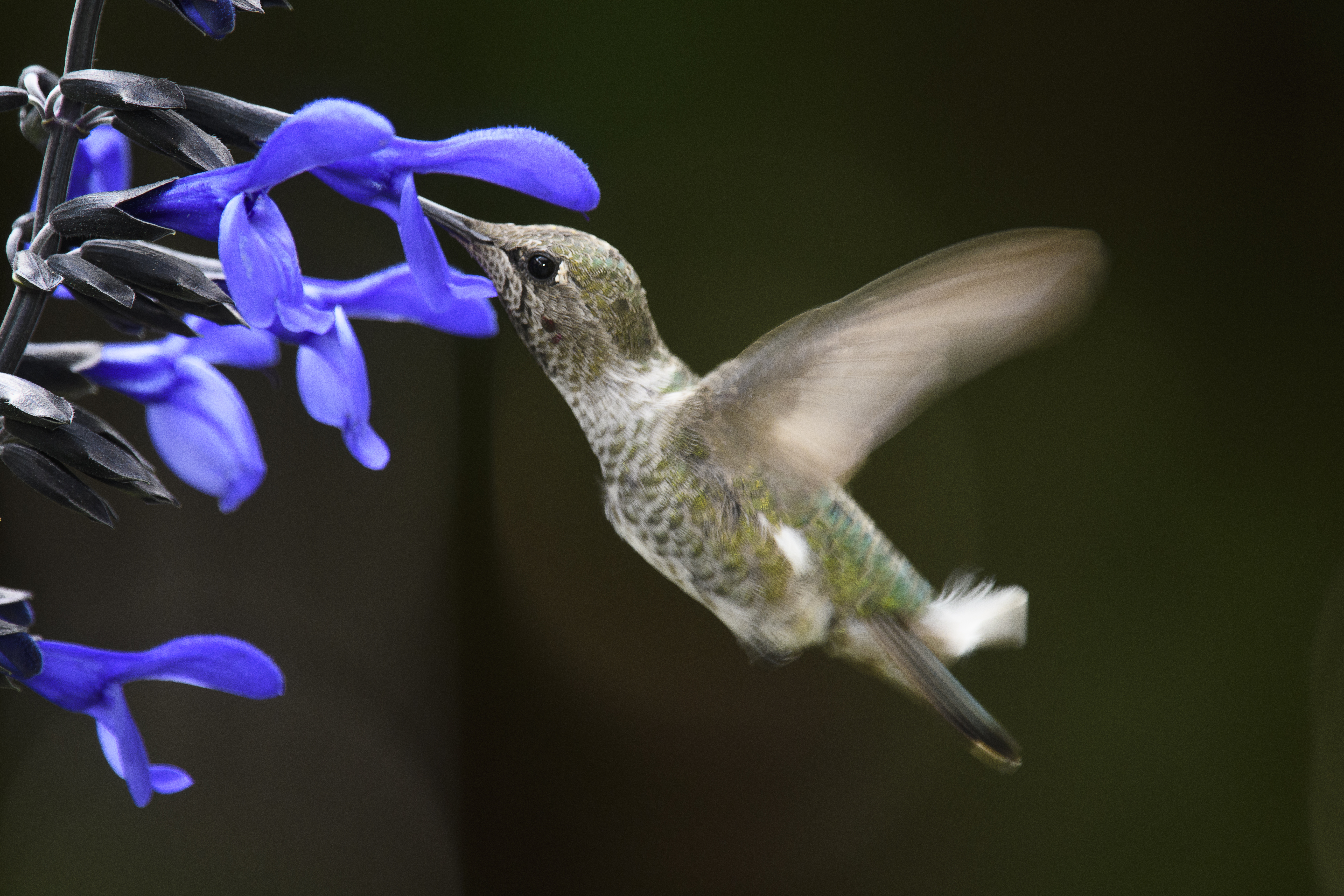