Some time ago I named my resident Anna’s Hummingbird Homer because a friend pointed out to me that she always knew when I was home because I’d post a photograph of my resident hummers.  I’ve been home for most of two months now and Saturday morning was the first time I’ve photographed Homer since I visited Madera Canyon, AZ to photograph hummingbirds.

They say that the more feeders you have, the more hummers you’ll attract.  I think Homer is very effective in deterring interlopers.   Despite having three feeders in my yard, Homer manages to dominate all three.  While I was out Saturday morning, he kept 2 other males at bay while watching me at the same time.  There is never more than a single hummingbird feeding  at a time.  So, unlike Madera Canyon, visits to the feeders are few and far between.  I focused on a single feeder and a few times, Homer outsmarted me by visiting one of the other feeders but the backgrounds were not as pleasing so I waited.  Hummers feed every ten to fifteen minutes so they’re fairly predictable and Homer always announces himself by chirping when he comes to feed.  I’m not sure if that’s a warning but it helps me know when I need to pay attention to my focus.

I used a modified version of our flash setup from Madera Canyon because I wanted to see how it worked using a single flash with a curved Flashbender reflector instead of two.   The heat (Saturday’s forecast: 110°) prevented me from comparing the two-flash system and  I was driven indoors before I could do the comparison, despite the early morning hour.  Smoke from fires in California turned the sky to a hazy yellow and Homer’s gorget didn’t reflect its usual bright pink but has more of a rosy gold color.  I don’t know if that is just the angle or if the smoke has created a filter that affects the color. 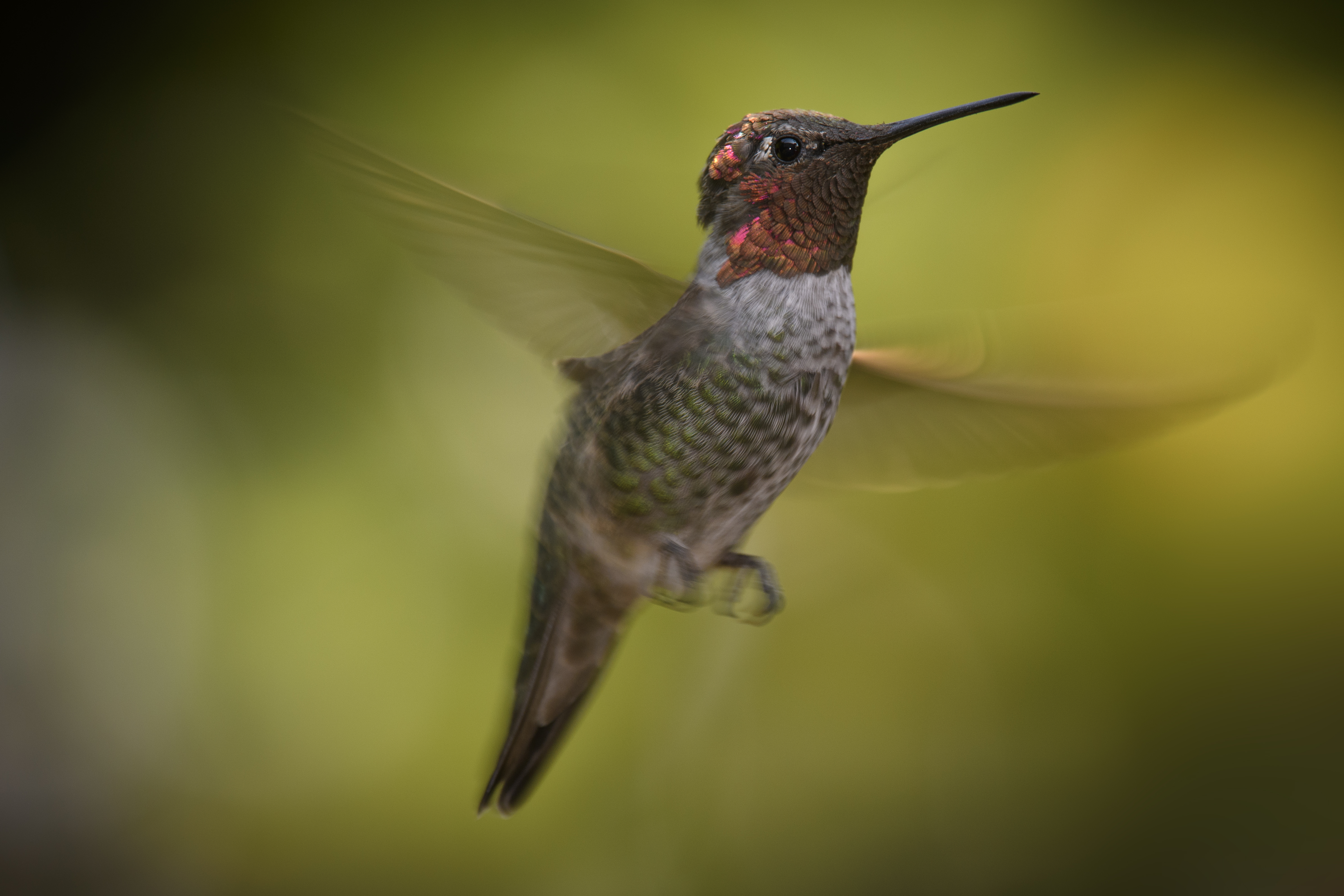