After spending time fighting the wisteria, whose tendrils and drying leaves intruded  into my hummingbird photographs, I decided continuous pruning was not the answer.  The wisteria is between me and the hummingbird feeder with the most desirable background.  The backgrounds of my other two feeders are too busy.  Moving those feeders is another project but moving them would likely involve ladders and because of my tendency to shy away from ladders, it is a chore I will not soon tackle.  A much easier option was simply to move myself and my camera so that I wasn’t fighting extraneous encroachments.

My tendency to plant myself in one place when using a tripod has been the subject of more than one discussion with Moose.   Sometimes moving just a few inches makes such a remarkable difference that it is really a no- brainer and one of the easiest ways to dramatically change a photograph.  I think I have a tendency to be a little like the Scarecrow in The Wizard of Oz, when he sings, “If I only had a brain,”   although the “no-brainer” aspect of this act implies that it should be instinctive,  not requiring a brain at all.   So I actually surprised myself when I decided to move just a few feet and place my camera 90° from where I’d been.  The background was still desirable and although I didn’t have quite as clear a view of Homer as he perched watching over his territory, I could still see him on one of his resting spots so I usually knew when he was going to fly to the feeder.

Of course, after I moved, Homer chose the feeder directly behind me.  I heard him making the tiny peeping sounds when he feeds.  But, I was persistent and sure enough, he returned to his preferred feeder in front of me after about ten minutes.   I didn’t double check my settings after I moved so I let my shutter speed get a little slower than I intended (1/160 instead of 1/250) so much of his body is blurred from movement.   Plus, we were having a rare partly cloudy summer day, and the light changed often with clouds moving in front of the sun.   Even with two flashes, only a small part of his gorget was lit.  But by moving, I was able to see a different side of Homer. 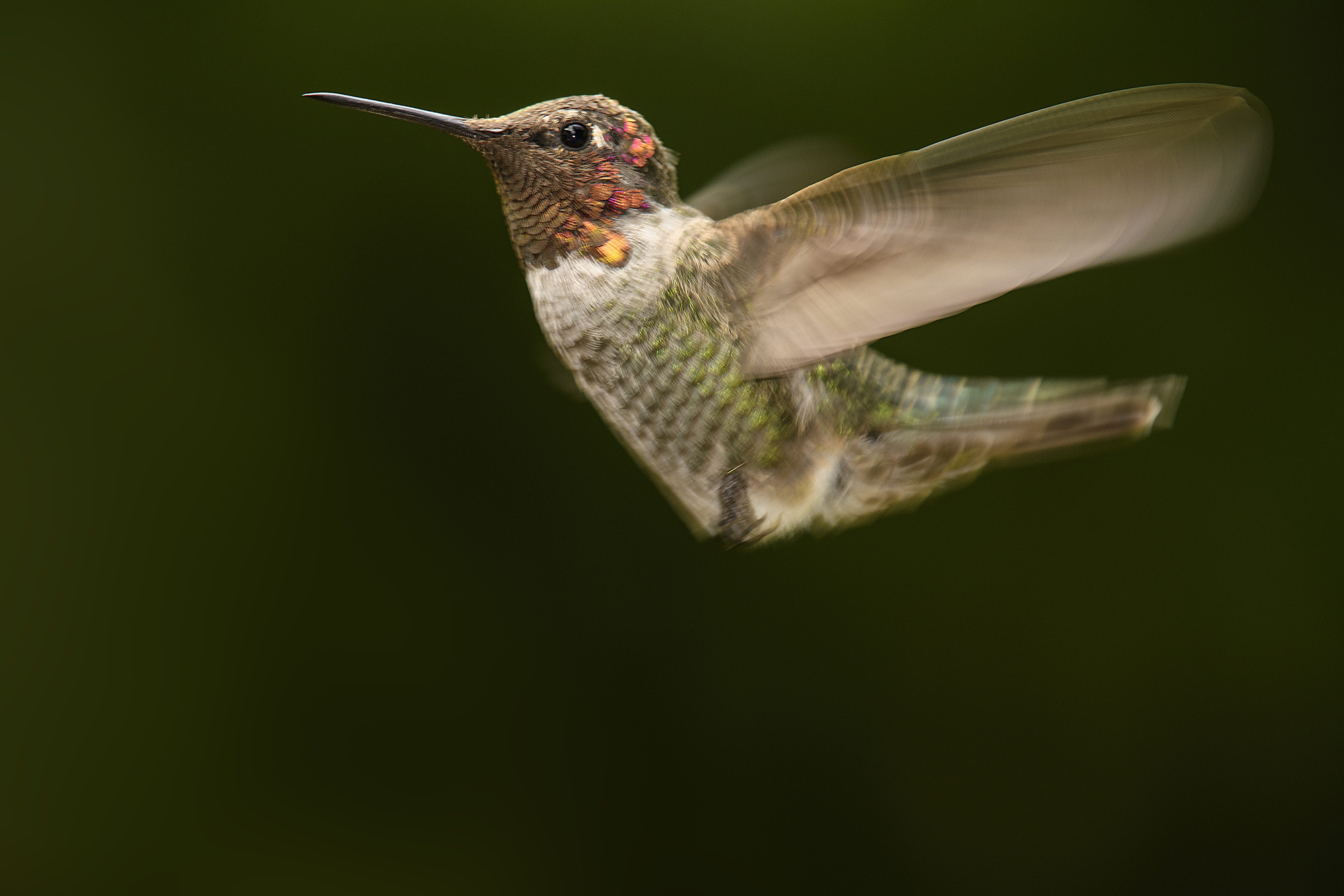