The smoke from wildfires in the region and elsewhere has lessened and the temperatures have dropped by twenty degrees, making it possible to enjoy my patio in the late afternoon.  Of course I wasn’t just sitting there.  I had my “hummingbird rig” with me and this time, I was using the two flash system that we used in Madera Canyon.  Homer was lurking in the shadows and every nine to 13 minutes (based on EXIF data from my camera) he would fly to the feeder, hover and feed for four to five seconds and then return to his perch.

The afternoon light doesn’t seem much different from what I saw in the morning shoots I’ve done this week, but I think the two flashes may have improved the overall appearance and sharpness of the subject. 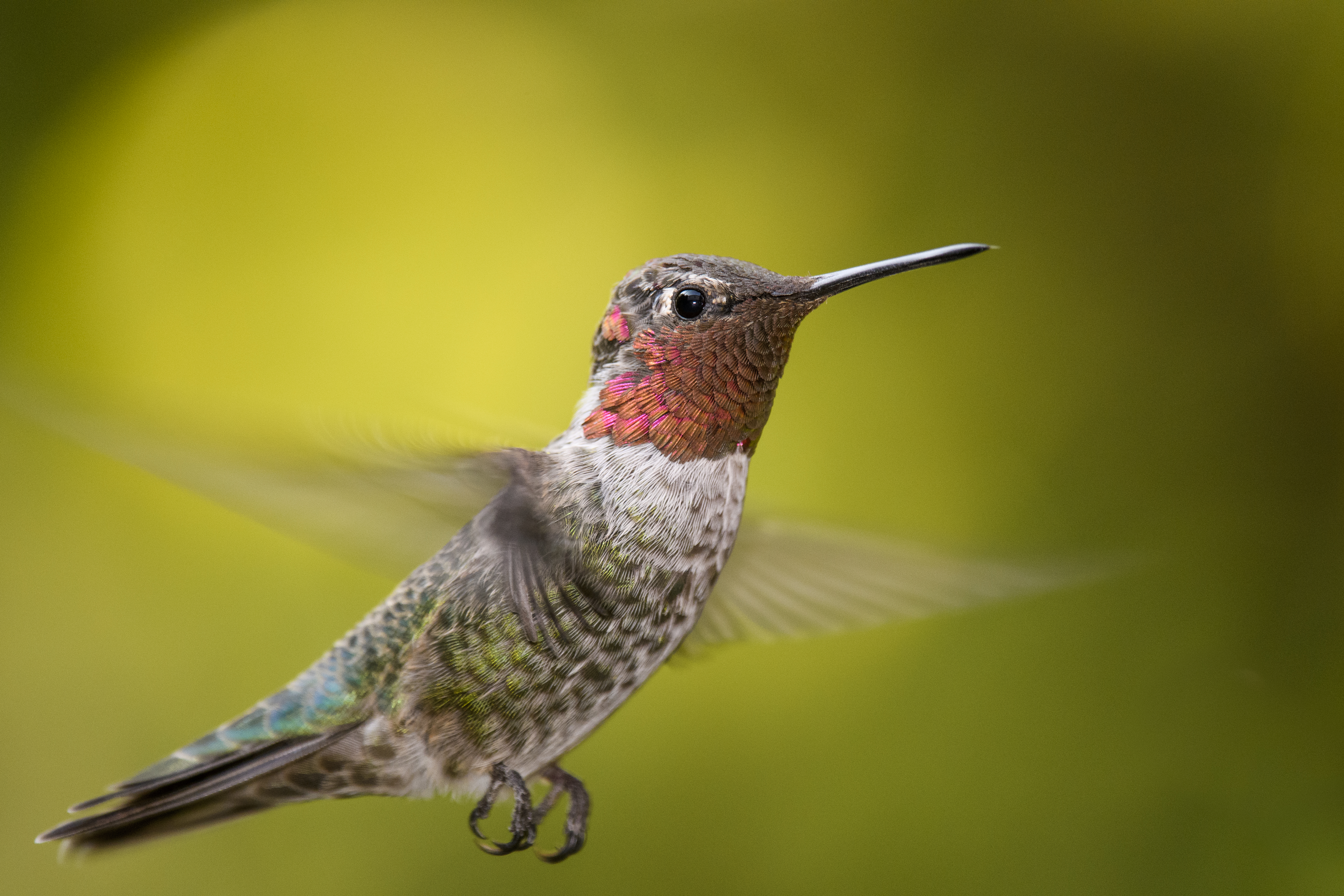