The California Foundation for Birds of Prey’s annual Open House was Sunday afternoon in Lincoln, CA. I met several new birds this year and I also met Tony Suffredini who rehabs eagles for the CFBP.  Tony is an animal trainer and his film credits are extensive.  But for me, his most memorable achievements are the Windex commercials with the Pied Crows playing pranks on unsuspecting homeowners.

Tony brought several birds for a presentation but the highlight was a female Golden Eagle, as yet unnamed, who came to the CFBP a little over year ago as a non-thriving fledgling.  After a year with Tony, she thrives and within another year, she’ll be released into the wild.  Tony flew the eagle in a free flight demonstration that was a first for her and Tony in front of a crowd of people.  She performed beautifully, chasing a remote controlled car that towed a jack rabbit lure.  Unfortunately, the eagle flew  away from the crowd, not toward the crowd.  I hope that will change next year.

Here are two shots that I was able to get just before the flight demonstrations.  The sun was harsh and directly overhead with no shade and I couldn’t move because I was wedged between a table and a tent.  The bird has a few white feathers on the top of her head which are blown out from the sun beating down. 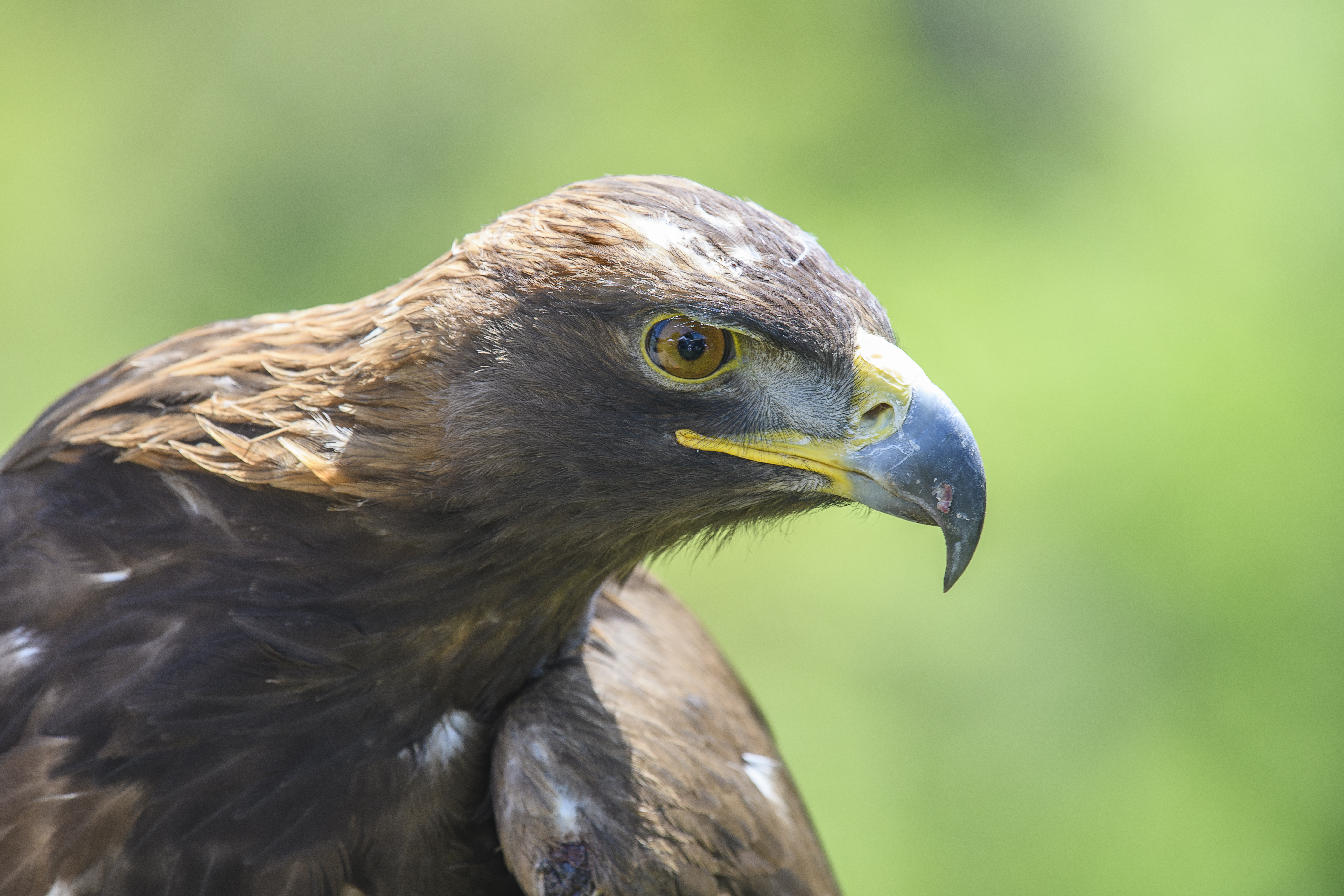 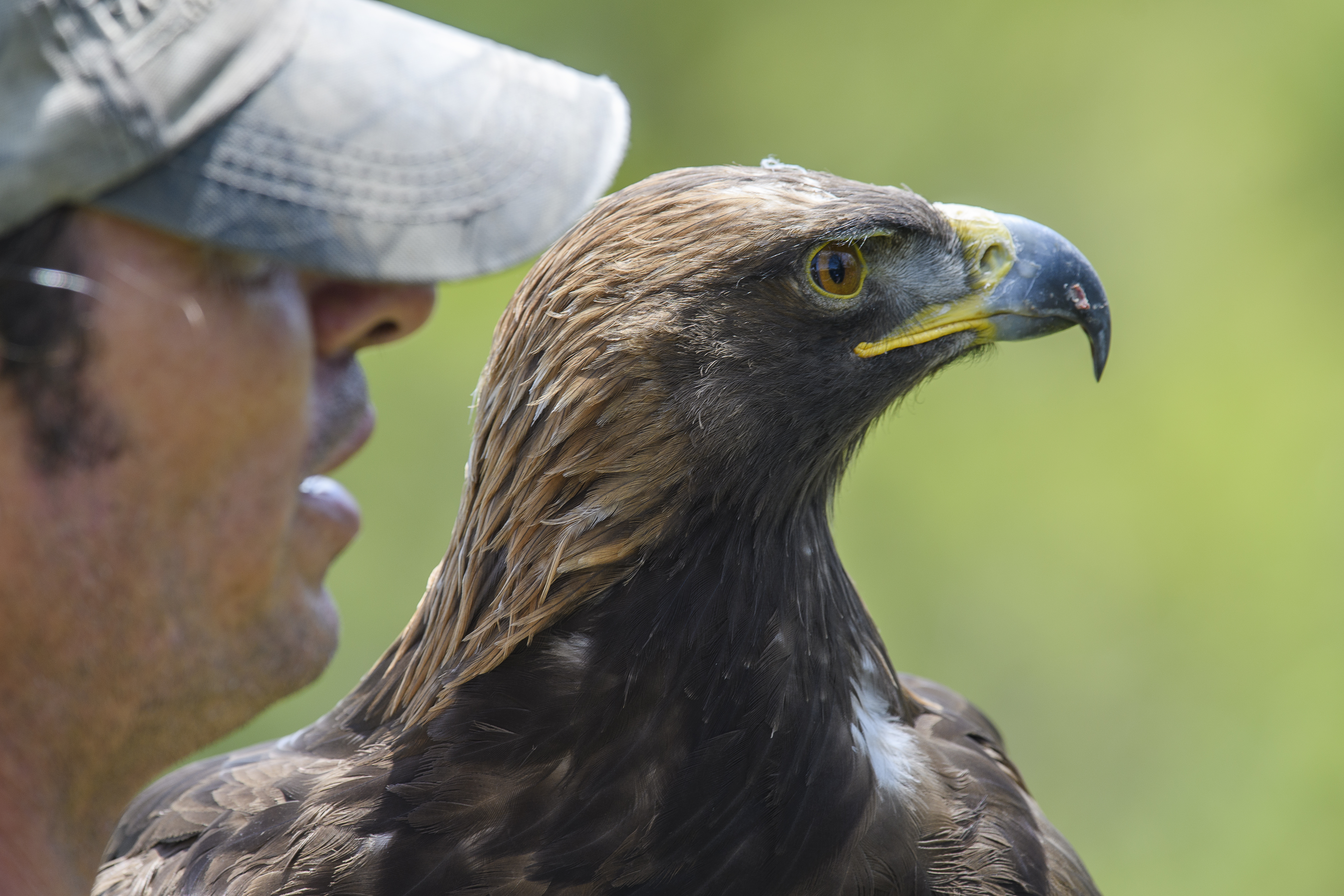