Bird identification is tricky.  I thought this photograph of a gull I took last week at the Cape May Ferry would make it easy to identify the bird but I can only narrow it down to three species which probably means it’s none of them and is a fourth I can’t find in my Sibley Guide to Birds.  The three gulls I suspect are:

1) Ring-billed Gull which has a pale iris but no orbital ring; a black ring on the bill but no red spot beneath the black; and the gape, the back of the bill, is red on the Ring-billed Gull but not on this bird.

2) California Gull ( despite its name it does apparently appear as far east as Cape May, NJ)  has the red spot and black ring on its bill: and it has a red orbital ring around the eye but with  a dark iris, not a pale iris like this bird.

3) Herring Gull which has a pale iris and orange yellow orbital ring like this bird; and a yellow gape and red spot but no black ring on the bill.

Of course, it could be a hybrid or I didn’t turn enough pages in Sibley’s to find the right one.  I give up.

On the other hand, I got in some panning practice with the gulls at the ferry, 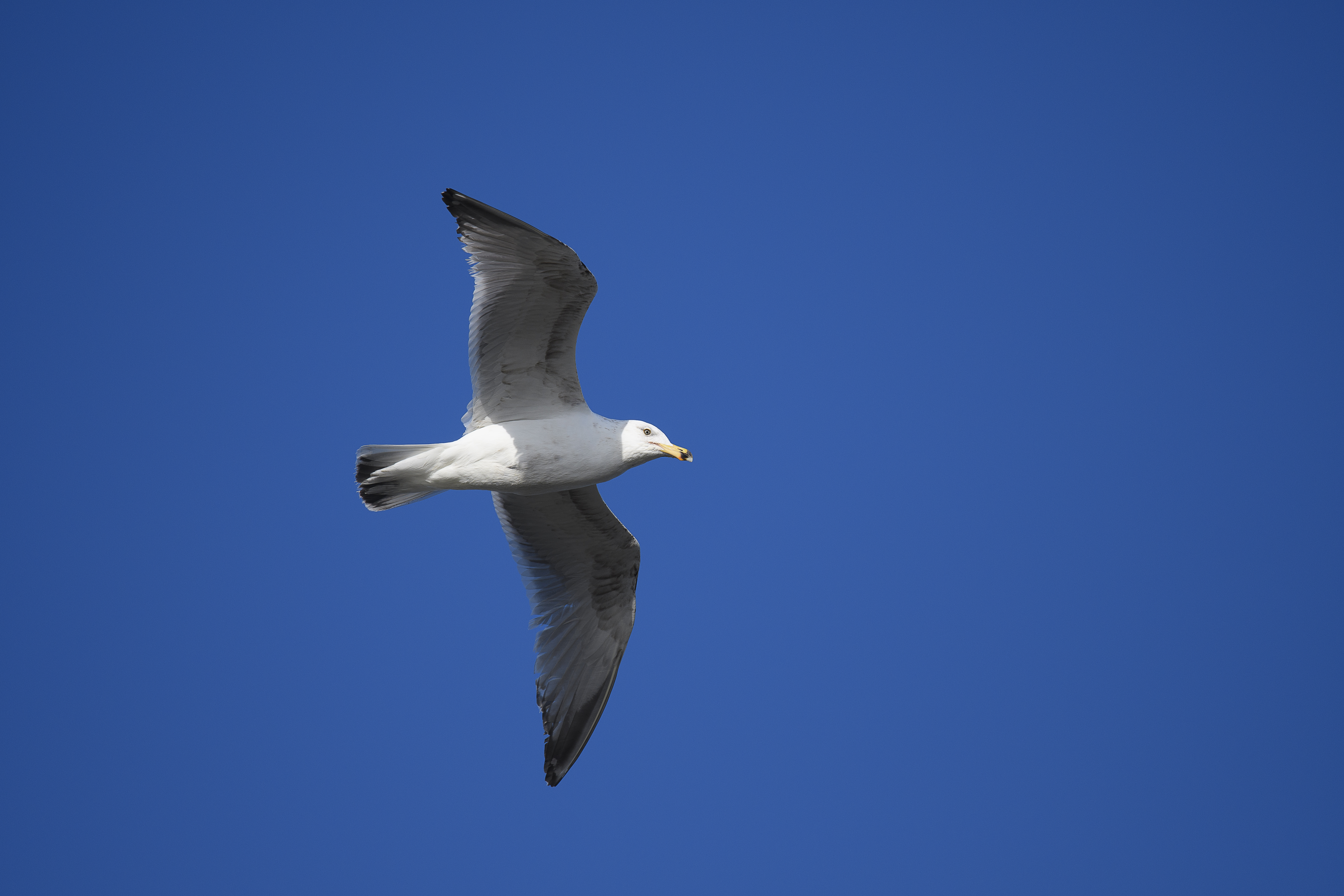