Although I’m starting to get the hang of photographing birds in flight, there seems always to be the proverbial “fly in the ointment.”   We were photographing osprey building a nest near the East Point Lighthouse in Heislerville, NJ.  An osprey  platform had been recently constructed by a local 4-H Club and the osprey pair would fly off one at a time and return with a large stick to add to the growing nest.  I had my 600mm lens focused on the area above the platform so that I could get a good shot as the large bird flew toward the nest and landed in it.  At this distance it was impossible to avoid the dreaded  man-made structure with its “osprey cam” on the left side of the platform but that didn’t concern me.  It was what I discovered after I took the photographs that distressed me.  As in the photograph I posted of this osprey a few days ago, the stick the osprey carries extends out of the frame and it appears that the bird is perched precariously on the thin  stick instead of flying  “free as a bird” so to speak.  Aarrgggh!  One more thing to consider.  But, just to prove that the osprey isn’t precariously perched on a thin stick, I’ve include a second shot, taken a second or two before the first shot below, when the bird was a bit further away so the entire stick shows.

As I searched for the name of the nest location, I came across this disturbing article and video about the nest we photographed.   The incident happened a few days before we were there but the article about it appeared a day or so after so I’m not sure when the incident was discovered.  A group of disrespectful kids, hamming it up for the camera tossed a cigarette pack into the nest.  There is a reward out for the identity of the perpetrators.  The birds were not around when the incident occurred and seemed undeterred with the presence of trash in their nest. However,  I must admit it wouldn’t have bothered me to see those large birds smacking those juvenile delinquents around a little.  According to one article I read, the osprey have already buried it underneath more nesting material.

To follow the progress of the nest, you can view the live stream here. 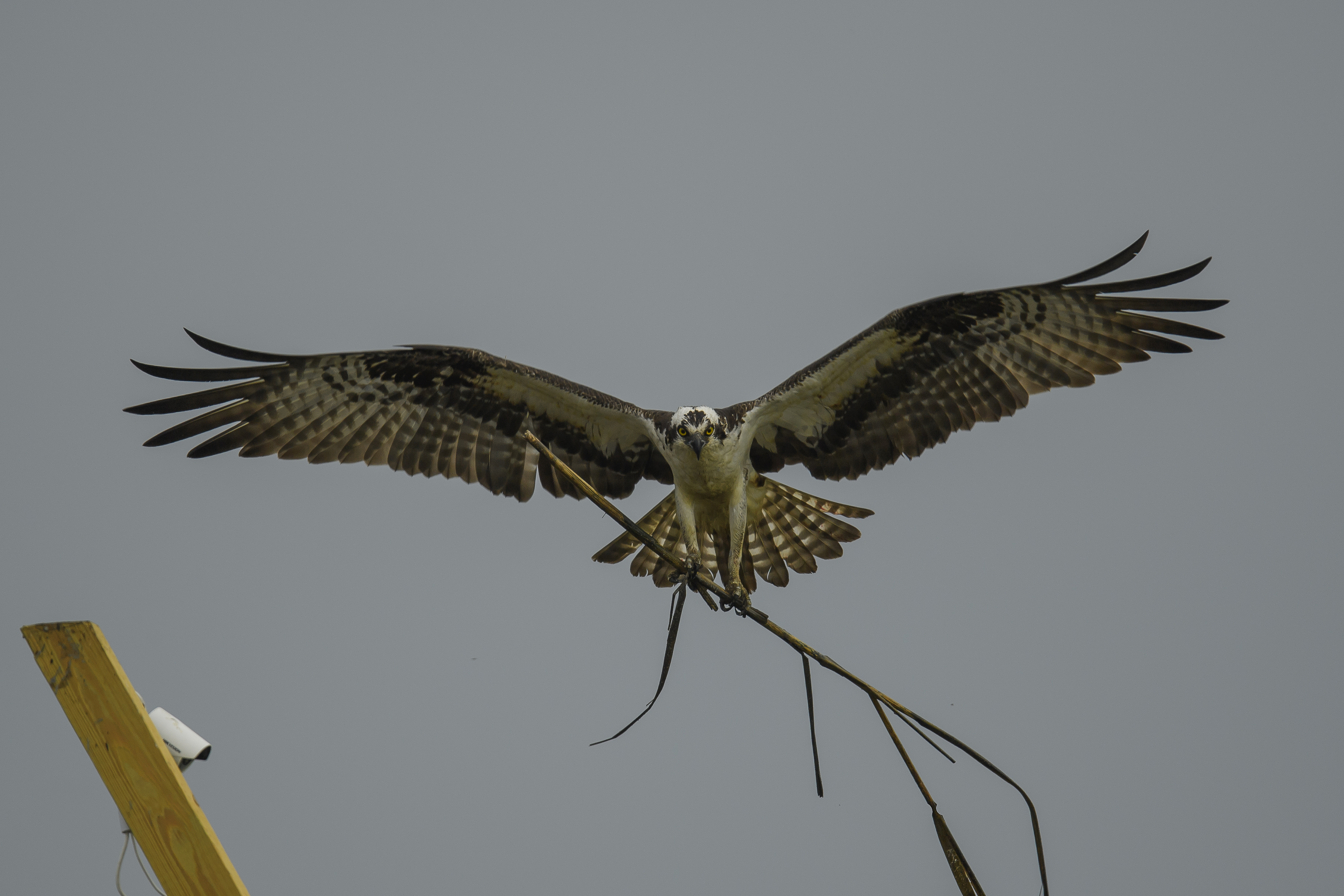 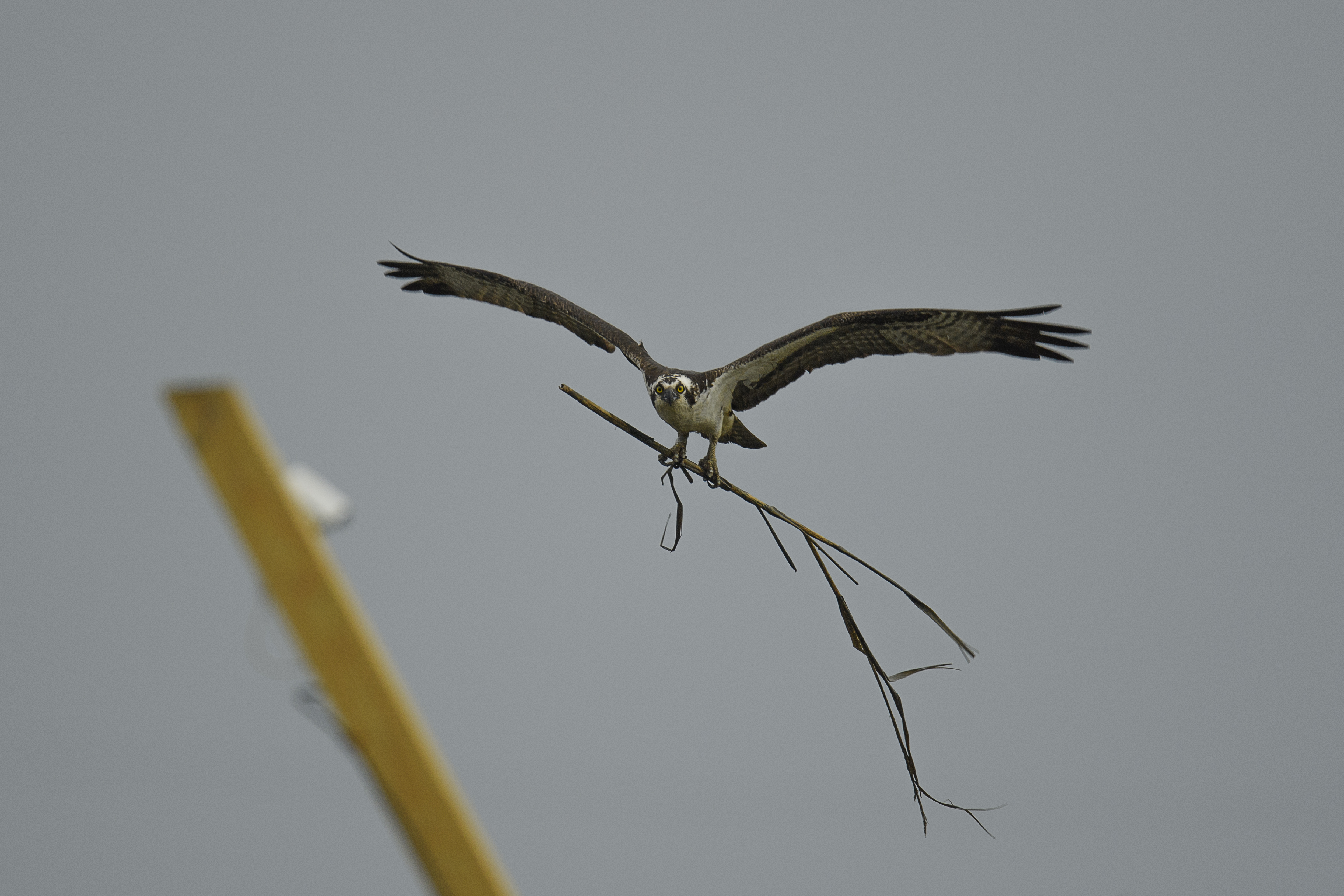