The dense vegetation at Magee Marsh and the strong winds kept the branches and foliage constantly in motion.  And, often, branches between my lens and my subject intruded.  I would have preferred that the blurred branch over the bird’s lower body weren’t there but, that’s the way it was. 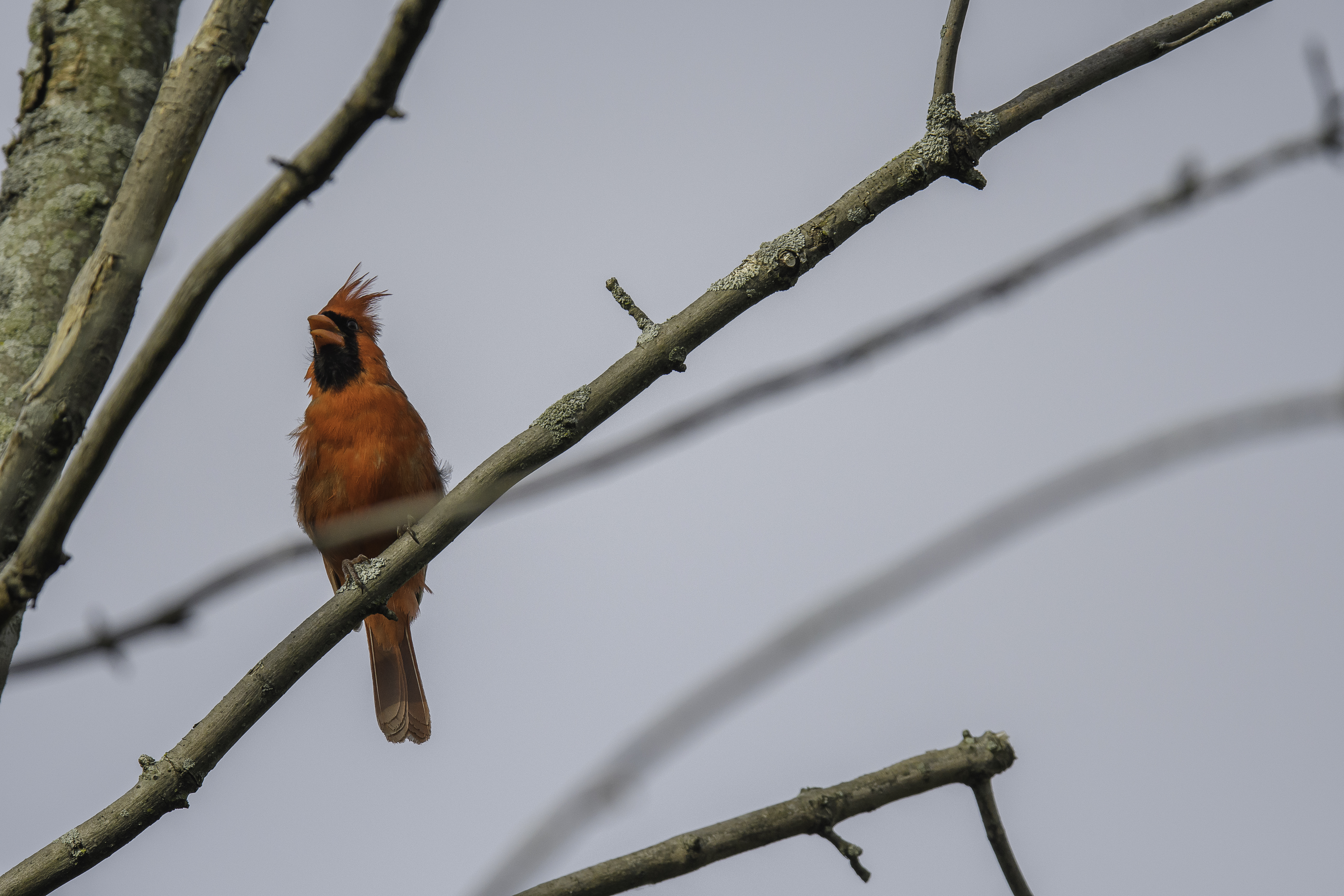