On our first afternoon in the Cape May, NJ area, we visited the Heislerville Wildlife Management Area and found a pair of Forster’s Terns perched on a stump jutting out of the water.  We stopped to photograph the pair who were exhibiting mating behavior that we were hoping to capture in photographs.  The male flies in and presents the female with a fish as an incentive to copulate.  We watched for a couple of hours and took lots of photographs but, as Moose pointed out, there were two major elements needed in order to capture the behavior we sought and one was missing.  To capture a good photograph of a bird in flight, it is essential that the light be on the bird so it needs to come from behind the photographer.  The sun was behind us, when the sun was out.  But, it mostly was a grey day and there was little sun in evidence.   We watched the male fly in time after time but we couldn’t get the kind of photograph be sought because  the wind, which was gusting at least 20MPH and probably more, was in our faces.  Like airplanes, birds take off  and land into the wind.  As a result, they faced away from us when they took off and landed.  If we were lucky, we got a side-landing shot.

On the second afternoon, we returned to the same spot and the same pair were on the same stump.  Luck was with us or, as Moose pointed out, the wind gods were with us on this day.  The wind was coming from behind and the sun was also, when it wasn’t behind the clouds.  The previous day’s very high winds seemed to have kept many of the terns from doing much more than perching.  Now, with the winds calmed a bit and the sun out, activity in the area increased.  There were lots of terns seeking approval of a mate or trying to make a move on another tern’s potential mate.  Our opportunities for good photographs increased significantly.

Here are a couple of examples:

First day, wind in our faces: 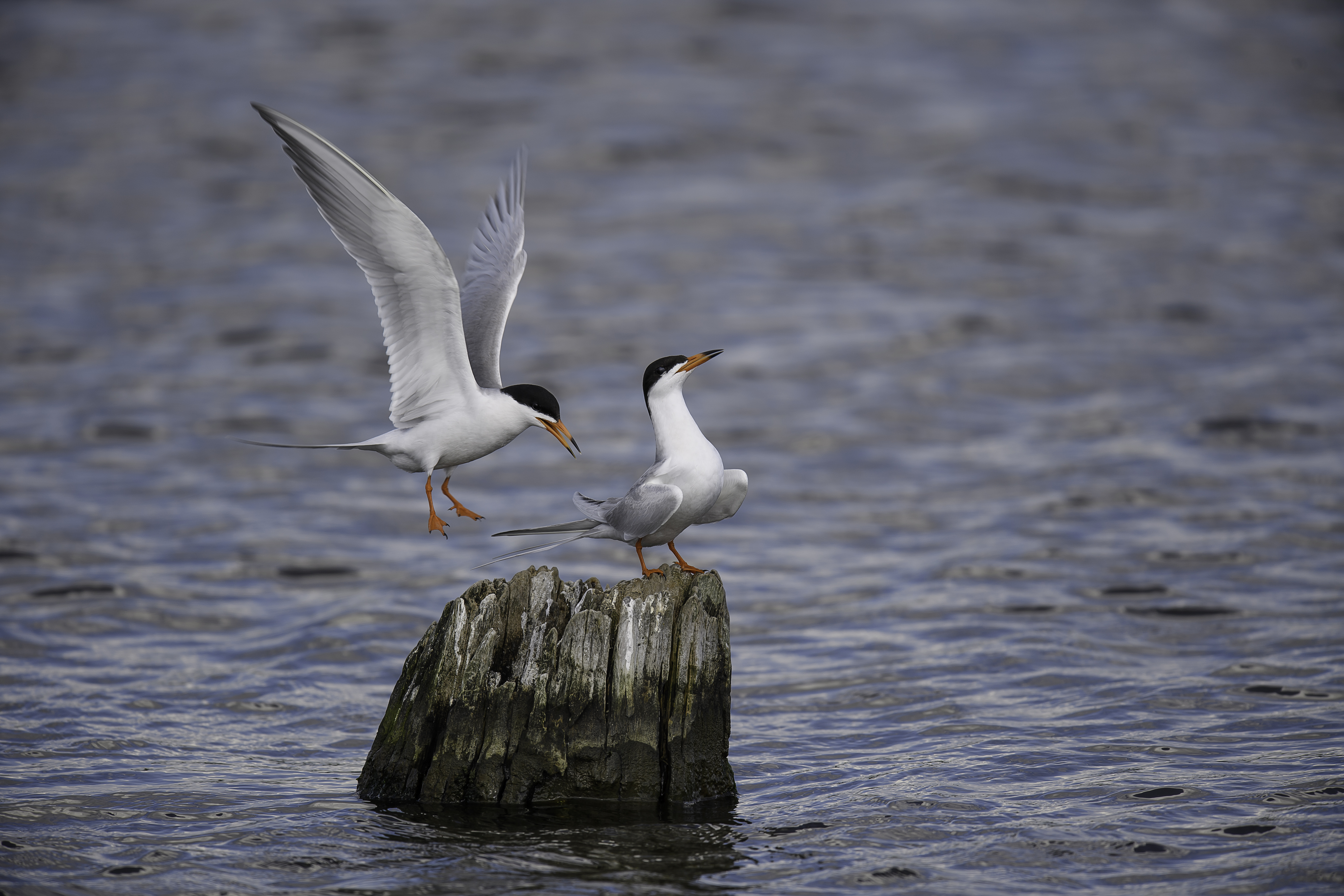 Second day, wind at our backs:

The sun was out for this shot and the male is landing into the wind, making a more dramatic and interesting landing photograph. 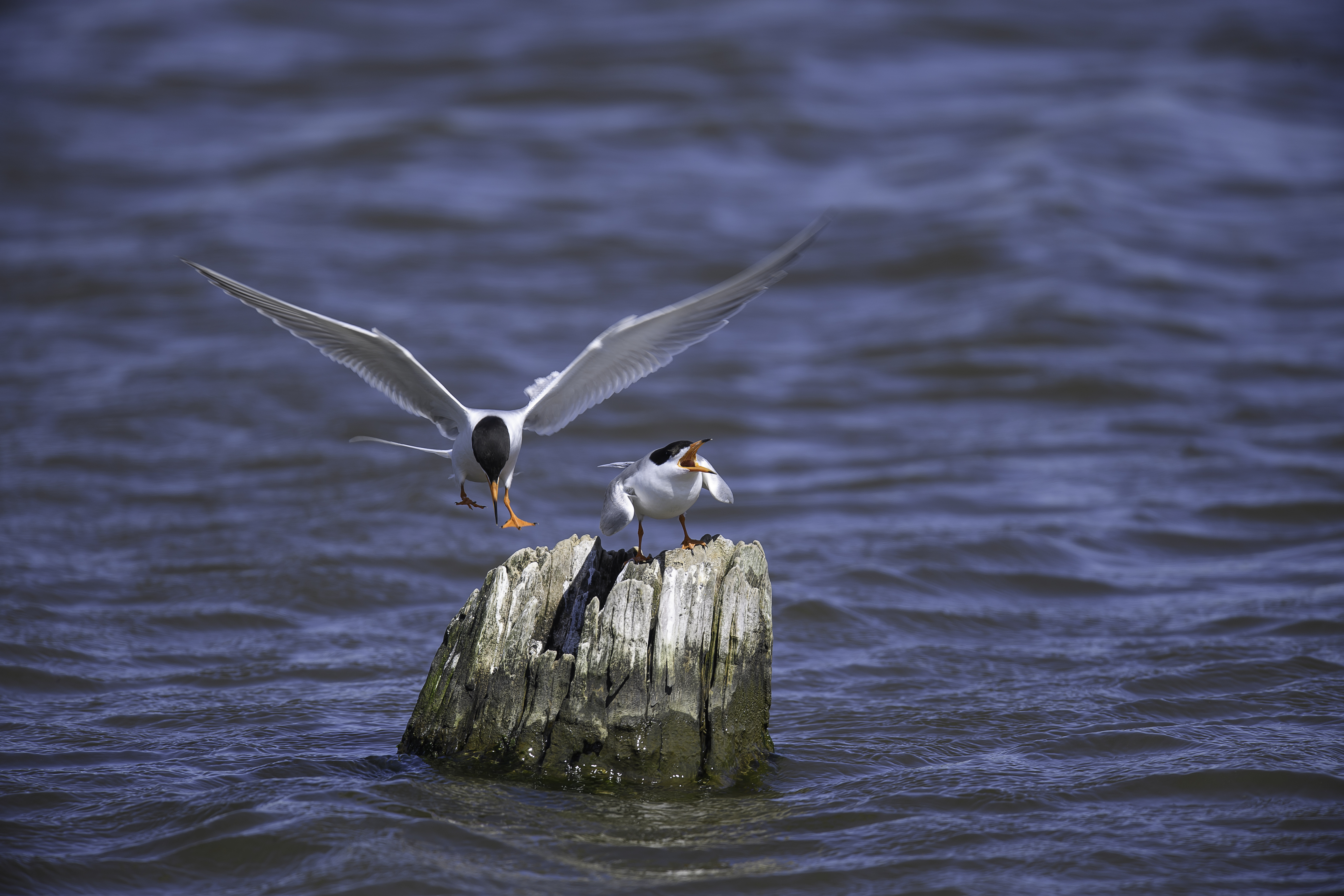 And, in this shot, although the sun had disappeared behind a cloud changing the light, I was able to capture the moment of the exchange when the male presents the fish to his mate.  If the wind had not been at my back, I wouldn’t have been able to see the male presenting the fish to the female.  Once again, one of the many lessons I’ve learned from Moose Peterson was proven true. 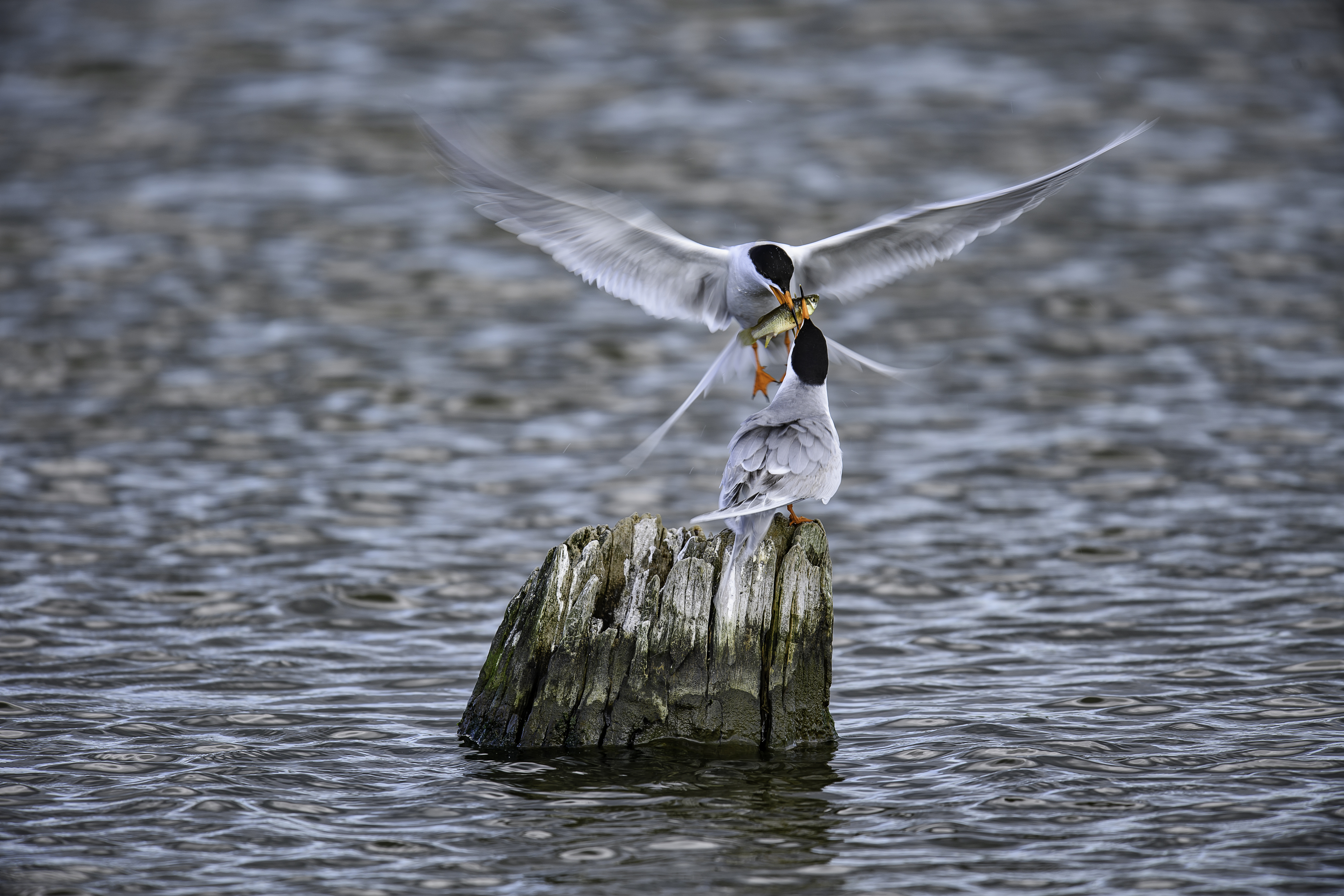