In the past few years, since my introduction to wildlife photography by Moose Peterson, I have witnessed innumerable fascinating natural phenomena that I never dreamed I’d see — and some I didn’t even know I was missing.  A case in point is one of the most amazing spectacles that I witnessed this week in New Jersey on Delaware Bay.  In an annual ritual that has played out for hundreds of millions of years and lasts for only a brief period between the May and June new moons, thousands of shorebirds are drawn to Delaware  Bay to feed on the eggs laid in the edge of the surf by horseshoe crabs, a primitive looking crustacean that predates dinosaurs.  The eggs, about the size of BBs, provide a primary source of fuel for the shorebirds who are beginning their long spring migration to their northern breeding grounds.

In the morning hours just after dawn, we watched, awestruck, as masses of Sanderlings, Ruddy Turnstones, Red Knots, Willets, Sandpipers, and Dunlin, all in breeding plumage, performed aerial ballets over the water’s edge.   The sound of their calls, along with the screeches of the gulls, was deafening.  As they waited for the tide to ebb and reveal the eggs, they flew back and forth looking like massive schools of fish that instantaneously reverse direction en masse. 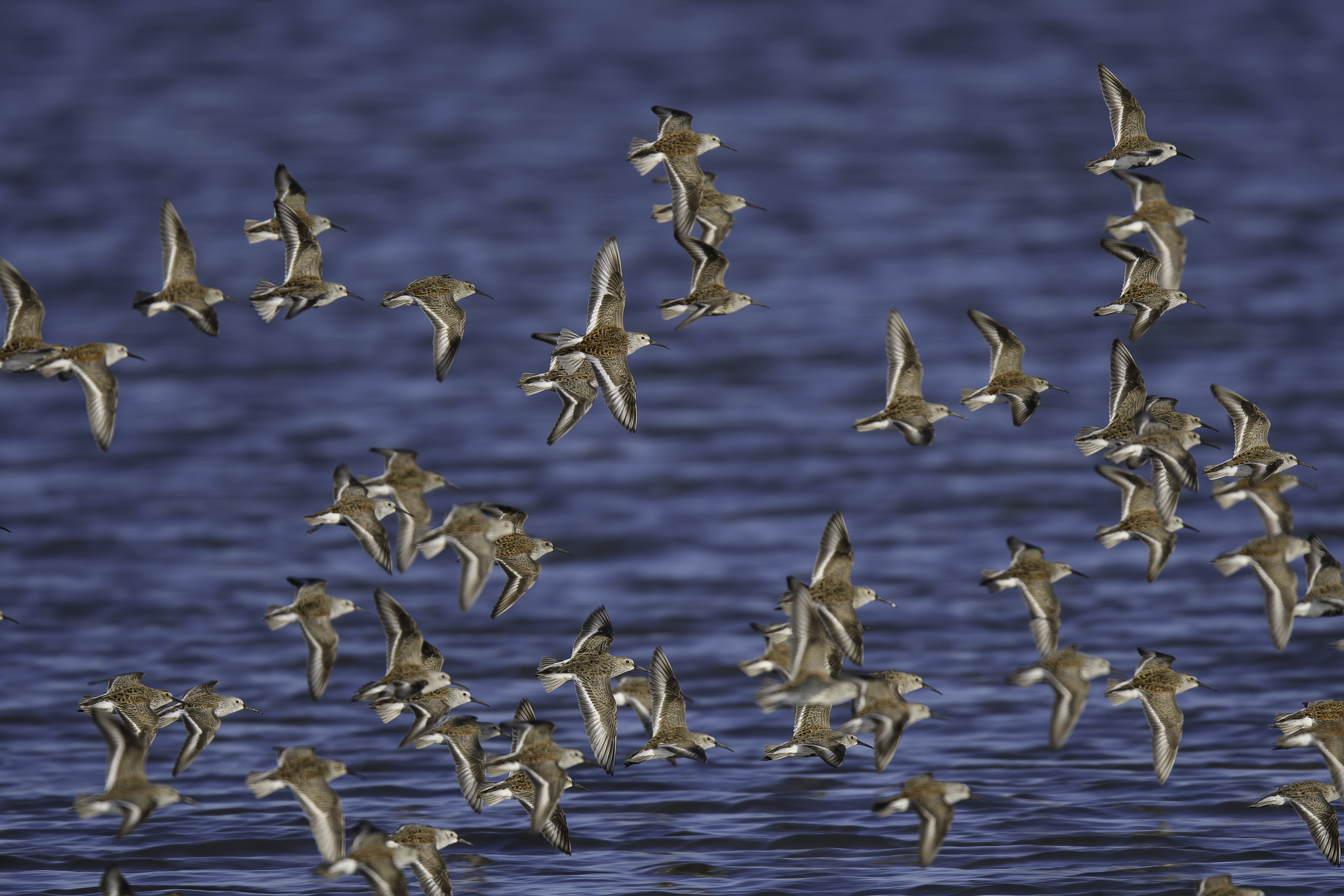 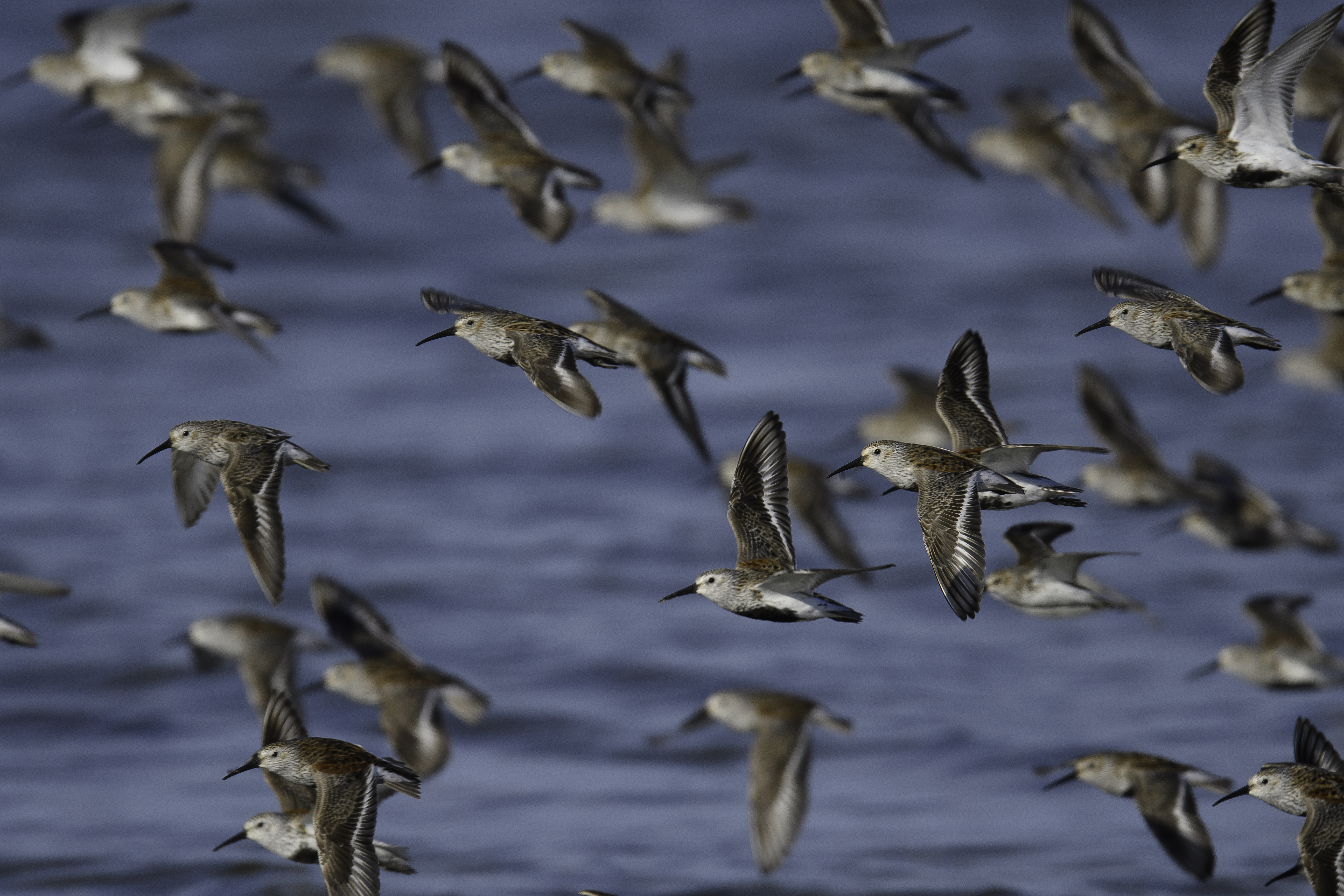 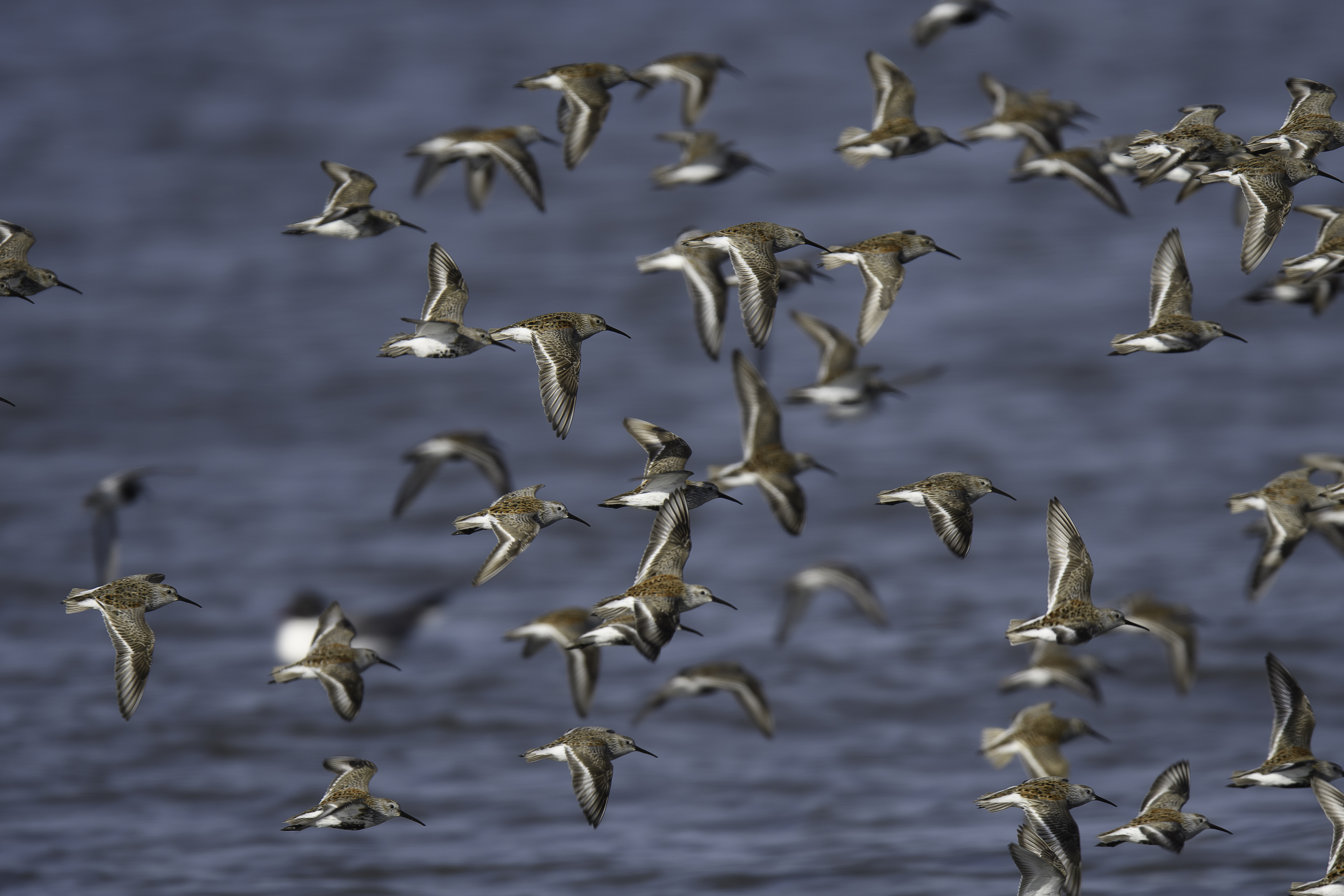