We traveled to the Mexican border in search of storms and found a few promising ones to follow in and around Del Rio, TX near the Lake Amistad Dam International Crossing between Mexico and the United States.  There were several storms that we followed on Sunday but none produced the hoped for tornado.  The clouds formed into wall clouds, developed briefly into supercells, then dissipated into heavy rains, hail, and thunderstorms.  We’d drive a few miles and pull over to watch as the storms tantalized, then fizzled.  We all came prepared with lightning triggers to use during daylight storms.  The lightning triggers anticipate the lightning strike and fire the camera’s shutter release.  None of us could get our triggers to function properly so we resorted to standing with our cameras focused on a probable lightning strike, then firing in the hopes of capturing a lightning strike.  I took 173 shots in bursts of five or so shots over a 3 minute period and managed to capture two strikes out of ten or fifteen that we witnessed.  No one else fared better.  Here is the better of the two lightning shots I captured. 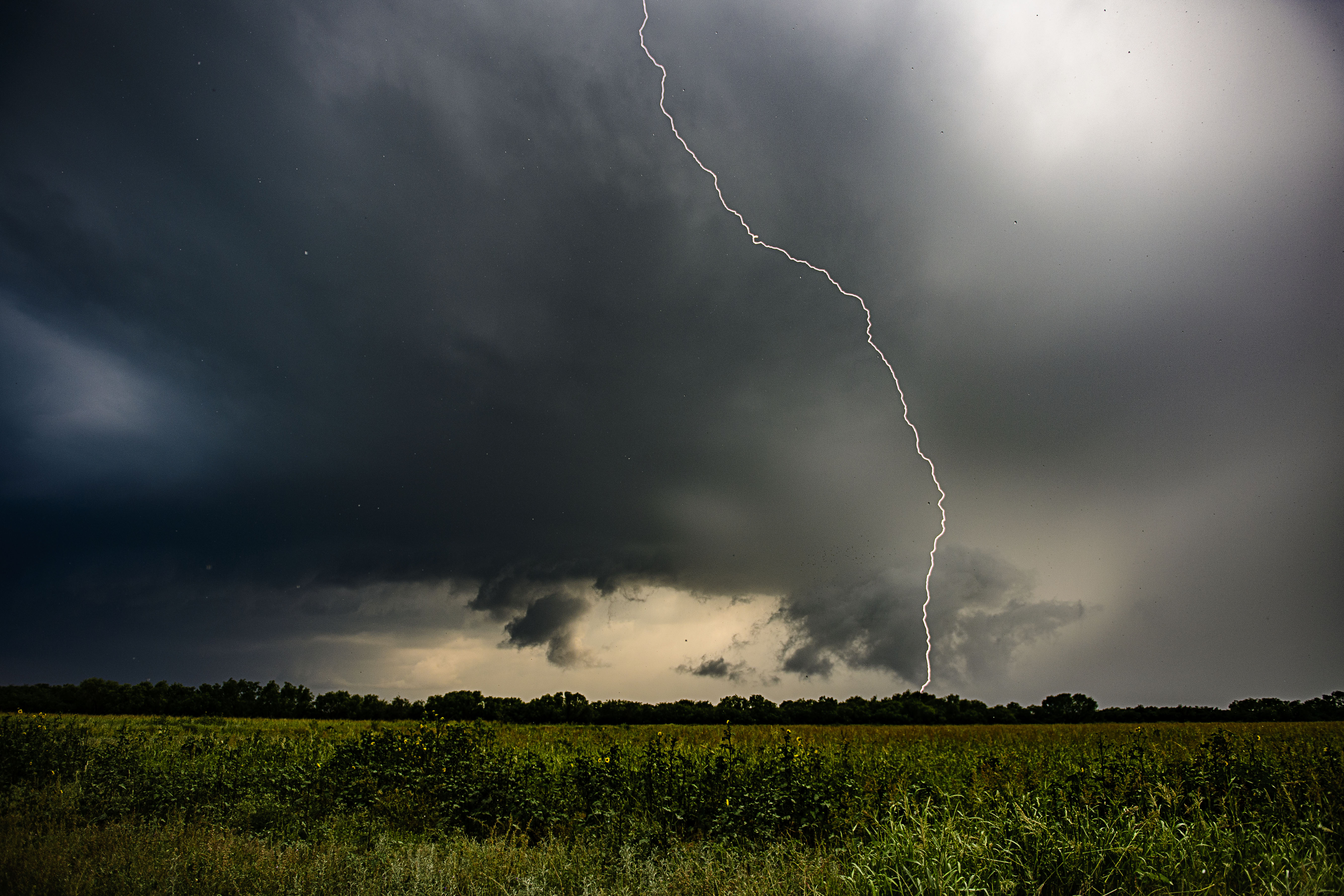