Late Wednesday afternoon I was drawn outside by the unmistakable squeakls of baby scrub jays demanding to be fed.  There are at least two fledglings.  Sadly, I found a third dead on the lawn under the nest on Friday morning and I worried that the jay family might have had just one chick but today I saw two healthy ones and there is possibly another.  I love scrub jays.  Most people hate them.  They are loud and raucous and bully other birds in the yard who they deem a threat or just because jays tend to be bullies.  But they are smart, they are gregarious, and their antics are fun to watch.  Over the past 25 years scrub jay families have raised quite a few young in my yard and have bathed in my fountain and have entertained me.  The photinea shrubs, where the fledglings were waiting to be fed, are dense and twiggy and provide good camouflage for the birds but terrible line for sight for a photographer.  I tried pushing flexible branches aside and poked my head between others but the young were hard to see clearly.  I photographed one of the parents as it waited nervously on the fence with an acorn it had dug up in its beak but because I was close, it didn’t fly to feed the young birds.  Instead, it flew to another tree so I poked around and finally got one clear shot of one of the fledglings.  I thought the last shot of this same bird was priceless with the little bird’s head poking up above the leaves, looking at me, and calling for food!  The leaves are little distracting but I couldn’t get to them to push them aside. 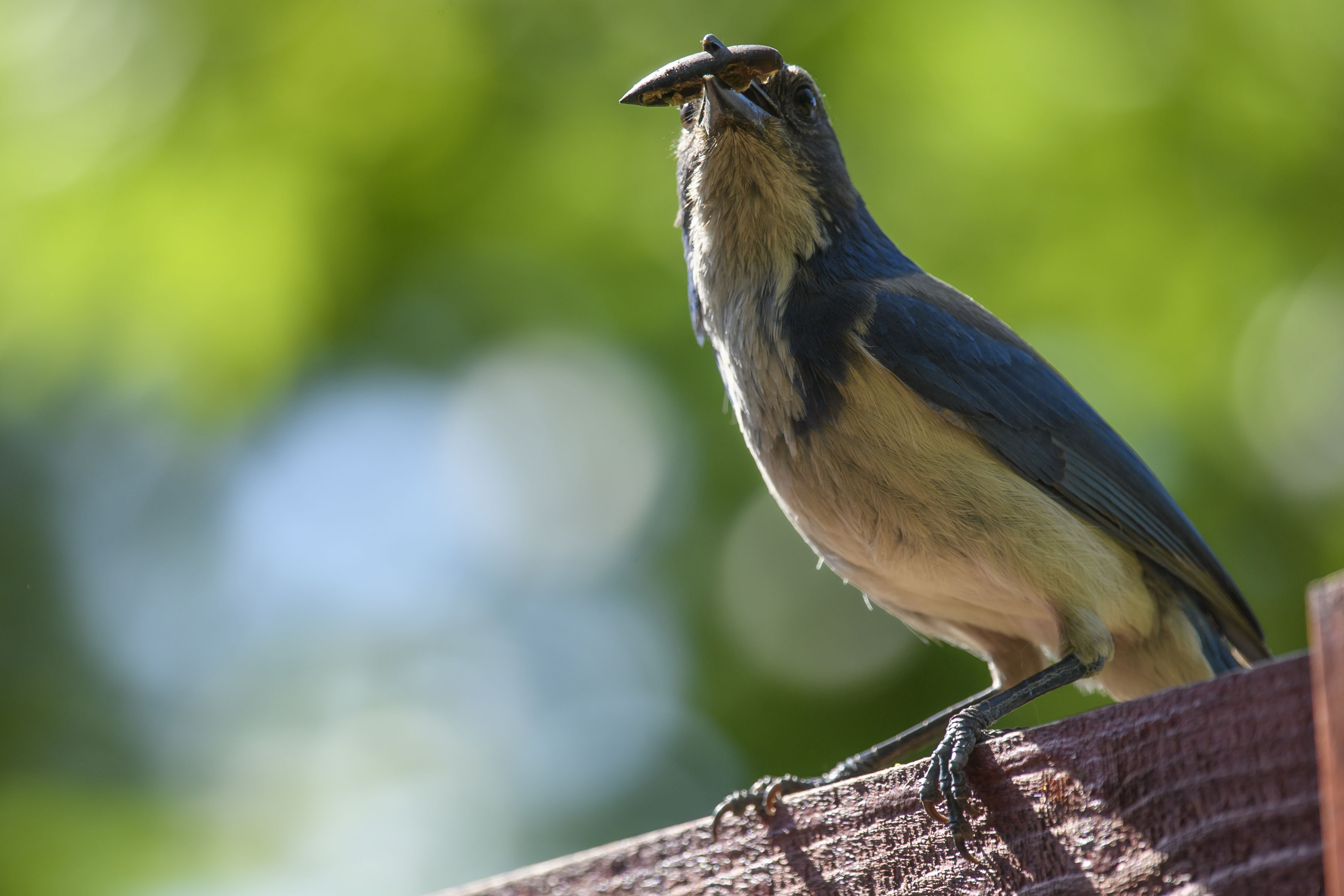 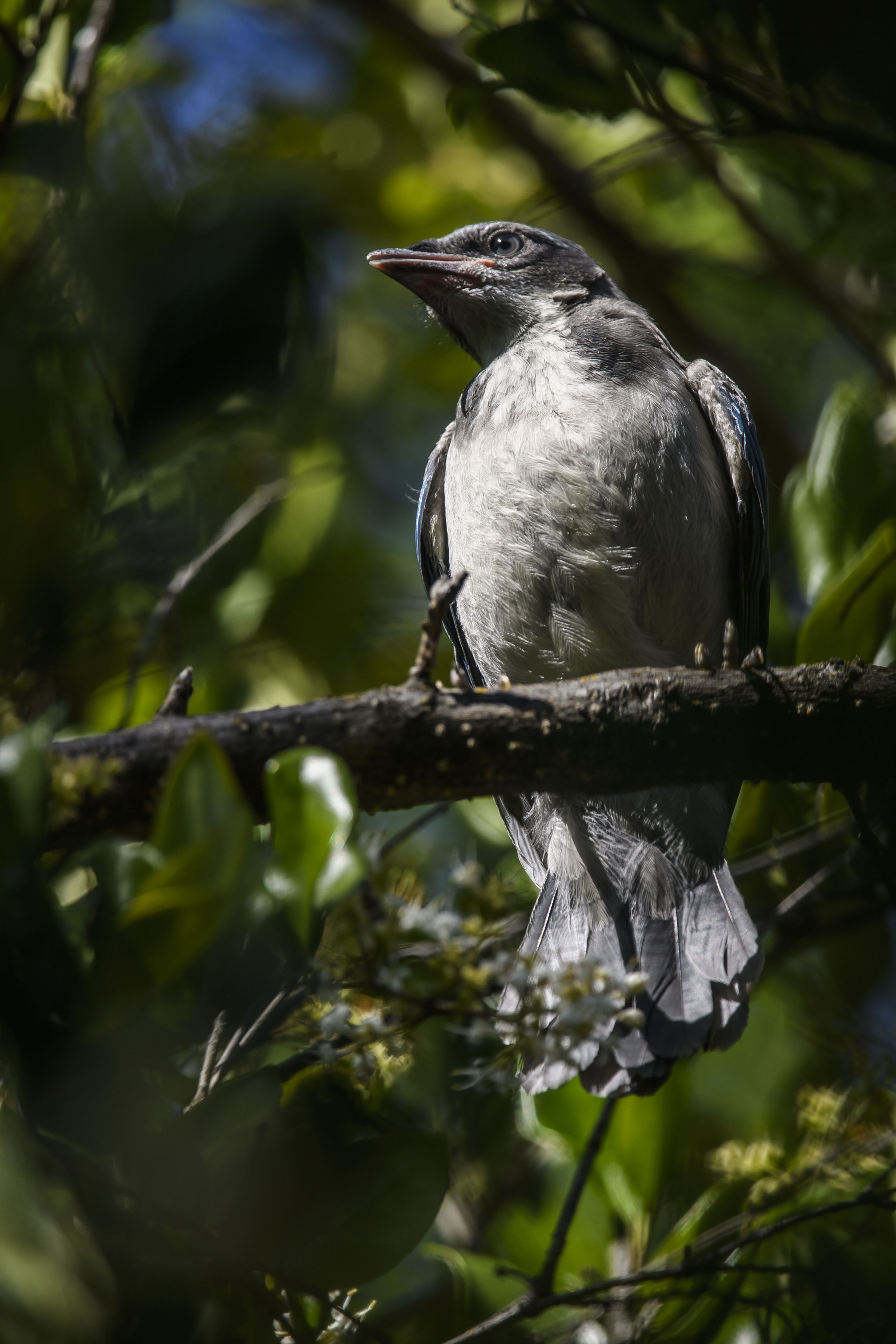 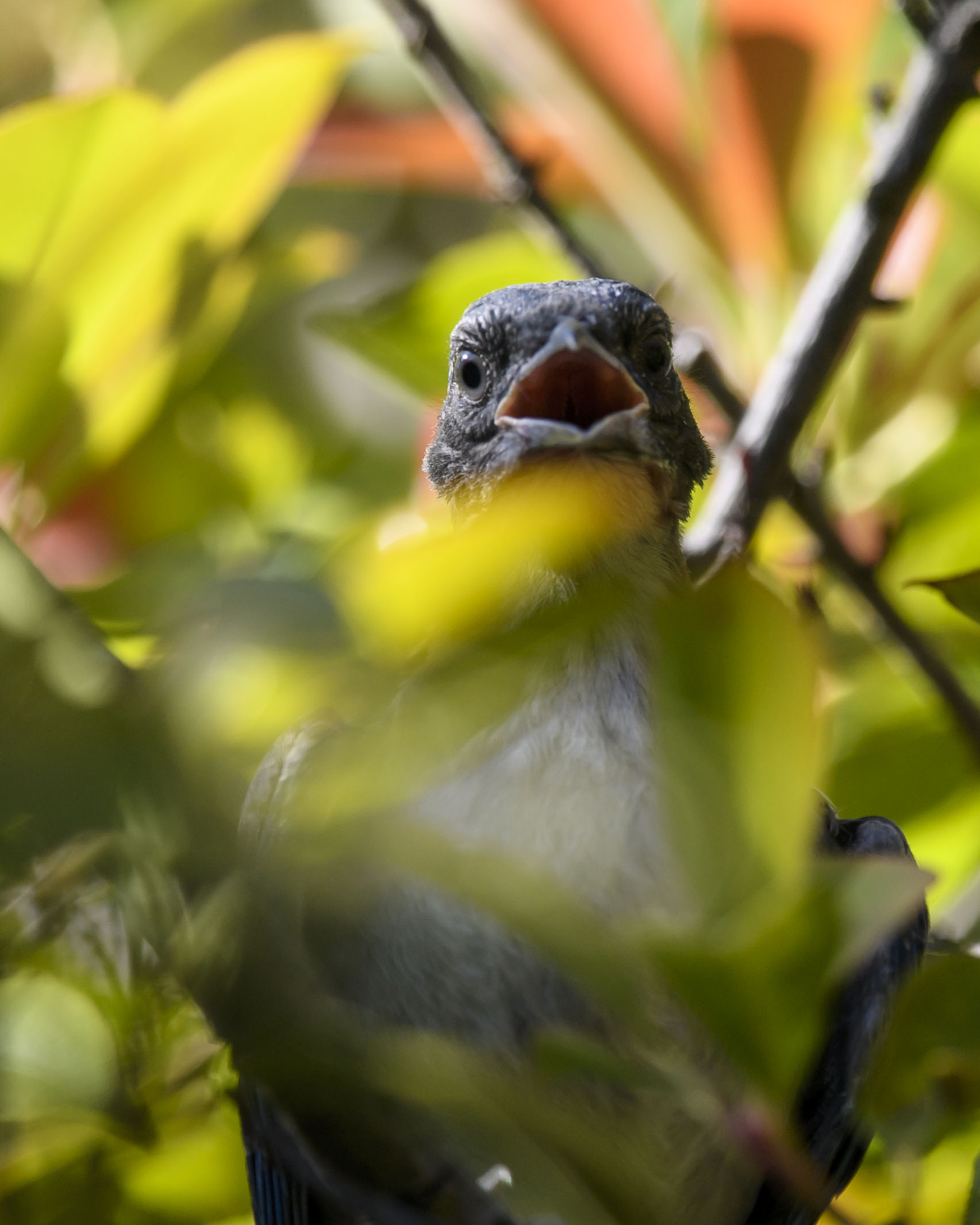