This Mountain Bluebird was flying off the barbed wire fence to forage when I took this shot.   His mate was in the nest box attached to a post a few feet to the right of this photograph.  In the spring, Mountain Bluebirds are brilliantly colored and, unlike their eastern and western counterparts, they do not have a reddish breast.

I called this post “Bluebird of Happiness” not because the bluebird is happy but because I am happy to have managed to take this with my 600mm lens resting on a foam support on the window of the Ford Explorer Moose Peterson was driving in Custer State Park in the Black Hills of South Dakota.  The vehicle was not moving, but it was only the second time I’d used the 600mm lens with a car, not a tripod, to support it.   The first time was right after I got the lens many months ago. I was reminded that I needed to, and should have, practiced this technique prior to the trip along with several other long lens techniques of which I have only marginal  grasp.  The maneuver is awkward and tricky in the cramped front seat of a vehicle.  The lens is rather a beast and with its lens hood attached, another 9 inches is added, making it difficult for me to achieve and maintain complete control of the camera and lens in the limited space.  I obviously should have practiced, and not waited until I was here to try it out.  Although I had a clear shot at my subject, I had to twist my body and adjust the height and angle of the lens to compose.  After a few minutes trying to maintain the position, my entire body would begin to tremble so I couldn’t keep still and many photos were blurred because of it.

However, after some trial and error, I did manage to get quite a few decent shots of the bluebird and several other cooperative species of birds who landed on the posts or barbed wire of a fence that paralleled the roadway making shots from the vehicle theoretically easy. 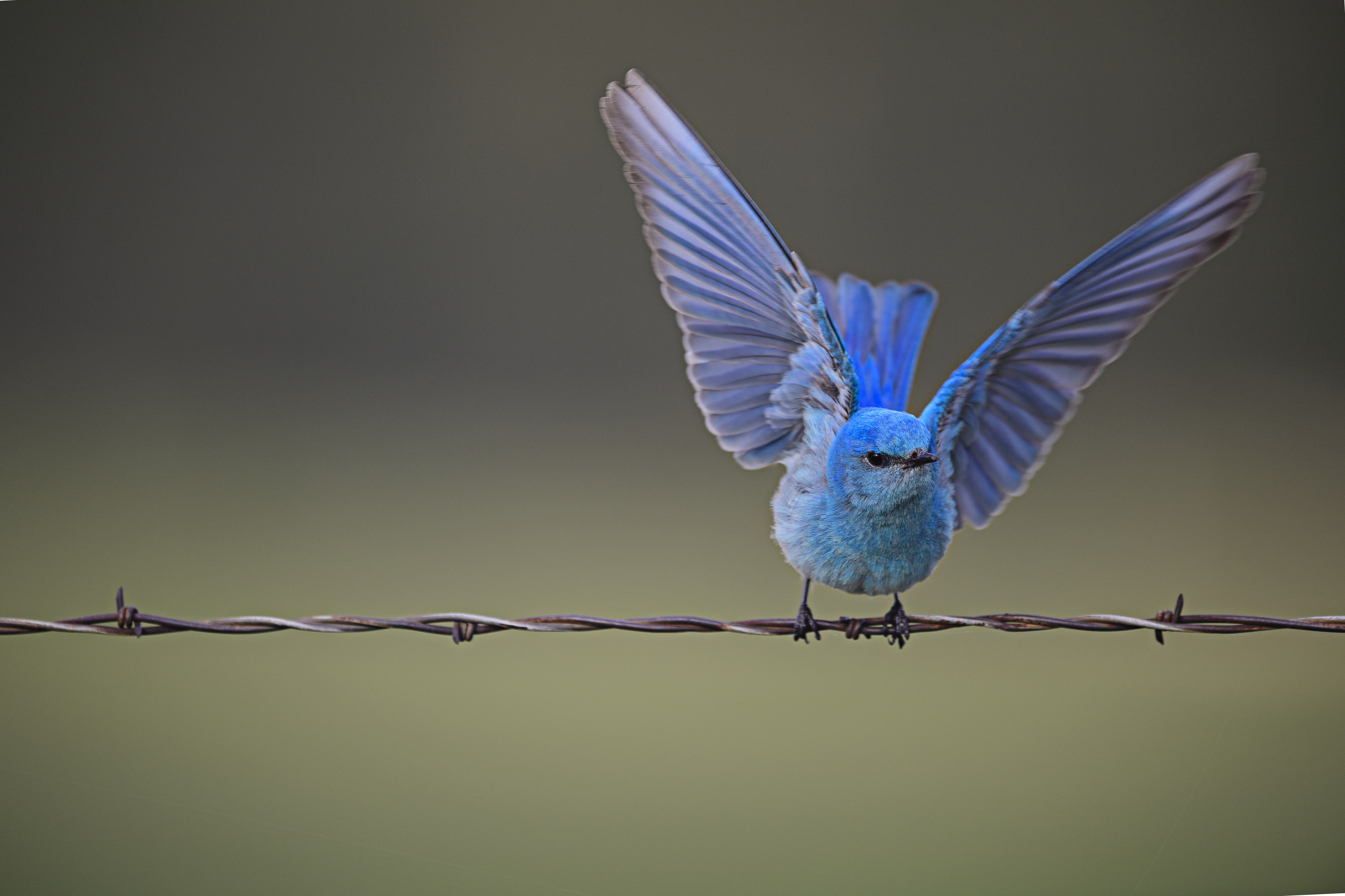