On Friday the 13th, I flew from Sacramento to Rapid City, South Dakota via Dallas/Fort Worth.   On the flight to Rapid City, I gave up my aisle seat so that a mother, daughter, and 3 week old granddaughter could sit together.  It was a smaller airplane and my new seat was in a single row of seats on one side of the aisle giving me both an aisle and a window.  I don’t normally have a window seat so I don’t normally get to see what I’m flying over.  When I looked out, I saw a reddish brown ribbon snaking through the patchwork of farms.   I didn’t realize at first that it was the Red River, which marks the border between Texas and Oklahoma.  We crossed it more than once last week while we chased storms in Texas and Oklahoma.  It’s quite apparent  how the river got is name. In this shot, Texas is on the left, Oklahoma is on the right. Since all of my camera gear was stowed, the only camera at hand was my iPhone.   My iPhone identified the location of the photograph, even though I took this at 36,000 feet, as Gainesville, Texas and, no surprise, this looks exactly like the Google map of this part of the Red River and the Texas/Oklahoma border, if you turn it 90°.  The river runs east/west and I was flying north. 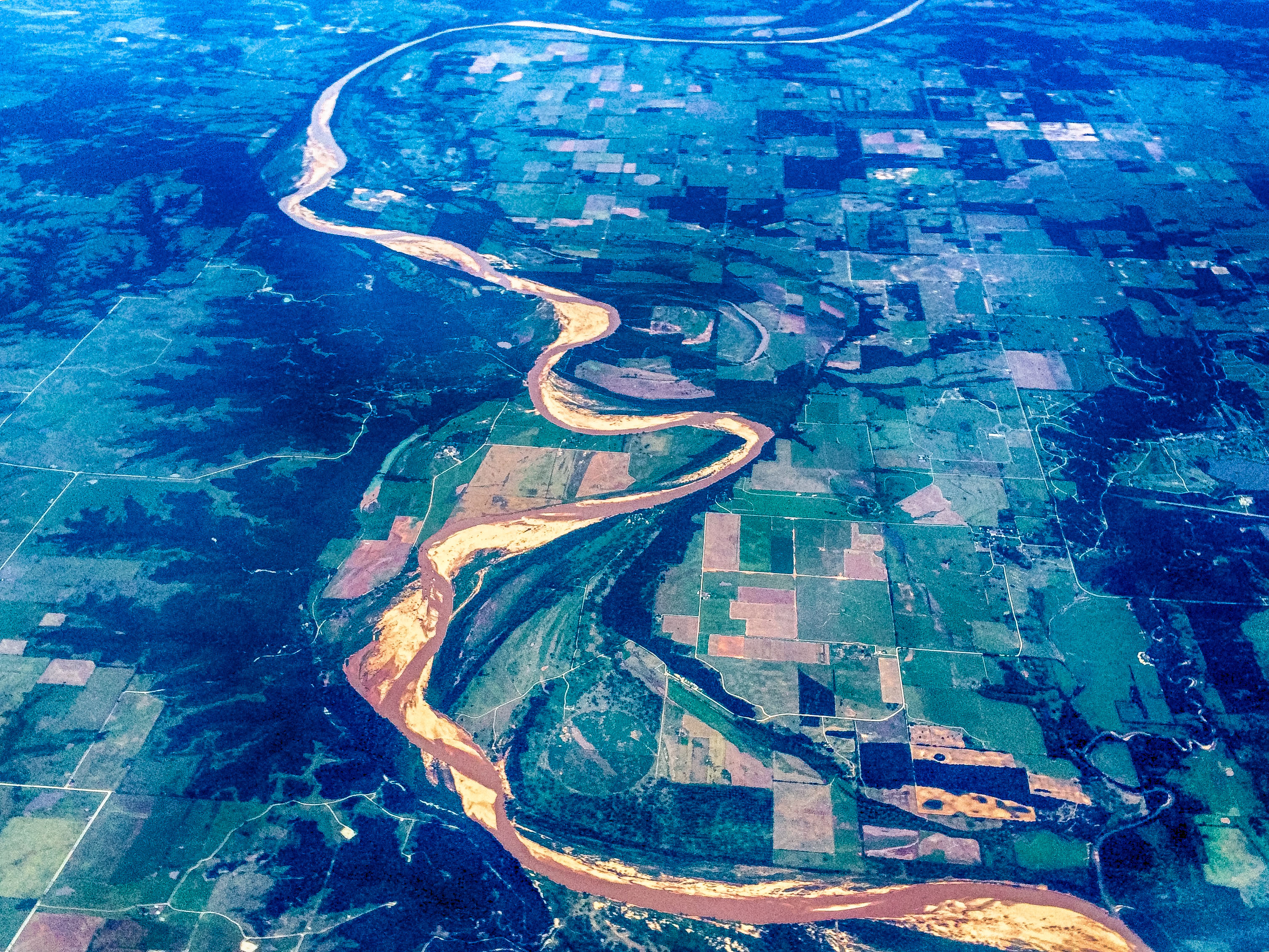