As I sat on my patio to get some hummingbird or scrub jay “flight” practice Tuesday, I heard the unmistakable roar of one of the huge Coast Guard planes making a landing approach to nearby McClellan Park where the Sacramento USCG Air Station is based.  I aimed my camera up and as the plane rumbled overhead I caught three frames, each with a shutter speed of 1/3200, fast enough to stop the propellers mid-spin but too fast to show the more desirable blur of the spinning propellers.   The Coast Guard planes are usually painted white with red accents but this plane was silver.  Curiosity got to me and a Google search revealed this plane to be an Alenia HC-27J Spartan aircraft that was transferred about a year ago to the Coast Guard from the US Air Force.  I guess they’ll paint it eventually.  Now that I’m home, and the Sacramento area weather has returned to its seasonal blandness, the clouds have dissipated and the skies are warm and blue.

For this photograph, I took one of my cloud photographs from last week and merged it with the plane  photograph.  Thanks to Moose Peterson, who last week encouraged me to look up at the clouds and take some shots instead of taking all of the shots of the landscape, I had several cloud formations that seemed appropriate as background for the airplane.  I used one of the Nik Silver Efex Pro 2 filters to get this look.  The shot isn’t cropped.  I had the 300mm lens with the 1.4X teleconverter and the D5 set to High Speed Crop so the airplane filled the frame.  I clipped the tip of the tail on all three shots  so at least my panning was consistent, if not perfect. 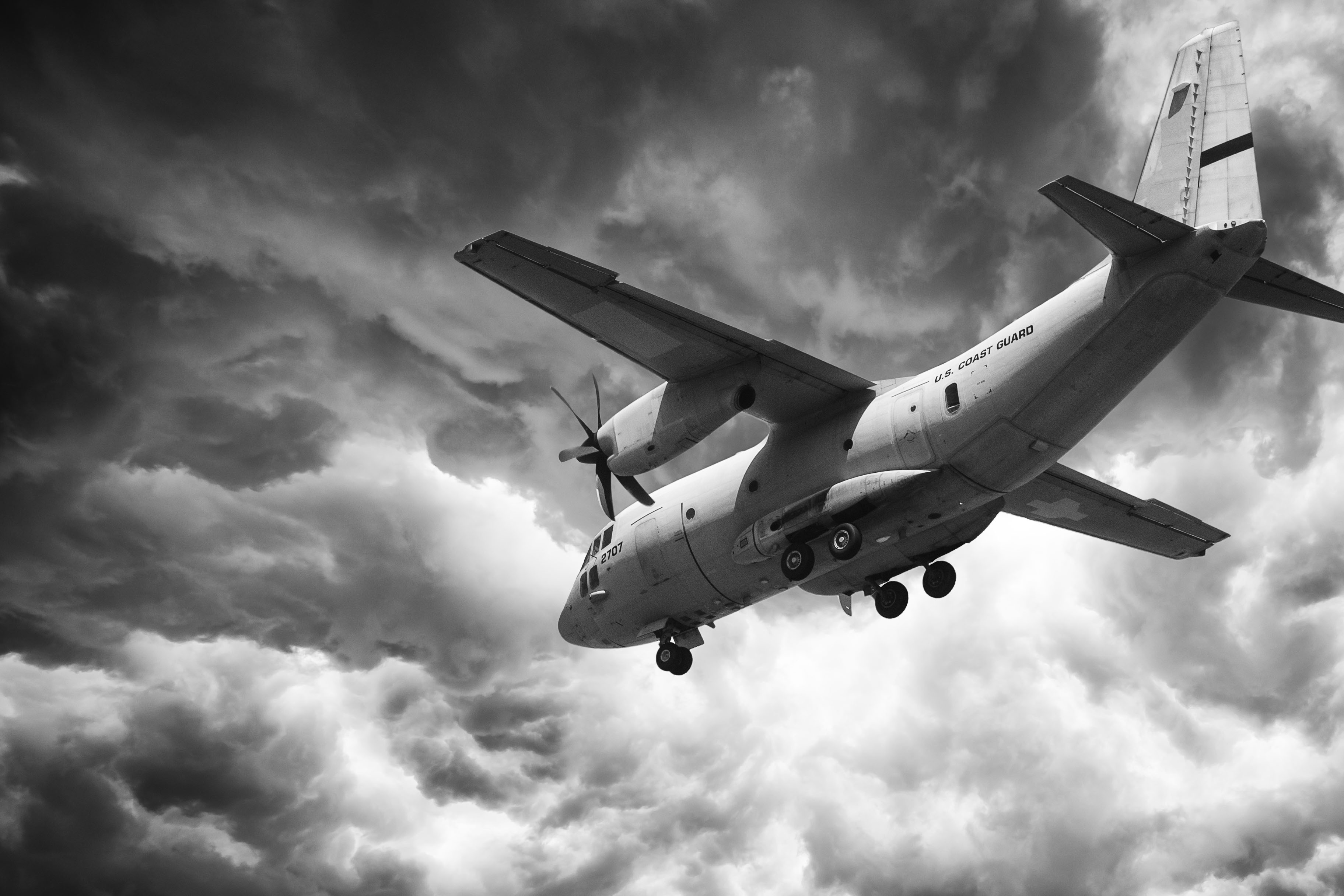