The cons at Folsom State Prison did good.  My 1960s-era black personalized license plates for my 2016 Lincoln MKZ have finally arrived.  The license plate on my 1969 Firebird, my first car, was one of the last in the series (the license plate number started with a Y). The old plates featured a black background with gold lettering.  By 1970, all the plates issued in California were gold on a blue background.  I’m not sure what year vanity plates debuted but the 1960’s black and gold vanity plates became available in 2015.   When I bought my new Lincoln, I decided the newly reissued nostalgic plates would be perfect for the car.  I chose N FOCUS for the plate, named after my blog.  “In Focus” was not available. 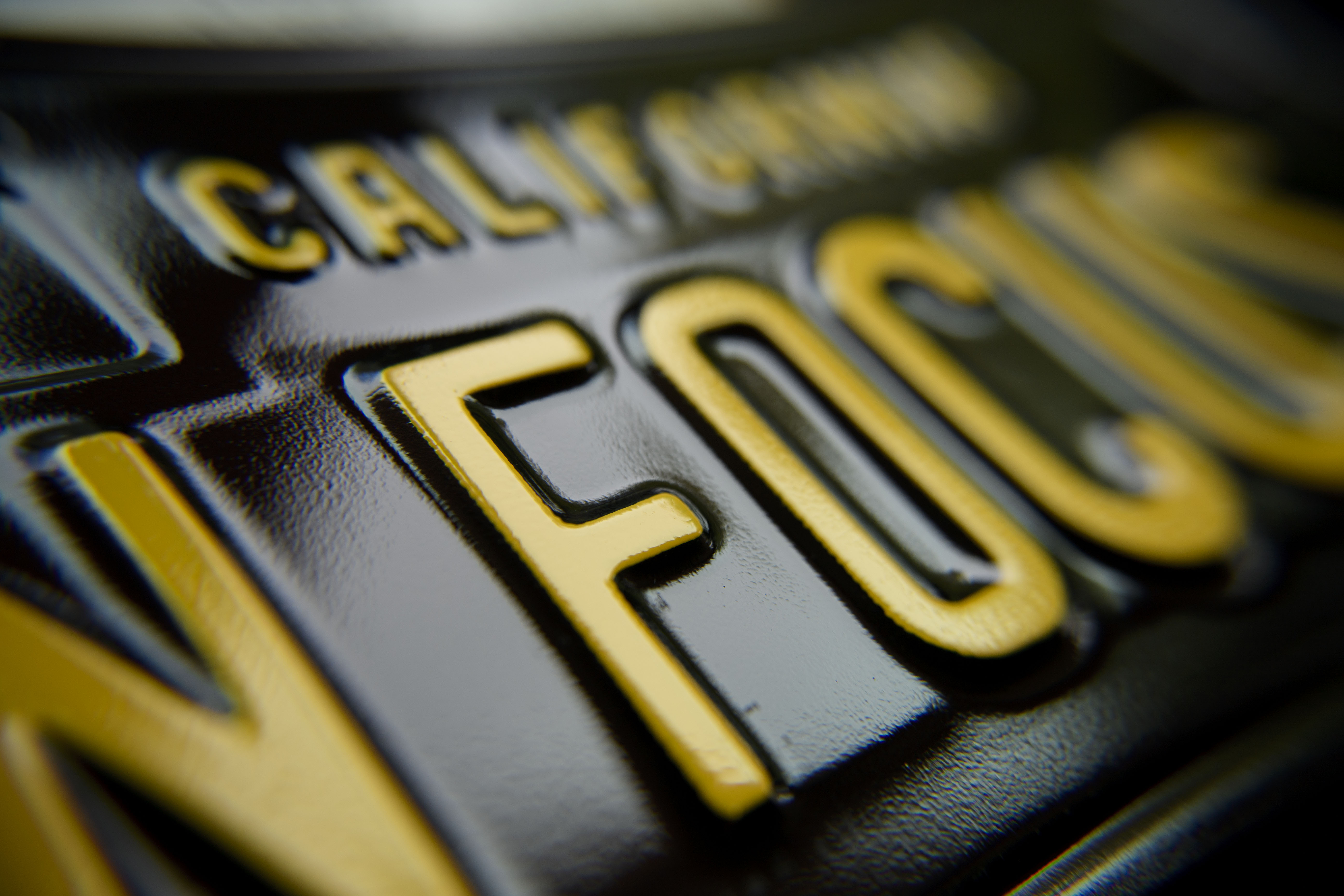