On Tuesday, after we photographed the osprey nest in its never-to-be-revealed location, Bruce and I drove toward the Lowell Fire hoping to get photos of air tankers dropping fire retardant, a very dramatic thing to see. We drove up winding Drum Powerhouse Road and stopped on a ridge to watch. It was late afternoon and the big tankers were not in evidence but we watched several helicopters ferry huge buckets of water to the smoky fire beyond the ridge. As I write, the fire has been burning for four days in the steep hollow drainage west of Alta; it has burned more than 2300 acres and is 45% contained. There are more than 2300 personnel fighting the fire with 13 helicopters and 5 air tankers as well as lots of ground equipment. On the day we watched, 4 firefighters were injured and had to be hospitalized.

I used the dehazing filter in Lightroom to eliminate the general haze from these photos but still retaining the smoky appearance of the sky. In the first shot, the helicopter flew directly overhead, suddenly appearing from the ridge behind us. In the second shot, two helicopters can be seen, the second one, just barely a dot, just to the upper right of the larger one. 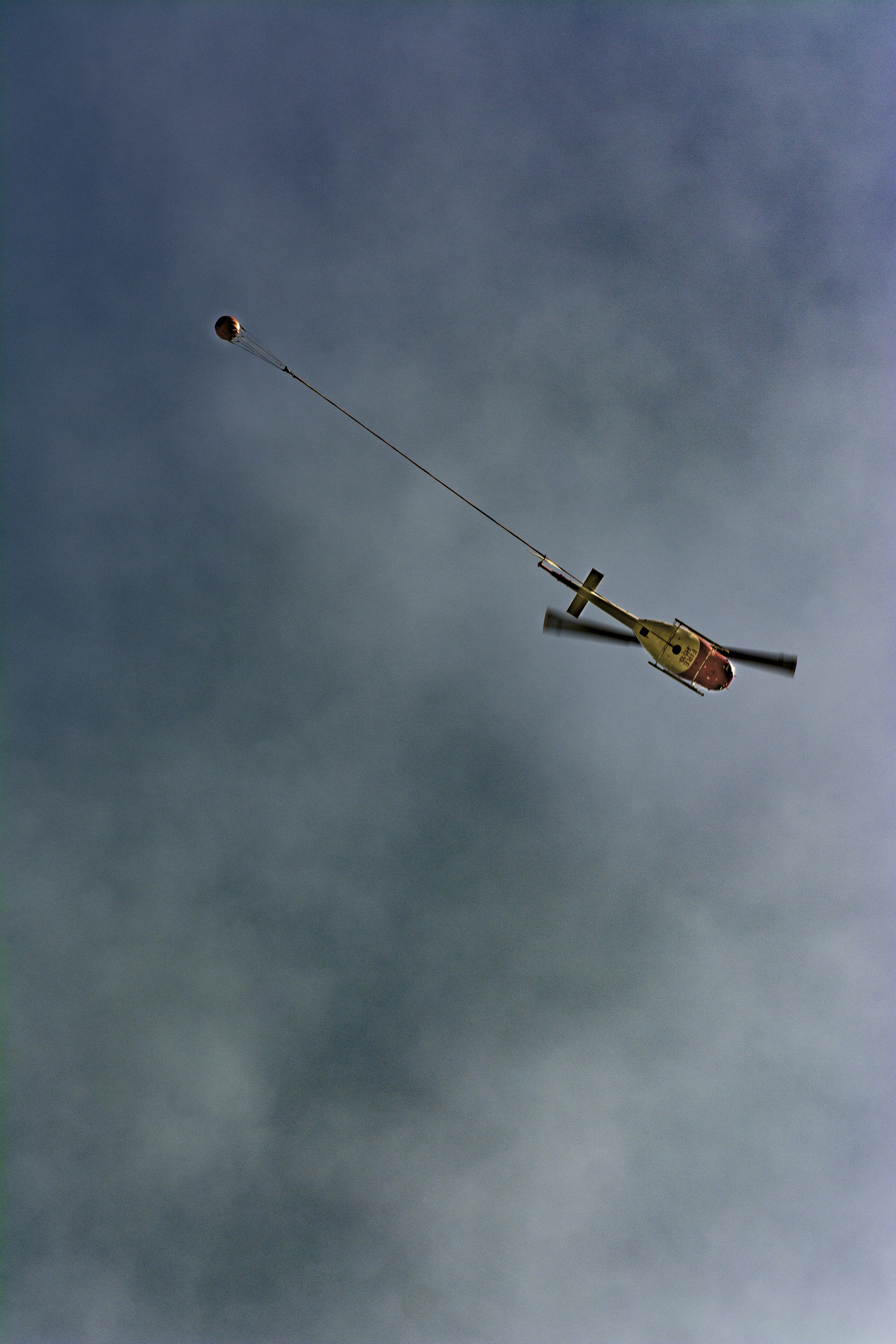 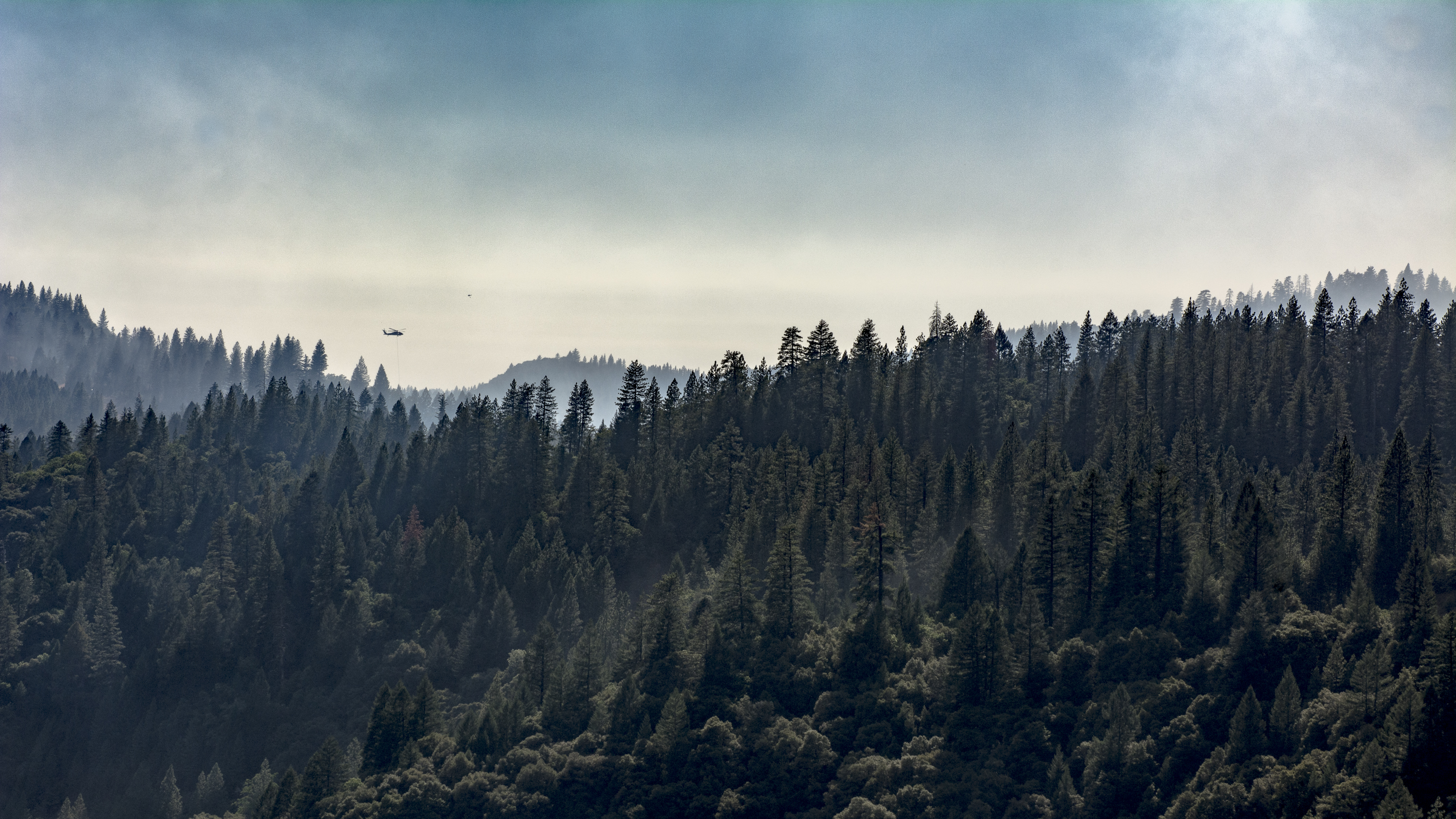