This morning was a banner day of sorts, in terms of the array of visitors to the fountain over a short period of time in the morning. It was not particularly a banner day in terms of the quality of the photographs I took, all with the 600mm lens, but I’m practicing and learning about the lens.

It started when I looked out to see a young hawk (I think a juvenile sharp-shinned) on the fence. I’m temporarily down to one camera, which was in my camera bag with the 24-70mm lens attached. I knew I wouldn’t get much of a photo from inside the house with a short lens but I took a few anyway before the hawk flew off. When he left, I scurried to retrieve my tripod and 600mm lens, both inconveniently inside the closet inside other camera bags. I dragged them out and attached the lens to the tripod. Just as I was attaching the camera to the lens, I looked up to see the hawk land on the fountain. But the tripod wasn’t yet in the correct position in the window so things were obscuring my line of sight. Adding to my frenzy was Bobo who was making her hawk warning calls and trying to hide. I didn’t want to lose sight of the hawk and the kitchen table was preventing me from centering the lens in the window so I leaned my hip against the table and shoved as hard as I could to move it out of the way; at the same time, I hooked my foot around the leg of one of the chairs and slid it in the opposite direction.

Despite my efforts, I still didn’t manage to get the focus point on the hawk’s eye. Everything was jiggling because I was still adjusting the position of the lens and the ISO was too low so the shutter speed was also slow. But I managed to get three shots before the hawk flew off again. Within minutes, the male hummer flew into the viewfinder. By now I had adjusted the camera to vertical because the hawk took up half the frame and I thought if he returned I might get a better shot at him in a vertical format. But, I had locked down the panning knob so I couldn’t move the lens easily and while I fumbled with that, the hummer was on the very edge of the viewfinder and not moving into the shot. I clicked 4 shots of the hummer also at a very slow shutter speed.

I made some camera adjustments to get a better shutter speed, returned the camera to horizontal and was getting ready to leave for the gym when I noticed the fountain filling with bushtits. They frolicked in the water for five minutes or so and I took quite a few shots with the lens wide open so I had a better shutter speed but the depth of field was too shallow to get all of the birds in focus at once. When they left, I looked out to see a lone dove laying in the water holding its wings aloft but not flapping. I presume it was trying to cool off since it was already quite warm even though it was only 8:30AM.

Now I realize I will have to leave my lens on the tripod so I can quickly set up if I see action outside. I will also have to wash my windows. But at least I’m getting experience using this lens and hopefully the more I practice, the better my results will be. 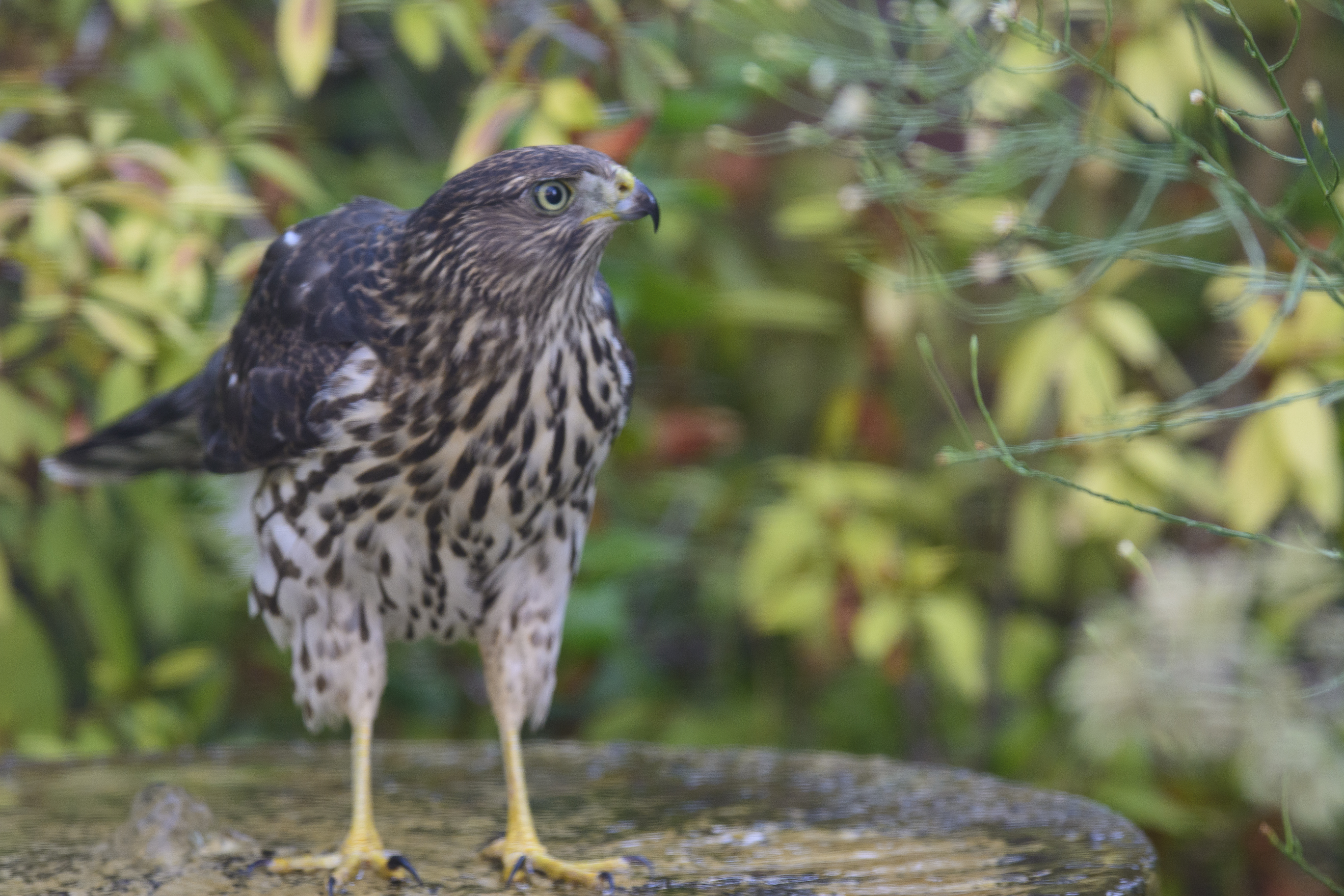 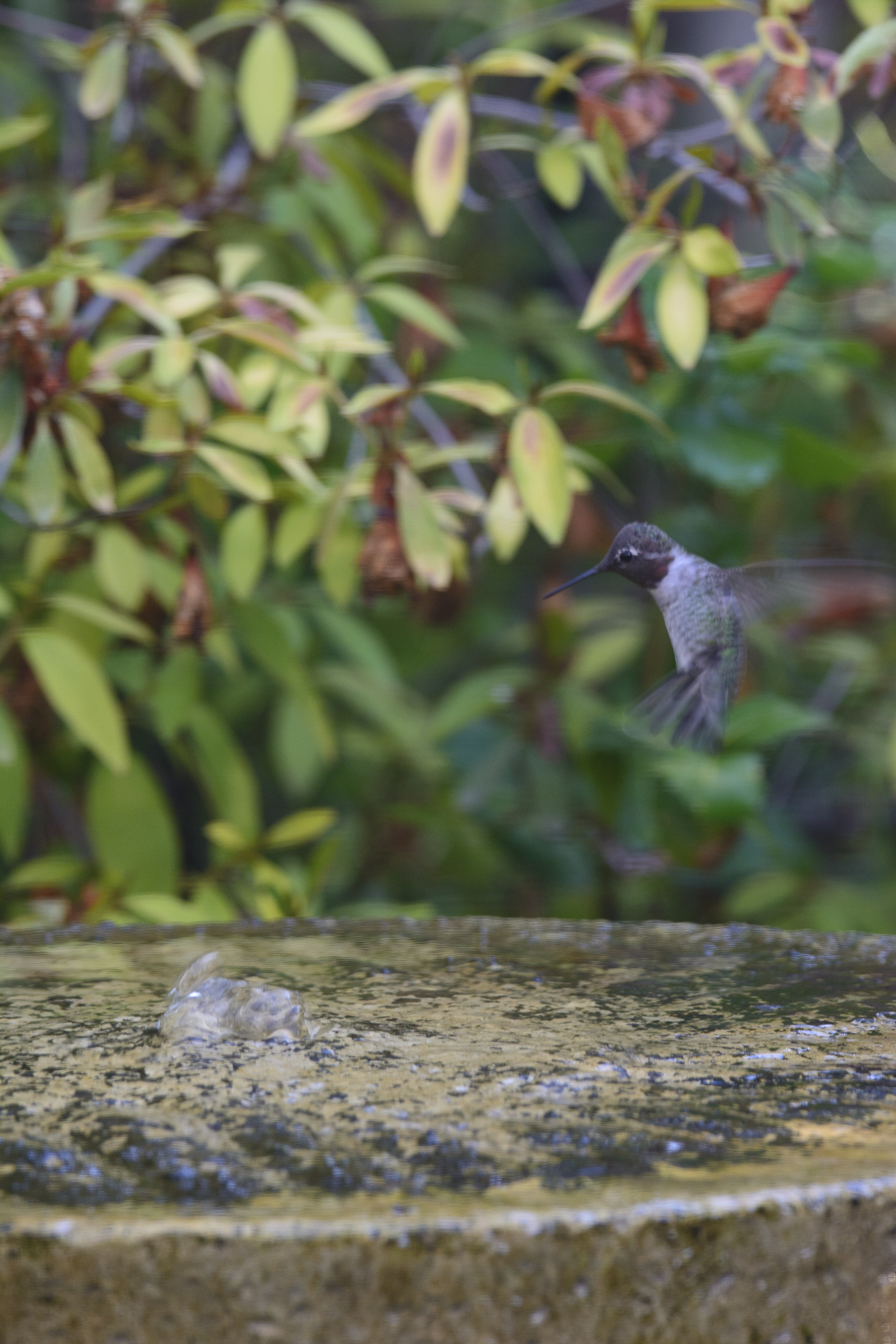 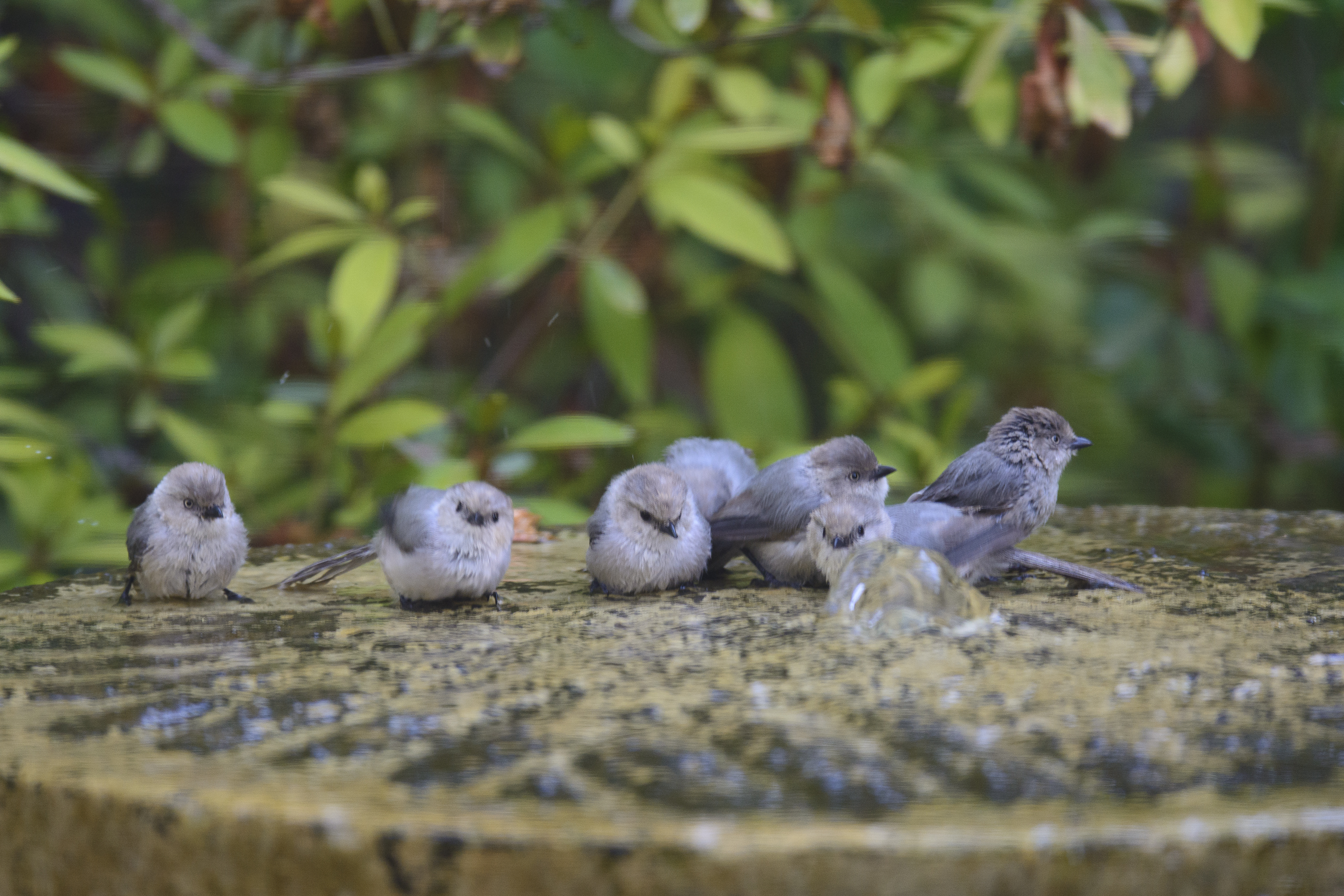 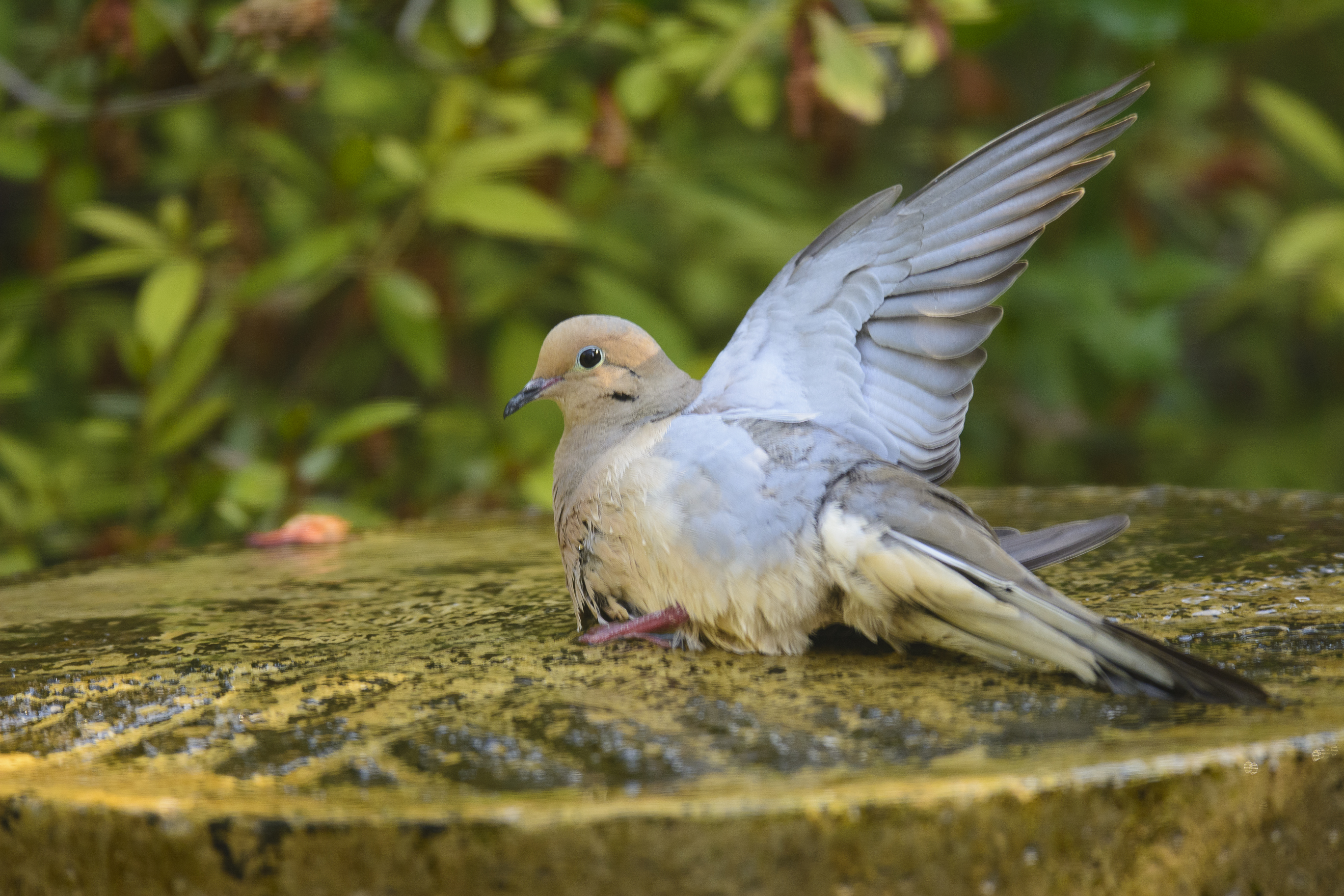