When we visited Sego Canyon near Moab, Utah, we came across some petroglyphs and pictographs on the canyon walls. Although this could be considered ancient graffiti, it was really a form of communication to let tribal members and other tribes know where to go and what was happening with the tribe. The resemblance of some of the figures to more modern drawings of aliens from outer space is striking. Sadly, over the centuries, others have made their marks on the ancient pictographs and petroglyphs. Those that date to the 1800’s are considered historic by the National Parks System. More recent etchings and disfigurements are considered graffiti. The first two shots contain evidence of more modern graffiti. 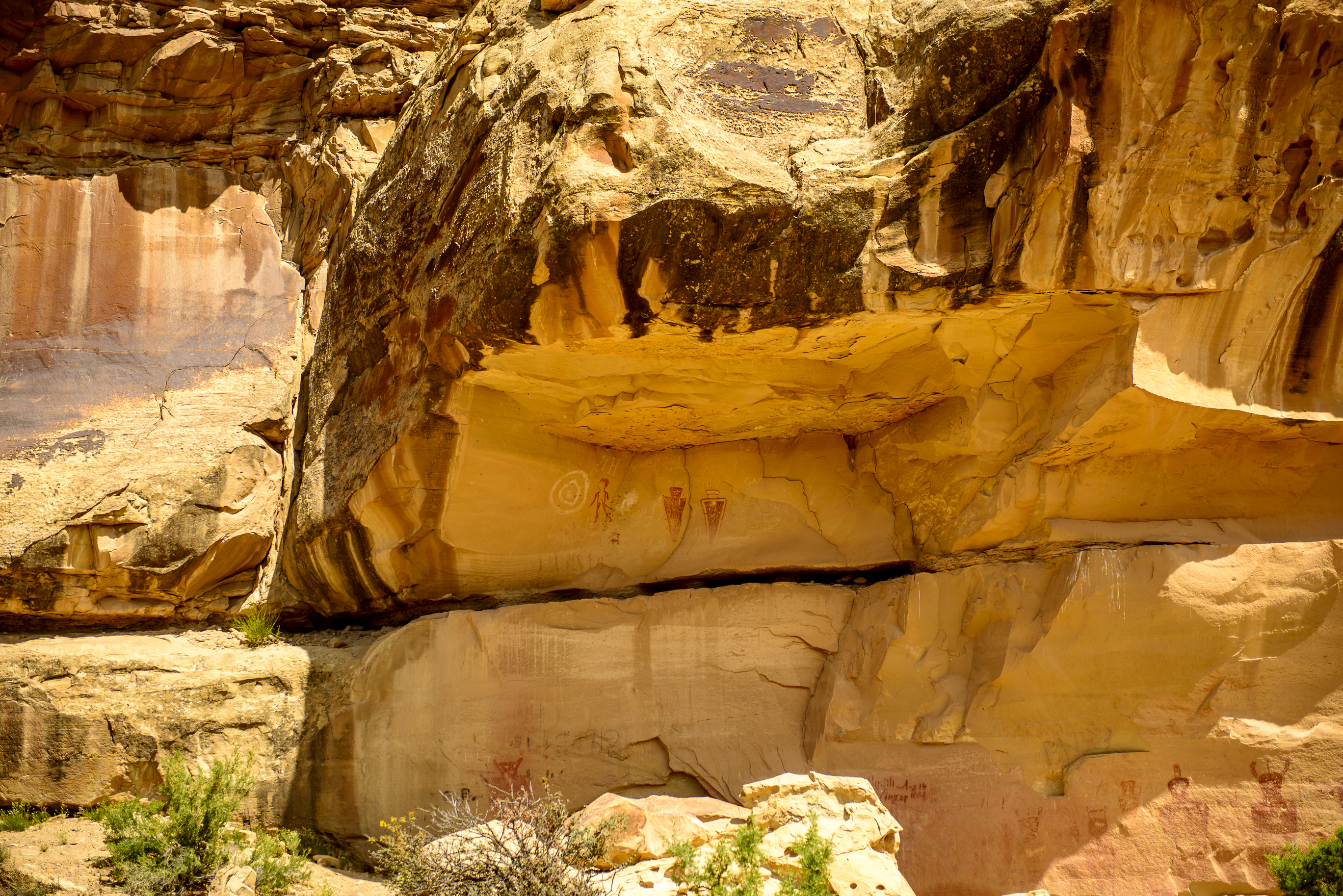 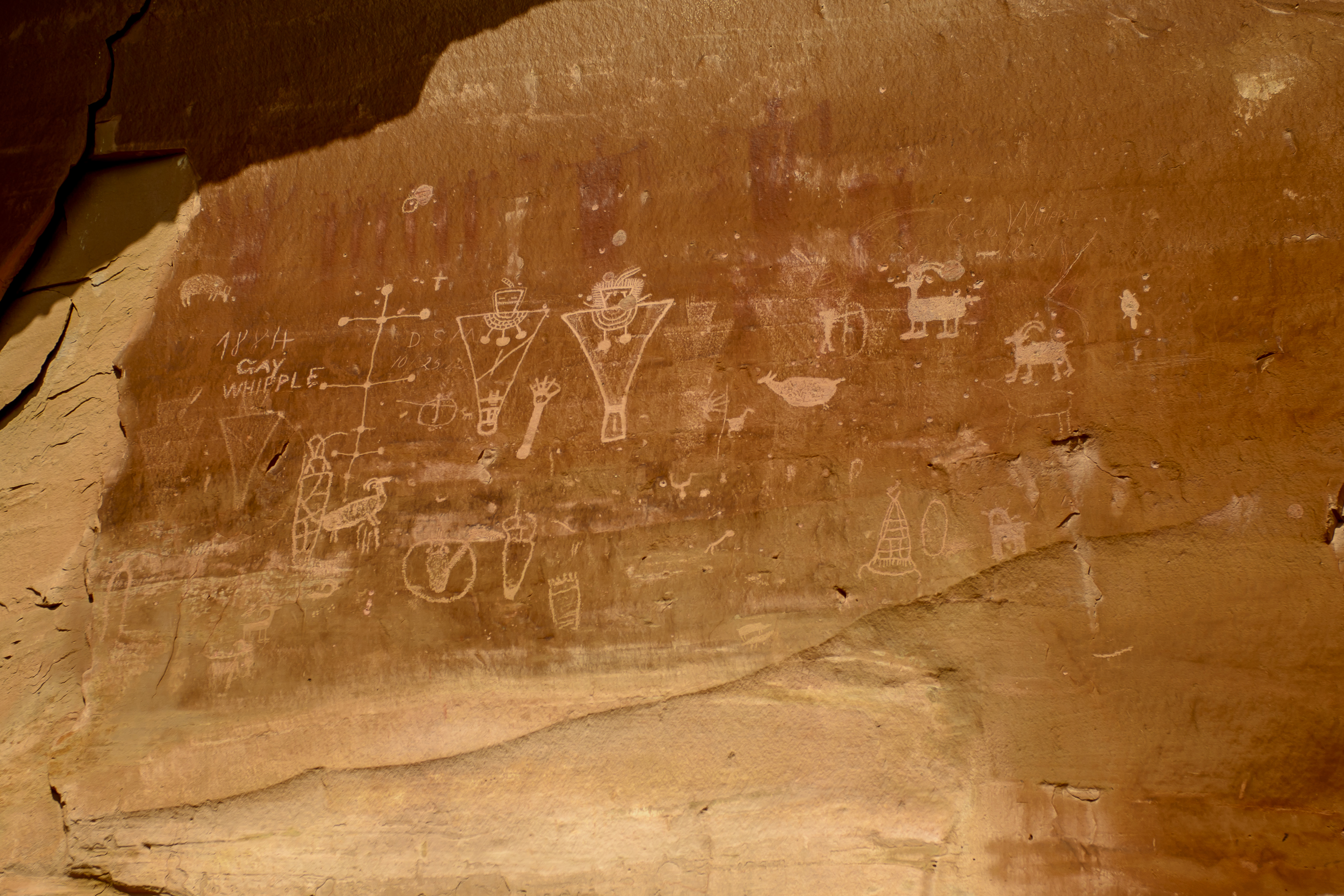 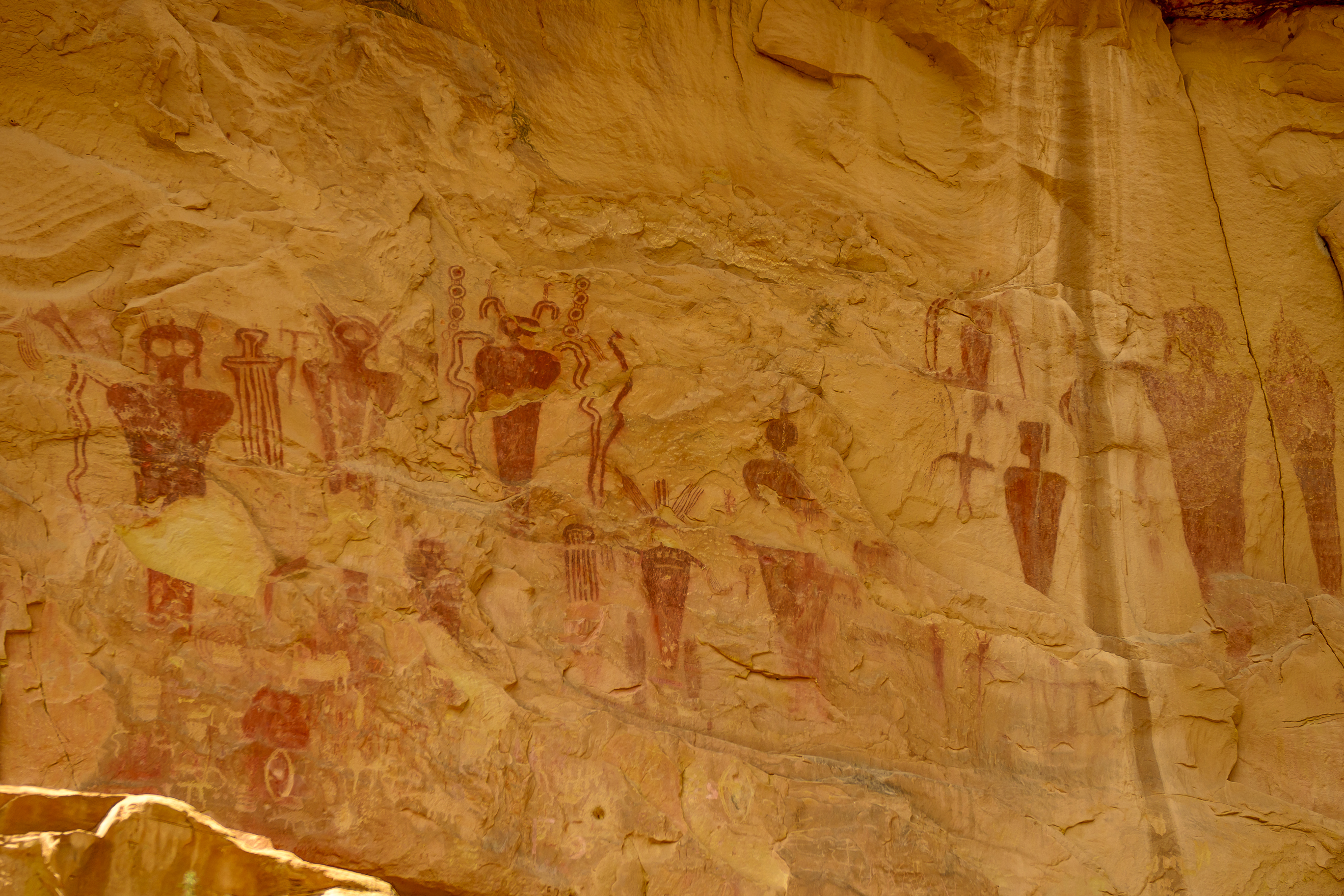 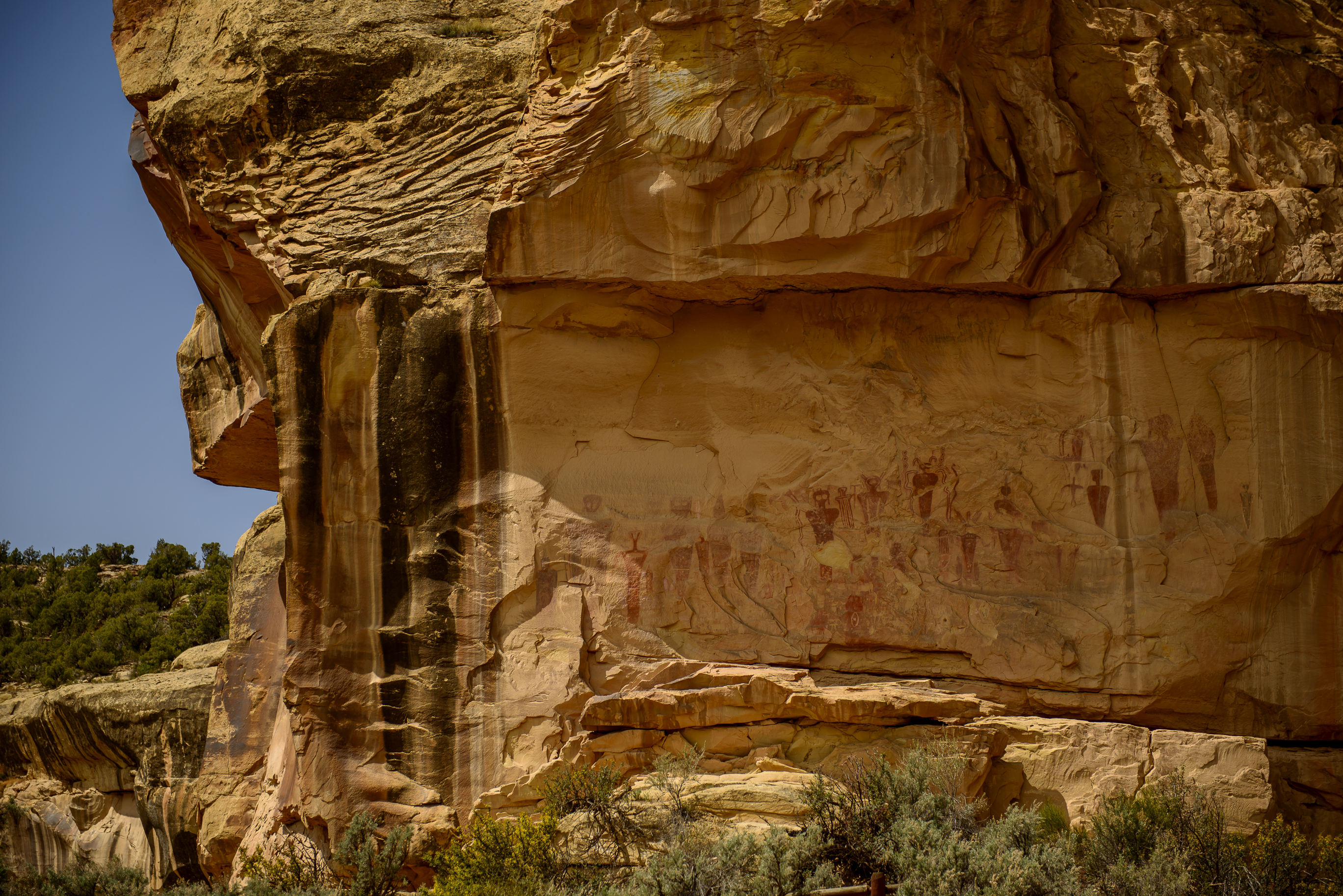