I spent a frustrating hour late yesterday afternoon trying to capture one of the hummers at the feeder. The male shooed the female away when she tried to feed. When she was allowed to feed, she always landed on the opposite side of the feeder so all I got was photos (in focus by the way) of tails and feet. I watched the male as he surveyed his territory from high up in the xylosma tree and he almost nodded off a few times in the warm sun. I caught several shots of his eyes half closed.

Part of my frustration came from using the tripod so I abandoned it and moved from the sun into the shade of the house. I finally got a few shots of the male warily watching me but the in flight shots reminded me of so many of the shots I got at the rookery in Texas: either the front half of the bird or the back half of the bird, not the entire bird in one shot.

When I reviewed the shots, I found an interesting one and fortunately, the entire bird is in the shot, but just barely. It shows his hollow tongue with what appear to be bubbles of nectar in the tube/tongue so I cropped the shot and included it with two of him sitting on the feeder. His wings appear to have new feathers emerging.

I always feel better when I have a few decent hummingbird shots to feature on my blog. 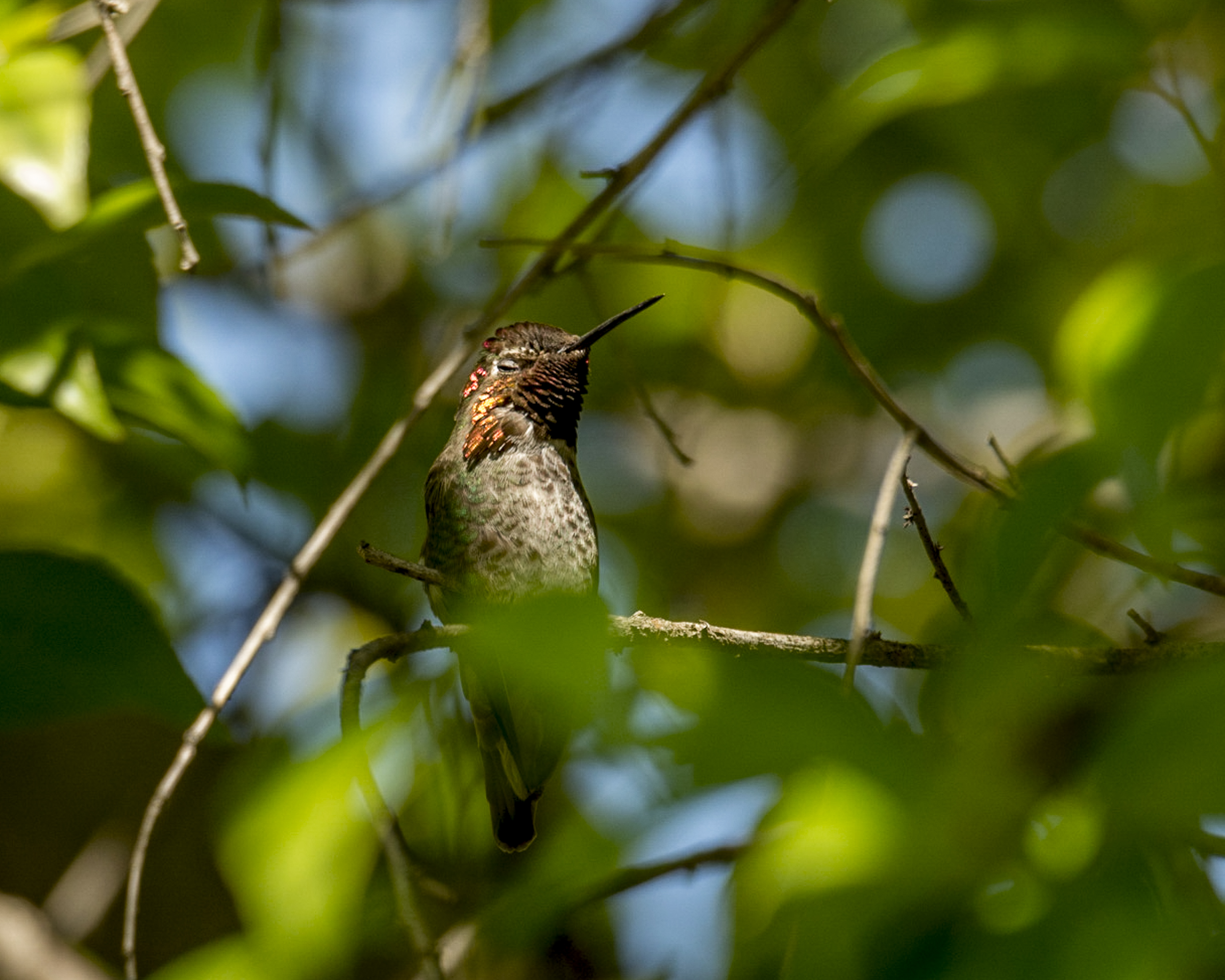 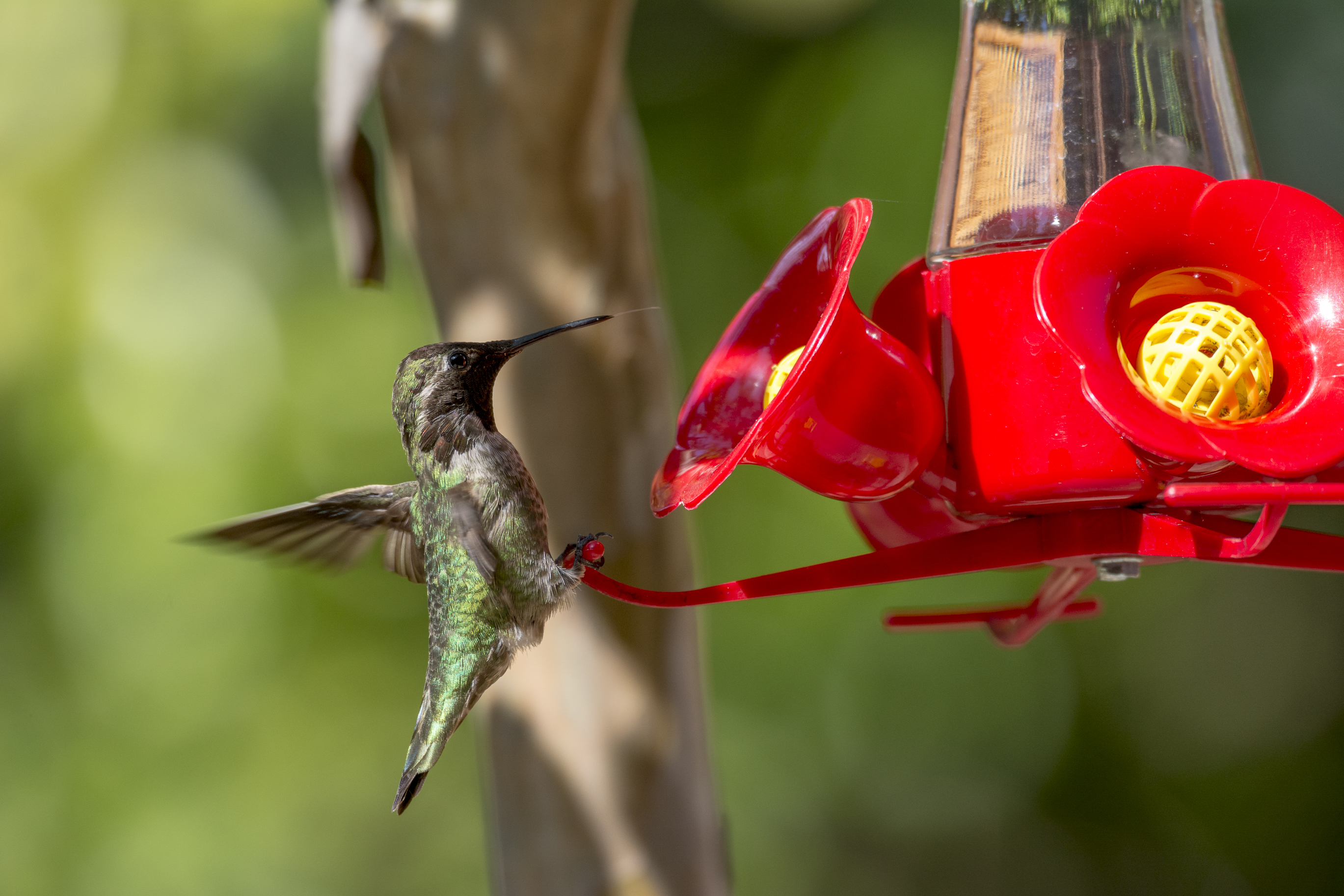 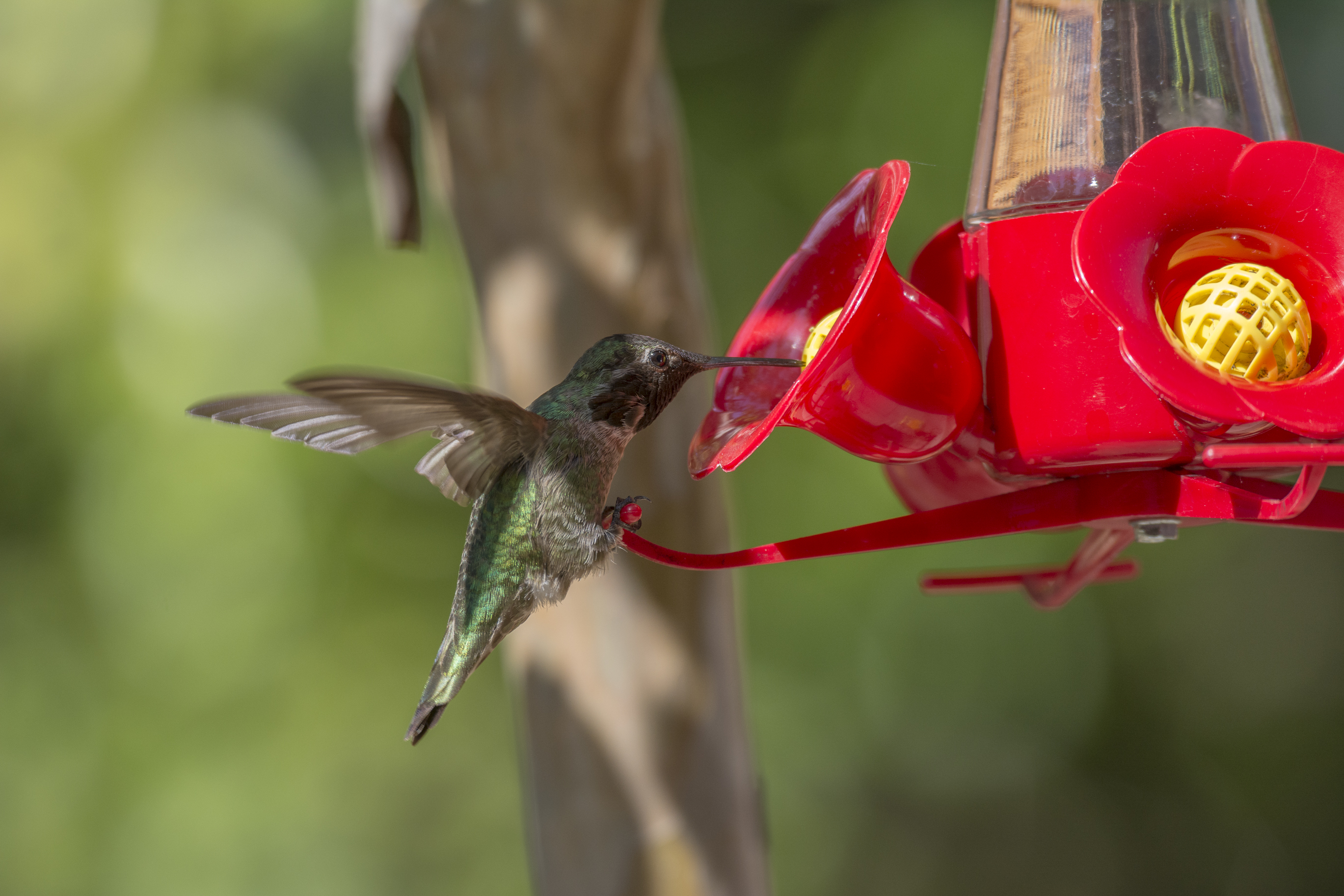 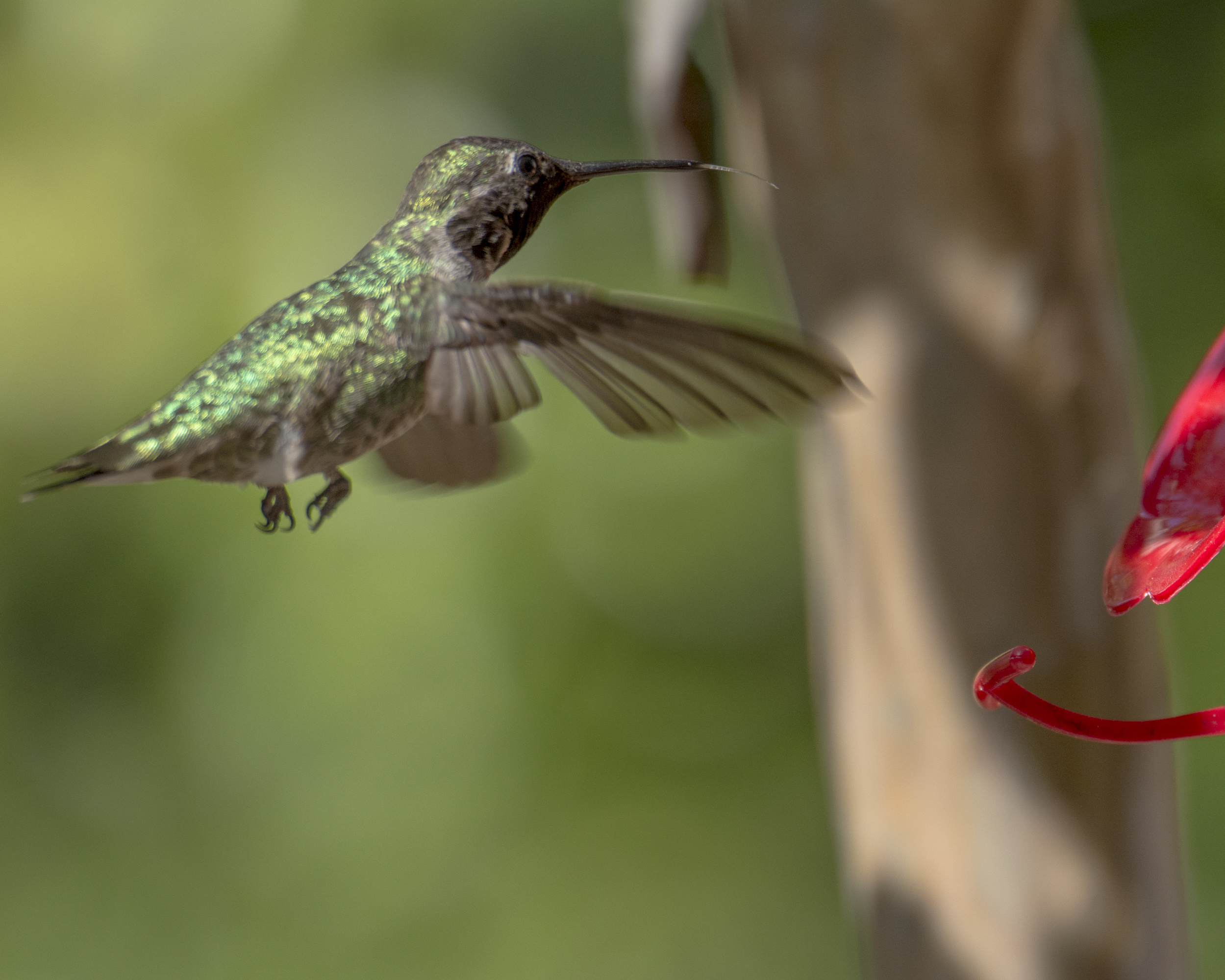