We had lots of clouds and rain in Utah. We were always optimistic that the forecast would change and we would be able to see stars at night. One evening, we ate an early dinner, slept for about 4 hours then rose at 12:30 am when the moon set and drove an hour to Mesa Arch where we hoped to photograph star trails or heavenly bodies or at the very least, make time lapse videos of nighttime cloud movement. We trudged the half mile to Mesa Arch in the dark using headlamps to light the way (the trail is not really treacherous but it’s hard to see in the dark), then set up our cameras to try for time lapse as it was clear (pun intended) that the sky was not clear so star trails and heavenly bodies were not going to happen. After an hour or so of fidgeting with our equipment and realizing that it wasn’t going to get any better, we packed up and trudged back, abandoning our original plan of leaving one or two of us to monitor the camera gear while the other two slept in the SUV. No sooner had we arrived at the car than the skies opened up and it poured for a couple of hours. I was the only one to bring a pillow from the motel and I was fairly comfortable. We hoped that it would clear up for sunrise but that didn’t happen. After sleeping in the car for a few hours, we drove back to the motel at about 6AM and got into our comfortable beds. Later that day, after brunch, we ventured out again. The skies were cloudy and threatening and we heard thunder and saw lots of rain but we returned to Arches National Park to see if we could find anything of interest. The dark, threatening skies made the perfect backdrop for these rock formations. I processed this shot in Perfect Effects Black and White. 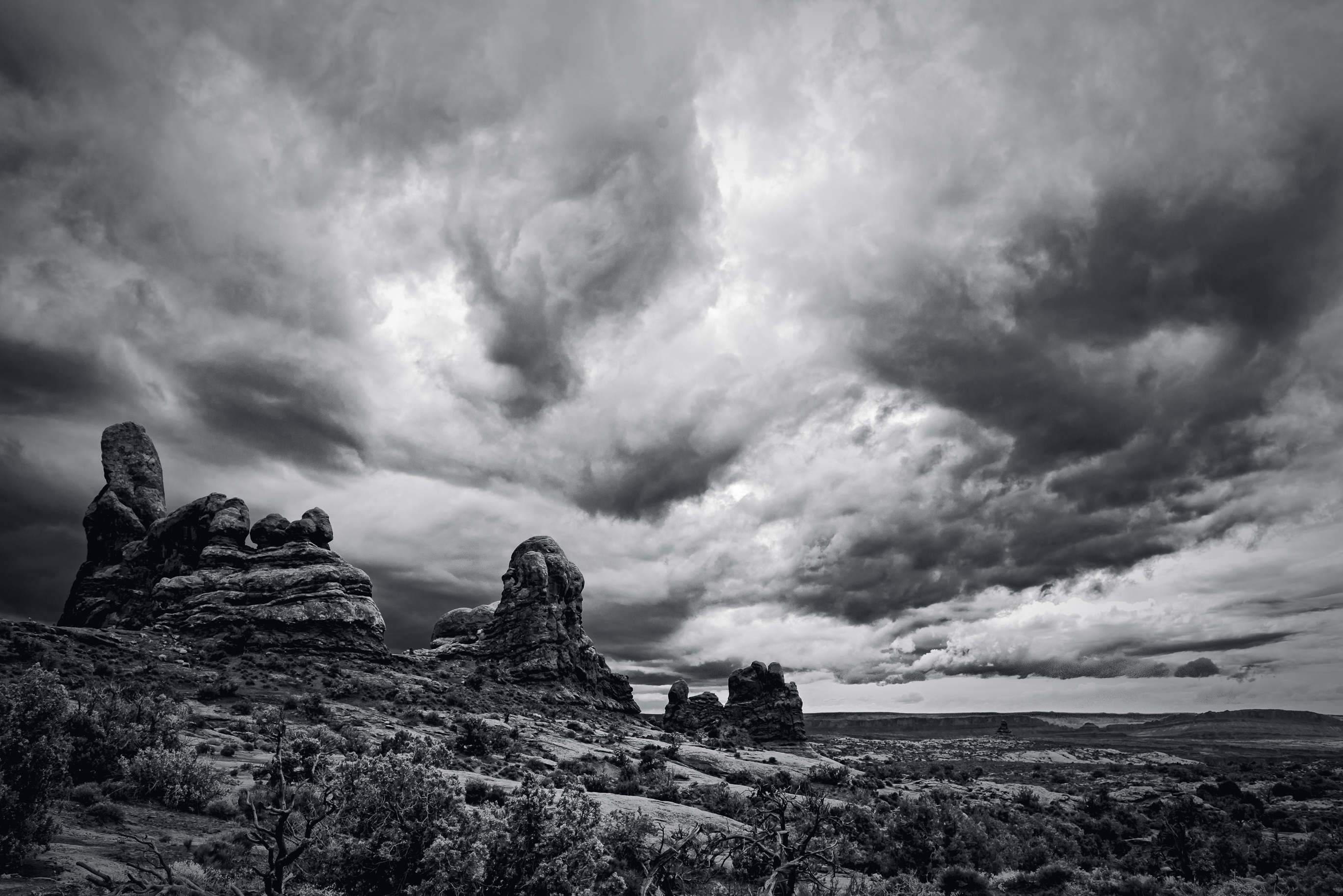