In the 1930’s and 1940’s, street photographers took images of passersby and, I presume, sold them to those same passersby. I don’t know how long it took for the photographer to deliver the finished photograph to the subject or what the process was. I only know that in the boxes of family photographs I’ve recently acquired, there are quite a number of photos of family members walking on a sidewalk in either downtown Oakland or San Francisco.

I found this photograph of my mother, Evelyn, on the left and her sister, Ethel, on the right and decided to take my own photograph of the photograph and feature it on my blog because I reconnected with my cousin Penny a couple of days ago after many years. Her mother is Ethel.

These gals are dressed to the nines (of course today we’d think of it as “dressed to the nines” but they were probably merely going shopping at a time when dressing up and wearing hats and gloves was commonplace and expected for women when they left the house. I believe this photograph was taken in the late 1930’s when these sisters were in their early 20’s. The photograph is undated but because the skirts are long, I know it’s pre World War II.

I processed it in Silver Efex Pro and added a border and enhanced the brown tones a bit. It’s a small, 2 1/2 by 3 1/2 inch photo, a common size for that time period. I love the expressions of these two sisters looking directly at the photographer and I also love that they’re walking arm in arm. 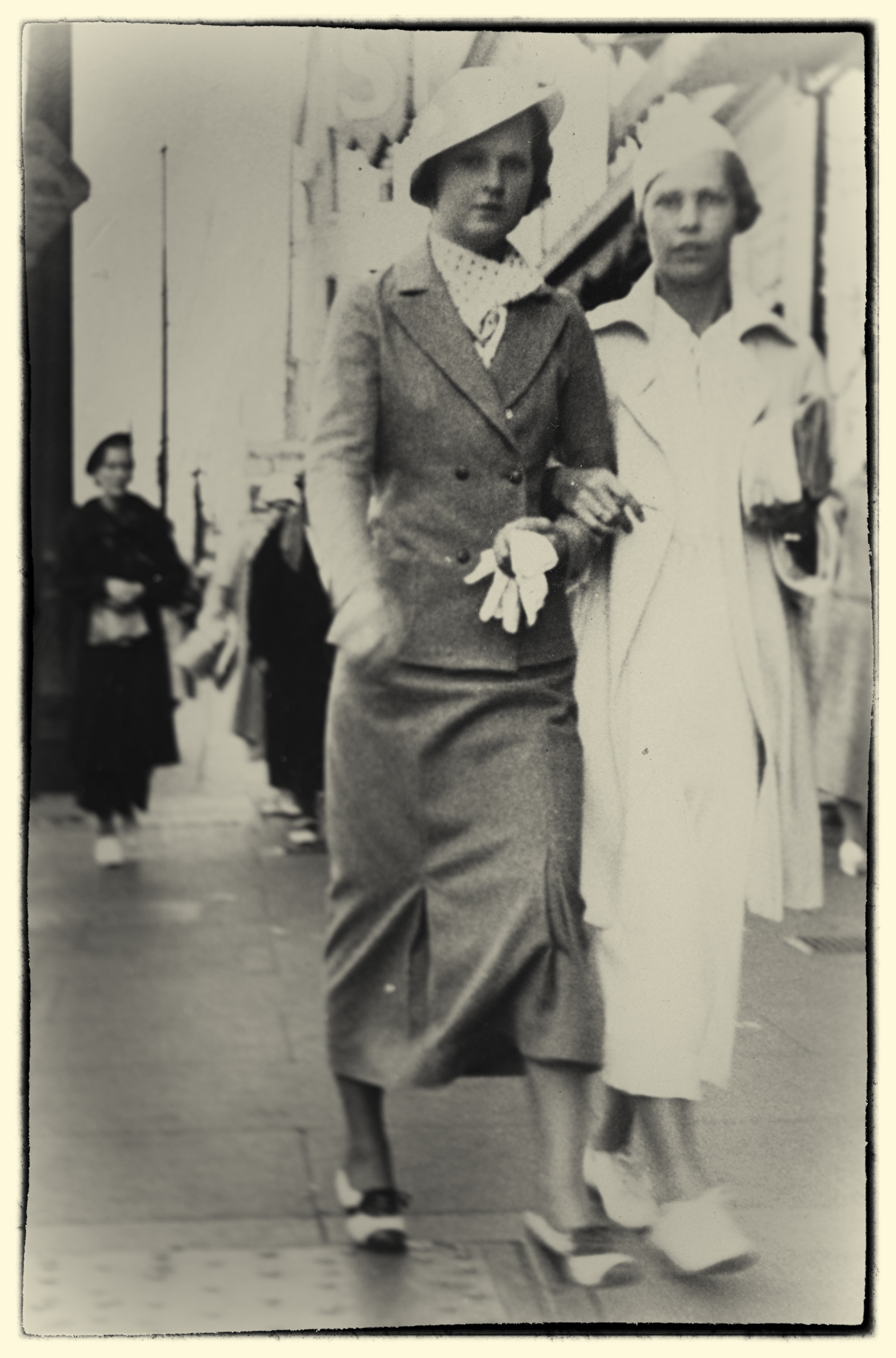