These shots were taken late on consecutive afternoons, about 24 hours apart.  I decided to experiment with changing the aperture so that the depth of field was not as shallow to see what, if any, difference that made in the shots.  The background was the same in both,  deep shade against the fence and shrubs.  I kept adjusting the exposure compensation to try to keep the shutter speed at a minimum of 1/250, although the shutter speed changed constantly as I moved the camera to focus on the hummer and it dropped to 1/160 in the first shot.  I also set the camera to high speed flash sync so that the shutter speed could exceed 1/250 sec.  I’m still using the Nikon D500 with 300mm lens. 1.4x teleconverter and two SB5000 flashes for hummingbirds but m thinks my Big Bertha needs another shot, too. 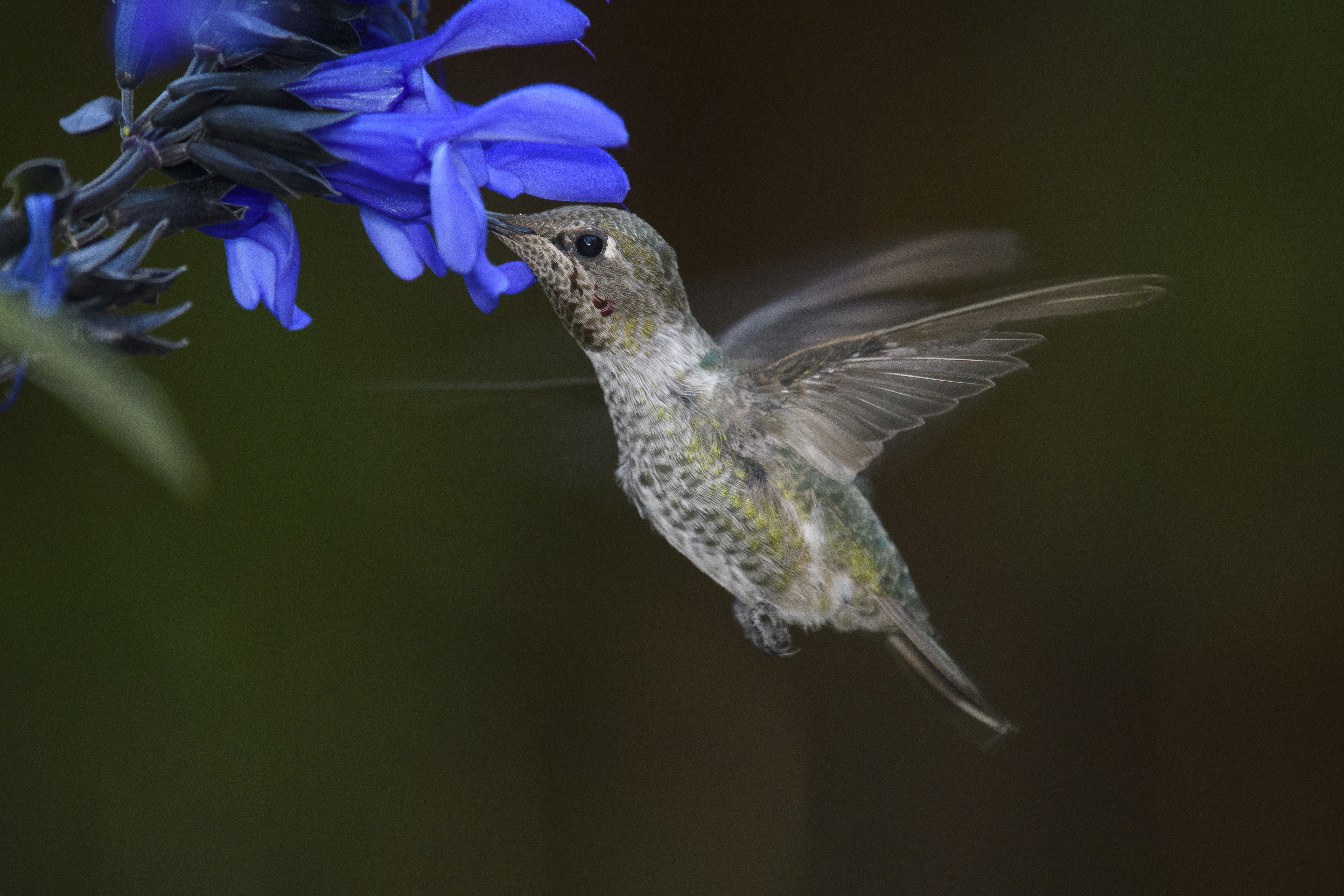 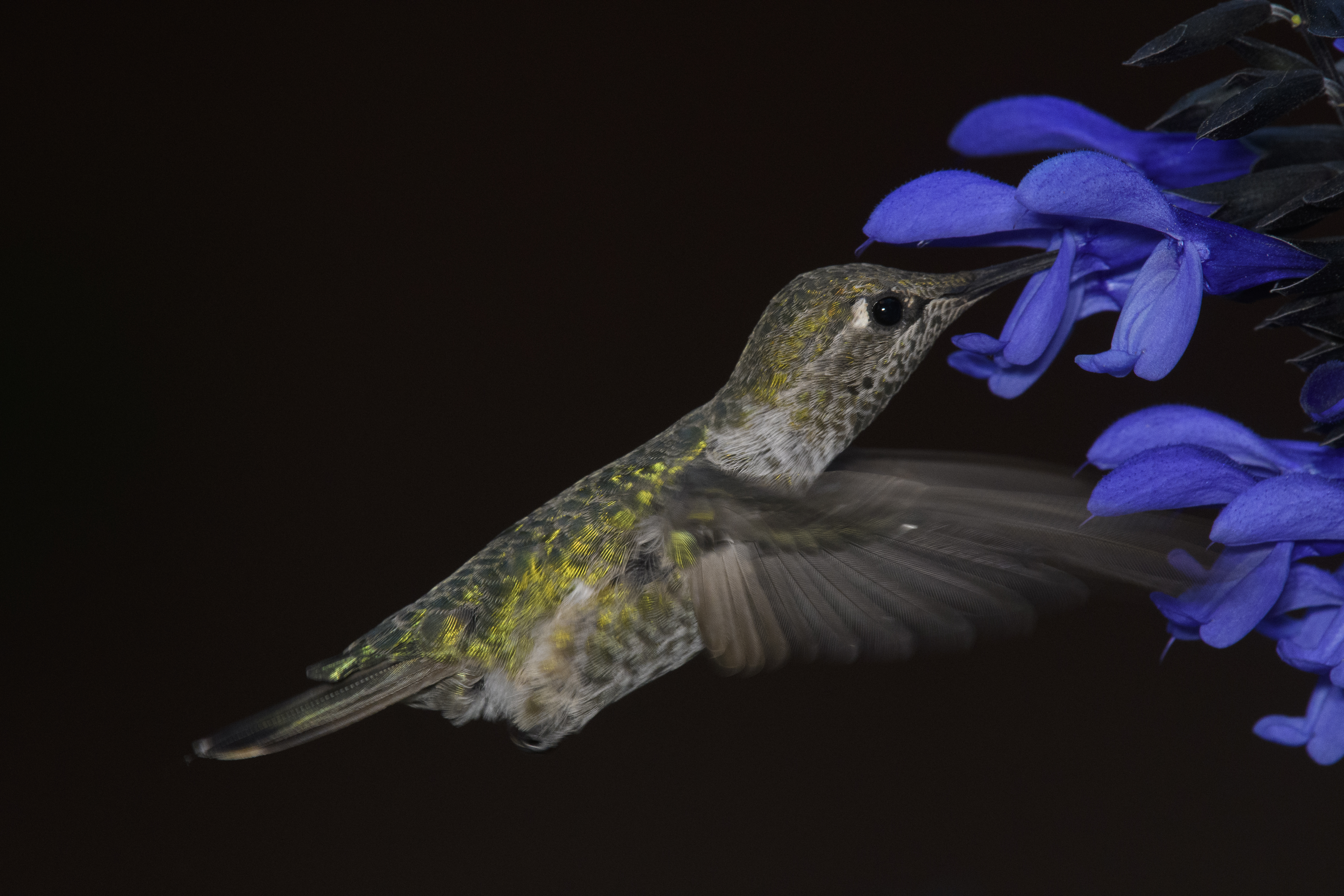