Late Monday afternoon, I took my camera, double flash set up, and a glass of  Michael David Sixth Sense Syrah out to the patio to wait for Homer Jr.  He has dethroned Homer as my resident hummer.  I’m really looking forward to his gorget filling out into that glorious gem-like garnet color.   In the meantime, I wait and watch.  I’ve developed a sixth sense (thank you Michael David) about his movements and I’m familiar with his feeding routine and  know just about when to pay attention because he’ll be feeding soon. The salvia I brought in has been a success.  I’m thrilled to be able to photograph him at a flower instead of trying to keep a feeder out of the photograph. 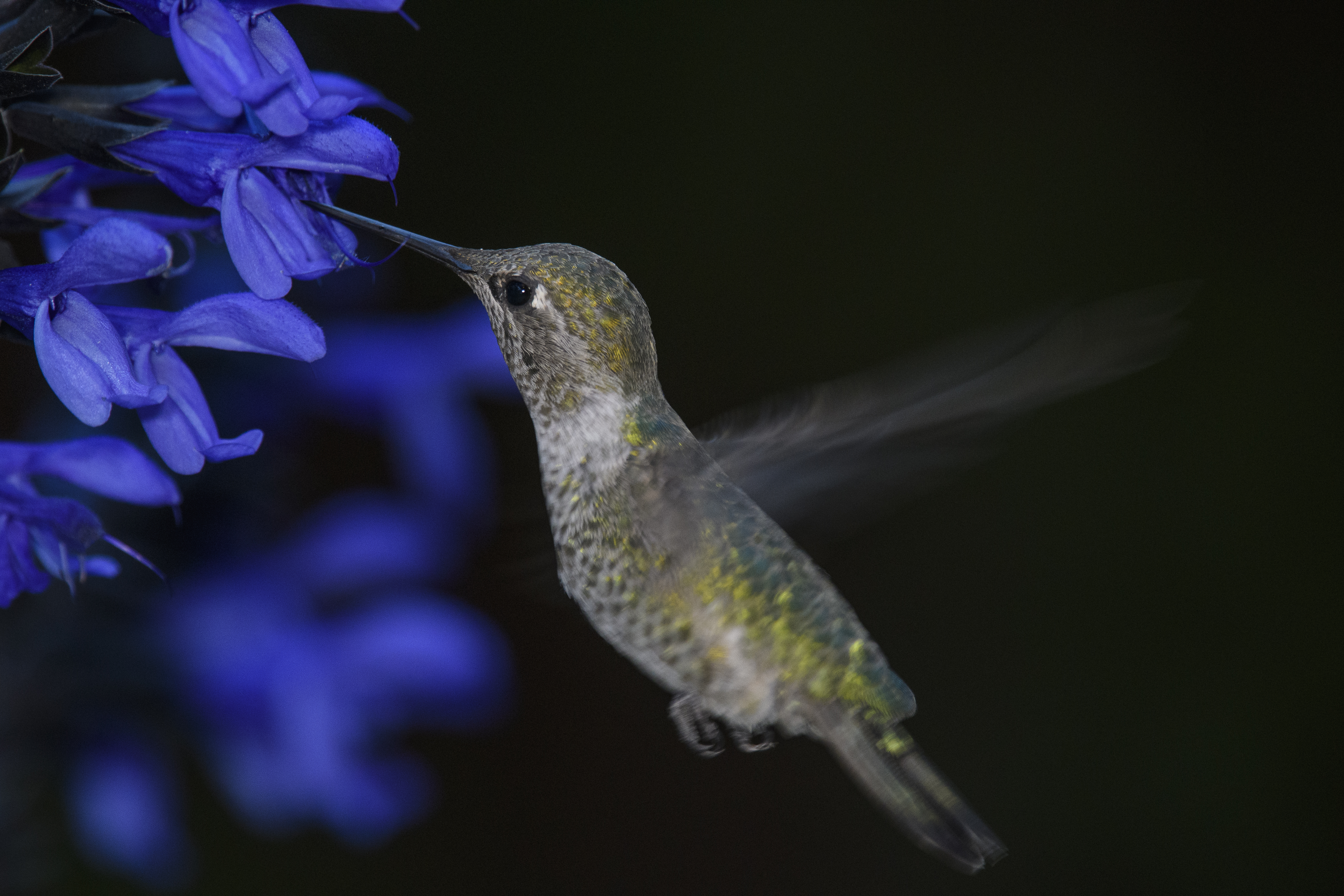