Indeed, hummingbirds seem to be everywhere in my life.  The other day when I was at the nursery shopping for new plants for the hummingbirds, I stopped inside to get some pieces for my sprinkler’s drip system.  I noticed a small bird high up in the building (it’s a warehouse type metal building with large barn door openings).  The bird was darting around flying exactly like a hummingbird.  And that’s because it was a hummingbird.  The reason it was flying around so frantically was because I had stopped my cart next to the feeder installed by nursery staff.  Apparently this little guy has claimed the territory.  He finally settled down on a palm frond behind the feeder where the staghorn ferns and other indoor plants are shelved.  While I extracted my camera from my bag, he flew to the feeder and I managed a couple of shots.  I had my 24-120mm lens on the D500  and I didn’t take time to increase the ISO so I was lucky to get his eye sharp as the shutter speed was at 1/60 second.  With  such a slow speed, the wings almost disappear.  I think it’s probably an Anna’s.  Since I didn’t have my official two-flash rig set on the tripod with the 300mm lens and we were indoors,  the gorget didn’t reflect any color. 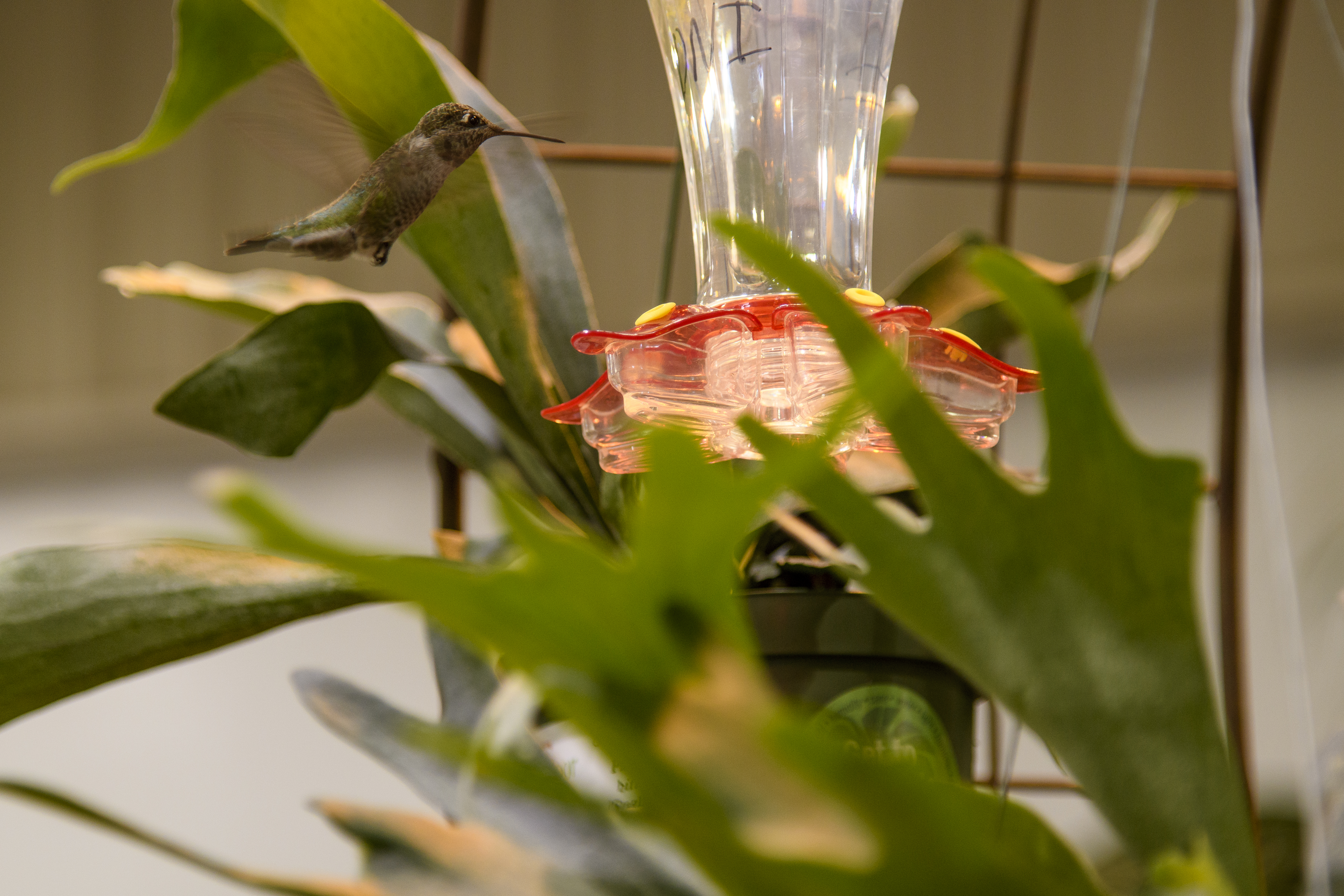