I took advantage of the cool, cloudy afternoon Thursday and spent an hour watching the hummingbird feeders, camera at the ready, waiting for Homer.  He never came.   Then, a hummer, that I at first thought to be a female, arrived.  I have noticed that the females seem less skittish than the males and tolerate my presence better than the males.  But this bird seemed a little different.  The gorget was not the complete gorget of a mature male’s but it was more extensive than the female’s and seemed brighter.  I also discovered that immature males have a white tip on some of the tail feathers, similar to the female’s, as did this bird.  This, I believe, is Homer, Jr.  He did not seem concerned with my presence and his “between feeding” perch was in a different place than Homer’s.  He spent much more time while he drank nectar and so I was able to capture several shots of him each time he came to feed. 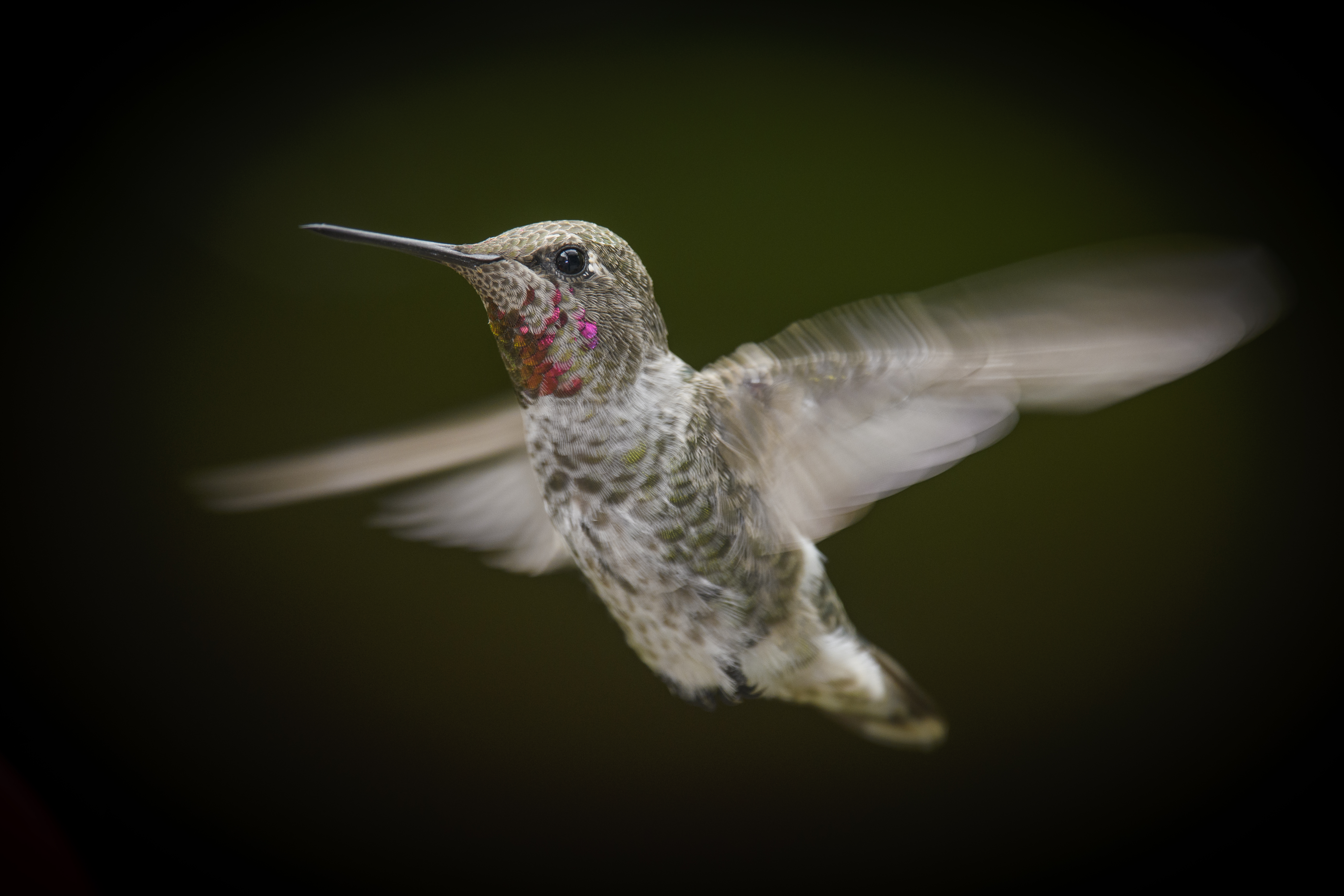 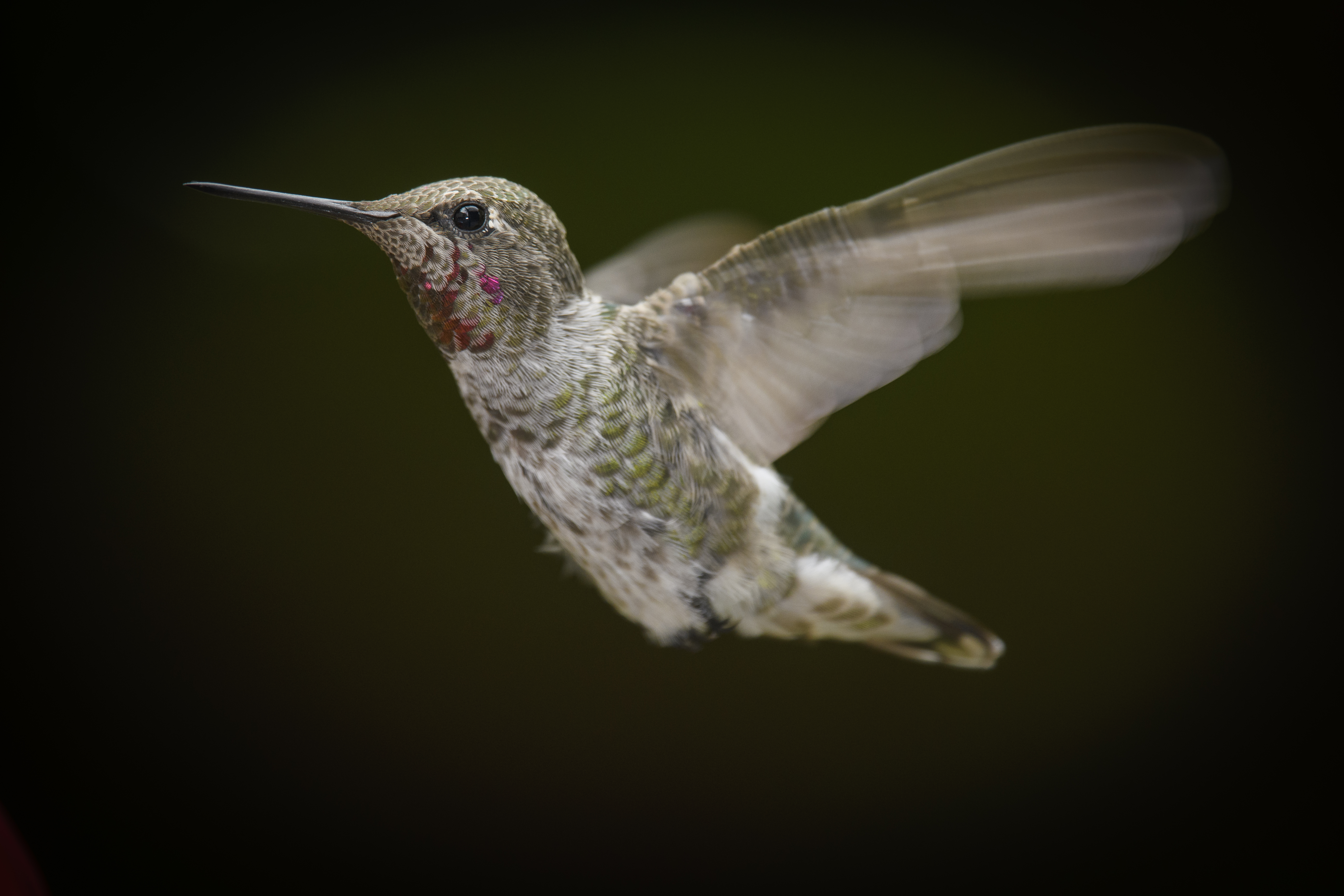