On Day 2 of our visit to Luna Lodge on Costa Rica’s Osa Peninsula, we saw and photographed all four species of monkey that are endemic to Costa Rica:   Spider Monkeys, Squirrel Monkeys, Howler Monkeys, and White Faced Capuchins.  These two White-Faced Capuchins that we watched at a place called Shady Lane, are eagerly scooping up what appears to be diluted honey from a hole in a tree.  We watched as they smacked their lips at the sweet taste and licked the drips of honey that ran down their arms.

So far, we have had more luck photographing monkeys here this trip than the birds we came to see.  Hurricane Otto devastated parts of the Osa Peninsula in late November 2016 killing innumerable birds and other wildlife in the area.  Luna Lodge staff had to repair the already barely passable road to the lodge.  It was wiped out by flooding and torrential rains that accompanied the hurricane.  They have done a remarkable job repairing the road which is the only access to the lodge but our drivers still have to carry shovels that they use to shovel gravel to allow easier fording of the streams that have carved new paths through the rain forest. 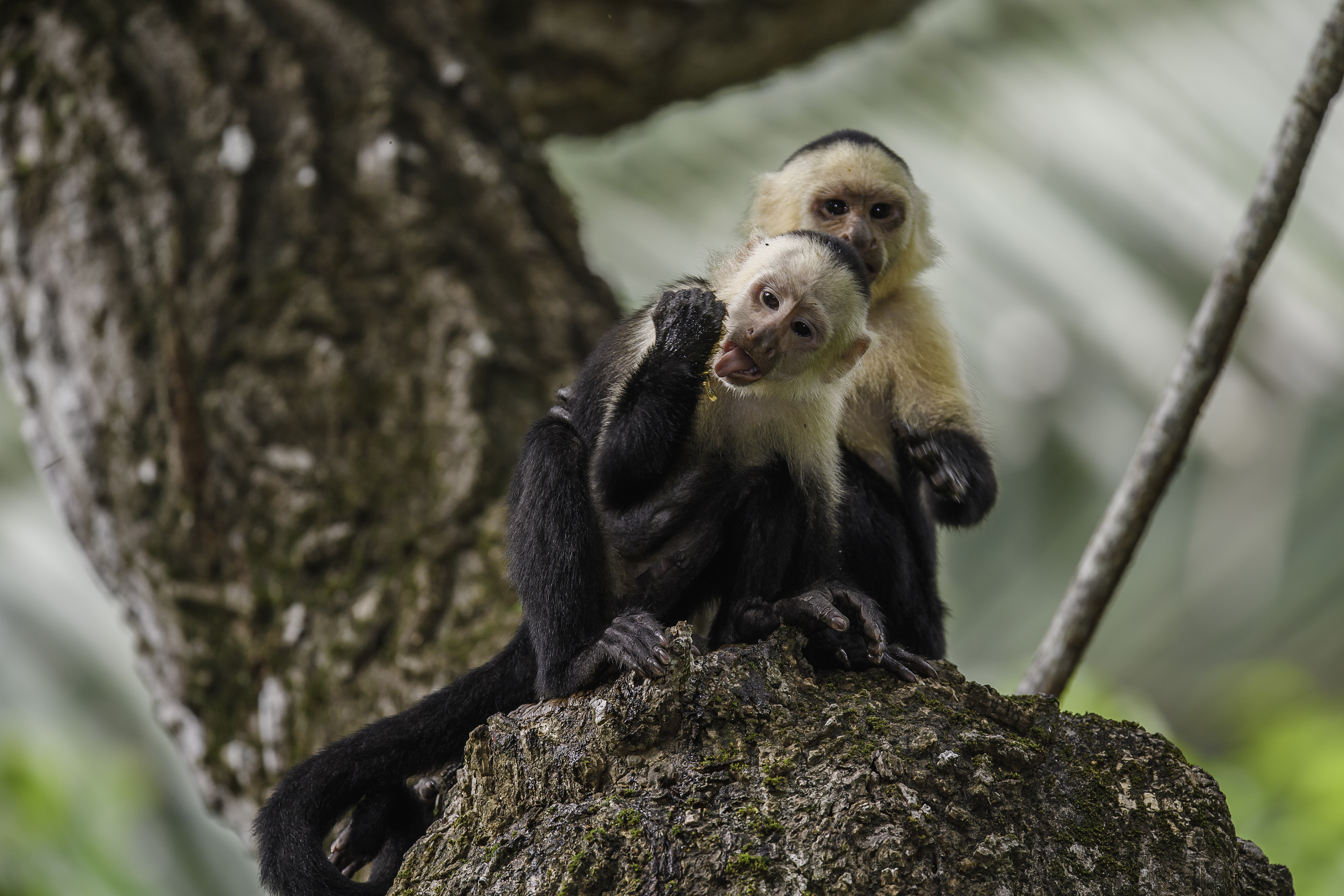