Birds are often sexually dimorphic, meaning that males and females look different from each other, especially in breeding plumage.  These differences can be in size or coloration or both.  The warblers we photographed at Magee Marsh are sexually dimorphic but it is sometimes very difficult for an amateur like me to tell whether a bird is a female and of which species, or if it is an immature male.  Of all the warblers we saw, the American Redstart male and female are the most strikingly different from each other.  The brightly colored male with its unmistakable black and orange plumage bears almost no resemblance to the drab grayish female with yellow sides. 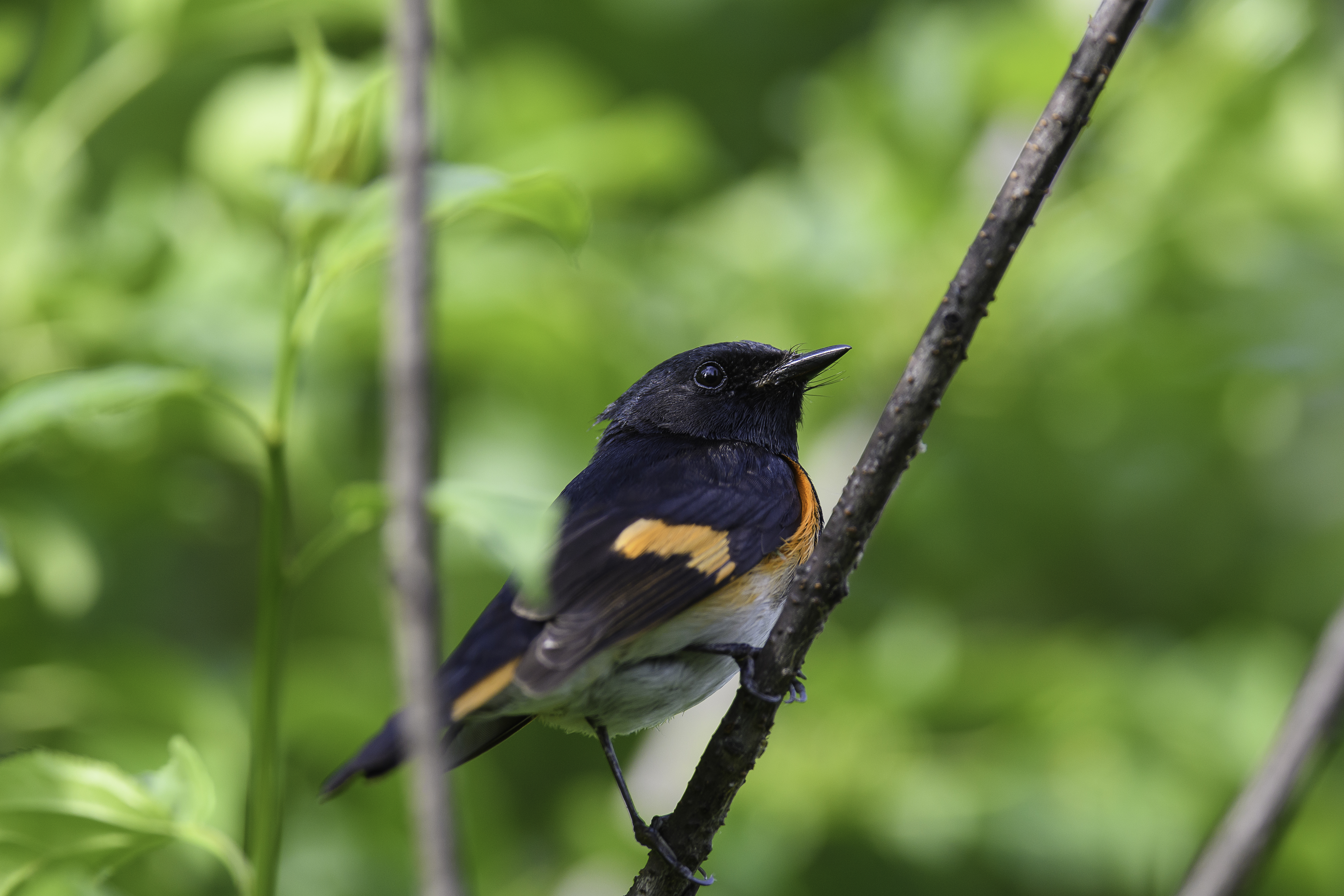 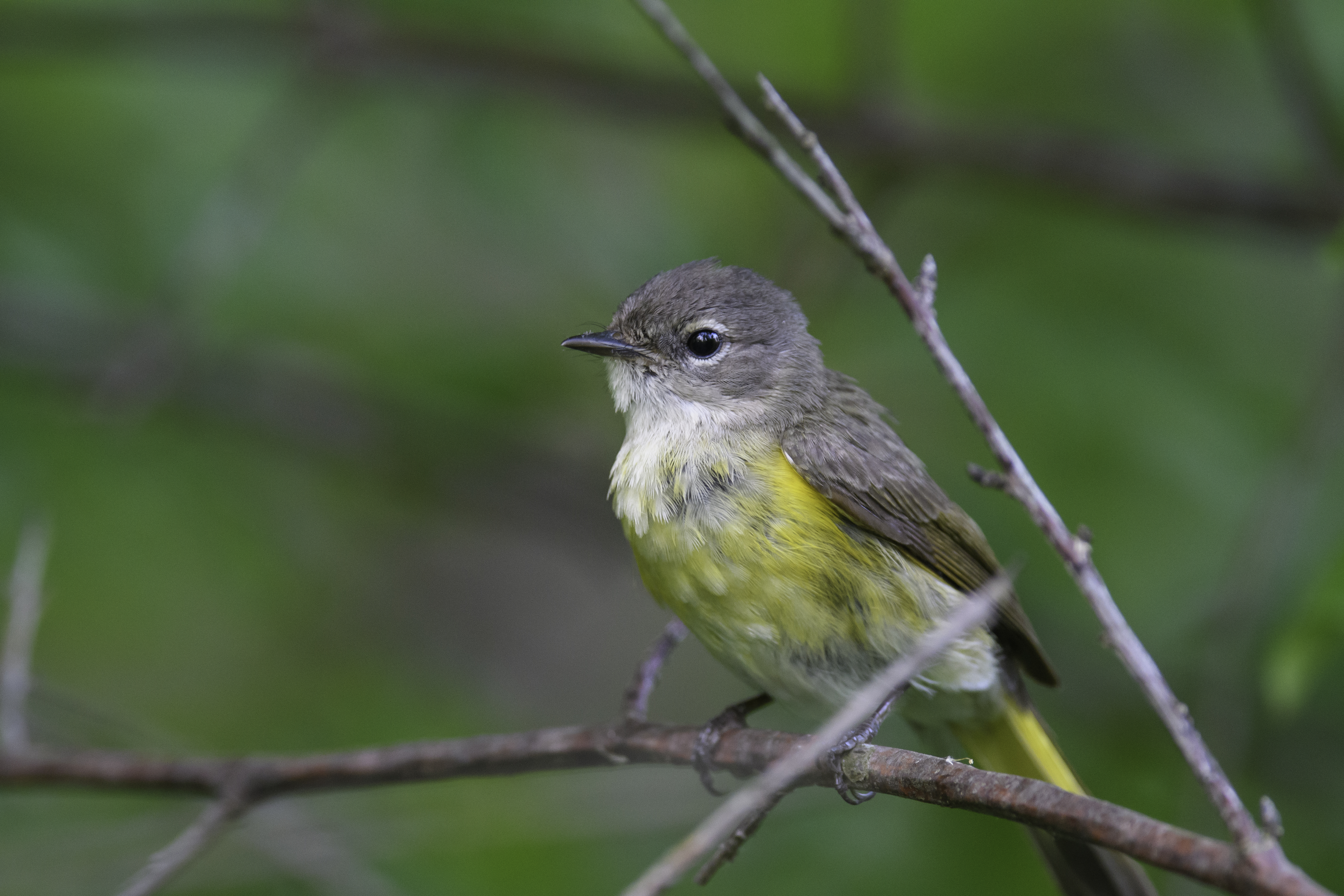