This is a female Bay-Breasted Warbler.  She sat on a small branch for quite a while as the strong wind buffeted her and ruffled her feathers.  One of our many difficult challenges during the week in Magee Marsh was identifying the birds we were photographing.  My iPhone Sibley Guide to Birds was a help as were the two Warbler-specific guides I picked up in the Visitor’s Center but I still struggled to identify the birds.   Moose knew most of them and passersby, presumably birders, offered commentary about which species we might be seeing at the moment but we discovered that often the birders were dead wrong.  So many of the birds have similar characteristics and if they are not mature or not yet in full breeding plumage, or they are female, it’s sometimes extremely difficult to tell.  The females were the biggest challenge.  They were so hard to identify that it seemed that each time we encountered the female of one particular species, I couldn’t tell.  It never seemed to look the same and I had to go through the process of trying to identify the bird all over again and still got usually it wrong.  I’m still buried in my guides now that I’m home and still puzzling over the identity of some of the birds I photographed.  Of course I was told at the time but failed to take proper notes.  Note to self: Pay attention.

The rufous wash on the breast that extends to the flanks and pale stripes on the mantel (not visible in this photograph) help to identify this bird as a female Bay-sided Warbler. 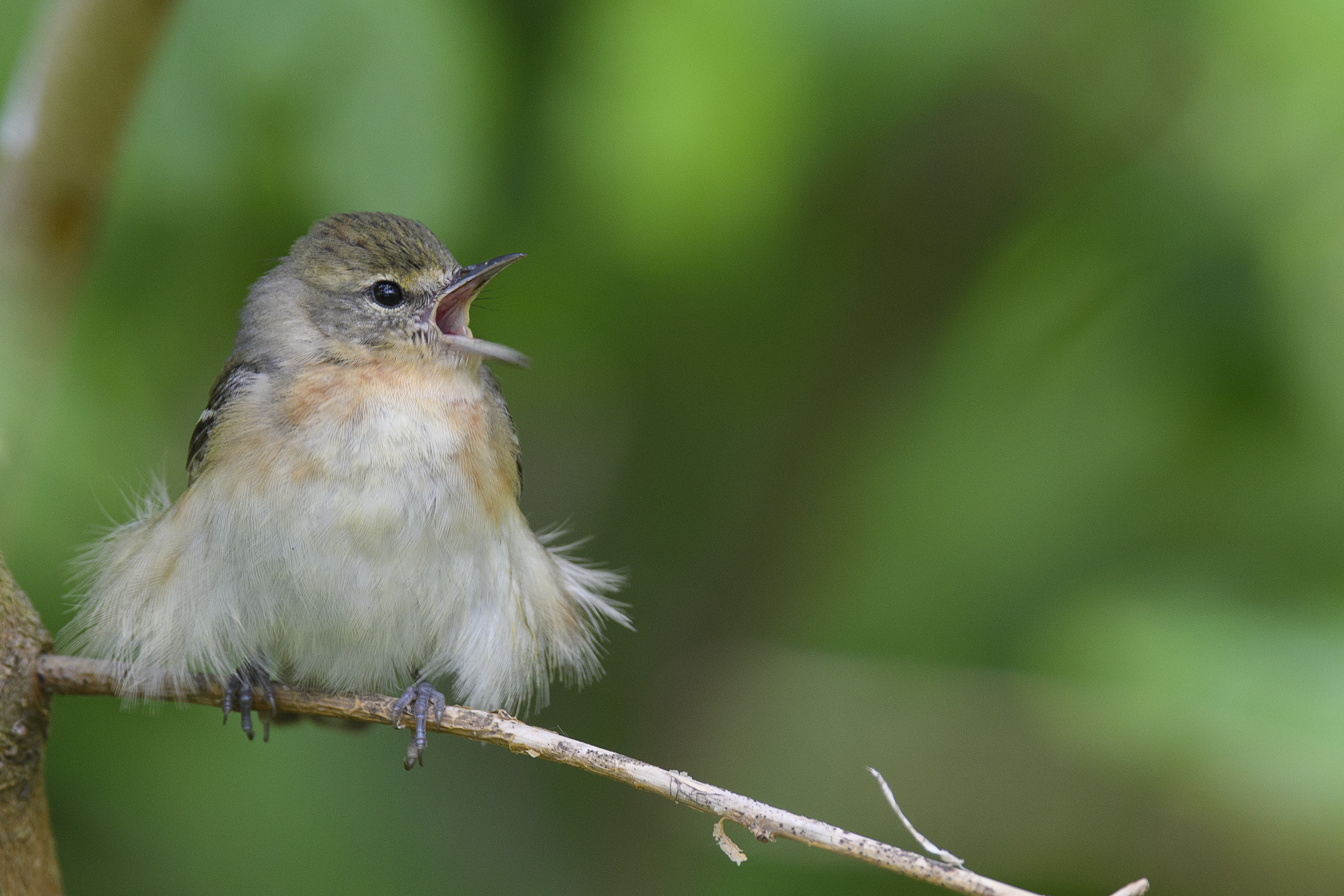