Pronghorns in Custer State Park have ready-made scratching posts.  Almost everywhere we went when we saw pronghorns on the prairie, there were usually one or two scratching against dried, rigid stalks of mullein (verbascum thapsus).  Park personnel told me the common names for it are bunny ears or donkey ears and—prepare to visualize, or not—pioneer or cowboy toilet paper.  That’s  because the base of the plant, when leafed out, is known for its velvety soft large leaves.    That is actually TMI, as far as I’m concerned.  Fortunately, we saw only dried plants so there were no cowboys or pioneers crouching in the shadows near any of the plants, just the occasional pronghorn, with the satisfied look of a creature scratching away an itch. 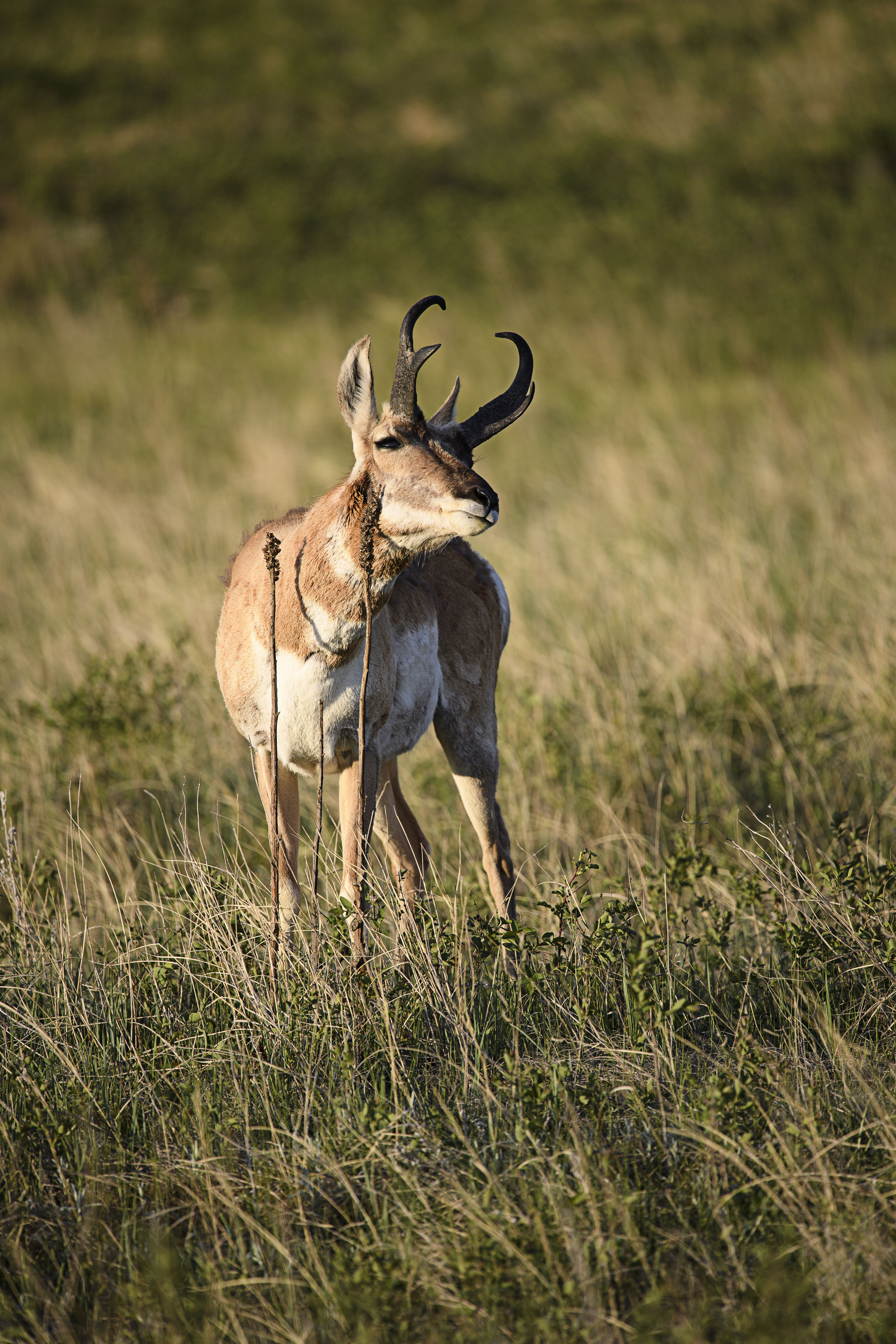