Thursday night, my friend Annie and I drove to the Concord Pavilion to a Van Halen concert with Kenny Wayne Shepherd first on the program. I won tickets, donated by Sacramento Classic Rock Station The Eagle, on the Fourth of July in a drawing that benefited the Forgotten Veterans’ Program in Auburn. The seats weren’t really seats at all, just space on the lawn but Annie and I were game for a fun adventure. We brought lawn chairs and blankets and umbrellas and rain jackets. Sometimes California’s drought doesn’t seem like a drought at all. Since when do we get rain in July? After the hour and a half drive down to Concord, we were early so we found a place to have a glass or two or wine and something to eat. When we arrived at the Pavilion, we parked in the public lot but no one asked us to pay and we saw no pay stations, so not only were the tickets free, so was the parking. We were early enough that we were able to settle in center stage just a few feet away from the railing. Others were already seated partially in front of us but the slope on the lawn provides ample viewing area. Despite the spitting sky, Annie and I settled in and met lots of fun people.

Kenny Wayne Shepherd, a blues/rock guitarist, was phenomenal. We couldn’t keep still while he performed and his set turned out to be the highlight of the evening. Once Van Halen hit the stage, we no longer had any line of sight because people crowded in front of us to get to the railing. Even standing wouldn’t let Annie see; she’s a head shorter than I am and I couldn’t see. We could barely see the Jumbotrons which didn’t seem exactly jumbo from up on the grassy knoll. When their singing was so off key in one song that we began to laugh, when the sound became so loud that it was distorted and it became impossible to hear anything, when the sky continued to spit on us, Annie and I decided to pick up our chairs and blankets, fight our way through the crowd, and make a getaway. My guess is that we saw 3/4 of the concert. Since I wasn’t a Van Halen fan to begin with, I don’t think I missed anything. I’m really glad I got to see and hear Kenny Wayne Shepherd, though. He is awesome!

The venue does not allow changeable lens cameras and so I left Big Nik at home and resurrected my Canon point and shoot. I was glad I did because they searched us as we entered the Pavilion. Here is Annie giving the Rock and Roll Salute before the concert started, and a shot of what we were able to see of Van Halen on stage before we made our getaway You can barely make out David Lee Roth strutting on the Jumbotron. 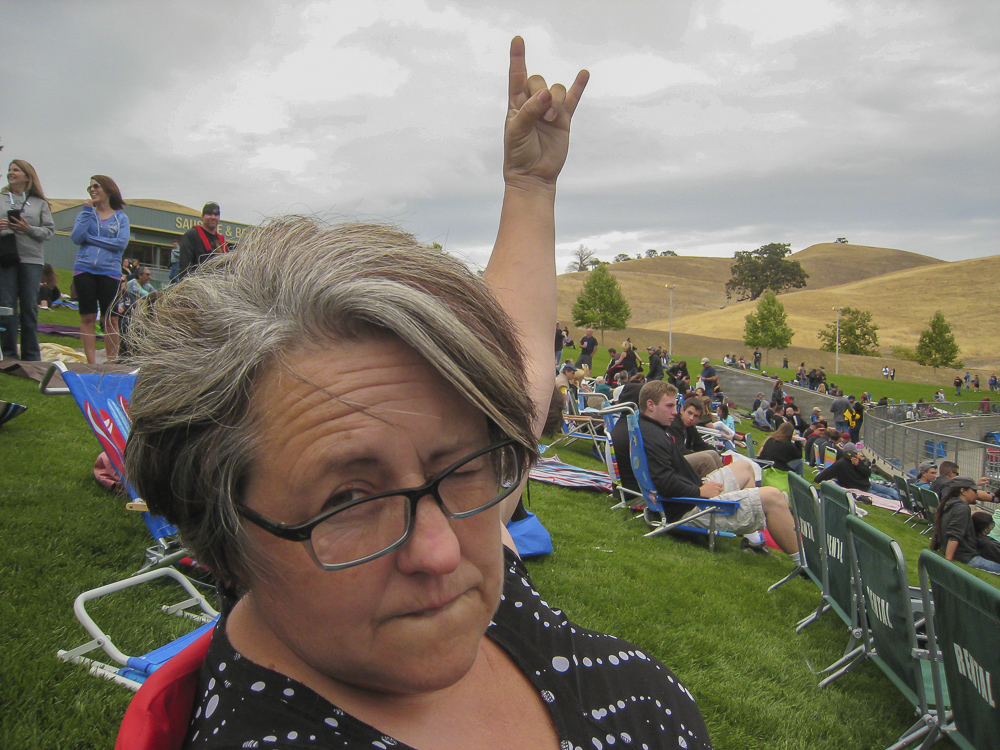 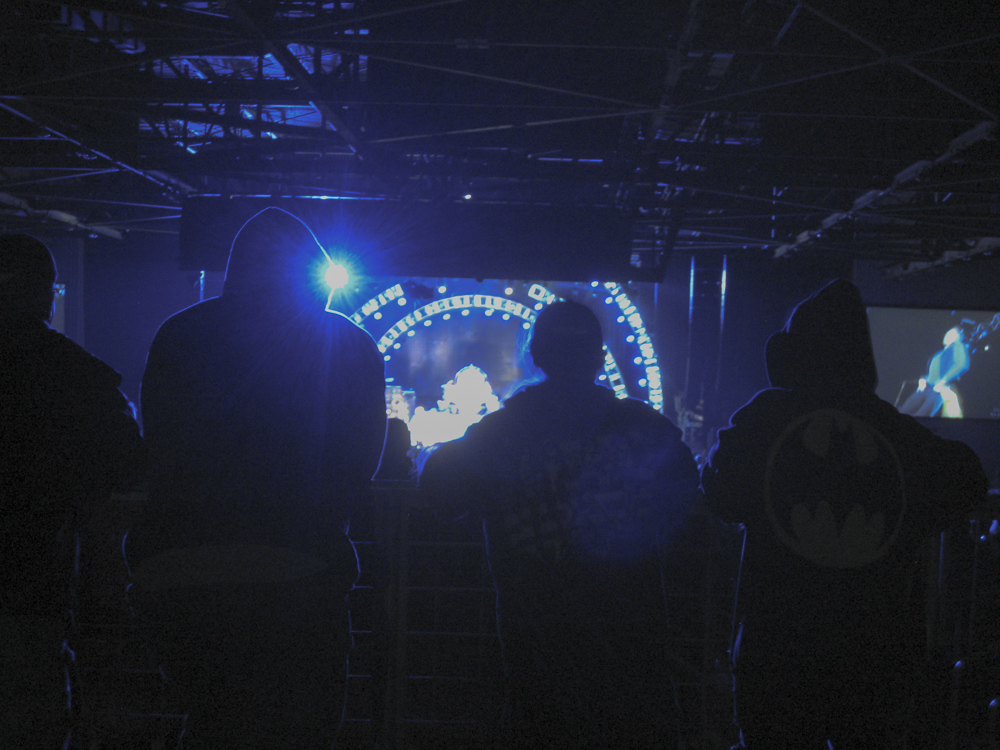