My mother had a large copper mixing bowl hanging over her stove——for how many years, I don’t know. I’d forgotten it was there until my brother John asked me if I wanted it. Yikes! It was covered with grease spatters that had turned to turquoise globs from a chemical reaction to the copper and the once bright copper was a dark, dingy brownish black. The entire bowl was a gummy black mess, inside and out. I took the bowl and decided to clean it today but didn’t want to use any harsh chemical cleaners because it is, after all, a food vessel, and I hate most commercial cleaners because of the smell. I try to use less toxic and less smelly cleaners like baking soda, lemon juice, salt, and vinegar which top my list of household cleaners—when I DO get around to cleaning, that is. A quick internet search had ketchup (recommended by the folks at American’s Test Kitchen) as a good copper cleaner. I tried that first but although it brought back the copper color, the grease globules were still there. Next on the list were salt and lemon juice so I sliced a lemon in half and poured on some Kosher salt. It worked like a charm, quickly removing the greasy globs and brightening the copper.

I wish I’d taken a “before” picture but that didn’t occur to me until I was almost done cleaning the inside of the bowl. This shot shows a few streaks on the inside but I think I just didn’t rinse off all the lemon juice thoroughly. The second picture is the ever curious (in both senses of the word) Bobo who came home Saturday after being boarded at the Vet for a month, and reclaimed her window seat as I attempted to use it as a photo studio. 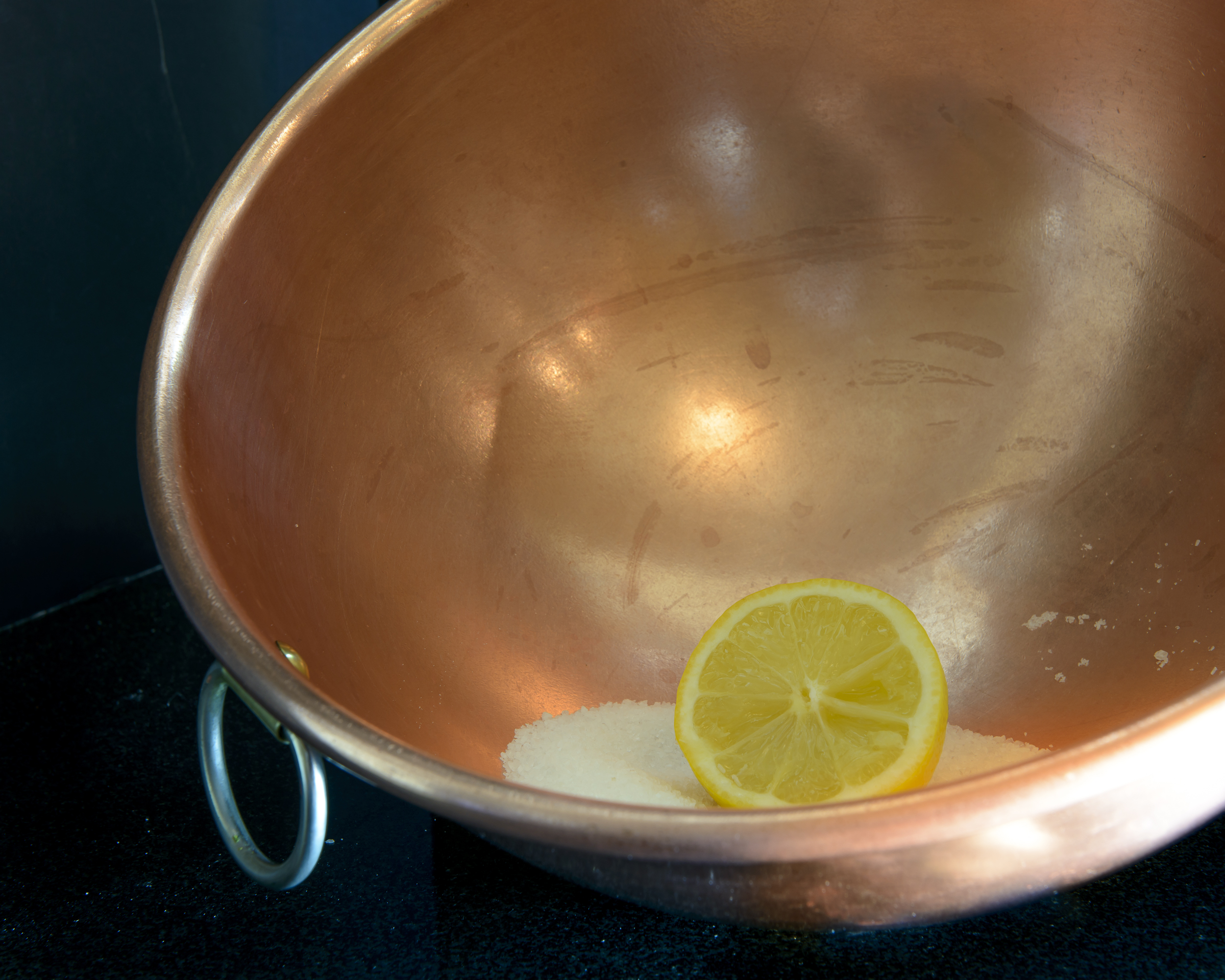 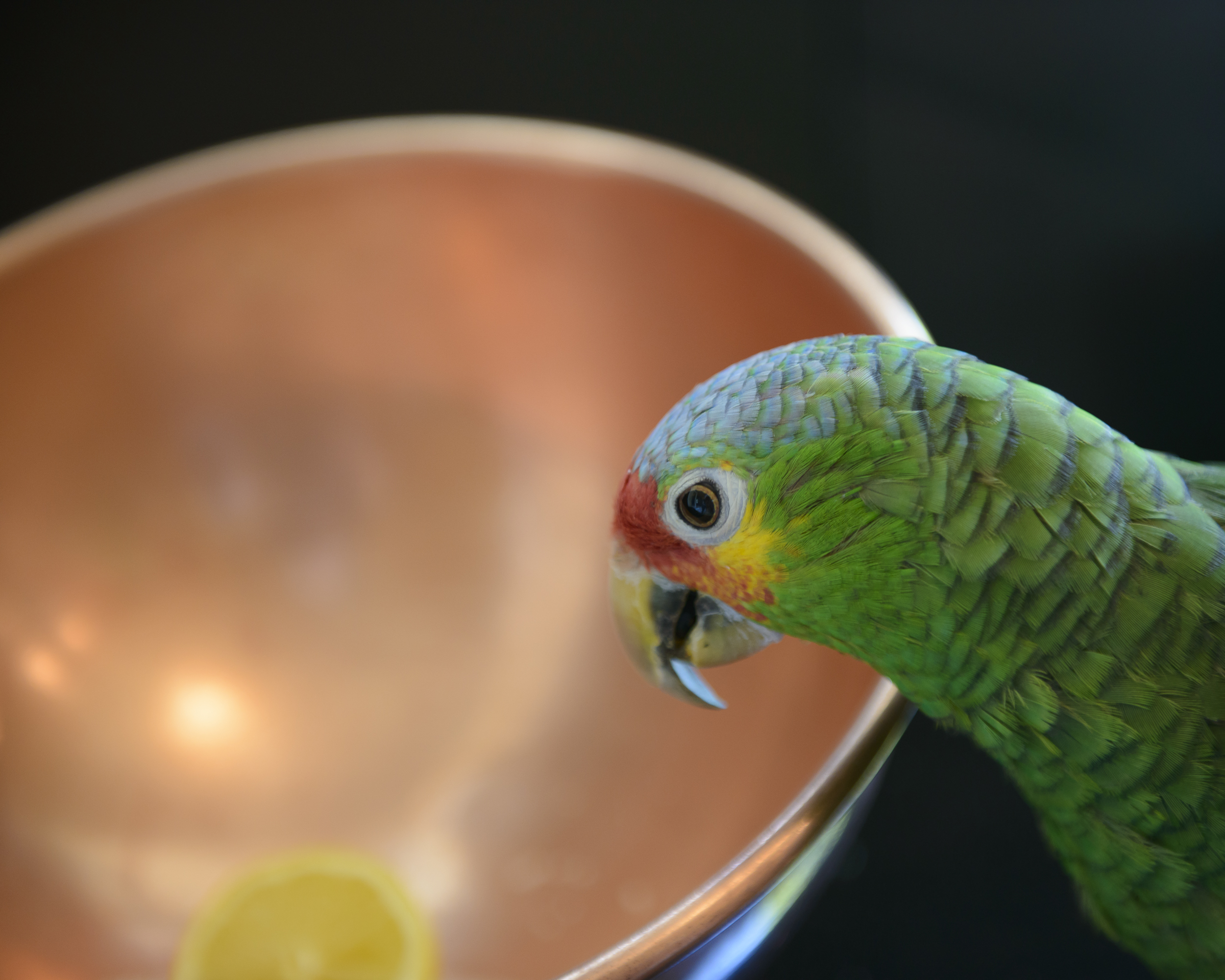