A week or so ago as I stood at the kitchen sink, I noticed a hummingbird fly to one of the feeders…a hummingbird I’d never seen before. It was orange. Turned out to be a Rufous Hummingbird, a species that migrates through California on its way to breeding areas north of here. I was smug because I had my camera already mounted on the tripod with the 80-400mm lens. At last I was ready and the windows were clean enough that I didn’t even need to chance scaring the bird away by opening the door. I placed the camera and tripod in perfect viewing position and casually adjusted the ball head and focused the lens…just as the hummer flew to the other feeder. By the time I fumbled with the panning knob to turn the camera the hummer had flown out of the yard not to return and I never triggered the shutter.

Late Saturday afternoon I got another chance to photography Rufous Hummingbirds…this time, more successfully. After spending seven straight hours photographing flies and the people who tie them, my brother and I were ready to flop down on the patio with a refreshing Black Butte Porter. I didn’t stay seated long. Their two feeders were swarming with hummingbirds. At one point we counted seven. And at least half of the birds were Rufous Hummingbirds. I managed to capture some in focus shots but discovered that my depth of field was too shallow to allow me to get all the birds in focus at once. But since I’ve rarely had an opportunity to photograph more than one at a time, this is new territory for me. I hope I get another chance to try it Sunday. 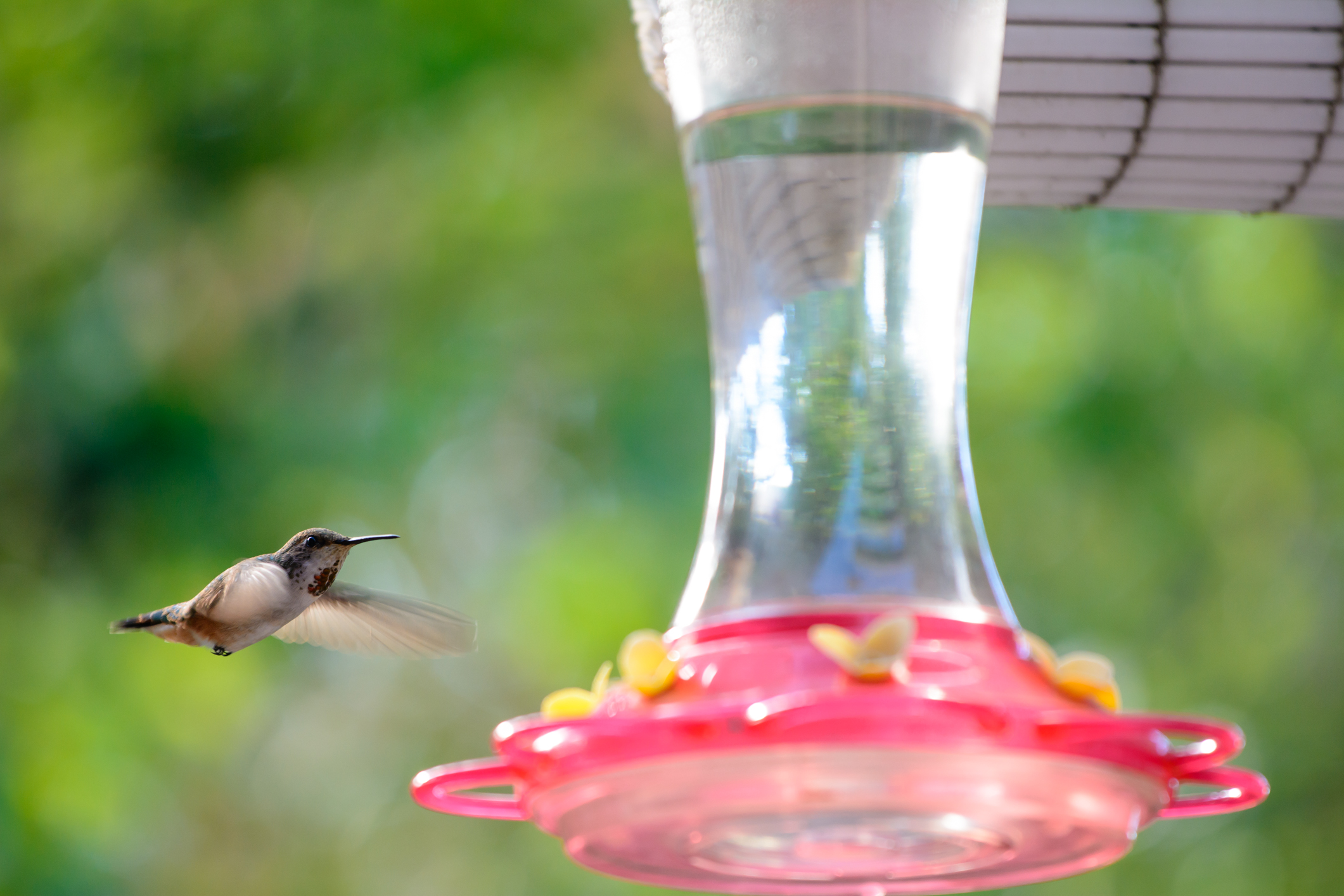 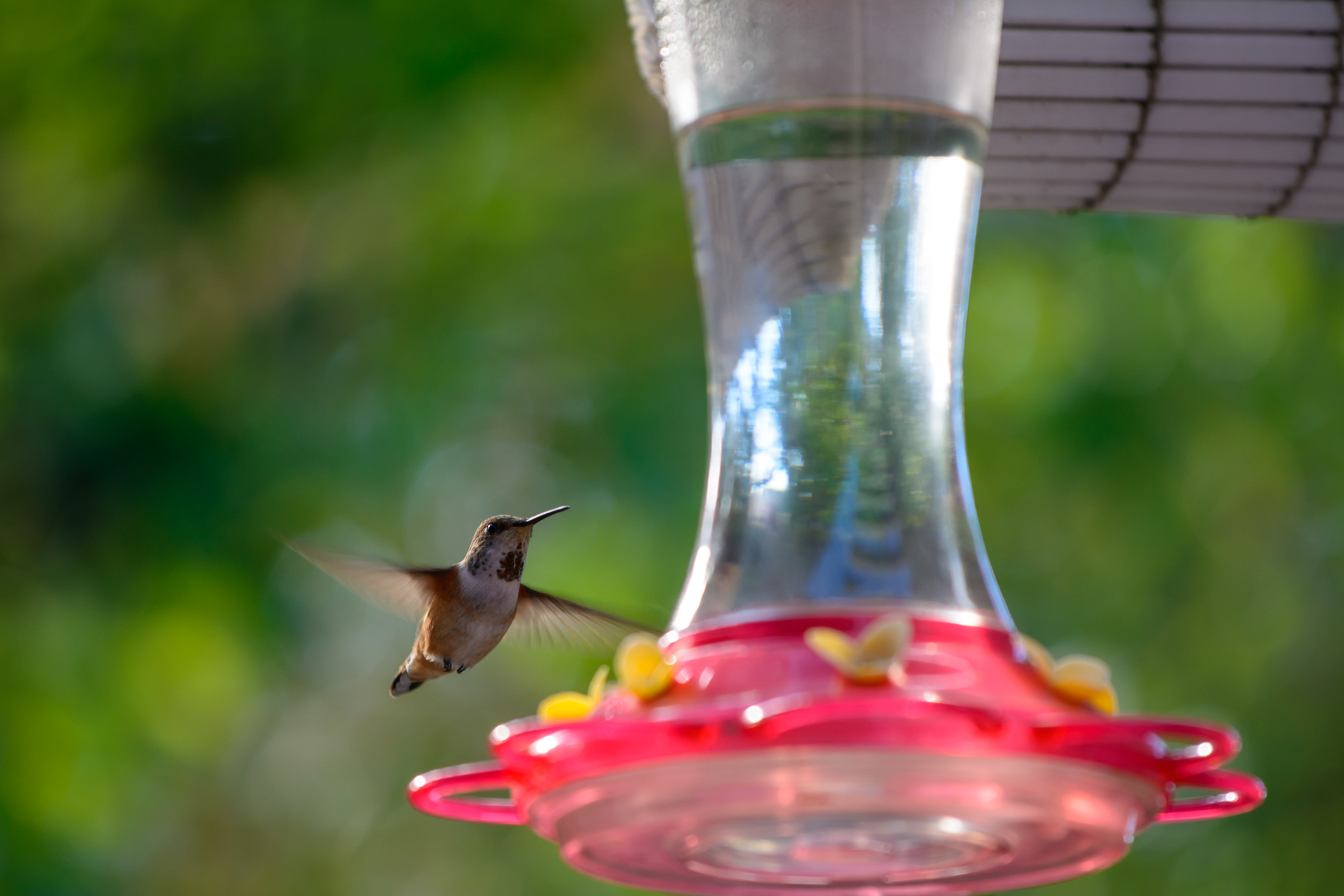 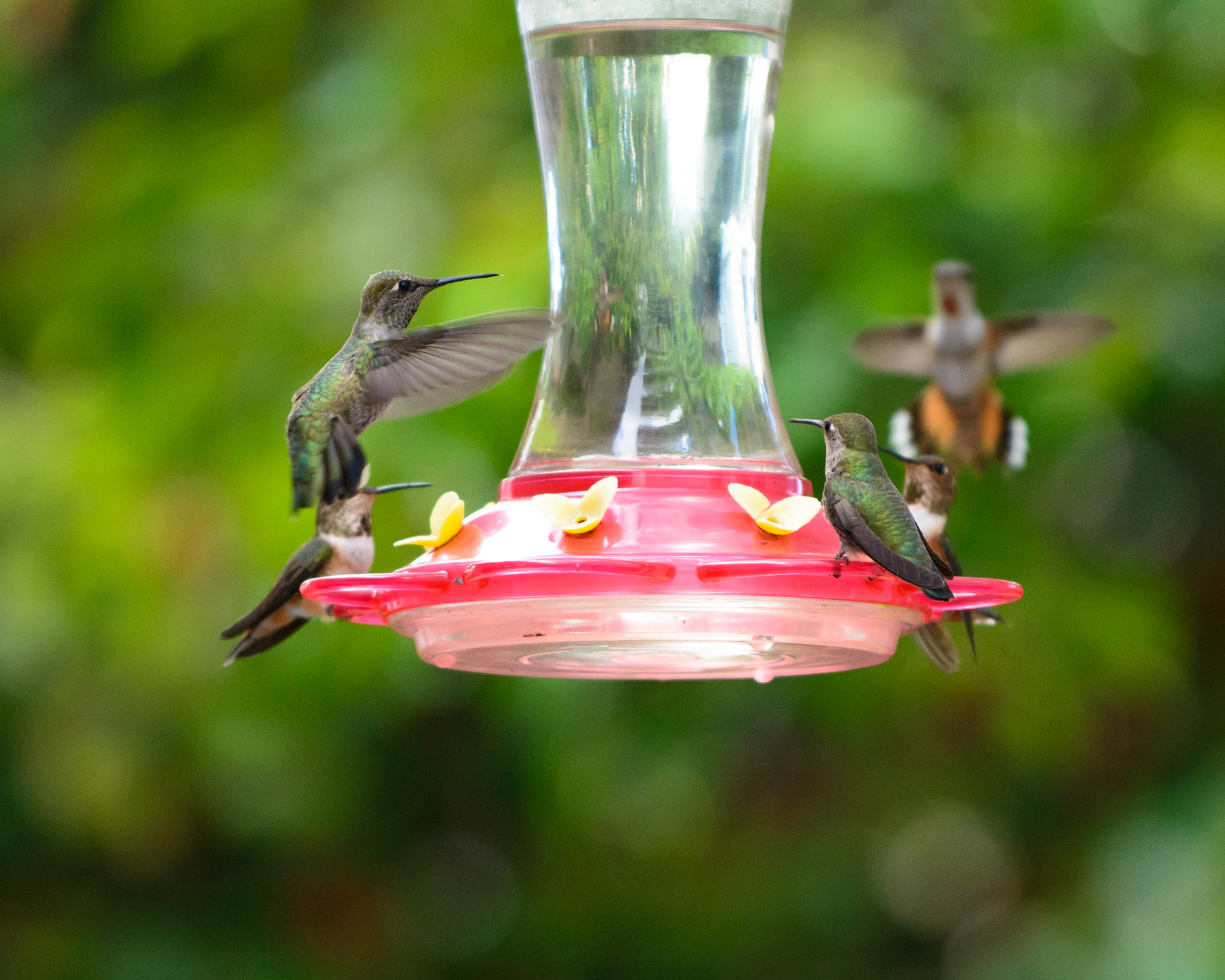 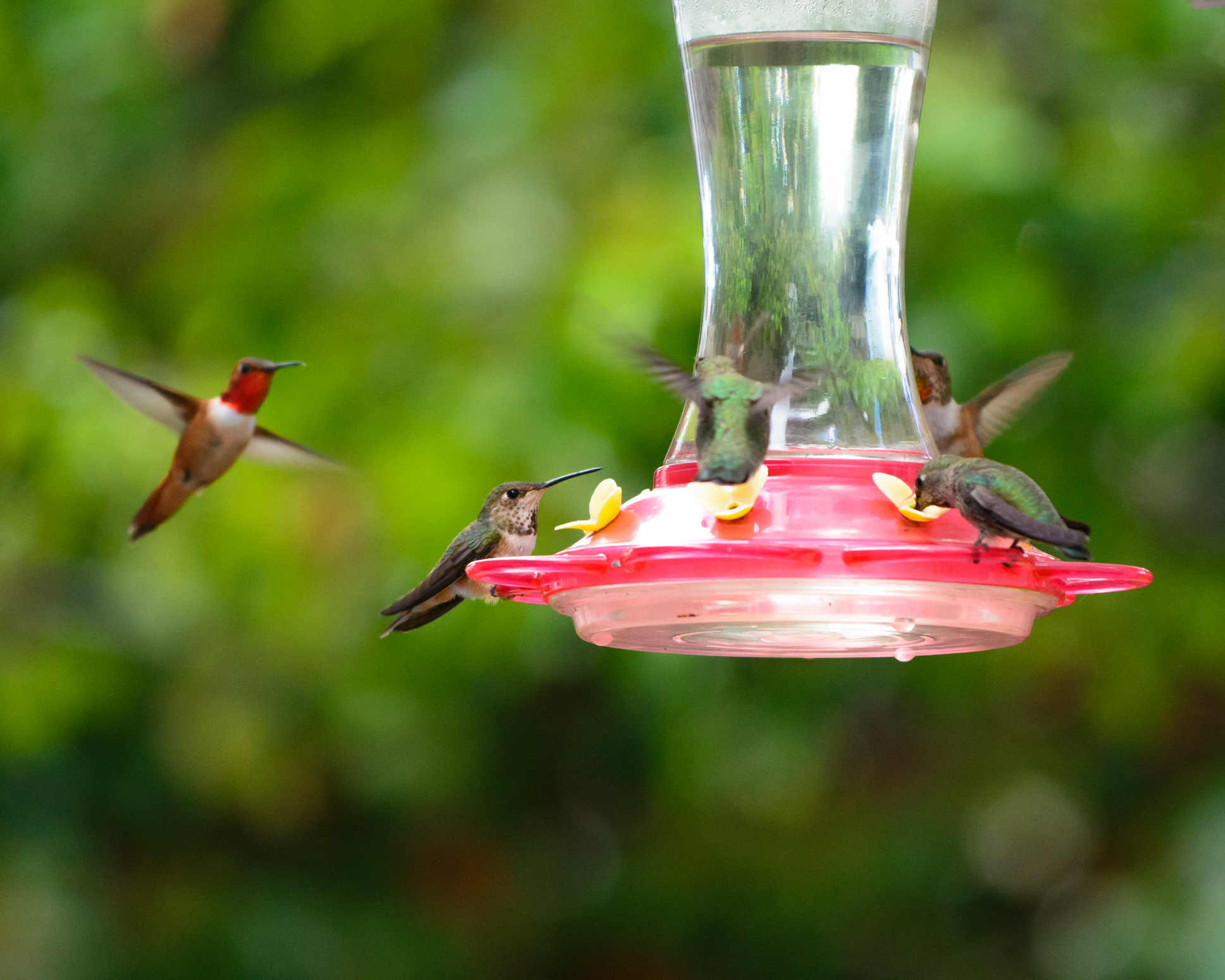 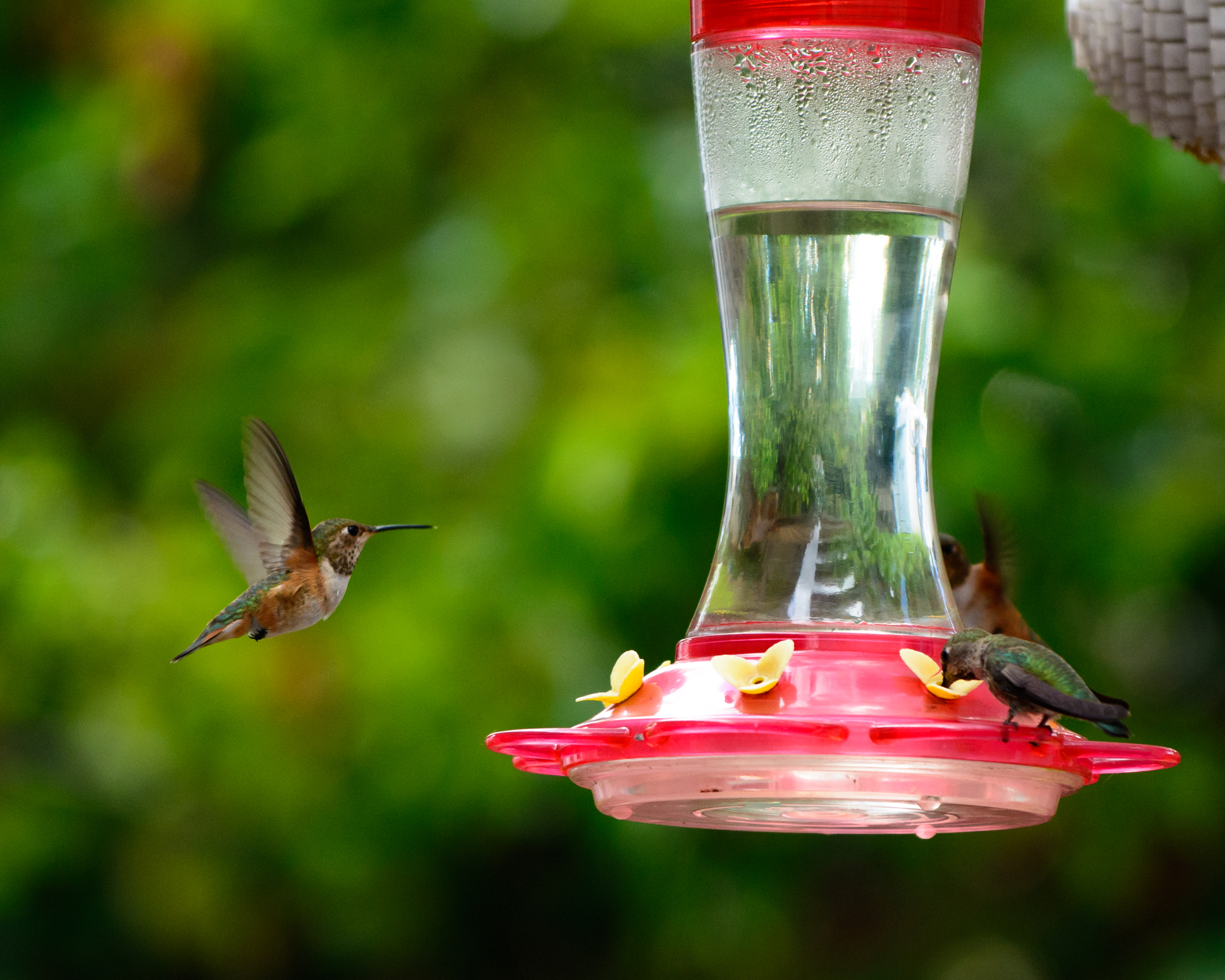